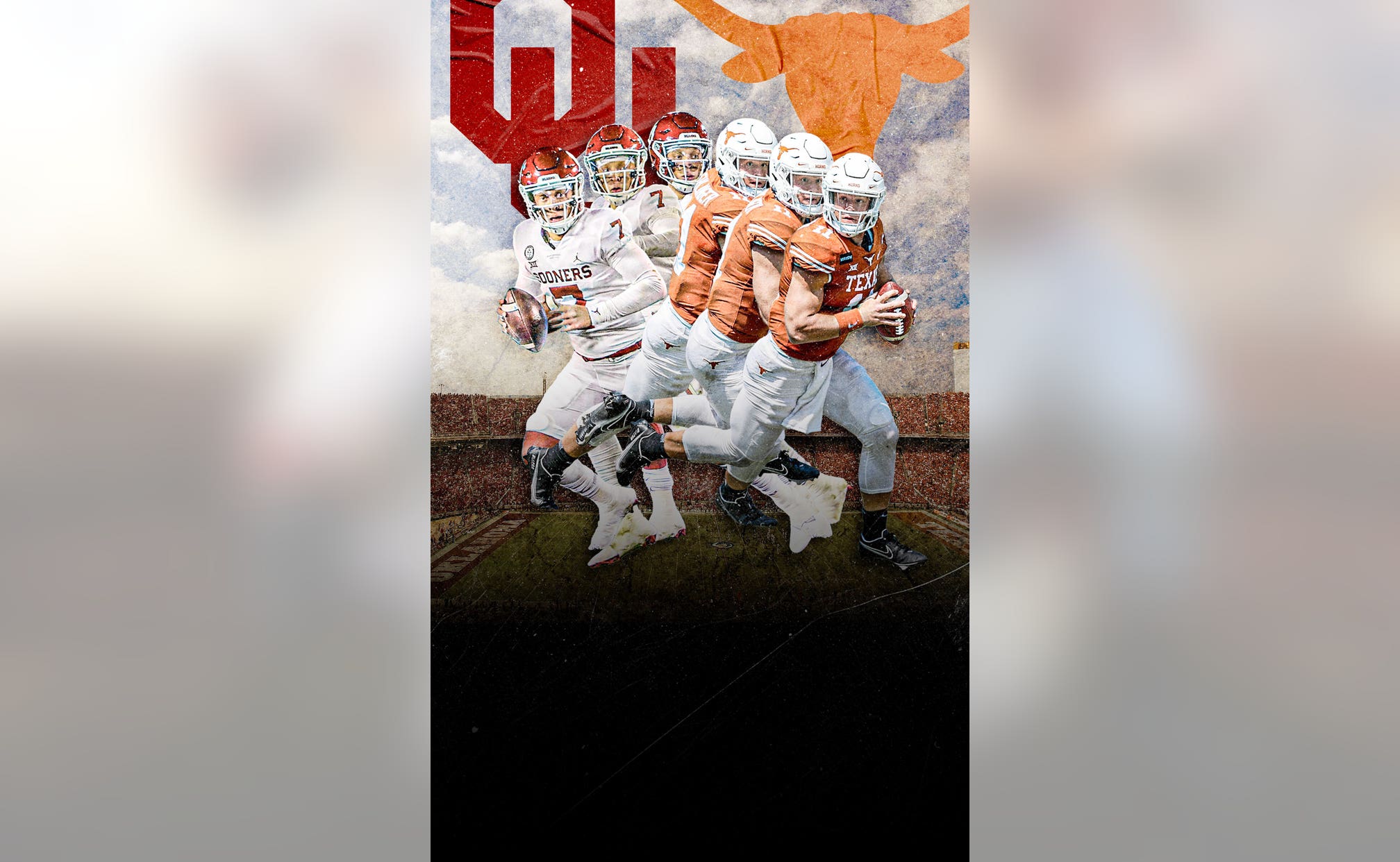 This college football season is consistent in one way and one way only: it started off as odd and just keeps on getting stranger.

While the game’s legion of supporters blanketed across the country are getting used to certain things, like altered schedules and lopsided conference dates, unoccupied bleachers and the emptiness felt by not being there, other quirks remain.

None may be more striking than the status of this weekend’s Red River Showdown between Texas and Oklahoma, programs that take great delight in trying to ruin each other’s season every year. However, both of these teams are far from where the college football world expected them to be at right now.

The Sooners, playoff occupants for the last three seasons, will enter Saturday’s clash on the back of a pair of defeats, which eliminated them from national title contention and condemned them to an 0-2 conference start for the first time since 1998.

Texas is also hurting, having gone down 33-31 to TCU last week, a result that put the Longhorns’ odds of getting into the national picture in severe peril.

Yet perhaps it is a sign of these times, that all the chaos and upheaval and weirdness of it all has somehow made the game feel extra significant.

“When you look at these two schools and where they are it just makes the game even bigger,” FOX Sports college football analyst Matt Leinart told me via telephone. “If Texas doesn’t win now, when do they? If Oklahoma can come away with a win, they are going to be breathing a huge sigh of relief.

“Desperate times call for desperate measures. This one is different. It is not something that is going to shake things up on a national scale, but when you get inside it, this historic, fierce and epic rivalry, it is everything.”

Many fans feel the same way. Texas diehard Caden Smith, 51, has memories of this matchup that date back to the “spying” feud of the mid-70s, when rival coaches Barry Switzer and Darrell Royal made no secret of the fact they despised each other.

“It might be all we have now,” Smith told me. “Obviously there are often big national implications associated with the rivalry and that’s great, but when the only thing at stake is the bragging rights it gets me even more fired up.

“It is your one chance maybe to get something to feel good about from the season. It is all about beating Oklahoma.”

Rivalries don’t obey the usual rules. In truth, Texas-Oklahoma games do take on a special gravitas when a Big 12 championship or playoff spot is at stake. But Red River hostilities also have a unique kind of isolated purity. Sometimes, winning a rivalry game - for nothing more than the rivalry’s sake - is the sweetest feeling of all.

This is a battle based on geographic proximity that spills into college football’s eternal struggle, recruiting. There is passion and tension and, just like there should be in a proper rivalry, a decent amount of lingering mutual dislike.

“Red River is doubly important because the two programs mine the state of Texas for top talent,” wrote CBS Sports’ Dennis Dodd. “The game becomes both a showcase for that talent and a three-hour recruiting commercial for the next wave of players.”

It is also the kind of showdown where coaches make their reputations or sometimes lose them, where names can be made and broken.

“Both teams have some serious talent and some fatal flaws,” wrote the Oklahoman’s Jenni Carlson. “Mix those ingredients on a big stage like the Cotton Bowl, and memorable plays could happen. And when someone makes a memory, there’s always someone on the other side having a moment they’d just as soon forget.”

Time only makes the legend of those who have thrived in these games grow.

The two players positioned to have the greatest impact this time couldn't be at more polar opposite stages of their career. Sam Ehlinger is playing in his fifth game against Oklahoma and wants to avoid being the first Texas QB to lose four times to the old enemy. Oklahoma’s Spencer Rattler is a redshirt freshman that has never played in front of a roaring crowd at the college level.

Even past QBs get involved – even when they have other things on their mind. Former Sooner Baker Mayfield posted this: “Orange on me but it ain’t burnt…horns down forever,” a reference to Texas and his Cleveland Browns partially sharing colors. “You know what week it is,” he added.

Leinart feels that the repercussions for a defeat on Saturday are more severe for the Longhorns. While the past couple of weeks have been somewhat of a culture shock for an Oklahoma fanbase that has gotten used to binge winning during the Lincoln Riley era, there is a general understanding that some kind of rebuild was necessary following the graduation and departure of several key figures.

There is a level of excitement about Rattler, who seems to have a big upside, yet this year has an unmistakably transitional feel to it.

For Texas, this was supposed to be win-time for Herman and his group.

“When you coach at Texas there are expectations,” Leinart said. “You are expected to win championships. Sometimes that is not realistic but sometimes it is. People are searching for what Texas’ current identity is and Herman has been very inconsistent, both in the Big 12 and in the games that really matter.”

Herman has also come unstuck against unranked opponents. Usually, Oklahoma wouldn’t fall into that category, or come anywhere near it. This time, they do.

It is not the only thing that’s different, but that’s 2020. And yet, because this is the Red River Showdown, it still feels like there is everything on the line.