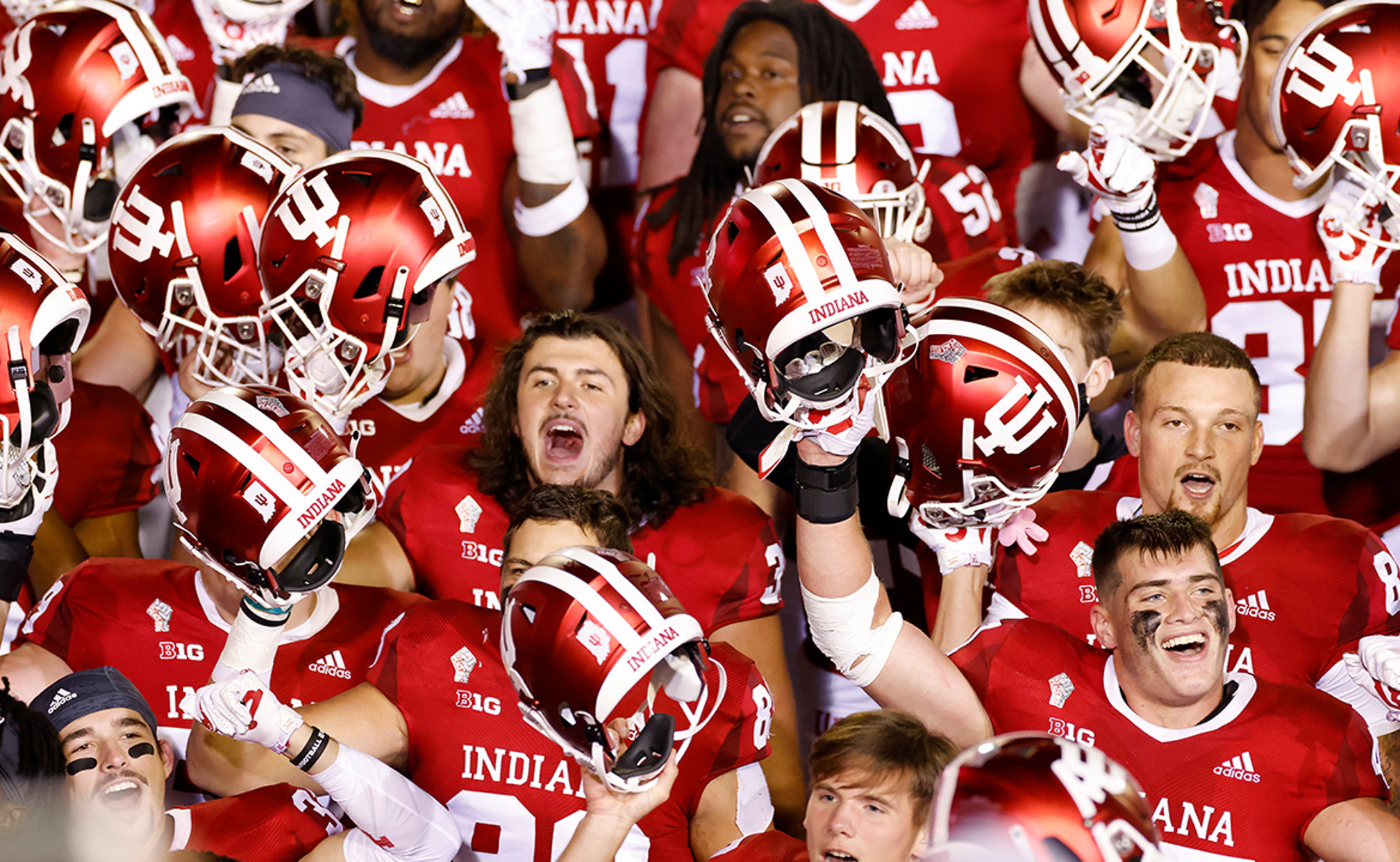 If all the chaos of 2020 could be encapsulated in the final minutes of a football game, it would be Indiana's win over No. 8 Penn State in the opening weekend of Big Ten football.

It was quite the upset, as the Nittany Lions were favored by 6.5. (All odds provided by FOX Bet).

The game seemed over for Indiana when the team failed on fourth-and-21 with a little under two minutes remaining.

But down by one, the Hoosiers allowed the Nittany Lions' Deyvn Ford to score on the next play, giving enough time for Indiana to take the ball back and drive down the field – which was exactly what happened.

With the score 28-20, the Hooisers ran it into the end zone seven plays later and scored the 2-point conversion to force overtime.

Penn State got a touchdown first, and Indiana responded with one of their own. Then, Hoosiers coach Tom Allen went for the win and earned it by the slimmest of margins with the greatest stretch you'll ever see.

FOX Sports rules analyst and former VP of officiating Mike Pereira broke down the call on the field and the fact that the ruling stood after the game.

Got all of that? Just in case, here's a recap of the whirlwind closing possessions for both teams.

And Twitter certainly had thoughts, from fans, athletes and analysts celebrating the underdog win to those who had questions about that final, non-overturned conversion.

Here are the best reactions to this massive upset in the first week of the Big Ten's return, including a look at how improbable Indiana's win was.