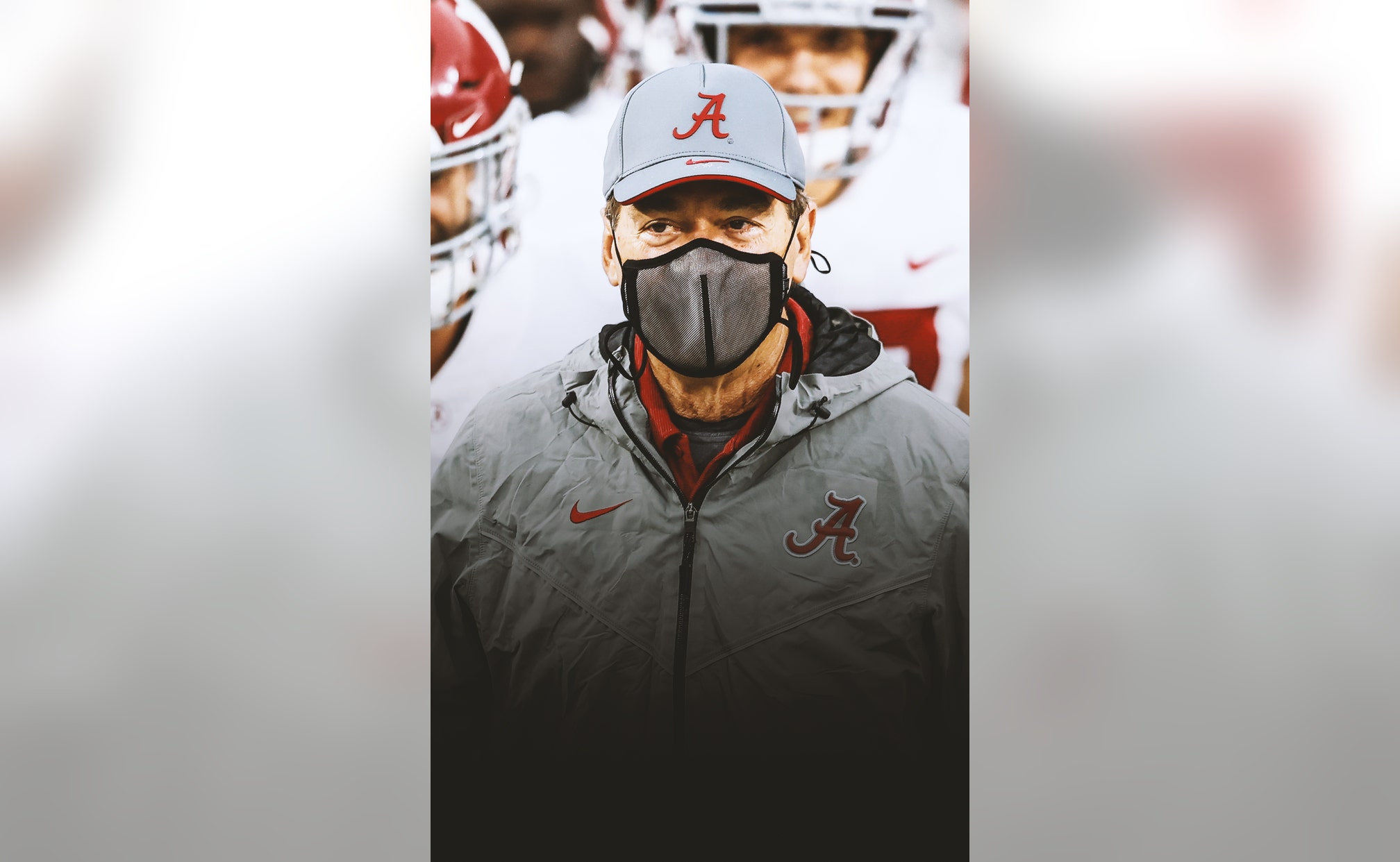 The news comes 48 hours after Saban's initial positive result and creates the possibilty for Saban to coach Saturday night's home contest against No. 3 Georgia.

If Saban yields two more negative tests, each 24 hours apart, his initial test would be confirmed as false positive per SEC protocols and he would be permitted to resume coaching duties.

He will continue to be tested daily, meaning he could test negative Friday and Saturday morning, allowing for the opportunity to coach Saturday night.

Until he is cleared with two negative tests, Saban will remain quarantined.

The 68-year-old Saban said in a statement on Thursday:

"I informed our team of my positive test at 2 p.m. today on a Zoom call and let them know offensive coordinator Steve Sarkisian will oversee preparations at the complex while I work from home."

The statement also included that the positive tests were limited to Saban and Byrne, and that those considered "high risk contacts" have been notified.

Saban's daughter, Kristen, revealed that the six-time National Championship winner was not exhibiting symptoms and found a way to coach from afar.

Per Bruce Feldman, Saban spoke of the importance of following protocols following his diagnosis, despite believing he did a good job adhering to recommendations.

The news out of Alabama comes hours after the SEC announced Wednesday that a marquee Saturday matchup between No. 10 Florida and LSU has been postponed due to positive COVID-19 tests within the Gators program.

The new Dec. 12 date is the conference's built-in bye week, which lands just a week before the SEC championship game.

The players and staff who tested positive are asymptomatic or exhibit mild symptoms. Said Stricklin:

"We've reached a point where we don't think it's appropriate to play this game. When you add in those who are quarantined through contact tracing as a result of those positives in addition to a handful of players on the non-COVID list, it gives us less than 50 scholarship players available."

SEC guidelines require at least 53 scholarship players available this season to avoid a cancellation, rescheduling, or no-contest declaration of a matchup.

Florida players confirmed on Wednesday that they exhibited allergy-like symptoms before the trip to College Station last weekend to take on Texas A&M, but didn't report to team officials.

The number of positive coronavirus results continued to increase, and Florida shut down its football facilities on Tuesday.

The entire team underwent testing on Wednesday morning, and mandatory daily testing will continue until the outbreak is under control.

It marks the second SEC game this week that has been postponed, joining Missouri at Vanderbilt.

Due to the Gators' abundance of positive tests and players in quarantine, next week's game against Missouri might also be in jeopardy.

The Biggest Game Of The Year
The second and third ranked teams in the nation meet on Saturday with a lot on the line. Find out the latest from FOX Bet.
4 days ago

Rattler's Redemption
Spencer Rattler is Reggie Bush's 'Playmaker of the Week' after leading Oklahoma to a 4OT win over Texas last Saturday.
4 days ago
those were the latest stories
Want to see more?
View All Stories
Fox Sports™ and © 2020 Fox Media LLC and Fox Sports Interactive Media, LLC. All rights reserved. Use of this website (including any and all parts and components) constitutes your acceptance of these Terms of Use and Updated Privacy Policy. Advertising Choices. Do Not Sell my Personal Info