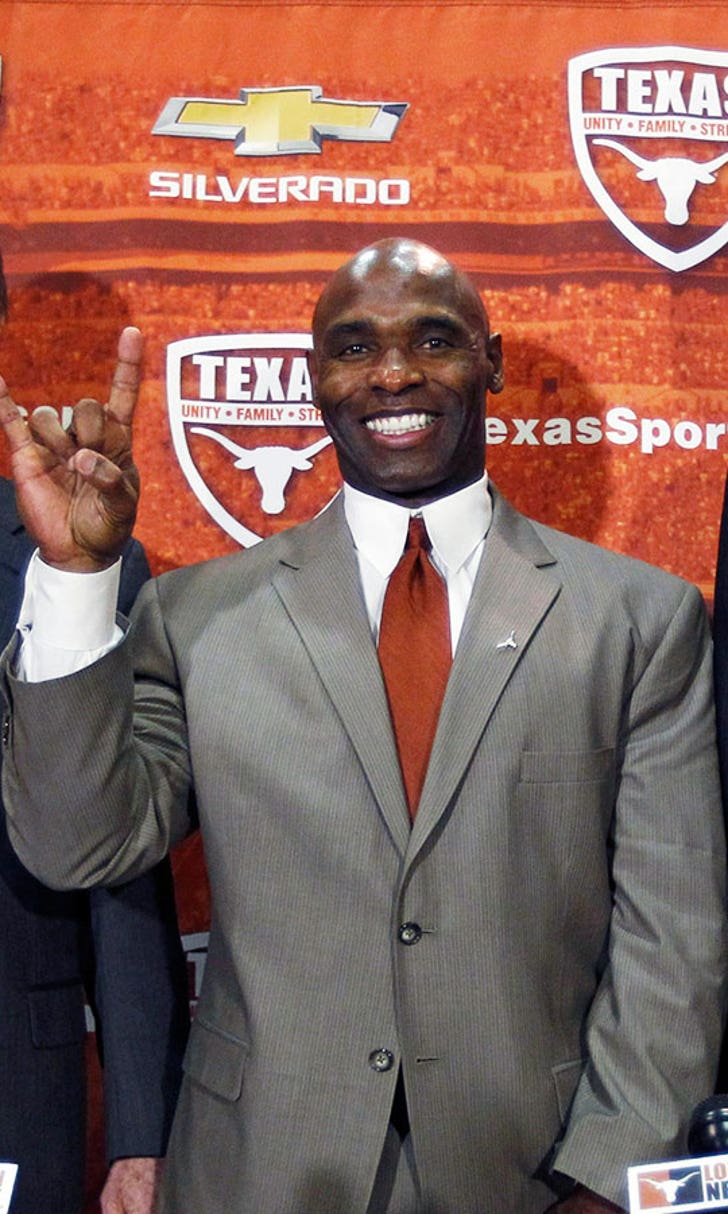 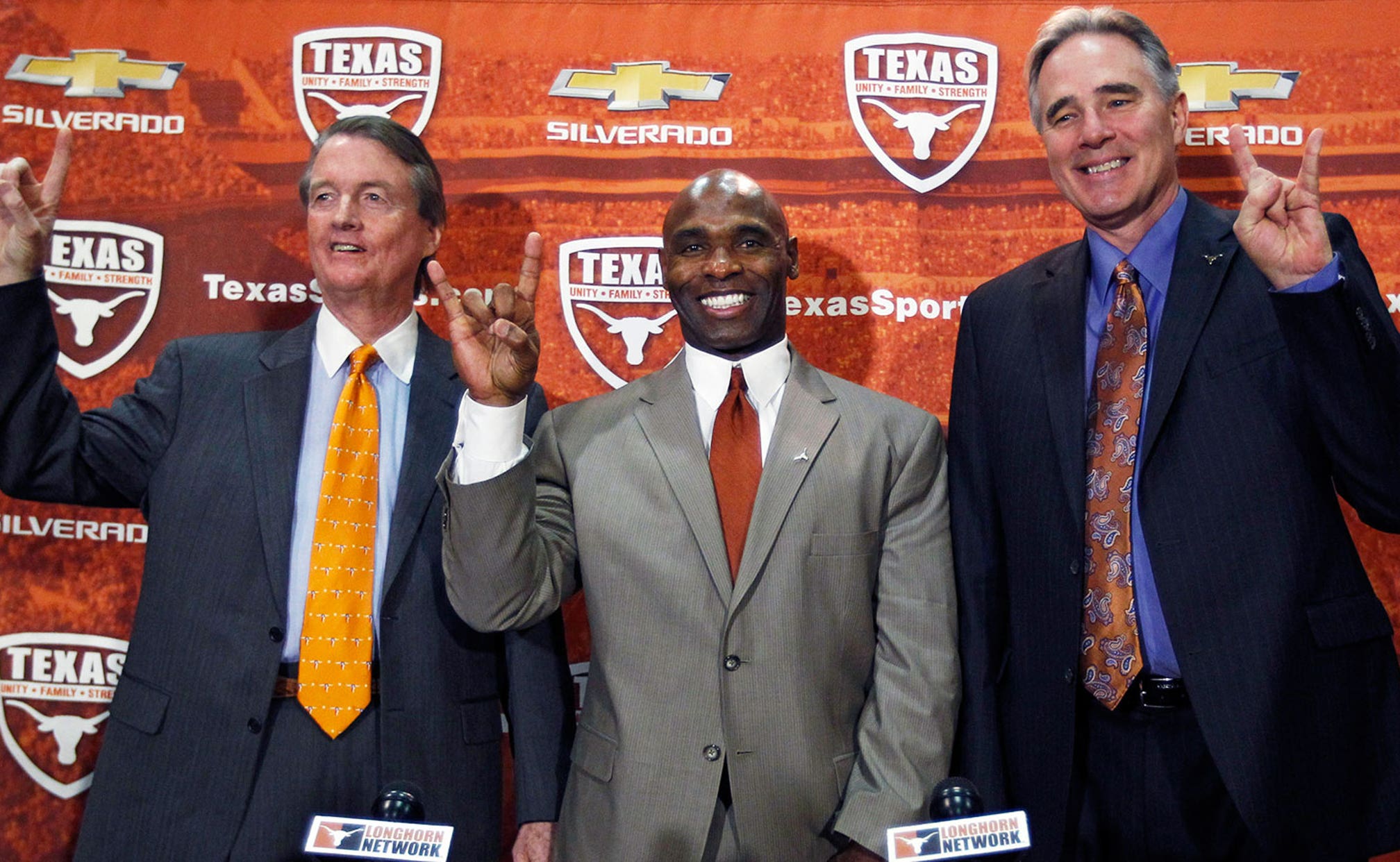 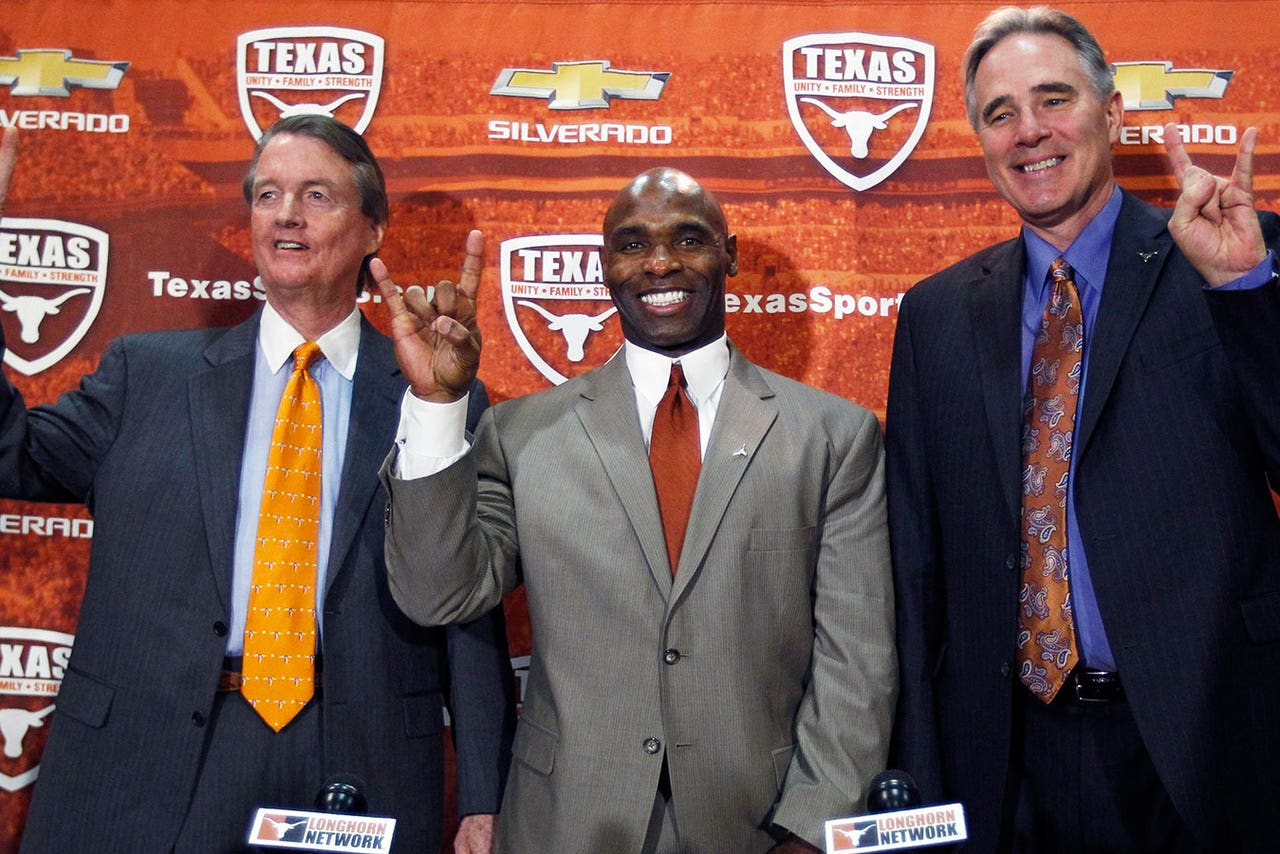 According to a report by Chip Brown of Horns Digest, Charlie Strong explored bringing both Tom Herman and Chad Morris to Texas as offensive coordinator, but was told 'no way' by Patterson. Herman, a former graduate assistant at Texas under Mack Brown, is the first-year coach at Houston leading the 10-0 Cougars' resurgence. He is now a top candidate to replace Steve Spurrier at South Carolina.

Herman, according to Brown, told Strong he expected big things from Ohio State, where he was offensive coordinator in 2014, and felt he'd be a head coaching candidate. Which he was. Morris is the first-year head coach at SMU. According to Chip Brown, Morris would have come to Texas.

The sticking point, according to Brown, was Morris' $5 million buyout that Patterson as unwilling to pay.

With those choices scratched, Strong stuck with Shawn Watson, his offensive coordinator and play-caller at Louisville. In two seasons, Texas has failed to carve out an offensive identity, and Strong was forced to remove Watson as play-caller after the 38-3 season-opening loss at Notre Dame.

First-year wide receivers coach Jay Norvell took over the play-calling duties, but hasn't produced a consistent attack with redshirt freshman quarterback Jerrod Heard, who replaced Tyrone Swoopes as the starter following the Notre Dame loss. Most expect Strong to look for a new offensive coordinator after the season.