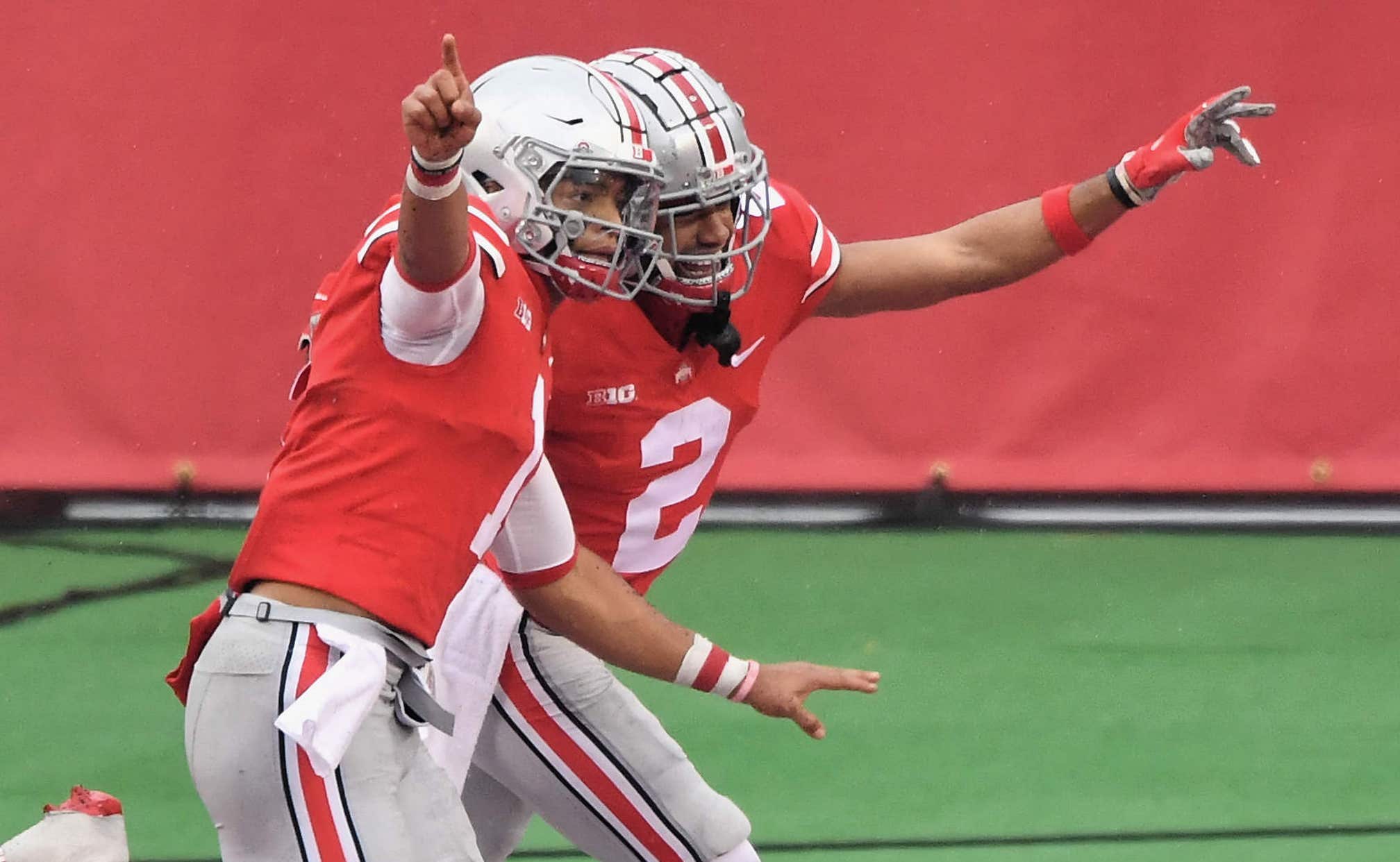 No. 3 Ohio State sent a message to the college football world on Saturday by taking down the previously unbeaten No. 9 Indiana Hoosiers.

But Indiana sent a message, too.

Here are the key takeaways from Ohio State's narrow home win over the Hoosiers.

Ohio State quarterback Justin Fields still put up his usual numbers through the air and on the ground Saturday, finishing with 300 passing yards and two touchdowns, while rushing for 78 yards and a score.

However, he also uncharacteristically struggled when it came to ball possession, tossing three interceptions on the day.

On the other sideline, Hoosiers quarterback Michael Penix Jr. dealt with no such struggles, torching the Buckeyes' defense from start to finish.

Penix closed the day 26-for-50 passing with 491 yards, 5 touchdowns and one pick – which did happen to be a pick-six.

Very rarely does an opposing quarterback outplay Fields individually, but that was the case on Saturday.

Still, it wasn't enough to secure a victory for the Hoosiers.

What Fields lacked through the air, the Buckeyes' rushing attack made up for on the ground.

OSU running back Master Teague III ran all over the Hoosiers defense to the tune of 169 yards and two scores, and the Buckeyes registered 307 total rushing yards and three touchdowns.

Meanwhile, while Penix Jr. was dominant through the air, the Hoosiers were not able to get anything going on the ground, ending the day with -1 yards on 16 carries.

Who can stop OSU?

Ohio State came in as 13.5-point favorites against undefeated Indiana, according to FOX Bet.

But if the Hoosiers had any shot at knocking off the Buckeyes, it probably would have relied on the play of Fields, a Heisman Trophy candidate who has been unstoppable since landing in Columbus last season.

However, even with Fields having his "worst day" as a Buckeye, the Hoosiers could not overcome Ohio State.

OSU coach Ryan Day is now 20-1 over the past three seasons, with a Big Ten title and College Football Playoff berth on his resume.

The Buckeyes are heavy favorites to win the Big Ten for a fourth straight season (-900), and the next closest competitor is Wisconsin (+650).

Ohio State will close the season with matchups against Illinois, Michigan and Michigan State, three teams with a combined record of 3-9 coming into Saturday.

If form holds, a third CFP berth in five years awaits the Buckeyes, and OSU currently has the second-best odds to win the national championship (+200), just behind Alabama (+700).