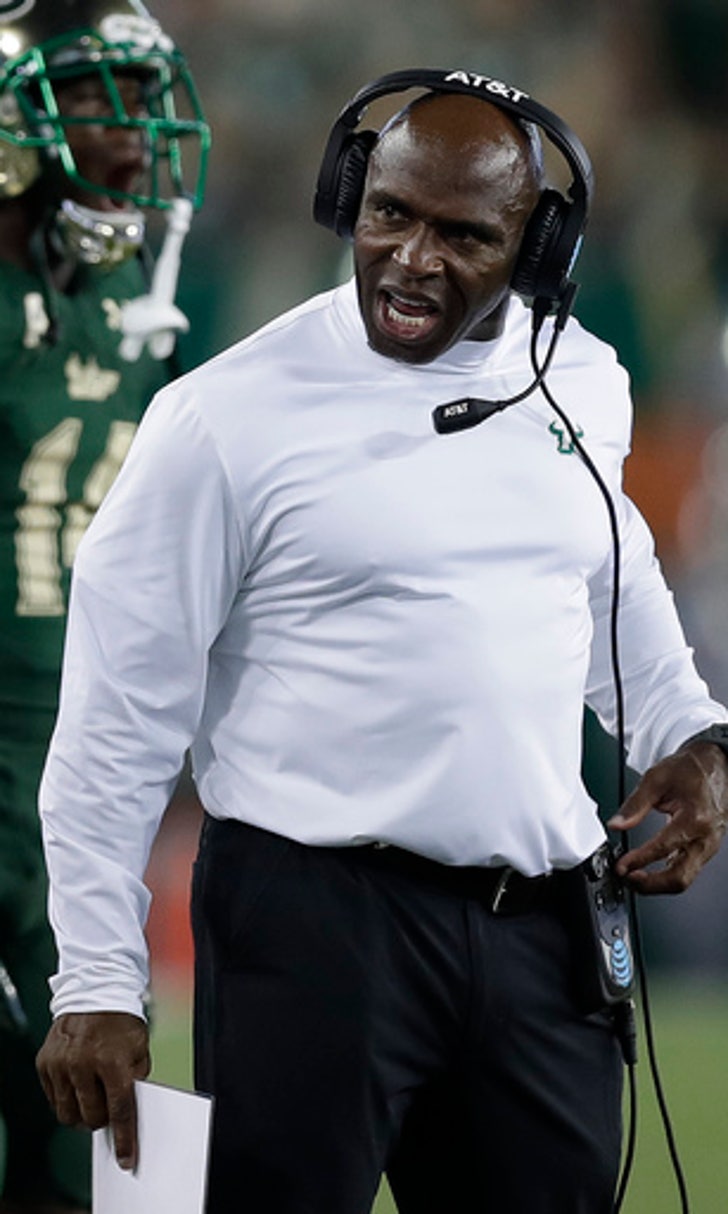 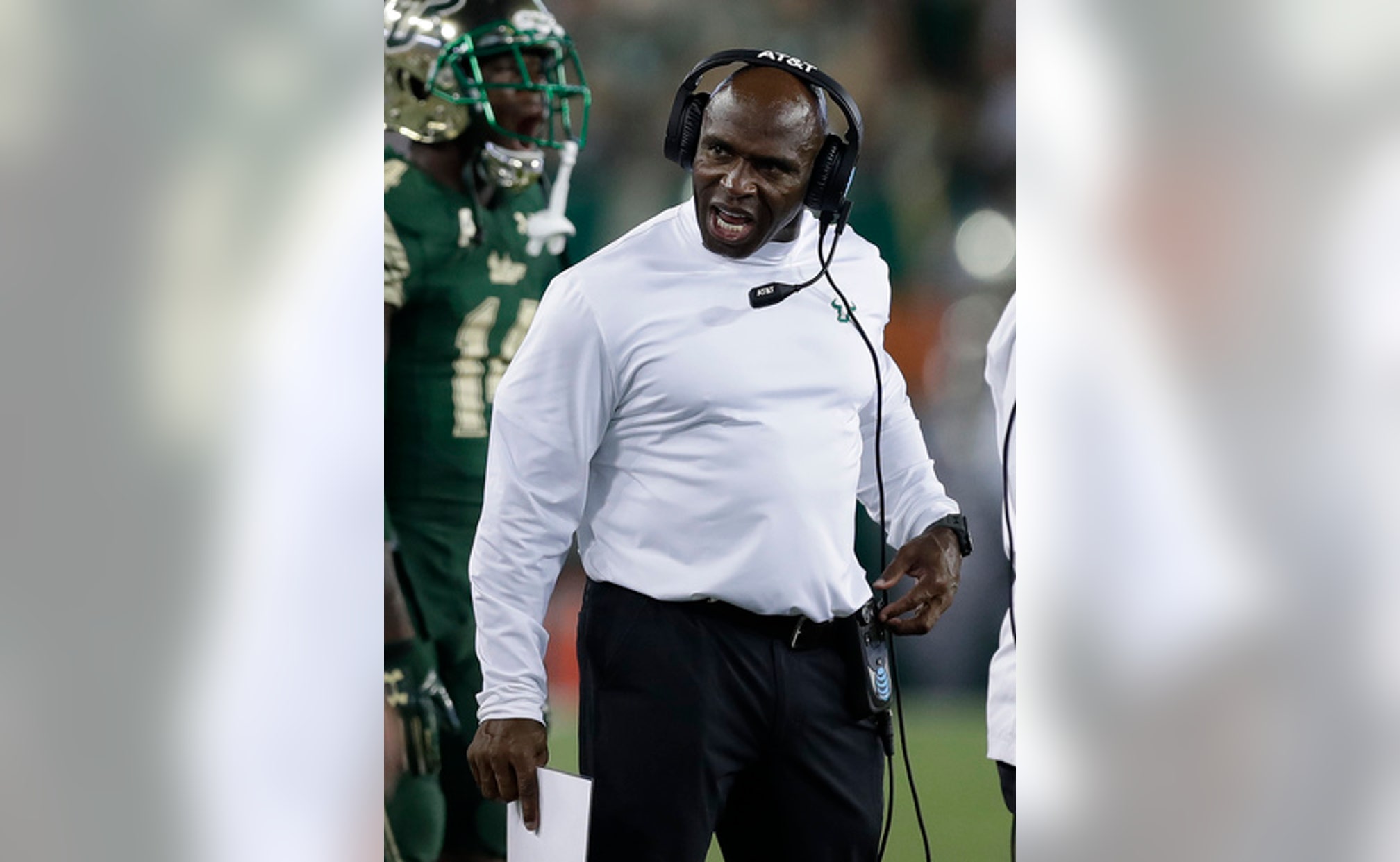 There was plenty for Charlie Strong to like Friday night in a 47-23 rout of Illinois, but nothing resonated more than the way Flowers led the Bulls back from a Hurricane Irma-layoff.

The dual threat quarterback threw for 280 yards and four touchdowns, moving ahead of Matt Grothe and B.J. Daniels into second place on USF's career touchdown pass list with 53.

''We can still improve,'' Strong said, ''but offensively it was a major step for us. Offensively we hadn't produced like that,'' in the first two games.

The Bulls (3-0) beat a Big Ten opponent for the first time on a night USF honored first responders who worked the past week to help victims of the massive storm that impacted the entire state of Florida.

''We felt like we had a chance to give back ... provide some relief for our communities, if only for a few hours,'' coach Charlie Strong said.

''I was really proud of how our team responded,'' to a short practice week that followed the postponement of last week's game at Connecticut, Strong said, adding that senior leadership provided by Flowers was one of the keys to the dominating performance.

Illinois (2-1) stumbled in what also was a homecoming of sorts for coach Lovie Smith, who returned to the stadium where he led the Tampa Bay Buccaneers for two seasons before being fired and accepting the challenge of rebuilding the Illini.

Illini freshman Mike Epstein scored on a 46-yard run and a 21-yard pass from Jeff George Jr., who replaced starter Chayce Crouch in the second half.

''A total breakdown, but, of course, it counts one game,'' Smith said. ''The good part about it is we're going to leave our nonconference schedule and get to Big Ten play.''

Flowers completed 15 of 25 passes, including TD throws of 39 yards to Deangelo Antoine, 17 yards to Marquez Valdes-Scantling, 17 yards to D'Ernest Johnson and 13 yards to Tyre McCants. Flowers also scored on a 6-yard run on the last play of the first half and finished with a team-best 106 of USF's 376 yards rushing.

Illinois: Played like a young team that will struggle against strong competition. The Illini committed 12 penalties for 110 yards in the first half alone - embarrassing, unless you consider USF was even worse up to that point with 14 penalties for 115 yards. Epstein continues to be a reason to feel good about the program's future, finishing with 56 yards rushing, 27 receiving and two TDs.

South Florida: Despite being 3-0, the Bulls have yet to play a complete game. They've hurt themselves with penalties and breakdowns on special teams in every game, and once again the offense had difficulty finishing drives early. With Flowers accounting for 81 yards, the Bulls outgained the Illini 184-21 in the opening quarter, yet USF only led 9-2. Illinois kept it close by blocking a field goal, turning another block into a defensive extra point and intercepting Flowers in the end zone.

USF provided first responders who attended the game up to four free tickets apiece. Coach Charlie Strong also offered every high school team in the state free admission to the nationally televised game, which began 37 minutes late because of a lightning delay.

The school said more than 80 prep teams, many of them idle because their games were canceled because of Hurricane Irma, accepted the invitation.

USF began the season ranked 19th and slipped three spots after having to overcome slow starts to beat San Jose State on the road and Stony Brook at home. Illinois might be the best of the teams they've faced but a less-than-sharp performance against the Illini likely won't do much to improve their position.

Illinois: Off next week before the Big Ten opener at home against Nebraska on Sept. 29.