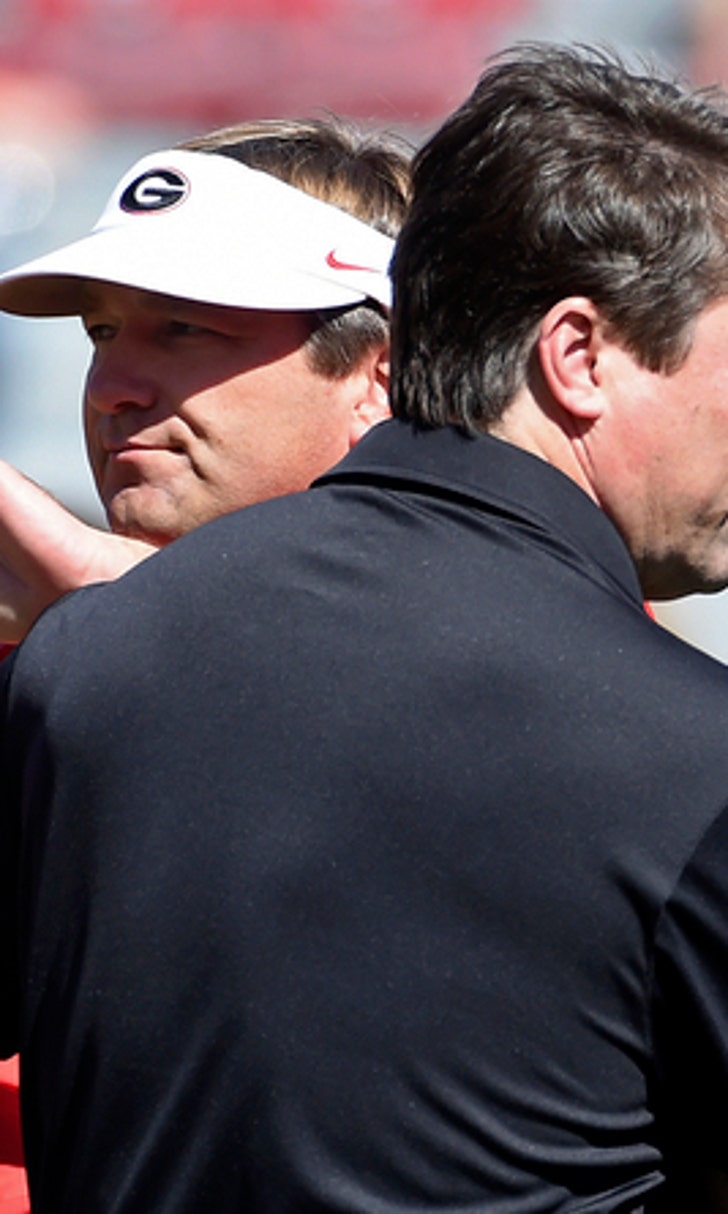 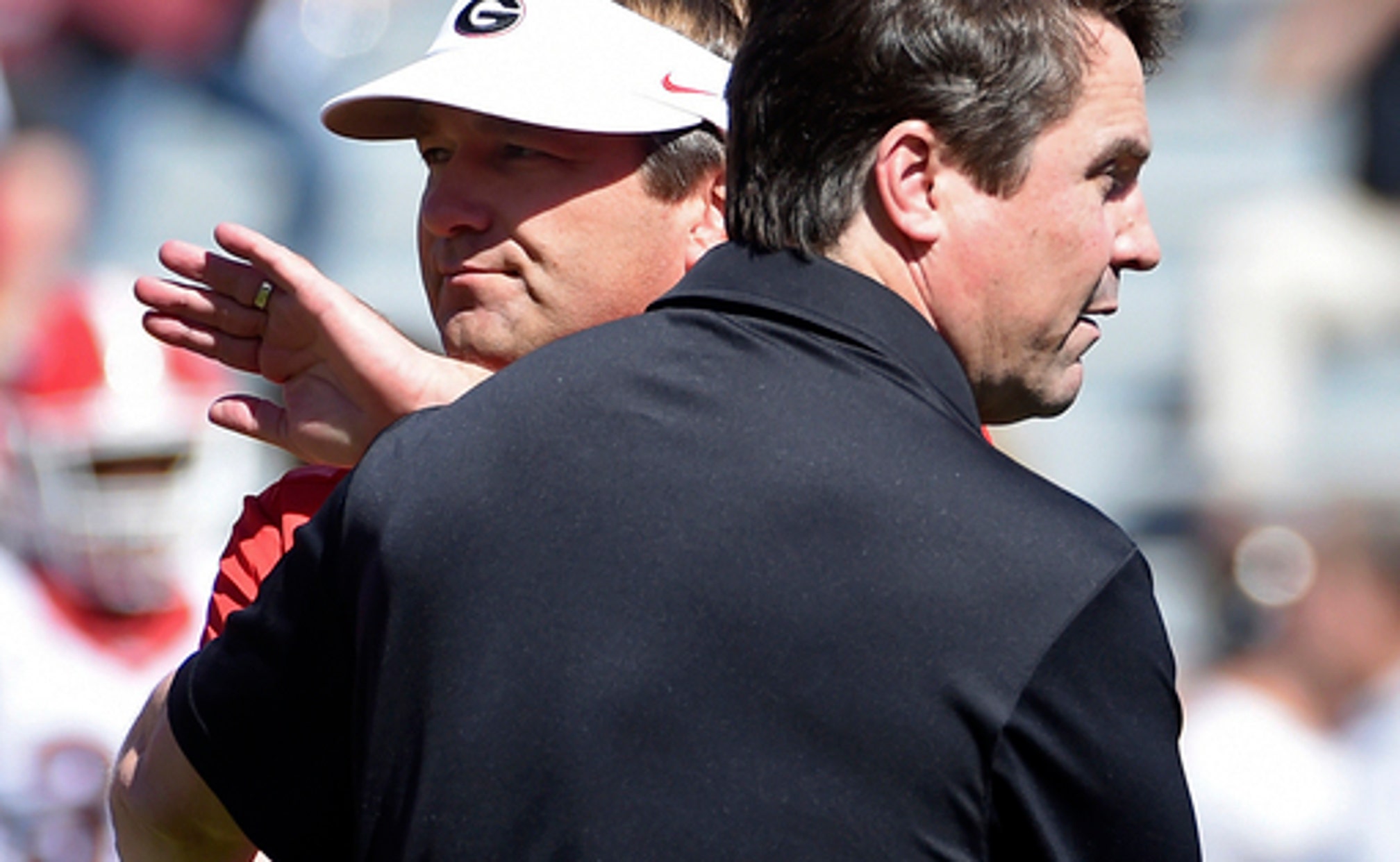 No. 2 Georgia wary of CFP distraction when facing Gamecocks

ATHENS, Ga. (AP) A Georgia team making dramatic improvements from a five-loss finish one year ago has won a new level of national respect.

The No. 2 Bulldogs landed on top of this week's first College Football Playoff poll of the season. The honor made coach Kirby Smart nervous, as he tried to guard against a possible distraction before an important game.

South Carolina has won three straight games and will be playing to protect its hopes of winning the SEC East. Georgia could clinch the East, and a spot in the SEC championship game, with a win over the Gamecocks and a Mississippi victory over Kentucky.

''It's really nothing more than a distraction more than anything, and our kids realize that, and they acknowledge that,'' Smart said.

''We'll handle it fine,'' said senior linebacker Davin Bellamy. ''We don't listen to outside stuff. We've got a lot of games left. We've got to stay focused. We've got a hot team coming in this week. The last thing on our mind is where we're ranked.''

Georgia has outscored its SEC opponents 212-52. The Bulldogs are more than a three-touchdown favorite over the Gamecocks, who will face their first ranked opponent of the year.

''Guys know how important this game is to our program,'' said South Carolina quarterback Jake Bentley.

Here are some things to know about Georgia's bid for its first 9-0 start since 1982:

SMART LEARNING: South Carolina coach Will Muschamp was a senior with the Bulldogs when Smart was a talented freshman. Muschamp was asked this week if he ever coached up Smart as an upperclassman. Muschamp laughed at the suggestion. ''I tried to, but he didn't listen,'' Muschamp said. ''I coached him up in basketball a lot. He never could beat us.''

COACHES KIDS: Three former Georgia players - Muschamp, Smart and Colorado State coach Mike Bobo, the former Georgia quarterback and offensive coordinator - are all having successful seasons. Smart noted the three are coaches' sons. ''I take pride in the fact that we all kind of grew up educators' kids, coaches' kids,'' Smart said. ''We grew up around the game. It is what we have been around all of our lives, so I respect both of those guys and think they do a great job.''

FAST STARTS: Georgia has been winning with strong starts, including after halftime. The Bulldogs have outscored opponents 90-17 in the first quarter and have put games away with an overwhelming 106-3 margin in the third quarter.

Georgia places a heavy emphasis on its running game, but Fromm ranks second in the SEC in passing efficiency at 171.9. He has passed for 1,263 yards with 13 touchdowns and four interceptions.

FADING LOYALTY: Muschamp said you learn fast in the coaching profession that your loyalty is to the school you're at and not where you played your college ball. Muschamp left Georgia's program in 1994. The next season Muschamp was a graduate assistant at Auburn - and taking on the Bulldogs that fall. Muschamp said he had a wonderful experience at Georgia, but ''at the end of the day, you're loyal to the people writing your checks.''

Jaret with the Jets
Buffalo's Jaret Patterson smashed records last Saturday. His reward? An easy selection as Reggie's Playmaker of the Week.
1 hour ago

Lead Dawgs
Unbeaten Washington looks to keep its lead in the Pac-12 North when Stanford visits Seattle as part of this week's Super 6.
3 hours ago