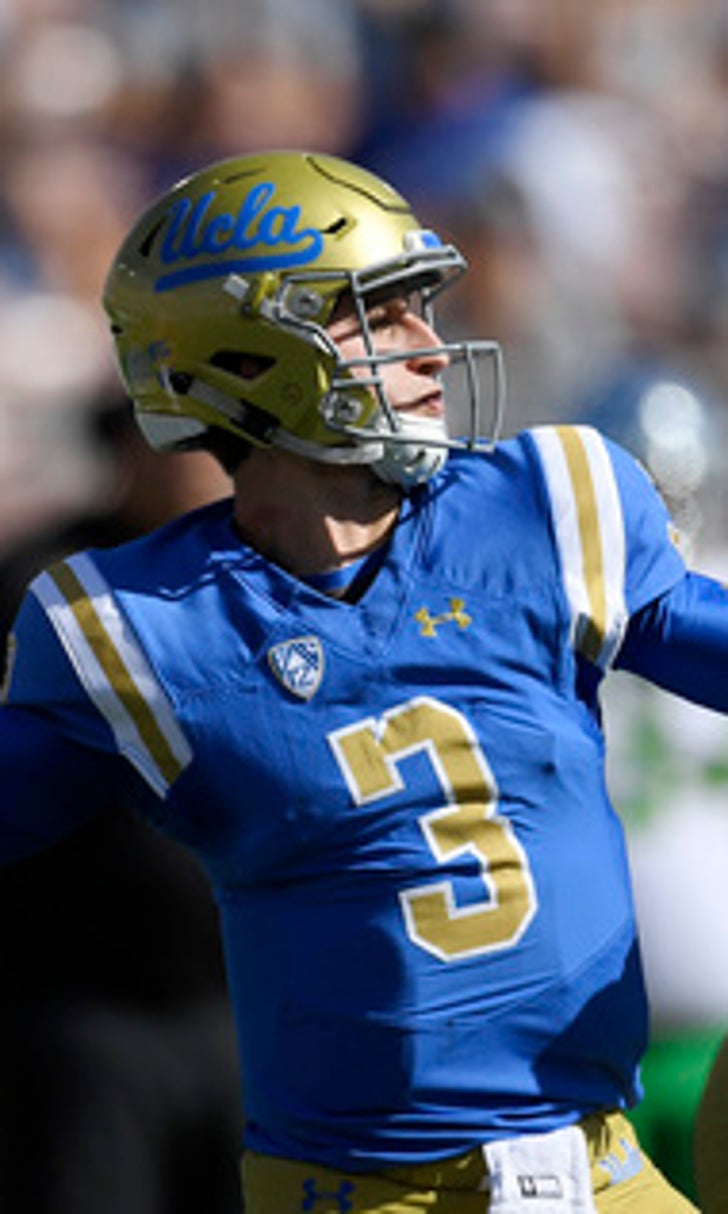 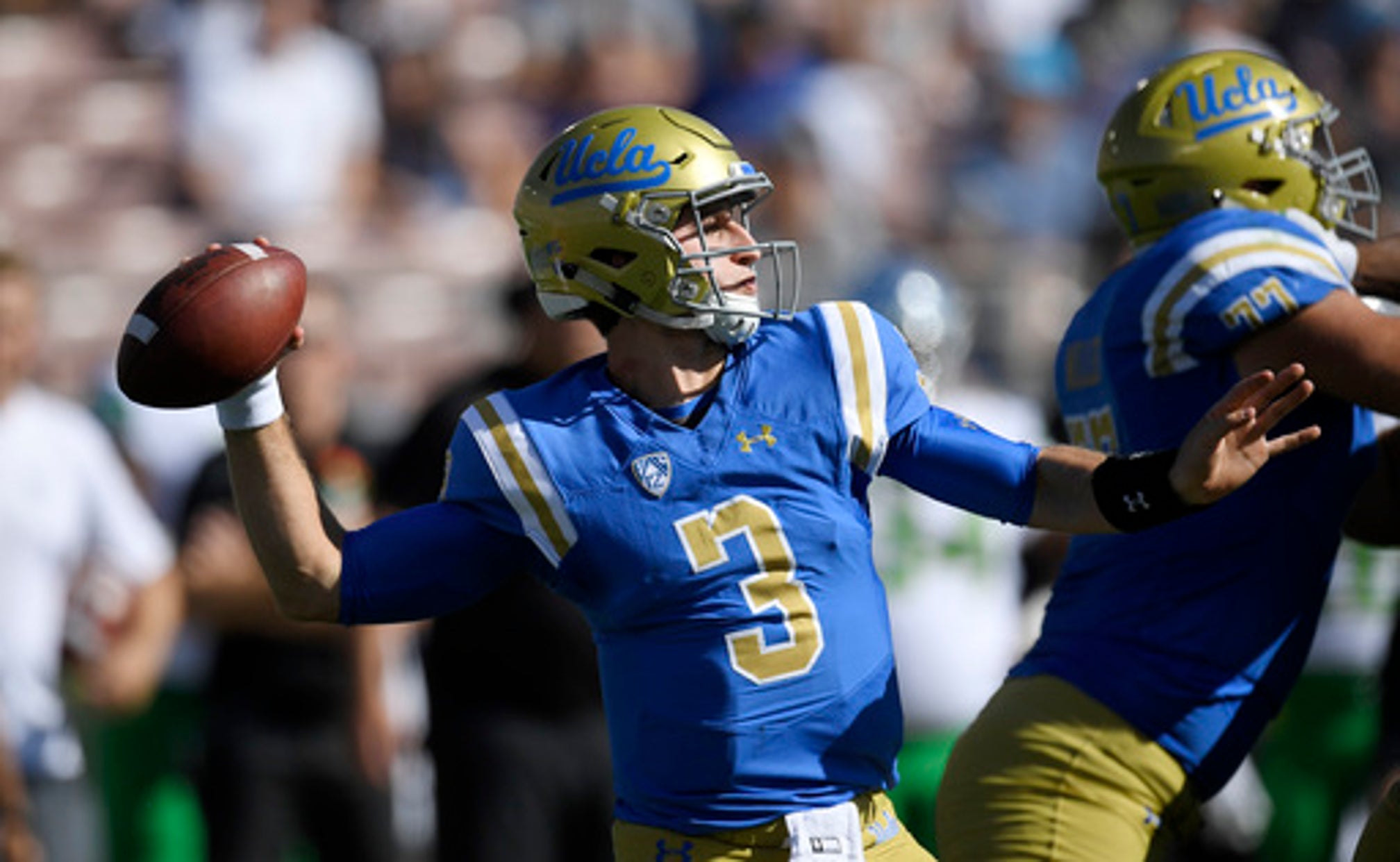 SEATTLE (AP) Chris Petersen has nothing but the highest compliments for UCLA quarterback Josh Rosen.

He just wishes No. 12 Washington was taking on the Bruins at another point of the season when the Huskies were not facing major injury concerns at cornerback as they will Saturday when they host Rosen and UCLA.

''We're going to be challenged, but whoever is in there - backup, non-backup - it doesn't matter,'' Petersen said. ''He's leading the conference, one of the top guys, I don't even know where he ranks in the country, but that doesn't just happen by accident. He's good and it will be a great challenge for our guys in a way we really haven't seen yet.''

It'll be the first time Washington (6-1, 3-1 Pac-12) has been on the field since its flop two weeks ago in a shocking 13-7 loss to Arizona State that may have ruined any hopes the Huskies have of a return trip to the College Football Playoff. The Huskies must win and look impressive in the process the rest of the way to get back in the discussion.

That starts with the Bruins (4-3, 2-2) and a challenge Washington has yet to see this season. Not only are they facing Rosen and the top passing attack in the Pac-12, but will be doing it with backups in the secondary. The Huskies are expected to be without cornerback Byron Murphy again due to a foot injury and Jordan Miller, the other starting cornerback, who suffered a broken ankle late in the Arizona State loss.

Washington is expected to start Austin Joyner and Myles Bryant, but the issue is the depth behind those two, which includes freshman Elijah Molden and converted running back Jomon Dotson.

''That's why we played them,'' Petersen said. ''Everybody asks, why are you playing those guys? You always need those guys back there and we play a lot of DBs.''

Rosen is second in the country in yards passing with 2,620 in seven games. The fact it's been two games since he last threw for 300 yards is noteworthy, considering Rosen started the year by throwing for at least 450 yards in three of the first five games.

Rosen was efficient last week against Oregon, throwing for 266 yards and two touchdowns with no interceptions. Even with Washington thin in the secondary, Rosen will not have faced a defense as good as the Huskies', which allows just 163.9 yards passing per game.

''Just be efficient, play our game, you can't get behind and let them play their (game) and dictate the flow,'' Rosen said. ''We have to stay ahead of the chains and just kind of keep moving.''

Here are other things to watch as the Huskies and Bruins meet for the first time since 2014:

RUN OVER: The best way for Washington to counter UCLA's offense is simply to keep Rosen on the sideline. That means establishing the run and that's been far too easy for UCLA's opponents.

The Bruins have the worst run defense in college football, allowing more than 300 yards per game. Only twice this season - Memphis and Colorado - have the Bruins held their opponent under 200 yards rushing as a team. That's good news for Washington running back Myles Gaskin and his 6-yards-per-carry average. Gaskin was limited to just 67 yards in the loss to Arizona State.

ON TARGET: When Rosen is going downfield his favorite target is senior Darren Andrews and for good reason. Andrews is fourth in the country with eight touchdown receptions and already has games with 12 and 10 receptions this season. The touchdowns have been scarce of late, however. Andrews has just two TD catches in the past four games after having six in the first three.

THE BLIND SIDE: Washington QB Jake Browning will have someone new protecting his blind side. The Huskies lost standout left tackle Trey Adams for the season to a serious knee injury in the loss to Arizona State. Senior Andrew Kirkland was thrown in to replace Adams but struggled in the loss.

Kirkland will get playing time against the Bruins, but so will redshirt freshman Luke Wattenberg. Kirkland has the experience. Wattenberg has the potential. Both will be responsible for keeping Browning adequately protected.

STOP THE STREAK: UCLA has lost seven straight away from the Rose Bowl and has just one road victory in the past two seasons. The Bruins have not defeated a ranked opponent since beating Utah late in the 2015 season.