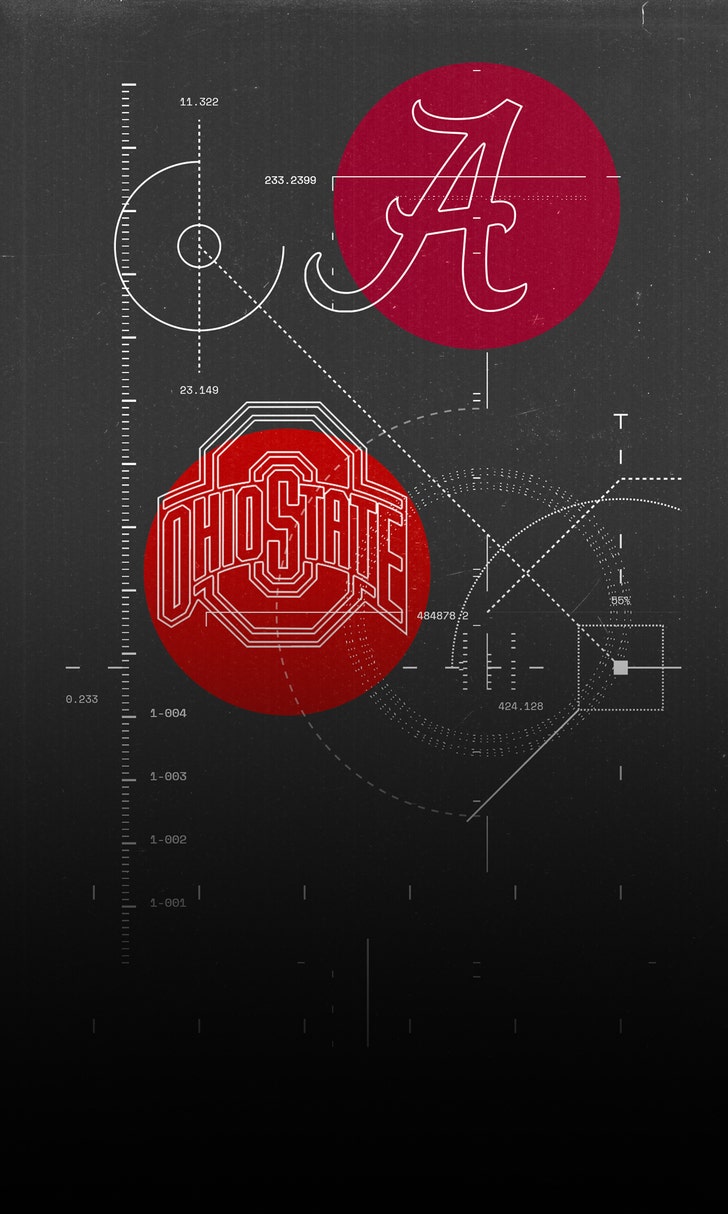 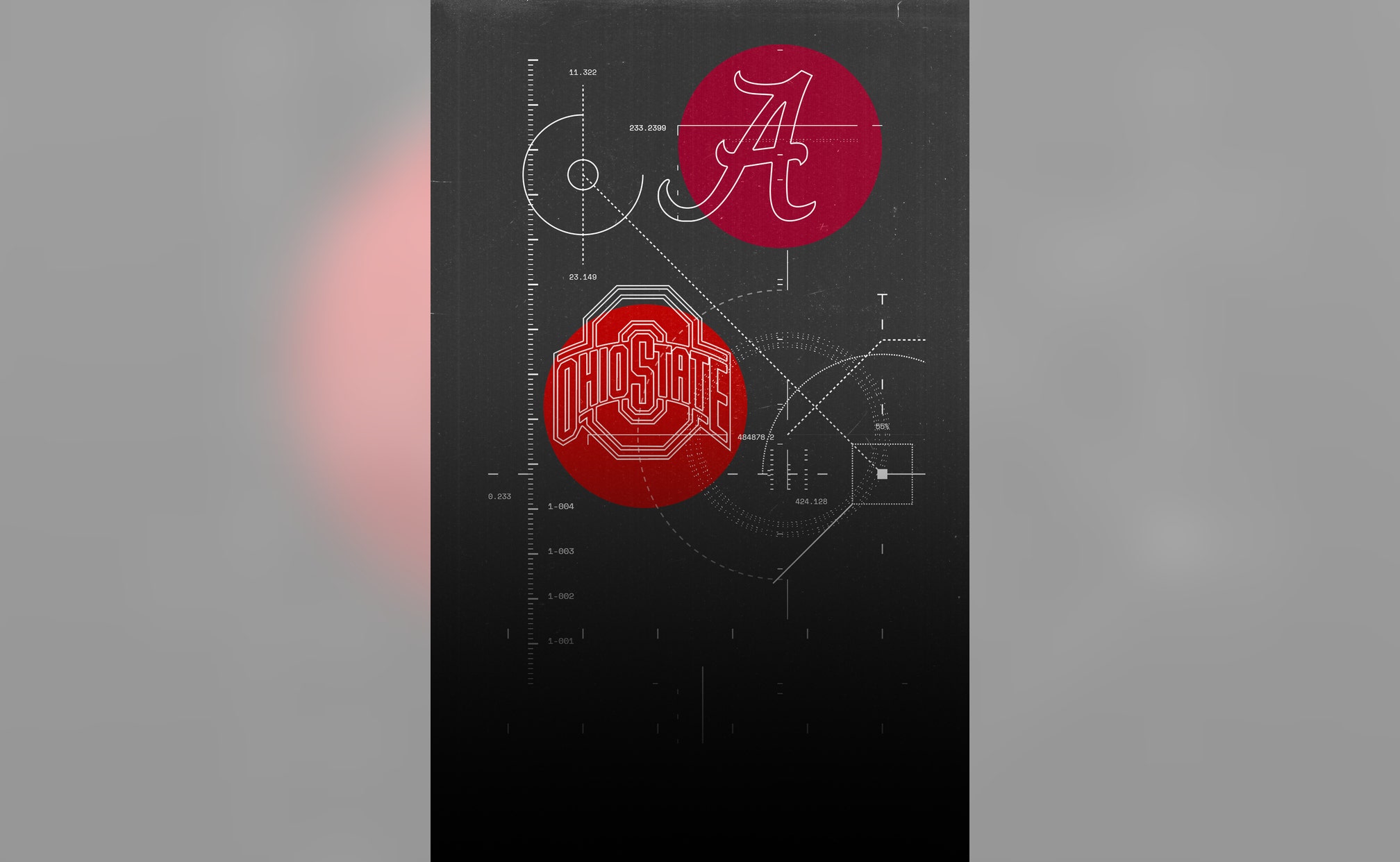 Sizing Up The National Title Spread

[Ed. note: Sam Panayotovich is a sports betting analyst and reporter for NESN who has joined FOX Sports as a regular contributor for sports wagering content.]

And then there were two.

The high-flying college football national championship game is all set between the No. 1 Alabama Crimson Tide and No. 3 Ohio State Buckeyes next Monday night in Miami Gardens, Fla.

Most American sportsbooks opened the Tide as a touchdown favorite, with a point total of 76 and surprise, surprise, there’s certainly a betting appetite for a team that ranks second in the nation in scoring offense and that wins by an average of almost 30 points per game.

The initial push of money came on Alabama -7; FOX Bet is currently offering Alabama -7.5 and the total at 75.

"I’ll be honest with you, I thought the spread should have opened a little bit higher," Golden Nugget executive sportsbook director Tony Miller told me. "I was thinking in the neighborhood of -9 or -10. Ohio State had a good showing against Clemson though and that’s reflected in the number. I think it’s going to get bet up closer to those numbers come game-time. Money is already showing on Bama."

The origination of where the actual spread number opens is always fascinating to me. And since seven is the most key number in football, that’s a pretty balanced place to start. If bookmakers opened the spread anything less than -7, bettors would have immediately whacked it there anyway.

There’s also the "Alabama Tax," which will definitely be a factor in the next week’s worth of wagering on this game. Bettors will often align with a program’s brand name or prestige when making their bet. And nobody has been more dominant than Alabama over the last decade.

"The name brand is built into the line for Bama, especially with Nick Saban there," Miller said. "That’s a machine. We were sitting around last night and talking about how insane their offense is. It’s probably the best we’ve ever seen there. They’ve got two finalists in the final four for the Heisman Trophy.

"They are men amongst boys when it comes to the offensive firepower. The defense isn’t as good as they’ve been in years past, but their offense is great. They covered almost every first half line we hung this year. And I think their punter finally punted twice in their last game."

Ohio State is no slouch, though. The scarlet and gray just blasted Clemson as a seven-point underdog in the semifinals, and they have loads of NFL talent on both sides of the ball.

And you have to believe that quarterback Justin Fields’ performance (400 total yards of offense, six passing touchdowns) is keeping the line maybe a little lower than it should be.

Fields’ health is a storyline worth your attention. He took a crunching hit to the ribs in the first half, which required him to get a nerve-blocking shot before returning to finish off the Tigers. He will undoubtedly be taking it easy in preparation for the title game and it’s a situation that Miller and his bookmaking brethren will monitor closely. They don’t seem to be too concerned at this point, but a Fields-less Buckeyes squad would drastically shift the betting line.

"We go into this game under the impression that Fields is definitely going to play and that he’s going to be a factor," Miller explained. "Unless something drastic happens along the way and we have to take the game down. If that’s the case, you’ll see the spread move four points or so. Maybe more because there’s a big drop-off between Fields and the backup. But he played well enough in the second half after the hit and we expect him with all that rest to be ready next Monday night."

So there’s your answer. Without Fields, Ohio State would easily be a double-digit underdog against Alabama.

The earliest bettors pounced Under the total in a game that will need the equivalent of 11 touchdowns to go Over. The betting market has moved down from 76 to 75 on the total. That’s a big ol’ number, but books clearly wanted to write their first wave of tickets on the Under knowing full well that more money will accumulate on the Over in the coming days.

"I wouldn’t bet the Under with these two teams," Miller opined. "They both score, score, score. There’s going to be a lot of touchdowns, these elite quarterbacks are going to take shots down the field and both teams have good running attacks too."

One other wrinkle involves the eventual departure of Alabama offensive coordinator Steve Sarkisian. The 46-year-old offensive guru recently agreed to a deal to become the new head coach at the University of Texas.

Could Sark’s mind be in other places? It’s definitely a thought-provoking conversation, but it’s nearly impossible for a bookmaker to quantify a coordinator’s attention to detail.

"It’s an interesting situation with Sarkisian," Miller explained. "Is his head even in the game? I’ve seen some strange things over the years with coordinators halfway out the door to a new gig. We’ll see what happens."

Lastly, the 2020 Heisman Trophy winner will be announced tomorrow night. This is still a bettable affair at FOX Bet, where Alabama wideout Devonta Smith is a sizable -400 favorite. You have to risk $400 to win $100 on Smith.

"It’s down to Smith and Jones for me," Miller said before taking a brief pause. "Whew. I would probably go with Jones, he’s just lights out right now. And they’re a different team without him back there."