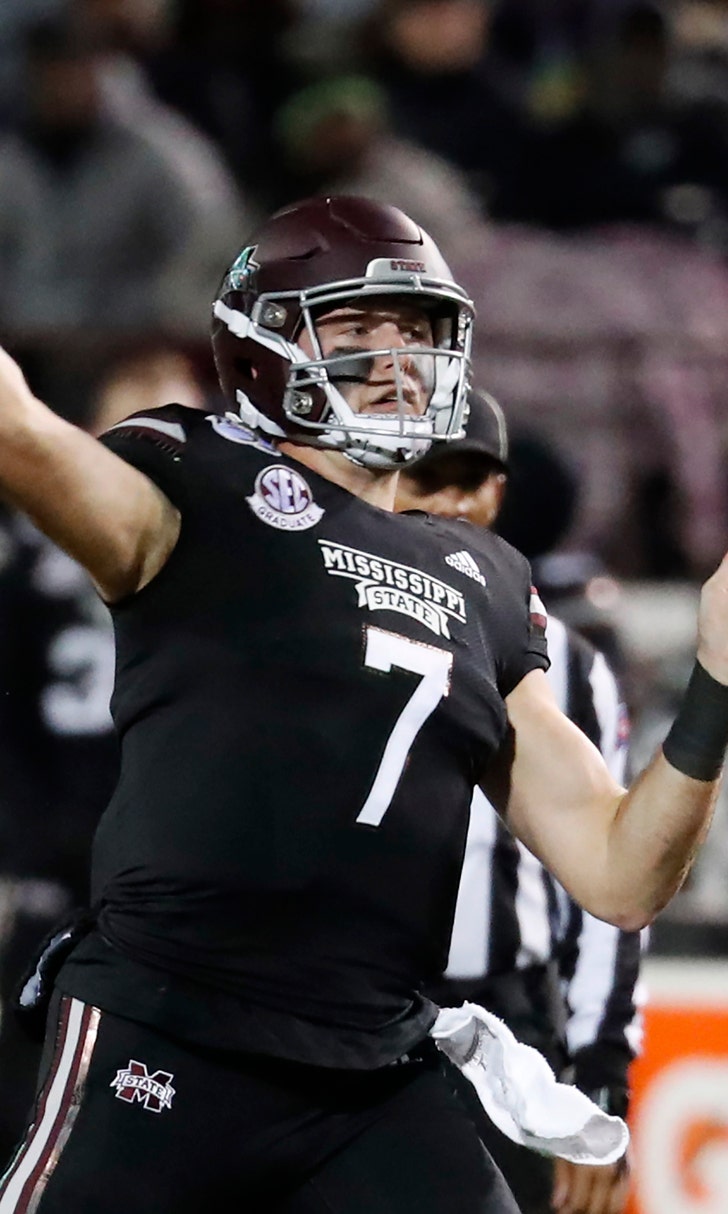 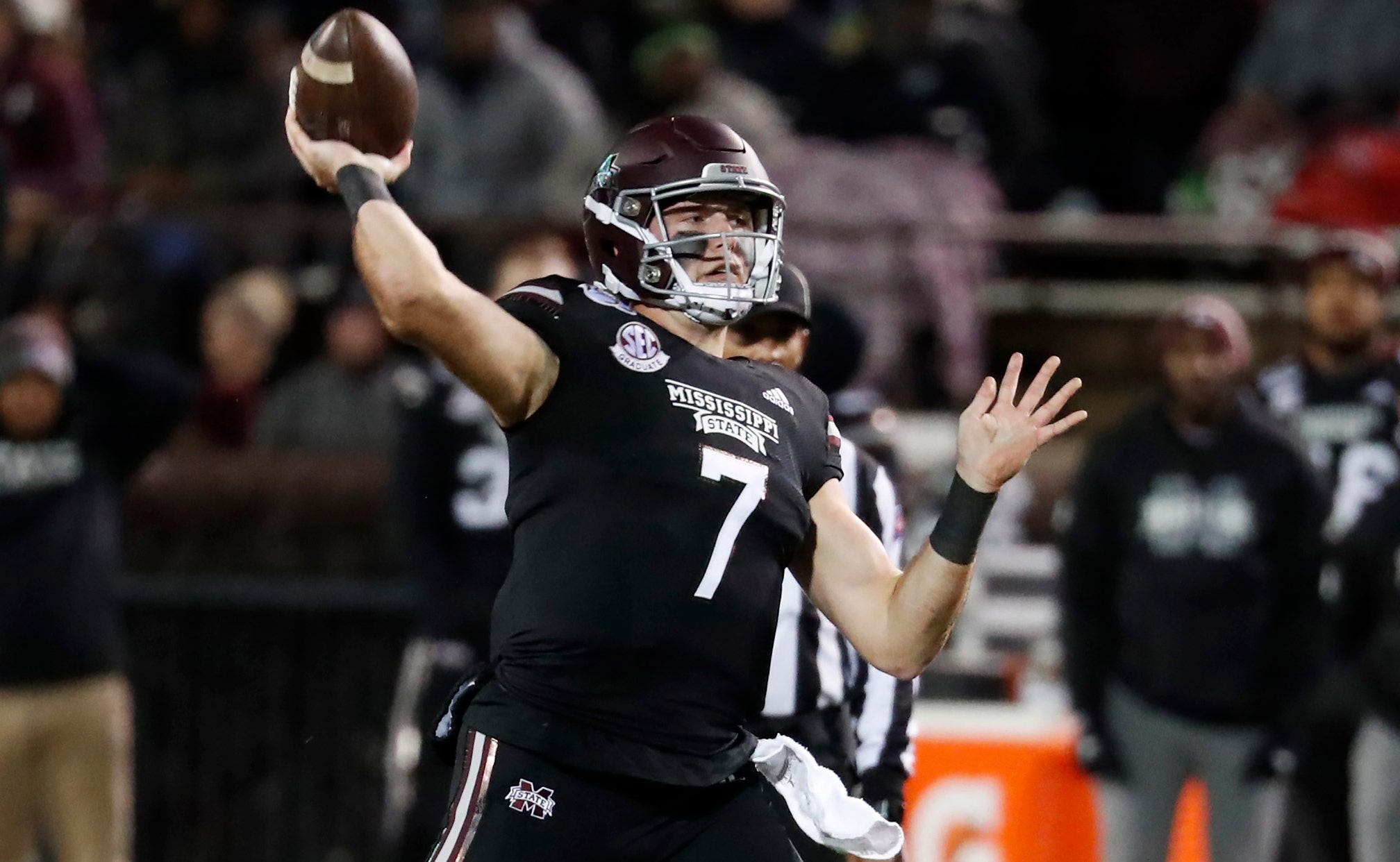 STARKVILLE, Miss. (AP) — Bragging rights aren’t the only thing on the line for Mississippi State at this year’s Egg Bowl.

The Bulldogs (5-6, 2-5 Southeastern) need a win Thursday over rival Mississippi (4-7, 2-5) to become eligible for a 10th straight bowl appearance.

"Kids are aware of it," Mississippi State coach Joe Moorhead said of the streak. "It's not something we really even have to talk about. We're on the cusp of bowl eligibility and we got to win this one to get to the postseason.

“I don't believe in feeling pressure, but I do believe in applying pressure. We have to make sure we play well, and if we do that, we get to extend the season."

Mississippi State went 8-5 and lost to Iowa in the Outback Bowl last year in Moorhead’s debut season. Mississippi State has won two of the past three Egg Bowls, including a 35-3 decision at Ole Miss last season.

"I think this game stands alone and you can't worry about what happened last year,” Ole Miss coach Matt Luke said. “These are two brand new teams, different set of circumstances, but I think you really don't need any extra motivation when it comes to this game. It's very important on its own."

Both teams have struggled in SEC play this year. Ole Miss, which hasn’t reached a bowl since 2015, will finish with a losing record for the second straight season.

But the Bulldogs and Rebels still have plenty of incentive in this heated rivalry.

Mississippi State kept its hopes of bowl eligibility alive last week with a 45-7 blowout of Football Championship Subdivision program Abilene Christian. The Bulldogs racked up 372 yards rushing in that game but realize they face a tougher test this week.

Moorhead also needs his team to keep its cool.

Last year, four players were disqualified after a first-half fight between the Bulldogs and Rebels. The sidelines emptied during the fight and each player was accessed an unsportsmanlike penalty.

"We've talked about that this week," Moorhead said. "We need controlled passion and controlled aggression. We need our play to speak between the whistles and not before the game or after the game. You can't let the excitement of the rivalry take away from your preparation for the game."

Ole Miss holds a 22-14-3 advantage in Egg Bowls held at Mississippi State. The road team in this rivalry has won the last four meetings.