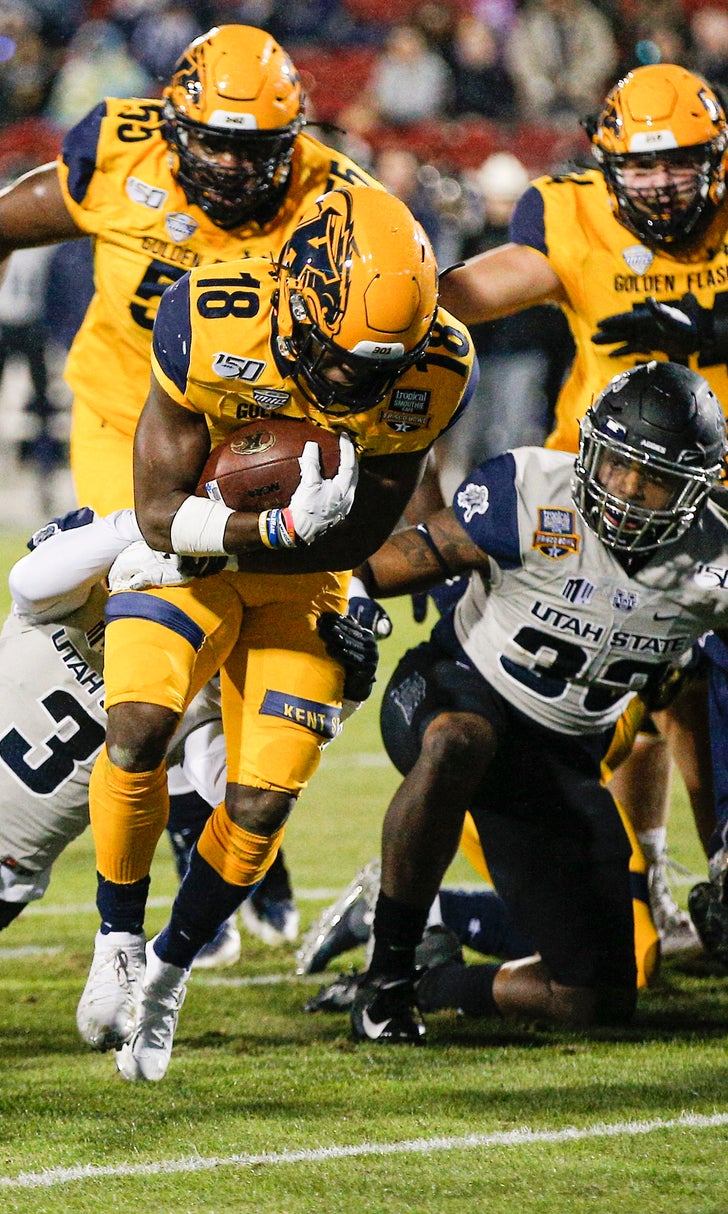 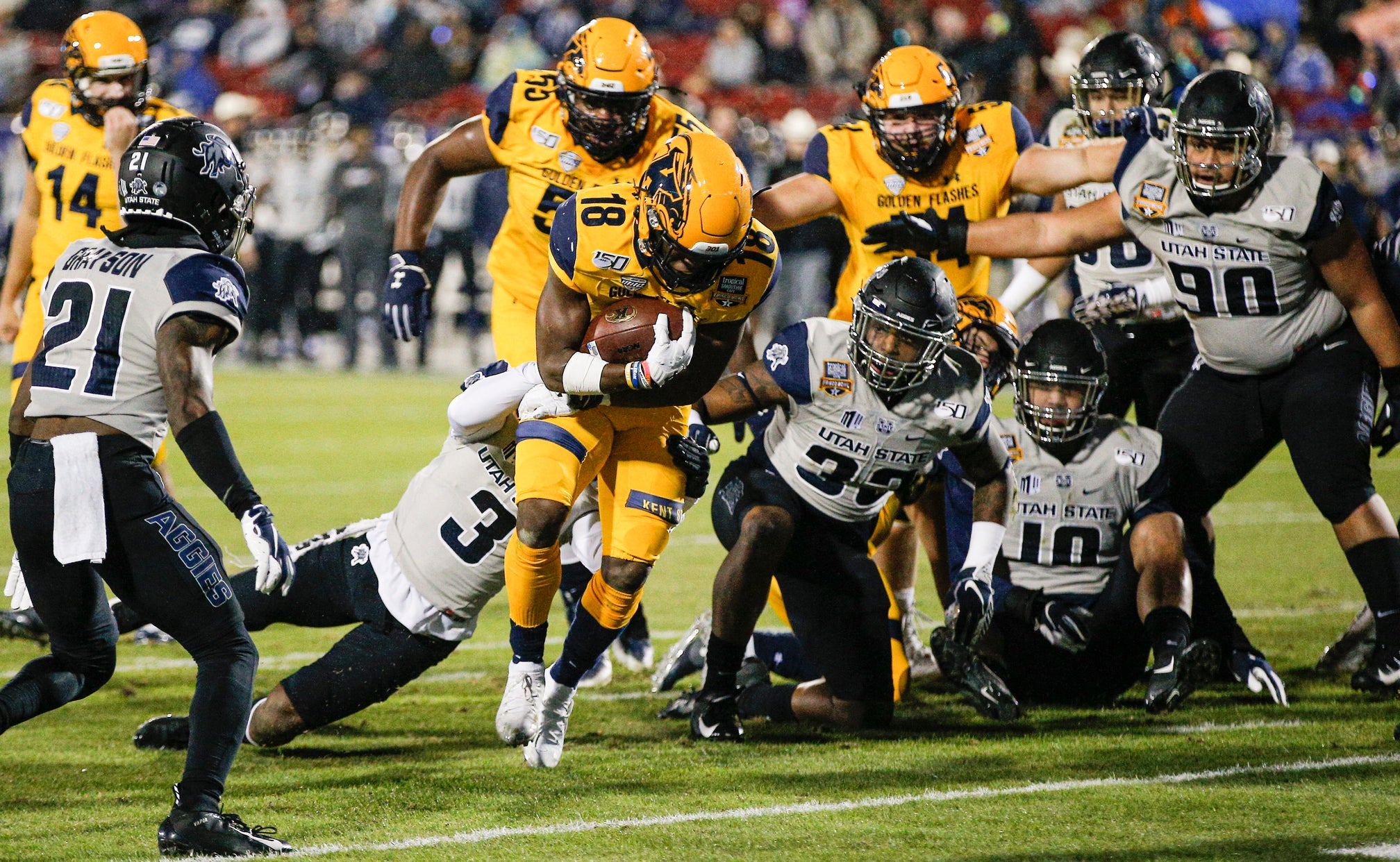 FRISCO, Texas (AP) — Dustin Crum passed for 289 yards and two touchdowns and ran for 147 yards and the clinching score to help Kent State beat Utah State 51-41 on Friday night in the Frisco Bowl for the Golden Flashes’ first bowl victory.

Kent State (7-6) closed with four straight wins to finish with a winning record for the first time since 2012.

Crum threw a 78-yard touchdown pass to Isaiah McKoy down the right sideline on Kent State’s third play from scrimmage. Crum flipped a 1-yard scoring pass to Antwan Dixon with 9:36 to play to put the Golden Flashes ahead for good, then scored with 1:56 left on a fourth-and-1 run from the 4.

Jordan Love passed for 308 yards and three touchdowns, two of them to Siaosi Mariner, in his final game for Utah State (7-6). The junior announced last week that he’ll bypass his senior season to enter the NFL draft.

Deven Thompkins scored on a 57-yard run and a 17-yard reception for the Aggies.

NASSAU, Bahamas (AP) — Jaret Patterson ran for 173 yards and two touchdowns, Kyle Vantrease passed for a touchdown and ran for another and Buffalo won a bowl game for the first time in school history.

Patterson had 32 carries for, who were winless in three previous bowl appearances. He finished the year with a slew of school single-season records, including 330 carries, 1,799 yards and 19 rushing touchdowns.

Antonio Nunn caught a 12-yard pass from Vantrease on the first Buffalo drive to open the scoring, and Vantrease capped a 15-play, 74-yard drive by plunging in from the 1 with 3:33 left in the half to make it 14-0. Patterson scored on a 6-yard run midway through the third quarter to make it 24-0, then sealed it with a 10-yard TD run to cap a 16-play scoring drive.

Mid-American
share story
those were the latest stories
Want to see more?
View All Stories
Fox Sports™ and © 2020 Fox Media LLC and Fox Sports Interactive Media, LLC. All rights reserved. Use of this website (including any and all parts and components) constitutes your acceptance of these Terms of Use and Updated Privacy Policy. Advertising Choices. Do Not Sell my Personal Info