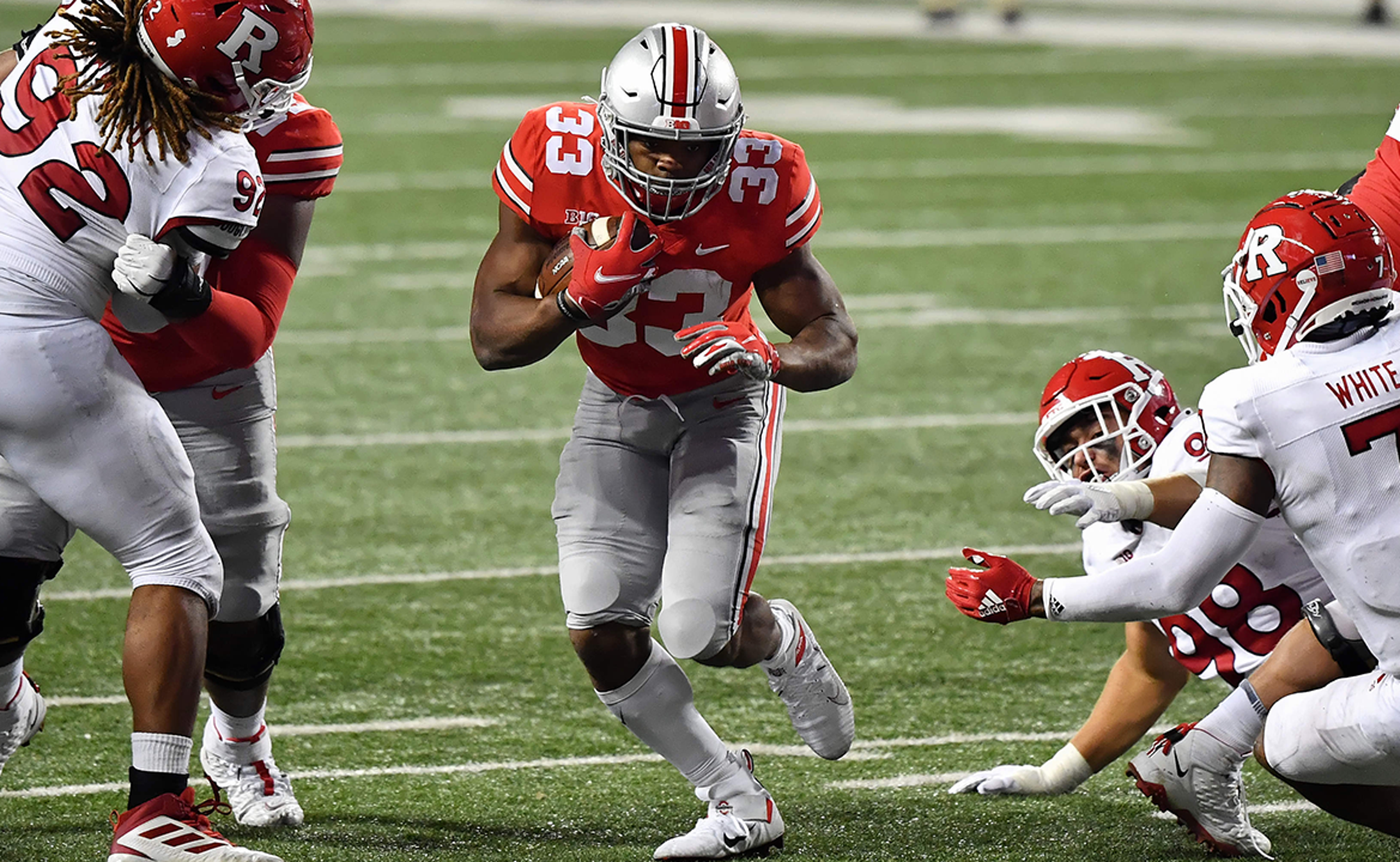 previous story
Tom vs. Mahomes' Time
next story
The Rams Are Rollin' In The NFC West
College Football

In the second quarter of Ohio State’s game against Indiana last Saturday, Master Teague III faced absorbing a potentially lethal hit from a Hoosiers linebacker, but Teague had other plans, as he blew past the defender, and broke for a 41-yard run to pay-dirt.

The TD helped the Buckeyes regain the lead in their 42-35 win over Indiana, and it showed the world what the Master can do, as Teague went on to finish with 169 yards on the ground and two rushing touchdowns.

And for his performance, he was named Reggie Bush's Playmaker of the Week.

After the win, Teague explained that it wasn't completely smooth sailing for OSU, as Indiana's defense put up a formidable fight, continuously bringing the pressure.

"That's probably the most I've ever had to study," Teague said. "They were definitely a challenge ... They brought some stuff I've never seen before."

The Buckeyes as a whole came prepared, as the Ohio State offensive line remained stout, allowing Teague the opportunity to run the rock effectively.

Teague led the team in rushing, accounting for over half of the team's rushing total, while posting a career-high in yards.

"It was very exciting to have that experience," said Teague of the win. "Now that we got that taste in our mouth, we want to keep moving forward with that."

After his breakout performance on Saturday, Teague said that he's only scratched the surface of what he can do.

"I'm a home-run hitter. I can break through opponents. I have the speed for that ... I'm trying to show that more, and as we get rolling, it's going to show in my game. I can run fast."

OSU sits at 4-0 after its big win over Indiana, and will next face 2-5 Illinois on Saturday.

According to FOX Bet, the Buckeyes are favored by 28 points.

While the Buckeyes might have an unblemished record, they are far from perfect on the field, according to Teague, who said OSU needs to work on playing a full 60 minutes.

"I think we bring out great energy from the beginning in the first half, but we just need to finish games. And that's what we've been trying to work on this week in practice ... Just keep the energy going."