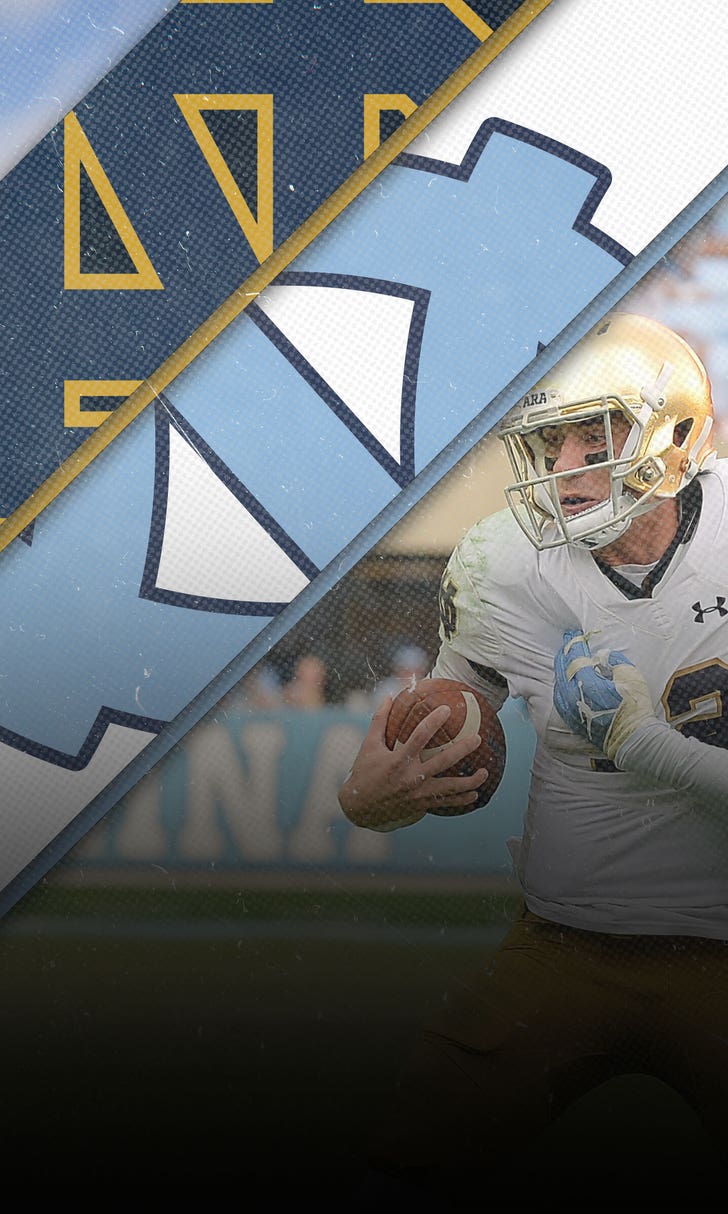 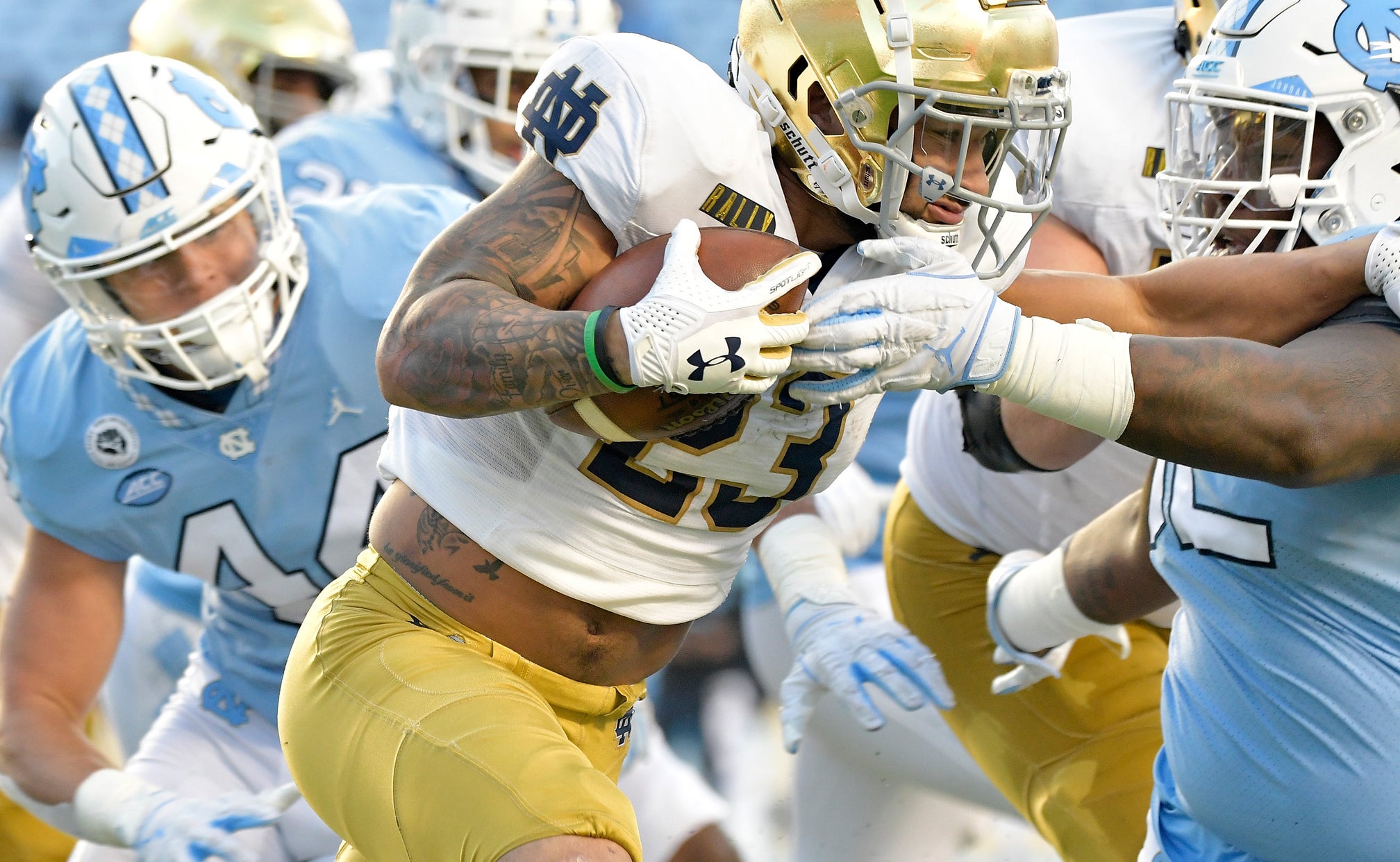 Undefeated Notre Dame remained without a loss after emerging with a 31-17 win over No. 19 North Carolina in Chapel Hill on Friday, using an all-around performance to take down the Tar Heels.

Here are the key takeaways from Friday's ACC matchup.

Williams has spent a majority of the season dominating on the ground, and Friday was no different, as he racked up 124 yards and two touchdowns on 23 carries.

He also caught four balls for 20 yards and a score, his first receiving TD in 2020.

Williams has now rushed for over 100 yards in five of Notre Dame's 10 games this season, and Friday also represented his fifth multi-touchdown game of the year.

McKinley finished the day with 135 receiving yards on six catches, and even though he has yet to score a touchdown this season, Friday represented the fourth game this season where he averaged at least 20 yards per reception.

The star of the night – outside of Williams and McKinley – was the Notre Dame defense.

UNC came into Friday averaging a whopping 43.1 points per game. And over the last two weeks, in wins over Duke and Wake Forest, the Tar Heels put up 56 and 59 points, respectively.

However, North Carolina had no such success on Friday afternoon.

Notre Dame allowed just 298 yards total for UNC, a team that put up a ridiculous 742 yards last Saturday, and 543 yards the weekend before.

Tar Heels quarterback Sam Howell threw for 550 yards and six touchdowns last Saturday, but this week, Notre Dame held him to 211 passing yards and just one TD, while sacking Howell six times on the day.

Friday's win proved that Notre Dame is, in fact, an all-around football team.

Even though it was only the Fighting Irish's second win over a ranked opponent this season – their first was over then-No. 1 Clemson on Nov. 7 – Notre Dame has proven that it can win in a variety of ways.

In eight of Notre Dame's nine wins, its scored at least 27 points, and in six of those wins, ND has held its opponent to 17 or fewer points, including Friday.

Three times, the Fighting Irish have not allowed 10 points.

But that huge win over Clemson also proved that Notre Dame can win a shootout, earning a 47-40 double-overtime victory over the Tigers that night.

Notre Dame will next face Syracuse, followed by a matchup with Wake Forest. If it can win both, and Clemson can win its final three games – against Florida State, Pittsburgh and Virginia Tech – the Fighting Irish and Tigers will once again face off, this time in the ACC title game.