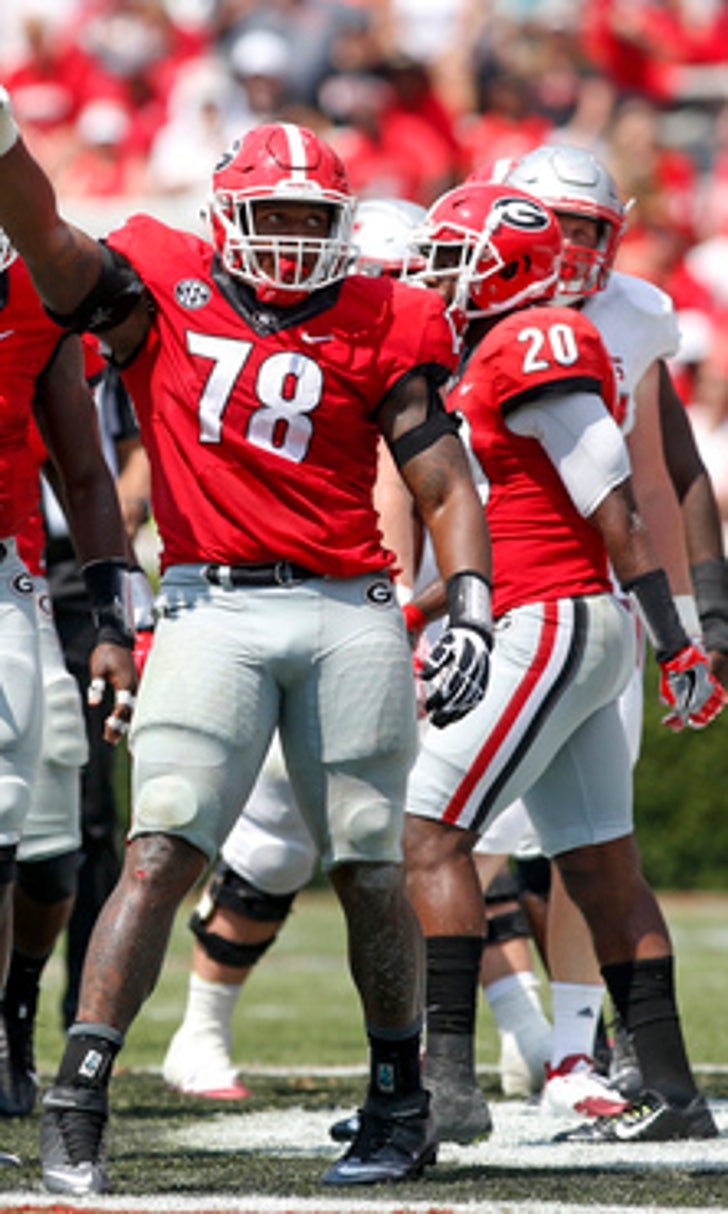 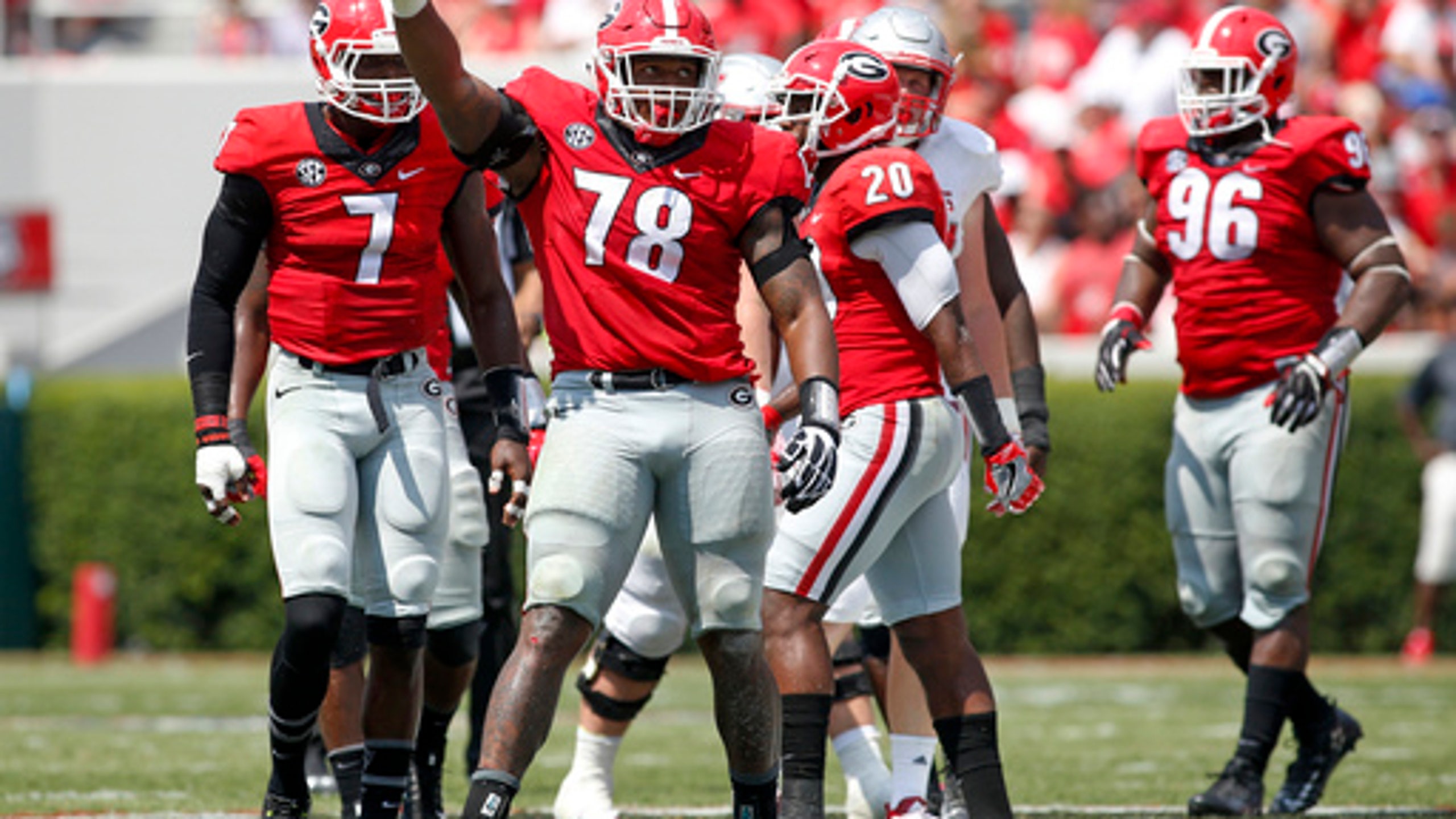 Georgia DT Thompson back with team after difficult offseason

Following the bowl game, Thompson had offseason shoulder surgery. Then an offseason incident forced the defensive tackle to withdraw from the university for the spring semester, apparently leaving his college career in jeopardy.

Now Thompson is back as an important playmaker on Georgia's defensive line.

''That's huge,'' teammate Lorenzo Carter said Thursday. ''Trent is one of the toughest guys I know. He's been through a lot in his time here. I can say he's never given up. He's a fighter and I let him know to keep fighting every day.''

Georgia announced in February that Thompson was withdrawing from school to deal with a ''significant'' medical issue. This came after he was found in a disoriented state by police on a campus road at 1:14 a.m. Georgia said Thompson had ''an adverse reaction to medications prescribed specifically for his medical condition.''

Thompson provided no details on that event or his condition on Thursday, when he spoke with reporters for the first time since his return to the team.

''I would term it as God put you in a place that you have to overcome,'' Thompson said, adding ''It's a new Trent.''

Thompson said he spent the spring going through injury rehabilitation on his shoulder with director of sports medicine Ron Courson.

He said he also took advantage of ''just having time to myself to get my mind right so I could focus on the team.''

The junior insists he had ''no doubts'' he'd make it back.

Thompson started seven games in 2016 and was third on the team with 56 tackles while sharing the team lead with five sacks. The highlight was being named defensive MVP and overall MVP of the 31-23 bowl win over TCU.

''I think that performance right there really helped motivate me, knowing that what I did in November and December I could do every day of the week,'' he said.

Such standout performances were expected when Thompson (6-foot-4, 300 pounds) was one of the nation's top defensive line recruits in 2015.

Coach Kirby Smart calls Thompson a ''stack monster'' for his ability to be productive when the line is congested.

''He is really quick and he is really athletic, but he does not always control his gap, so he is trying to improve on that,'' Smart said. ''As far as knowing what to do, Trenton is an upperclassman now. He knows what to do and he practices really hard.''

Thompson's teammates had the spring G-Day game at Sanford Stadium as a bridge to the 2017 season. He could only watch and try to remain patient.

''I'm ready to get back, you know,'' he said, looking ahead to the Bulldogs' opener against Appalachian State on Sept. 2. ''I've got two more weeks ... I can wait a little bit longer.''

NOTES: CB Malkom Parrish missed practice Wednesday and Thursday. Georgia has provided no injury update on the senior, who started 12 games in 2016. The Atlanta Journal-Constitution reported Parrish has a broken bone in his foot which threatens his status for the start of the season.