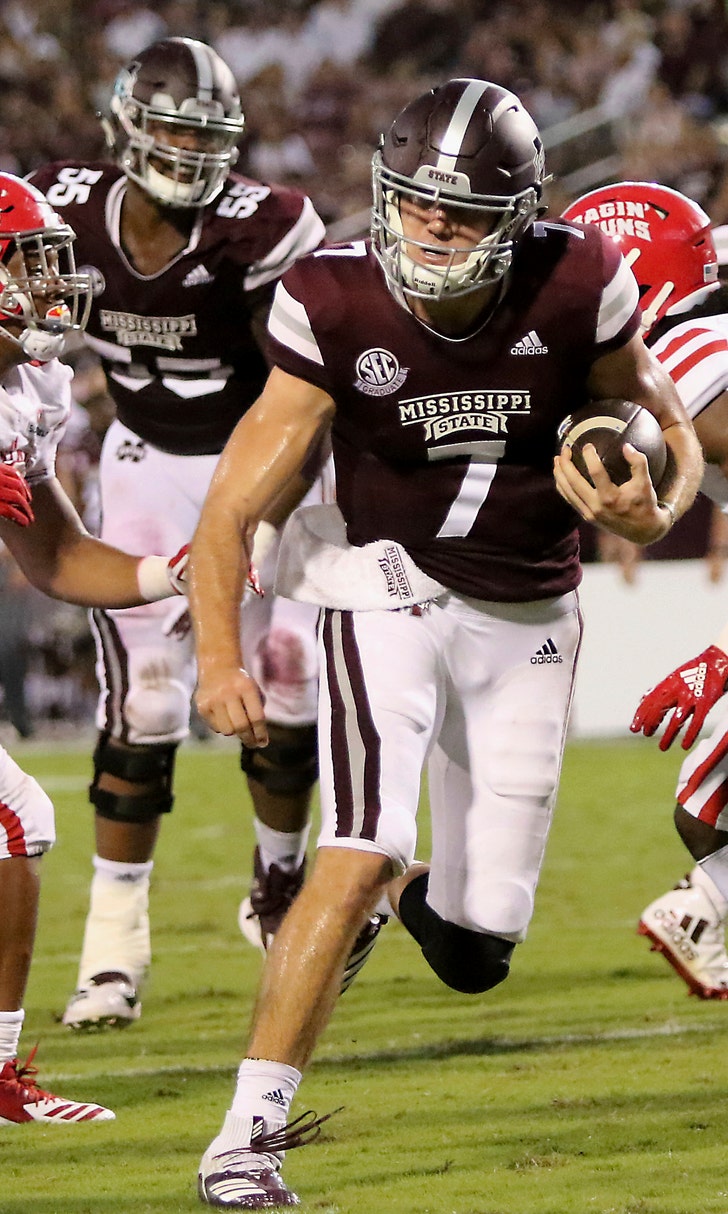 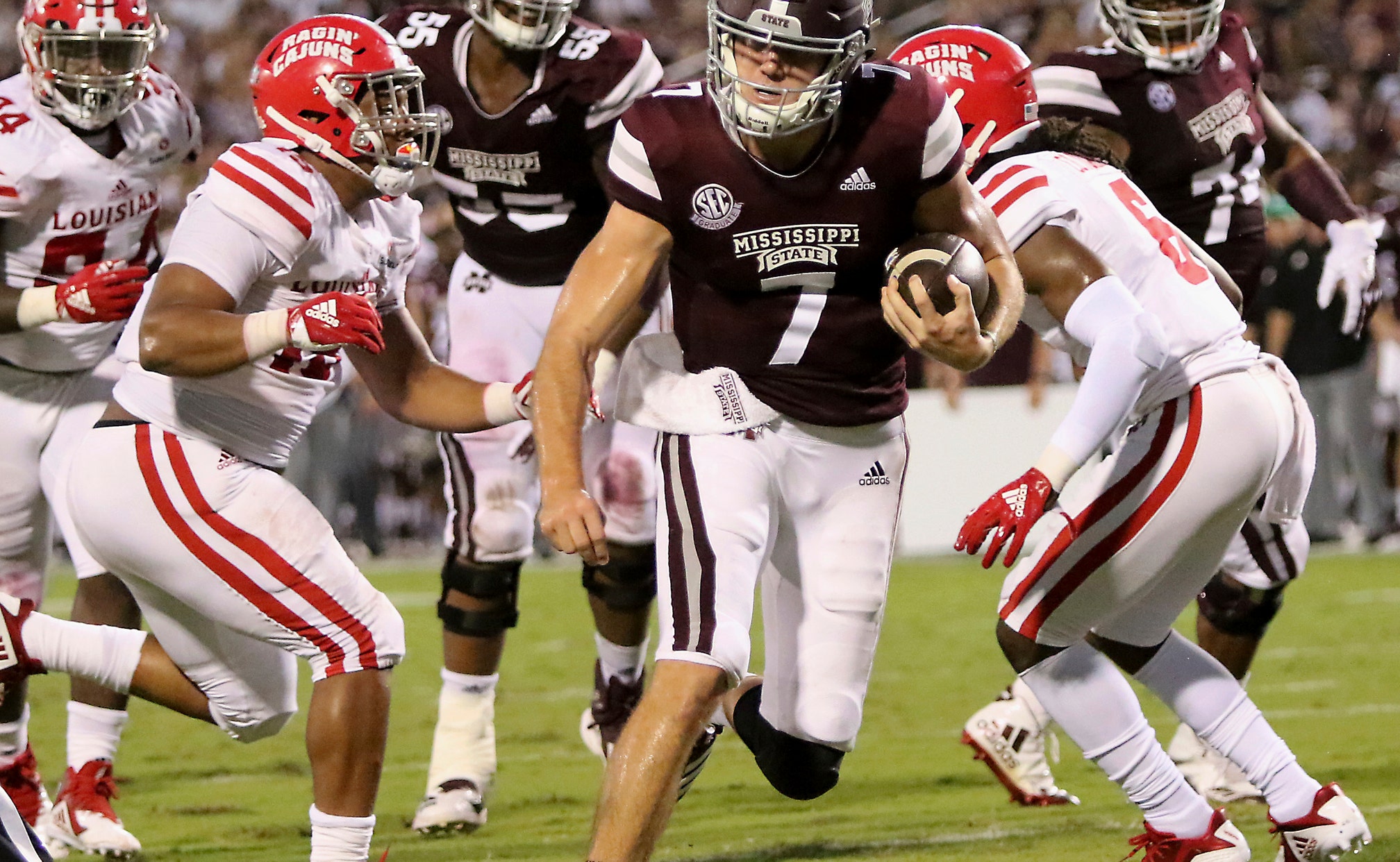 STARKVILLE, Miss. (AP) — Nick Fitzgerald admitted that he wasn't on his 'A' game last weekend at Kansas State, which served as his first game of the season. The fifth-year senior changed up the script against Louisiana-Lafayette and hushed a few critics regarding his passing ability.

Hitting on several long throws and converting on third downs, Fitzgerald accounted for 350 yards of offense and six touchdowns to lead No. 16 Mississippi State to a 56-10 victory Saturday night.

Fitzgerald ran for 107 yards and four touchdowns, the second time he's had four rushing touchdowns in a game. Fitzgerald also completed 14 of 21 passes 243 yards and two touchdowns. It was a far cry from the performance he had last Saturday and he focused on remaining calmer in the pocket against Louisiana.

"It's huge," Fitzgerald said. "With our offensive line and their ability to move people off the ball, we know we're able to run the ball. We had some long third-down conversions that we hit and kept the drives going that endd up as touchdowns. That is what you need and we kept our poised. The game plan was similar to last week as far as the throws, it was about settling down and making the throws and I brought the throws down a little bit."

Aeris Williams added 101 yards and a touchdown on the ground for Mississippi State (3-0). The Bulldogs totaled 607 yards of offense with 331 yards on the ground.

"We challenged the team after last week and we addressed those this week," Mississippi State coach Joe Moorhead. "Louisiana came out with a field goal and we responded well and dictated the game in all three phases. We took a positive step forward tonight but by no means are we there yet. But I like our improved execution and I think we're getting better every week."

Louisiana's Andrew Nunez was 21 of 29 for 224 yards with a touchdown and an interception. He threw a 4-yard scoring pass to Jamarcus Bradley in the fourth quarter.

Louisiana (1-1) got on the board first with a 38-yard field goal from Kyle Pfau early in the first quarter. But it was all Mississippi State the rest of the first half. The Bulldogs scored on all five first-half possessions.

"I thought Nick had some good reads and good throws on third downs and did it into tight coverage," Moorhead said. "To be honest, it wasn't a big amount of variation from what we did last week and we just saw things we could have done better on some of those overthrows. I was confident in Nick knocking some rust off and knew he would improve in game 2. Nick took the corrections from last week and we expected that. He took a step in the right direction."

Fitzgerald was 8 of 13 passing for 171 yards and a touchdown pass to Stephen Guidry in the opening half. The fifth-year senior also rushed for 81 yards and three scores in the half.

Louisiana was 0 of 5 on third down in the opening half and also failed on all three fourth-down conversion attempts. For the game, the Ragin' Cajuns converted just 4 of 13 on third down while Mississippi State was 8 of 11 on third down.

But he was much more accurate in his second start of the season. He completed 14 of 21 for 243 yards and two touchdowns before exiting the game late in the third quarter. The Georgia player also notched his second straight 100-yard rushing game.

Louisiana opens Sun Belt action at home against Coastal Carolina in the first meeting between the two teams.