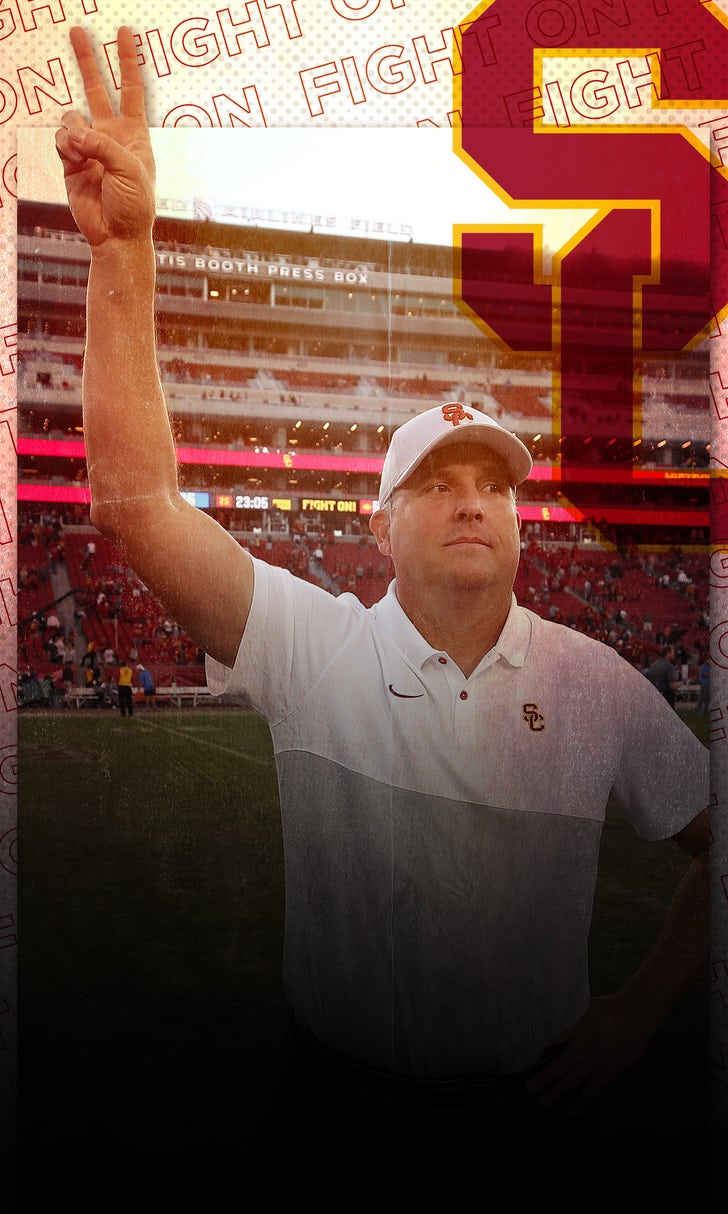 On this week's edition of Breaking the Huddle, FOX Sports college football analyst Joel Klatt welcomed in USC coach Clay Helton ahead of the return of the Pac-12, and also broke down his top 10.

The Pac-12 is finally in game week after months of sitting on the sideline, patiently waiting for a return as other college teams hit the gridiron, so it's no surprise Helton and his Trojans are ready for the early Big Noon Kickoff call on Saturday.

"[I'm] just so thrilled and so happy for our staff and our players ... And we're just thankful and grateful to be able to play the game that we love."

And being in that primetime spot, with all eyes on them, Helton can't wait to showcase the talent on his roster, especially against a tough opponent with division title implications on the line.

"We're excited about it. Where the whole nation gets to see you play your opening ball game, you get to start that resume. You get to do it against a really good ASU team."

The Trojans are favored at home against the Sun Devils (-10.5).

With extra time to prepare from a later start than most conferences, 'SC adjusted their game plan based on what they saw from other teams around the country diving into conference play.

But don't worry, this team will be well worth the wait, as the Trojans have sophomore quarterback Kedon Slovis returning after a historic true freshman campaign. According to Helton and his offensive coordinator Graham Harrell, USC fans have much to look forward to.

"And Graham has always told me, wait until year two. And you can see it in practice. You can see the chemistry between Kedon and the skill players."

Speaking of special quarterbacks, beyond Helton's visit to the show, Klatt broke down some of Justin Fields' plays from last week's win against Penn State, citing Fields' preparation as a player that elevates him above the competition.

"There's a reason why Justin Fields is the leader in the Heisman Trophy race, even through two games, and it's because of his play as a skill player, and also his preparation off the field."

Fields has the second-best odds behind Alabama quarterback Mac Jones (+165).

And Klatt has Fields and his Buckeyes tied at No. 1 with Alabama and Clemson in his top 10.

The top-ranked Tigers have a huge matchup with No. 4 Notre Dame this weekend, with Clemson quarterback Trevor Lawrence sidelined due to COVID-19.

Another monster game to check out is No. 7 BYU at Boise State on Saturday, as Klatt believes the Broncos will be the Cougars' toughest test en route to an undefeated season and college football playoff bid.

"A lot of people think Cincinnati should be ahead of BYU, but the reason I have BYU ahead is because of [quarterback] Zach Wilson. He is an outstanding player – I think he would be the best player on the field if those two teams played."