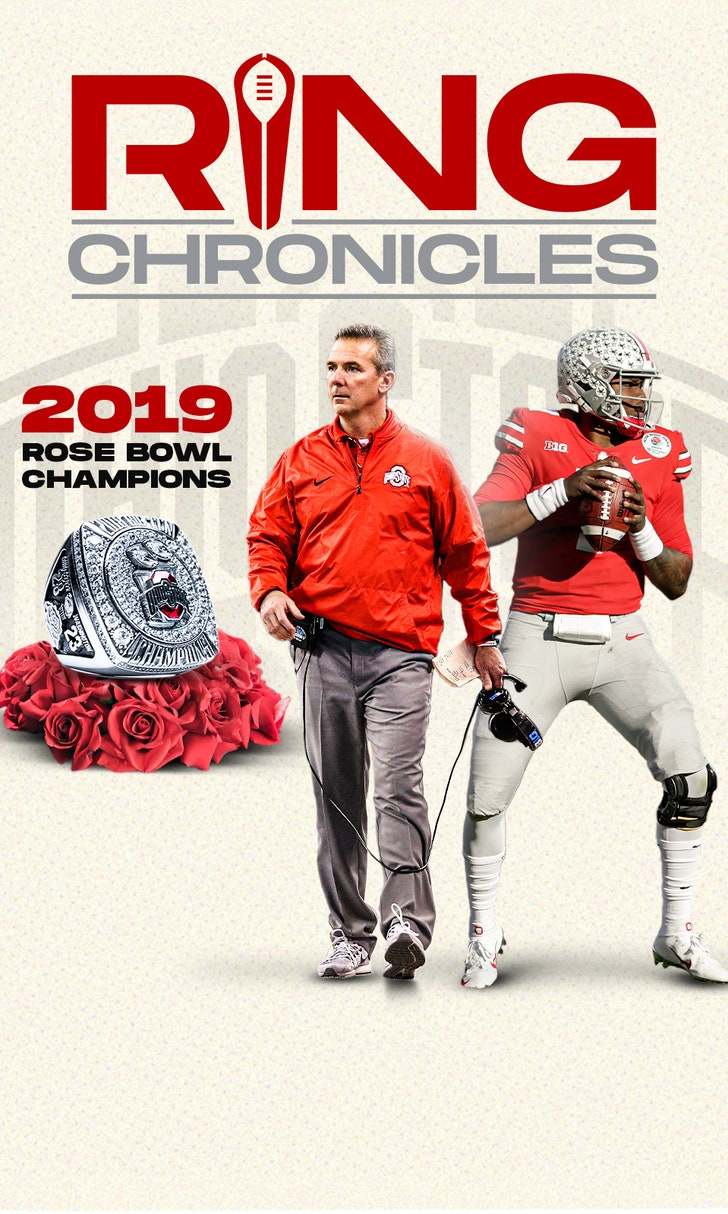 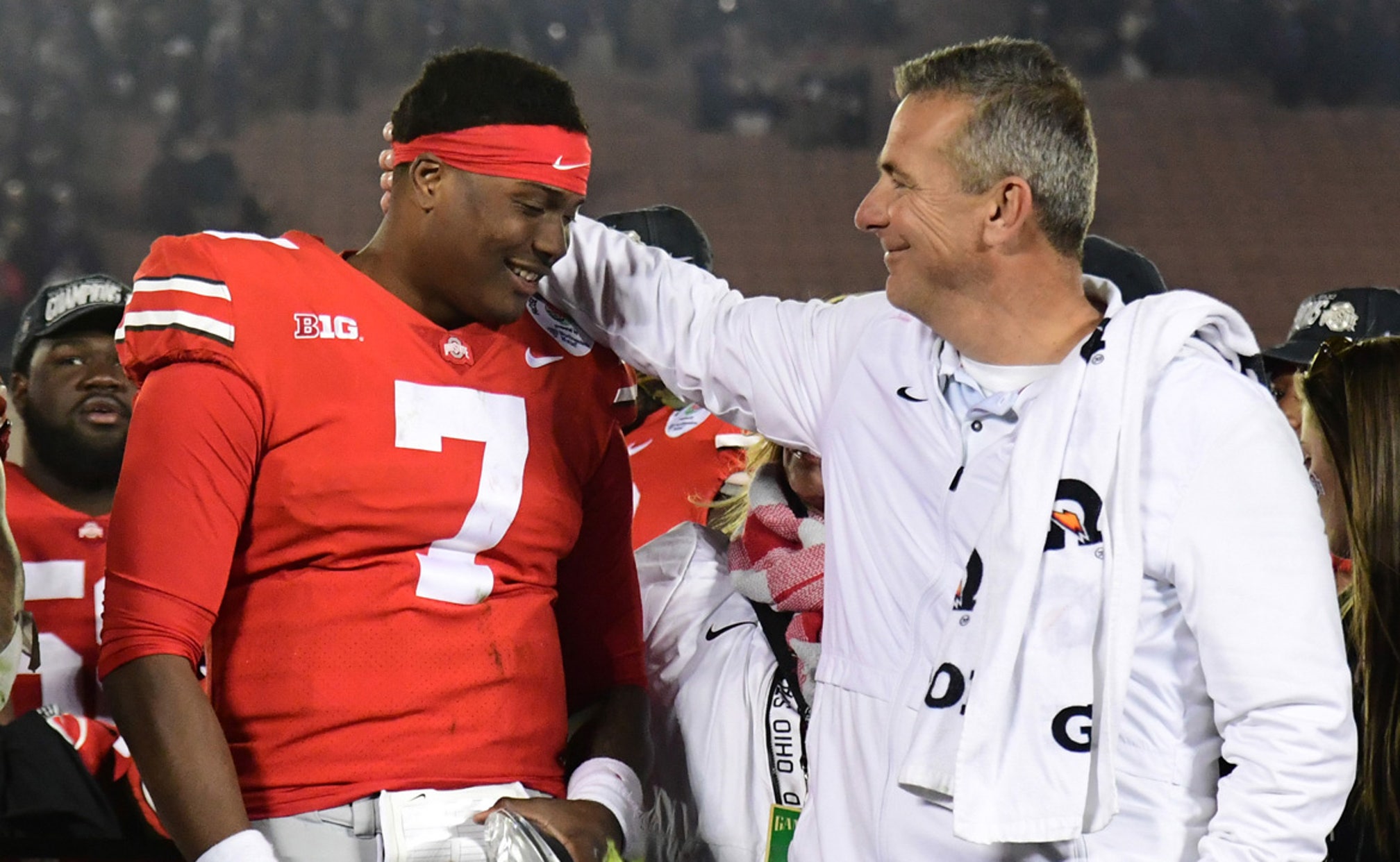 previous story
Just How Good Are The Rockets?
next story
What We've Learned Betting The NBA
College Football

These days, Dwayne Haskins is preparing for the 2020 NFL season and his presumed spot as the starting quarterback for Washington. But less than two short years ago, he was leading Ohio State to the Rose Bowl alongside coach Urban Meyer.

In the second episode of "Ring Chronicles," the two Buckeyes legends discussed Haskins' journey to the starting job at Ohio State, that 2019 Rose Bowl win, studying Kobe Bryant, and much more.

The conversation airs tonight at 7 p.m. ET on FOX's College Football social accounts, but below is an exclusive look at the full episode here on the FOX Sports App and FOXSports.com.

As Meyer points out, Haskins will go down as one of the greatest quarterbacks in the illustrious history of Ohio State. But to stake that claim, he had to beat out Joe Burrow, this year's Heisman winner, national champion, and the NFL Draft's first overall pick.

In reflecting on that battle, which ended with Burrow transferring to LSU, Haskins recalled that the "heated competition" made both of them better — but at the time, there was certainly tension:

"I love Joe, but during that battle, for almost two years, me and Joe couldn't stand each other." 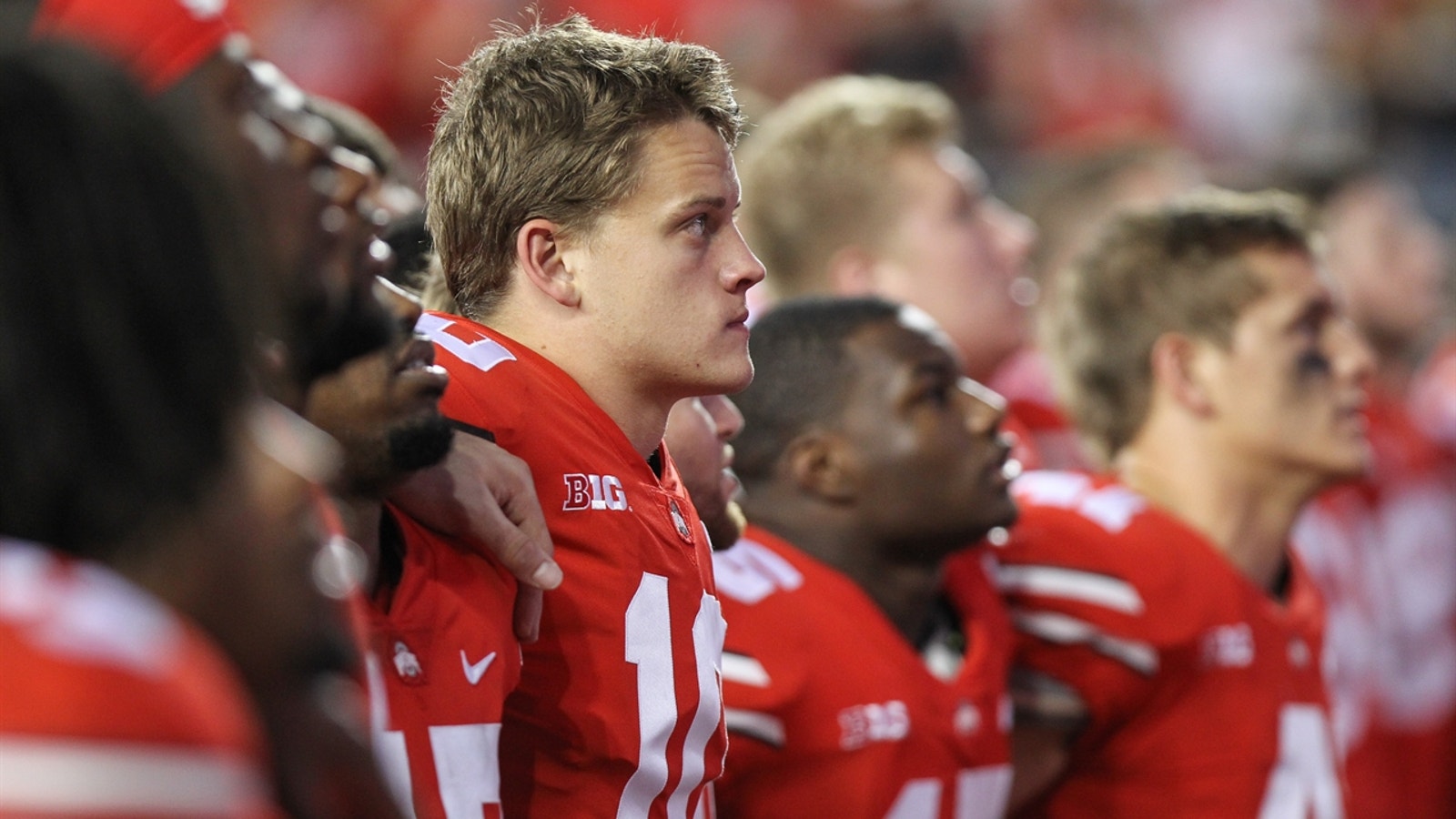 Yet one of Haskins' most memorable moments came early in his college career — before he'd won the starting job — as he replaced an injured J.T. Barrett to take down Michigan in 2017.

There was quite a bit of pressure in front of 110,000 people, and as both Haskins and Meyer tell it, the QB didn't do himself any favors with his claps at the line of scrimmage that his offensive linemen could barely hear. 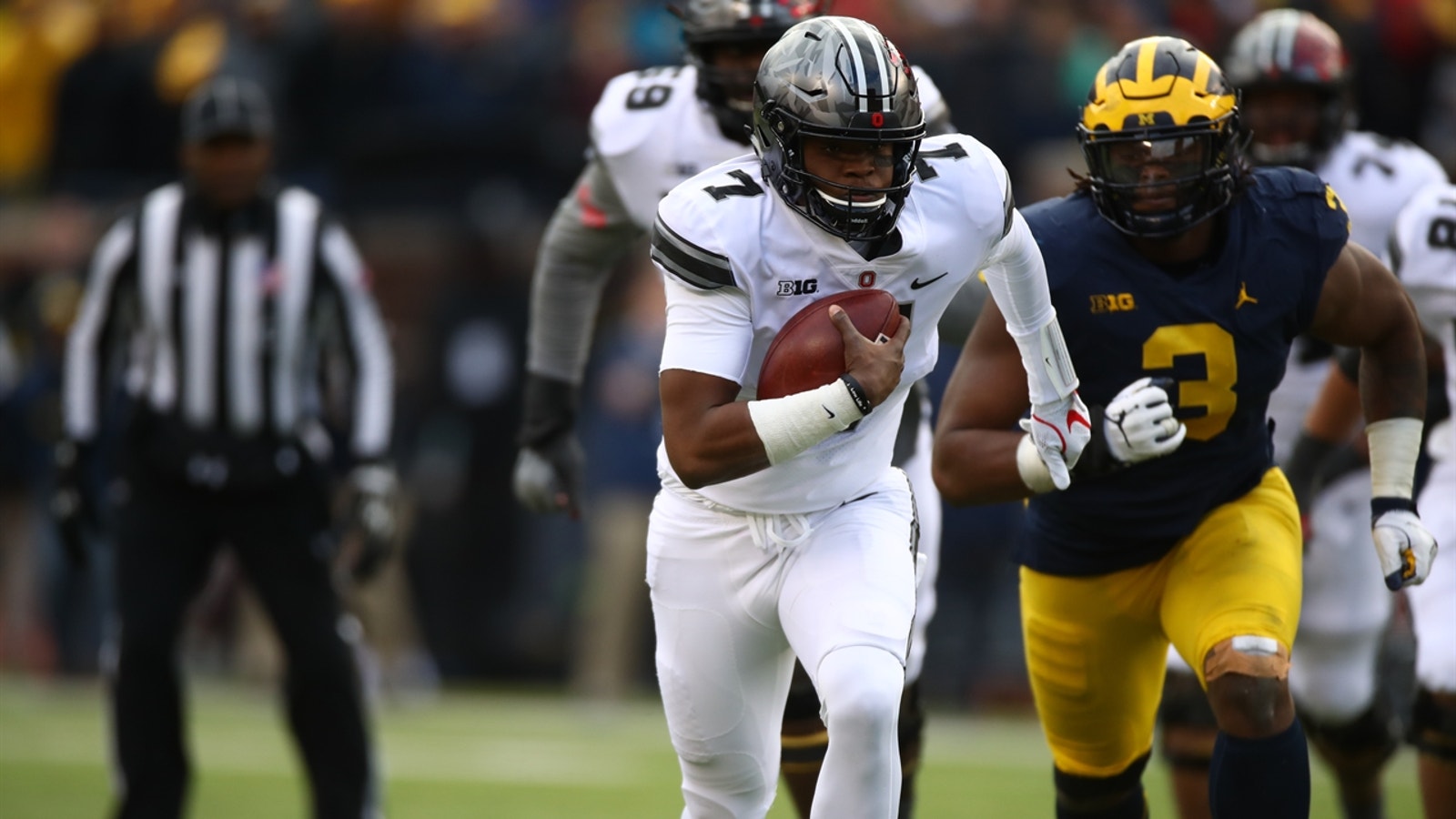 Suffice it to say that Haskins got the hang of the whole leadership thing, though, culminating in that 2019 Rose Bowl win to cap his college football career. It was also Meyer's last game as a coach, which made the victory even more emotional.

Three moments in particular from that game resonate with Haskins: Receiving the MVP trophy while thanking his coach, leaving the field as Ohio State fans asked him to come back for one more year, and, well, Meyer pointing out that he missed a few throws on the field. 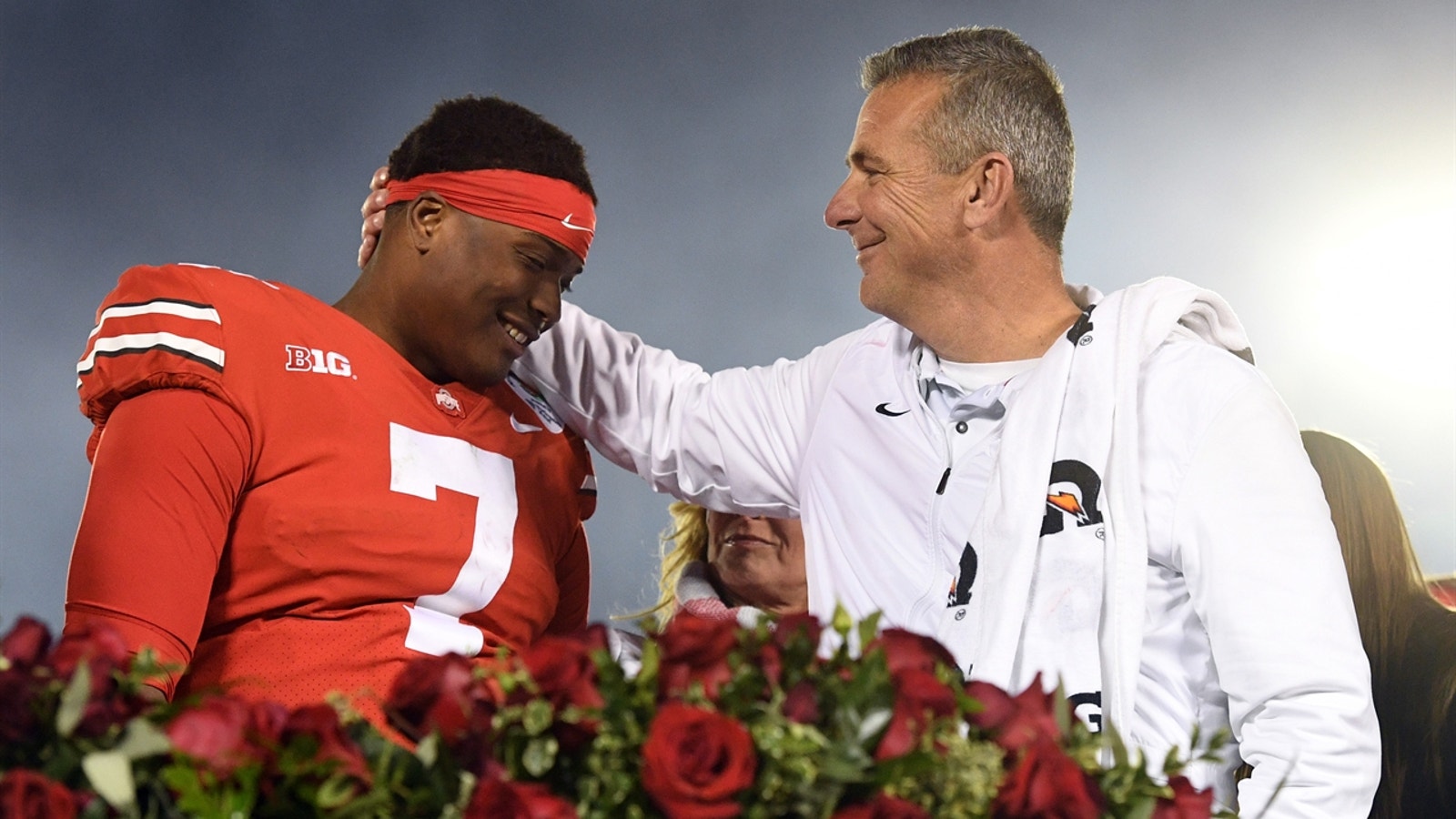 You can watch the rest of this outstanding interview, including what specific facet of Kobe Bryant Meyer told Haskins to study, here.

Get more from College Football Add to your favorites to get information about games, news and more.
share story