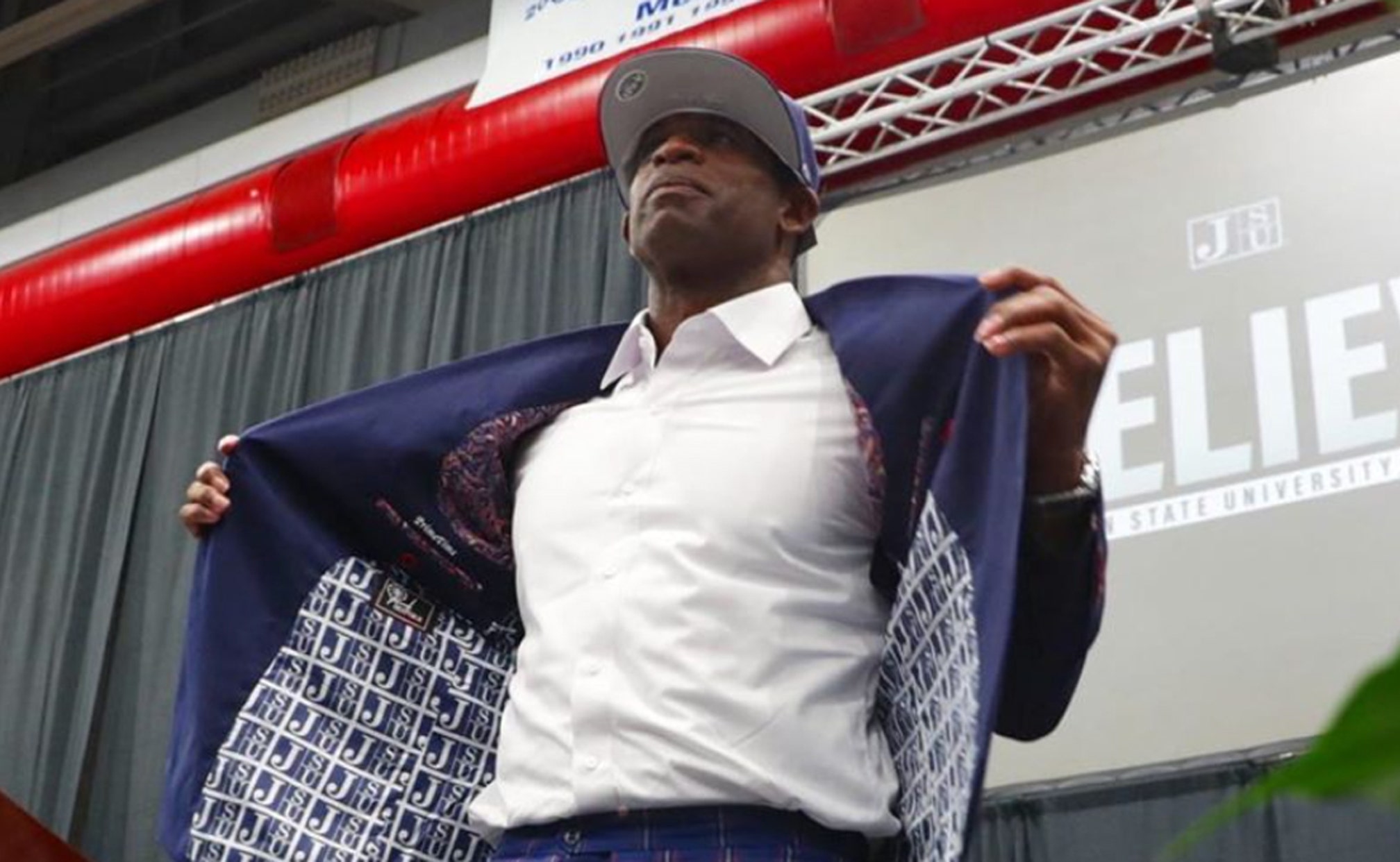 Deion Sanders was must-see television on Sundays during his NFL career, hence the nickname "Prime Time."

Now, he is bringing that same flair and excitement to Jackson State University, formally being announced as their new head football coach on Monday.

And Neon Deion made an entrance as only he can for the announcement, rolling up in a Cadillac Escalade escorted by police officers.

Sanders is now the 21st head coach to take the reins at Jackson State, with this being his first collegiate coaching job.

He spoke of what it means to be a part of the Jackson State family upon becoming the new head coach.

"I am truly blessed to be the 21st Head football coach of Jackson State University," said Sanders. "This amazing HBCU has always enjoyed a high level of commitment academically and athletically. It's my desire to continue this storied tradition and history of JSU and prayerfully bring more national recognition to the athletes, the university, the Sonic Boom of the South, and HBCUs in general.

"I am truly proud to be a part of the JSU Tiger family. 'I believe.'"

Sanders was a two-time All-American at Florida State before becoming a first round pick of the Atlanta Falcons in the 1989 NFL Draft.

He won two Super Bowls with the San Francisco 49ers and Dallas Cowboys in the 1994 and 1995 seasons and was named to the Pro Football Hall of Fame in 2011.

Few athletes have the same charisma and flair that Sanders had when he took the field on Sunday's, but Los Angeles Lakers superstar LeBron James is one of them.

James congratulated Sanders on the hire.

Shannon Sharpe called the hire a "game changer" for HBCUs.

How successful Sanders is at Jackson State remains to be seen, but he has already grabbed headlines for his arrival to the program.

If the on-field product matches this arrival, Jackson State will take on the name of its new head coach and truly become prime time.