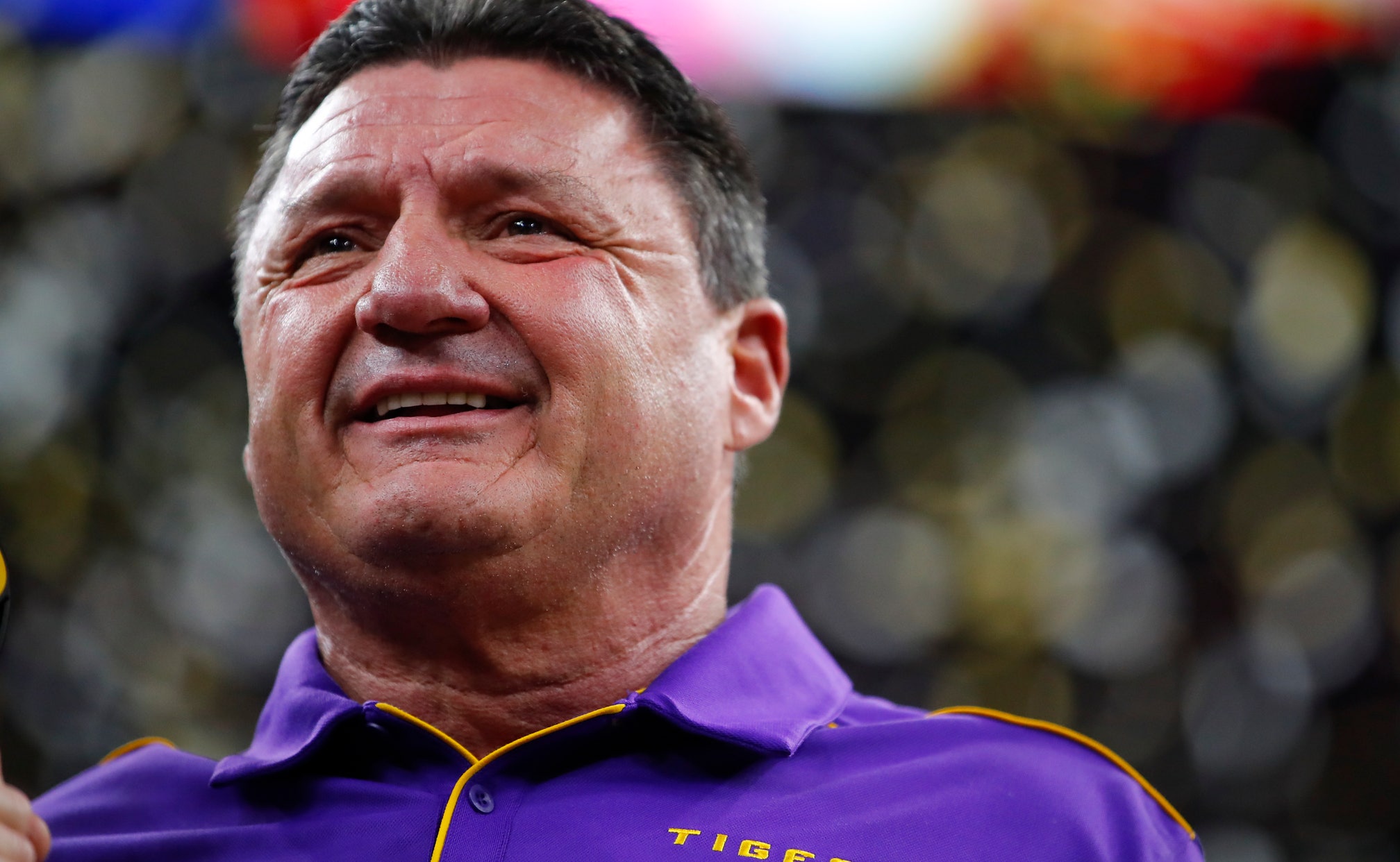 And the fun started early this morning.

Urban Meyer, Reggie Bush and the Big Noon Kickoff crew discussed the biggest news involving the collegiate gridiron on Saturday morning, including the return of the Pac-12, Deion Sanders' new gig at Jackson State, and of course, Reggie's suit.

Let's get into the nitty-gritty:

Pac-12 commissioner Larry Scott joined the crew this morning to talk about the return of play for the West coast's Power 5 conference.

Scott said that the major hurdles have been overcome in regards to the Pac-12's return to play, specifically the conference's ability to test on a daily basis.

"It's amazing, over a period of 44 days, how much changed ... Importantly, we've gotten the approvals that we need from state officials: California, Oregon and Washington. The only remaining hurdle really is working through some final issues with some of the counties that we're in. That's the ultimate power is in terms of giving our schools the green light to play."

Scott also addressed the Pac-12's decision to adopt a 7-game schedule and hopes that it is enough to sway the College Football Playoff committee come the end of the season, assuming there is a 7-0 Pac-12 squad.

"There's no minimum number of games because everyone's got uncertainty about how many games they're gonna get to play ... This is gonna be a year where we acknowledge there are gonna be differences in terms of the resumes."

'Coach Prime' was in the building this morning.

Well, not really – but he was on the big screen.

This past week, Deion Sanders – hailed as the greatest cornerback in NFL history – accepted the head coaching position at Jackson State University, a historically Black college in Jackson, Mississippi.

On Saturday, 'Coach Prime' joined the Big Noon Kickoff crew to talk about his new gig. And apparently, he's already figured out the formula for success.

"I want to coach like a Urban Meyer. I need a quarterback like a Matt Leinart. And I need an all-purpose guy like a Reggie Bush. Let's just start right there. If I can get those three, man, I can have a program that's unbelievable!"

All jokes aside, Sanders laid out what type of guys he will look to bring to Jackson State in the coming years.

"I'm looking for guys that are smart, tough, fast and disciplined, that love the game of football."

Sanders said he has his coaching staff in place, and has met his players, over Zoom meetings and a few in-person.

However, 'Coach Prime' said that the most important meeting he needs to have is with compliance.

"Just tell me what I can't do! Because I gotta do everything I can to get me a Leinart and a Bush!"

Will the 'Air Raid' work in the SEC?

Mike Leach is bringing his electric offense to the SEC as the new head coach at Mississippi State.

Meyer and former Texas Tech QB Graham Harrell – now the USC quarterbacks coach – broke down the 'Air Raid' offense that made Leach a legend in his Texas Tech days, and discussed whether it will work in the physical SEC.

Burrow has since up and become the No. 1 pick in the 2020 NFL Draft, and now, the responsibility of leading Ed Orgeron's offense falls on the shoulders of junior QB Myles Brennan.

On Saturday, Orgeron joined Leinart to discuss all things LSU heading into the 2020 season, namely what advice he gave Brennan with the season set to begin.

"Relax. We believe in you. Be the best Myles Brennan you can be. You're surrounded with a lot of great players. You don't have to go out there and be the star. Just take care of that football and manage the football team."

A bounce back year for Stanford?

Stanford head coach David Shaw has led the Cardinal to an overall record of 86-34 in his nine years at the helm of the program, but the 2019 season served as Shaw's first losing campaign in Palo Alto.

Shaw spoke to the crew this morning about his expectations for the Cardinal in 2020.

"We've got a lot of talent. Last year, we had a lot of injuries. Our starting quarterback is coming back, a lot of receivers are coming back, and a healthy offensive line ... On the defensive side, we're young and we're fast and we're deep."

One last nod to Reggie's suit