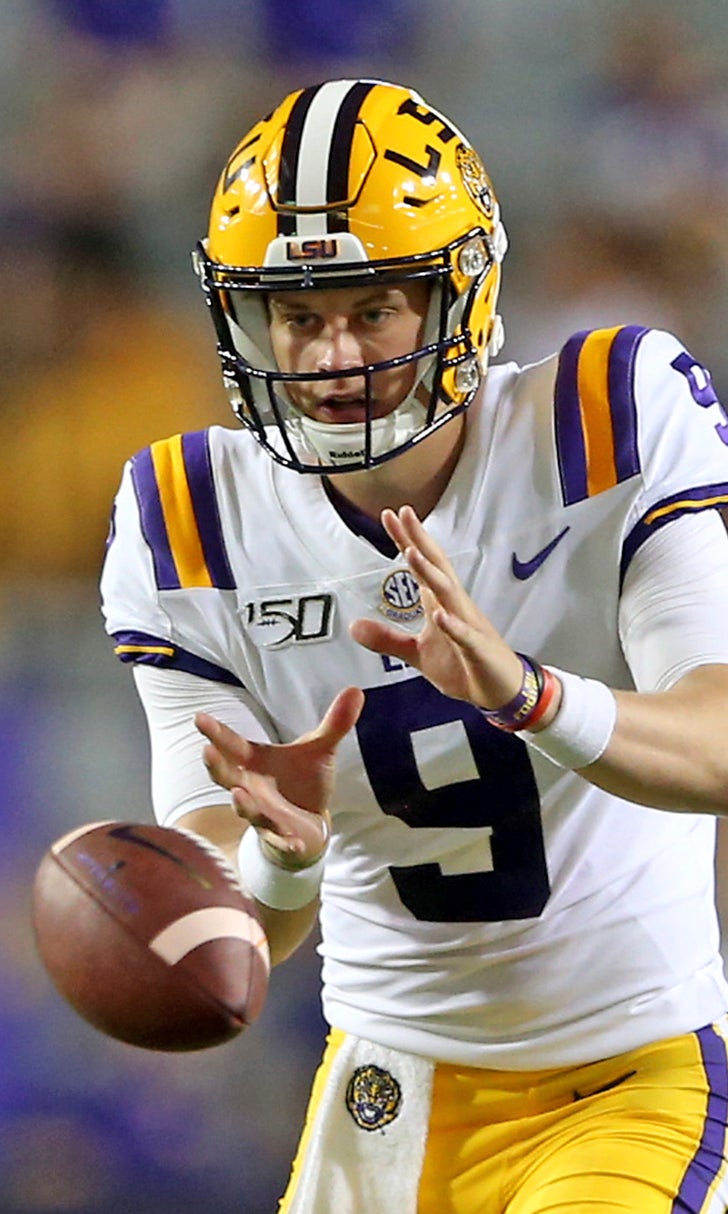 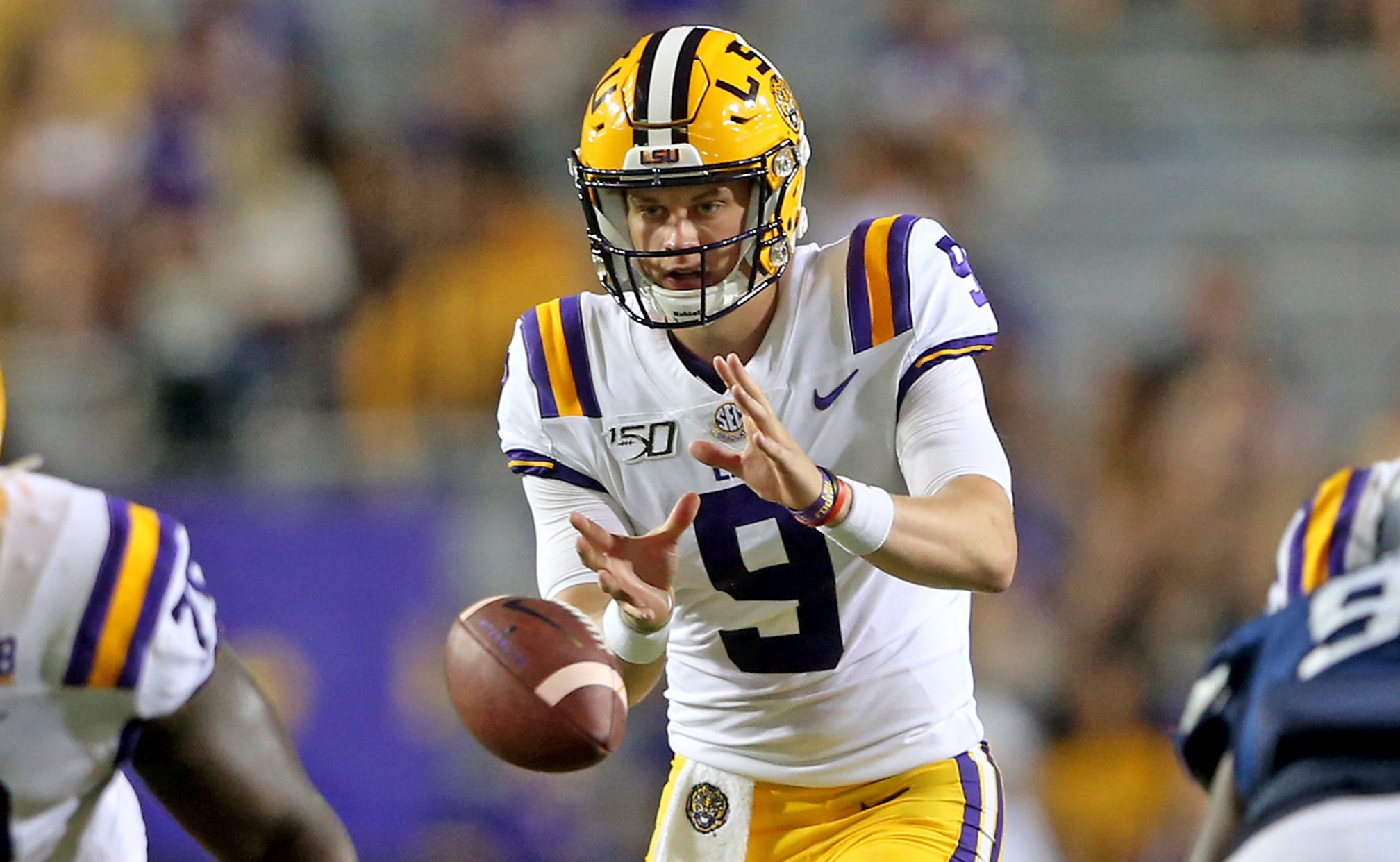 Burrow leads No. 6 LSU into Austin to play No. 9 Texas

Think long term: The winner of one of the season's top non-conference matchups could get a big boost at the end of the year if they are still in the mix for College Football Playoff. Plus, there's bragging rights in the East Texas recruiting battles.

Texas quarterback Sam Ehlinger vs. LSU defensive backs Grant Delpit and Kristian Fulton. Ehlinger set a Big 12 record last season for most pass attempts without an interception. He tied his career-high with four touchdown passes last week against Louisiana Tech. But Delpit and Fulton likely make this the most talented secondary Texas will face this season. Both are projected as first-round NFL draft picks in 2020.

LSU: Quarterback Joe Burrow. LSU has a new up-tempo offense and Burrow ran it to perfection last week with five touchdown passes in one half.

Texas: Left tackle Sam Cosmi vs LSU edge rusher K'Lavon Chaisson. There's a lot riding on Cosmi, who must protect Ehlinger's blind side and get a push in a Texas running game that has been decimated by injuries. Chaisson missed most of last season with a knee injury and will be eager to make up for the lost time with big plays. He'll have to rush the passer and contain Ehlinger from running outside.

Ehlinger has a 9-to-1 touchdown-to-interception ration over his last 14 games. Burrow has 12 touchdown passes in LSU's last three games dating to last season. ... Texas starter Keaontay Ingram is the Longhorns' only healthy scholarship running back. The "emergency" players behind him are converted quarterback Roschon Johnson and converted linebacker David Gbenda. ... How important is recruiting Texas for LSU? The Tigers have 12 scholarship players from the Lone Star state. The Longhorns have three from Louisiana.