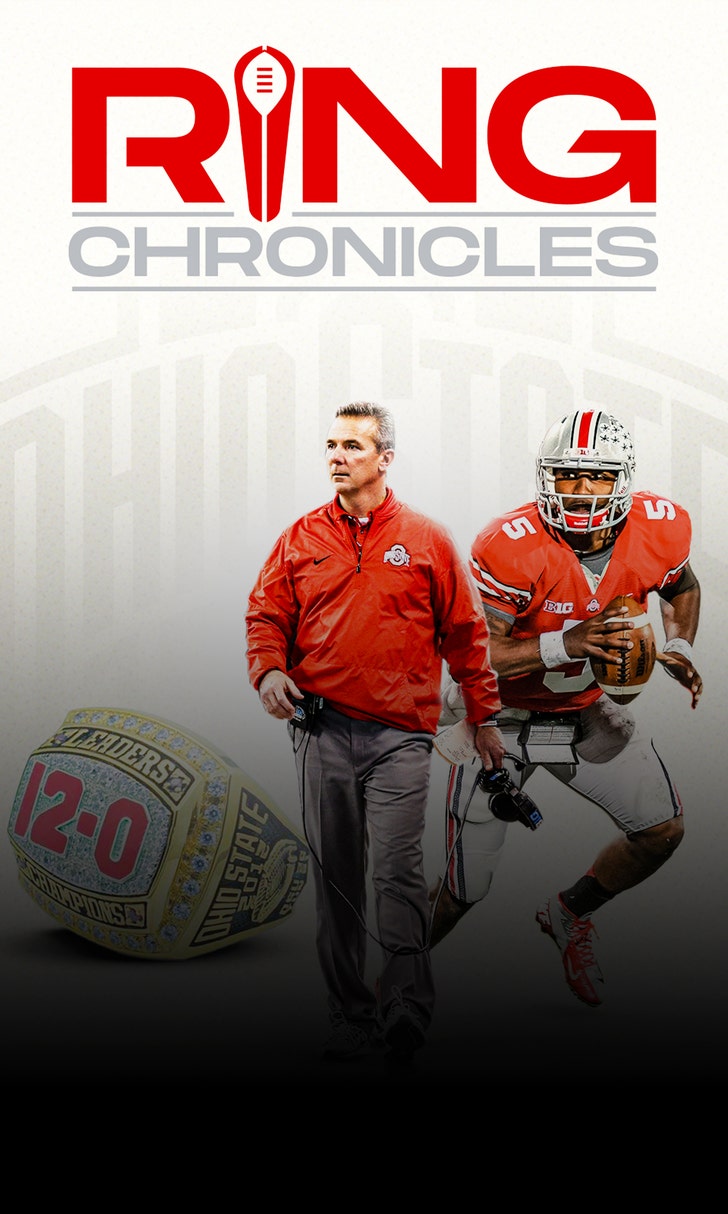 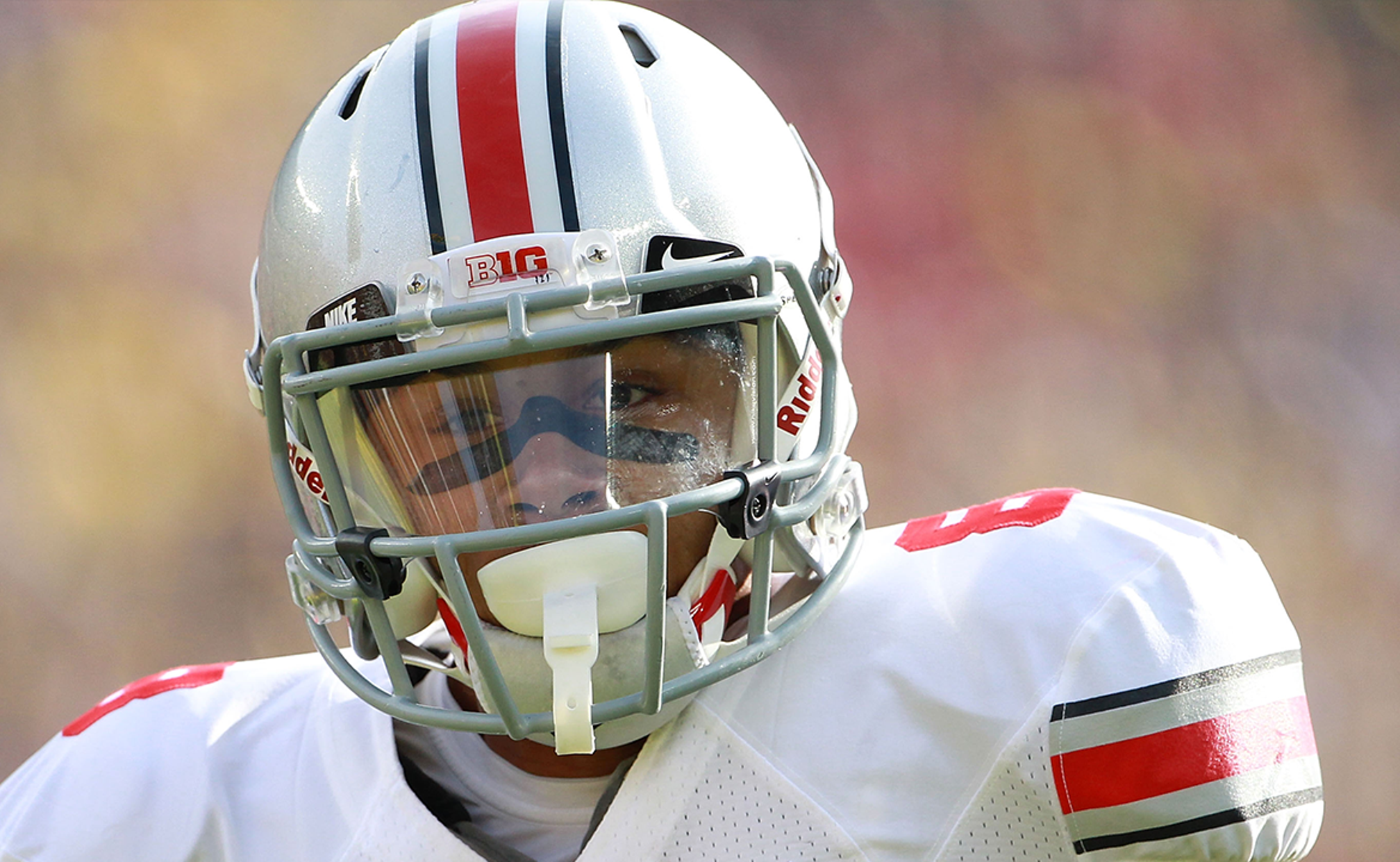 The 2012 season for Ohio State football featured a new Buckeyes coach in Urban Meyer, as well as multiple sanctions as a result of previous indiscretions within the program.

In the fifth episode of Ring Chronicles, then-OSU quarterback Braxton Miller and Meyer sat down to discuss how the adversity facing the Buckeyes only made their success that more magical, as they finished 12-0 on the season, including a huge victory over rival Michigan.

Following the Buckeyes' first losing season since 1998, Ohio State hired Meyer, who at the time was a 2-time national champion with the Florida Gators.

Due to an NCAA investigation conducted in the previous season, the Buckeyes were ineligible for both the Big Ten Championship Game, as well as a shot at a bowl game or national title.

Still, the Buckeyes continued to prepare for the season as if a title was in their grasps, despite the limitations placed upon the program. 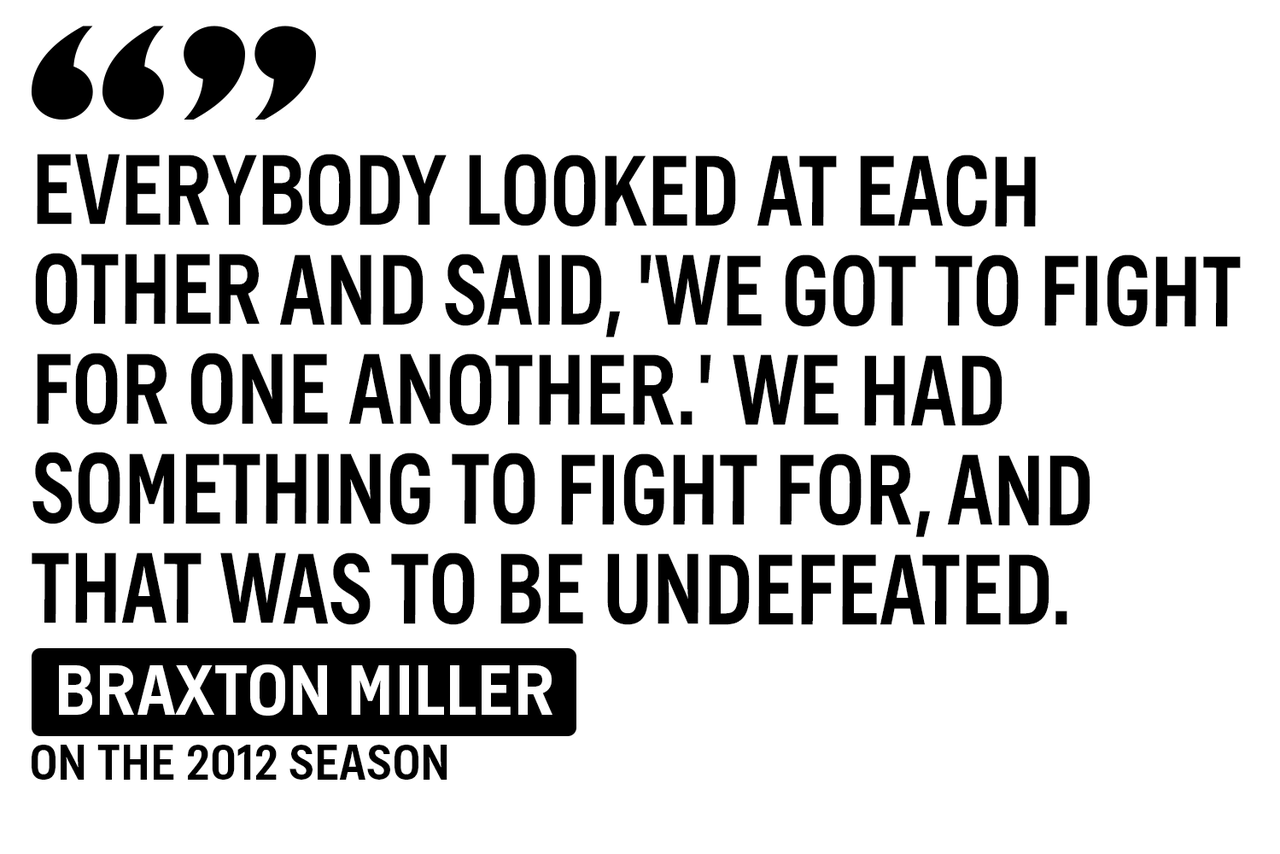 Meyer imposed his will on the team from the outset. Fall camp began with Meyer’s “crucible of training." The goal was to burn out the impurities, meaning keep the players on the roster that were committed to the team's goals.

"Ohio State didn't have bad players, and they certainly didn't have bad coaches, but something was wrong. And that's what a crucible of training does – you find out what's wrong. You need to surround them with a culture and an expectation level that's very transparent." 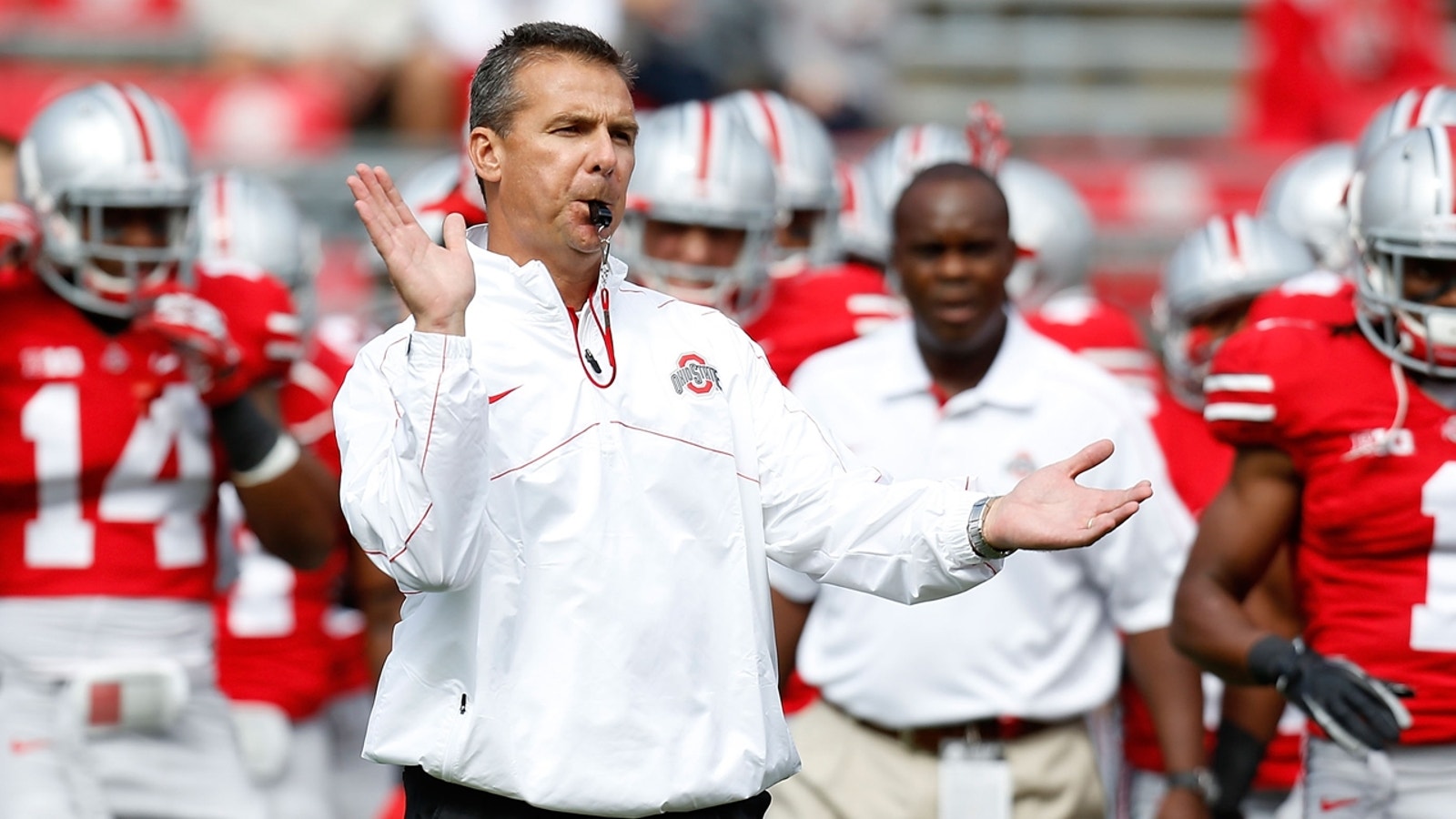 But Miller was grateful for the experience: 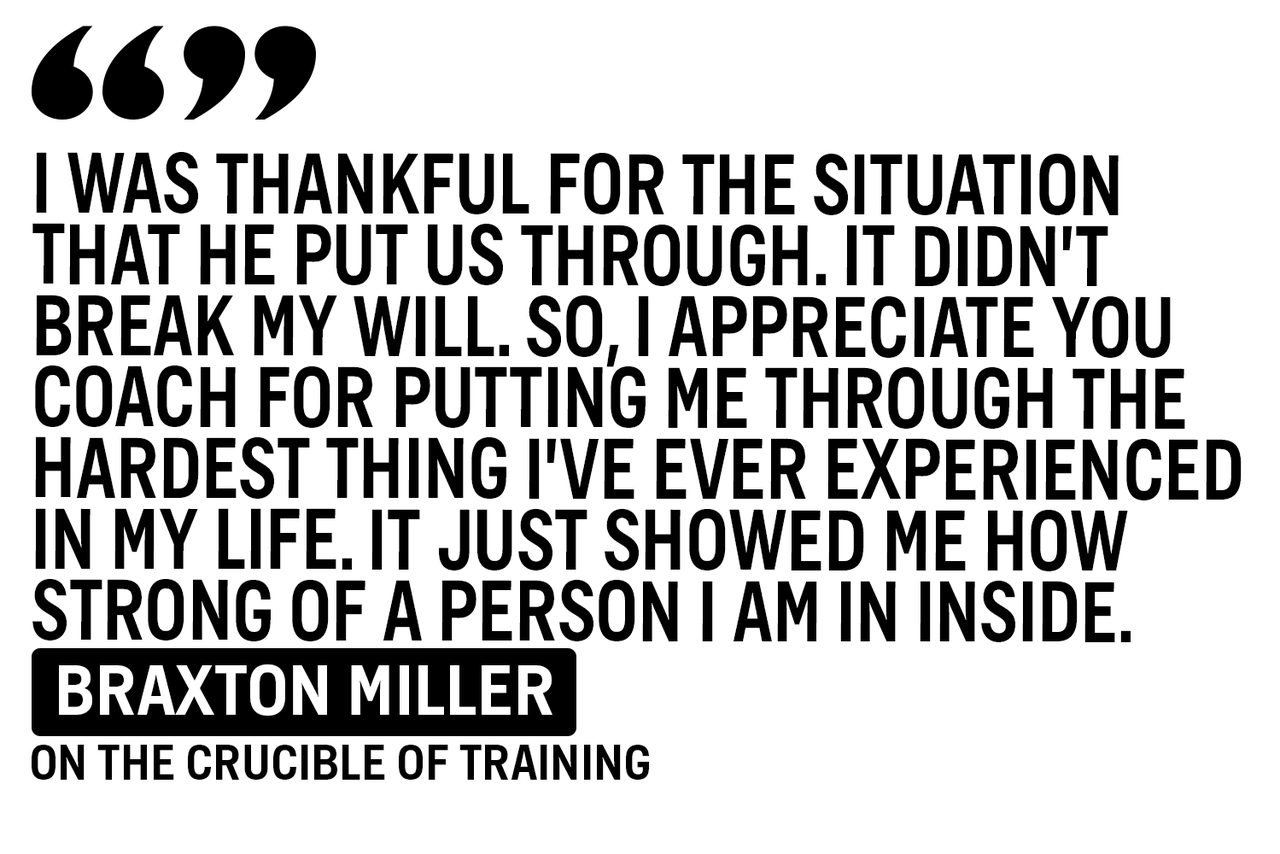 Although they went undefeated, the season wasn't without its close calls. An early game against Michigan State proved to be a nailbiter, as well as overtime games against Purdue and Wisconsin. But the Buckeyes held on, winning eleven straight.

It was then time for the biggest game of the regular season against the rival Wolverines.

"That's one you can't lose," Meyer said. "I really believe all 11 don't matter if you lose that game. We worked for that game everyday. That's not a big game or big week – that is everyday we work on that game. Most prepared team will win that game." 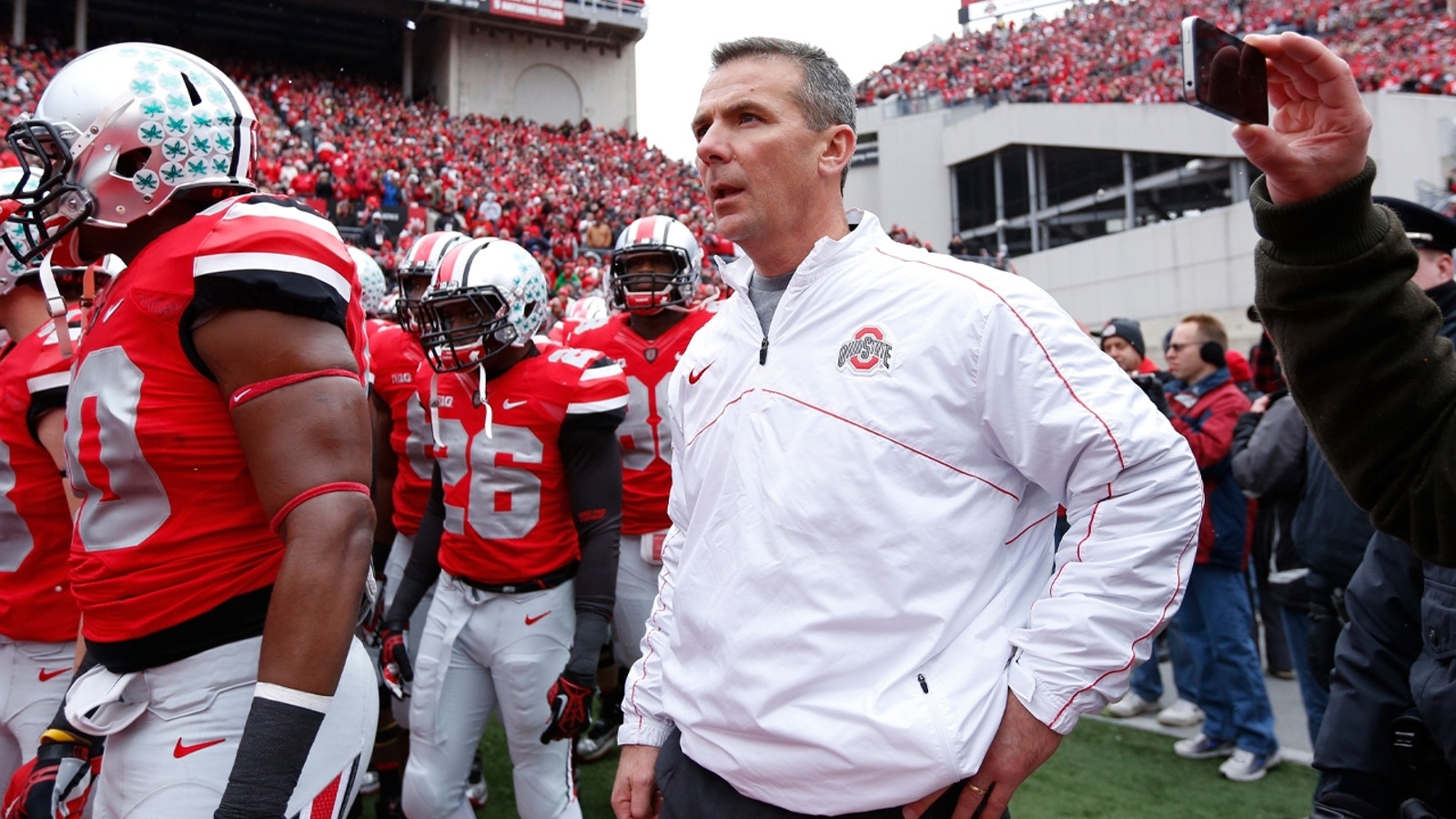 Shutting out Michigan in the second half sealed a 26-21 victory for Ohio State and an undefeated season.

Even though the Buckeyes' road ended there, according to Meyer, the football program is still benefitting from the team-first approach introduced by that 2012 squad. 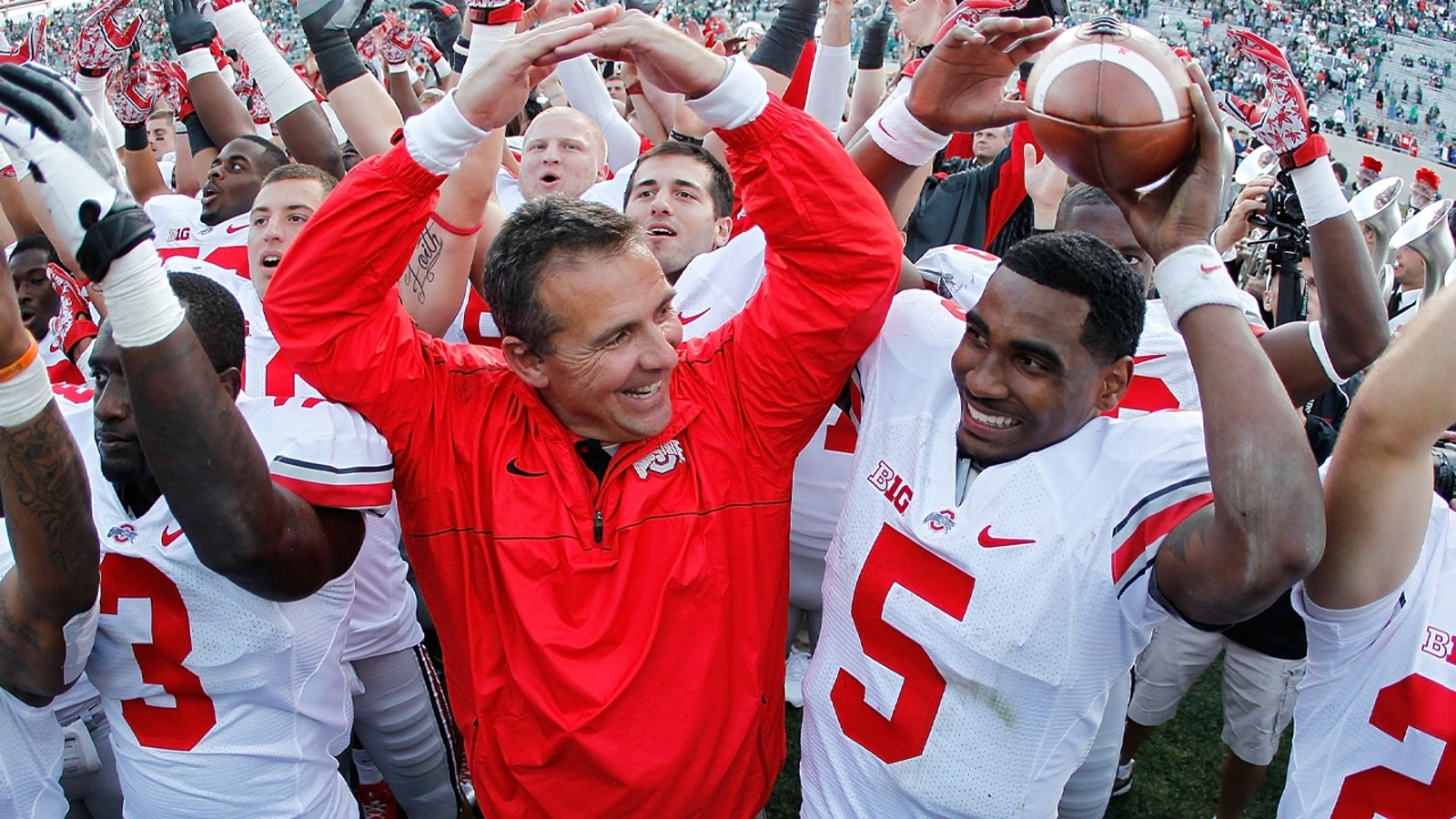 And for Miller, the 12-0 ring and undefeated season still means everything to him. 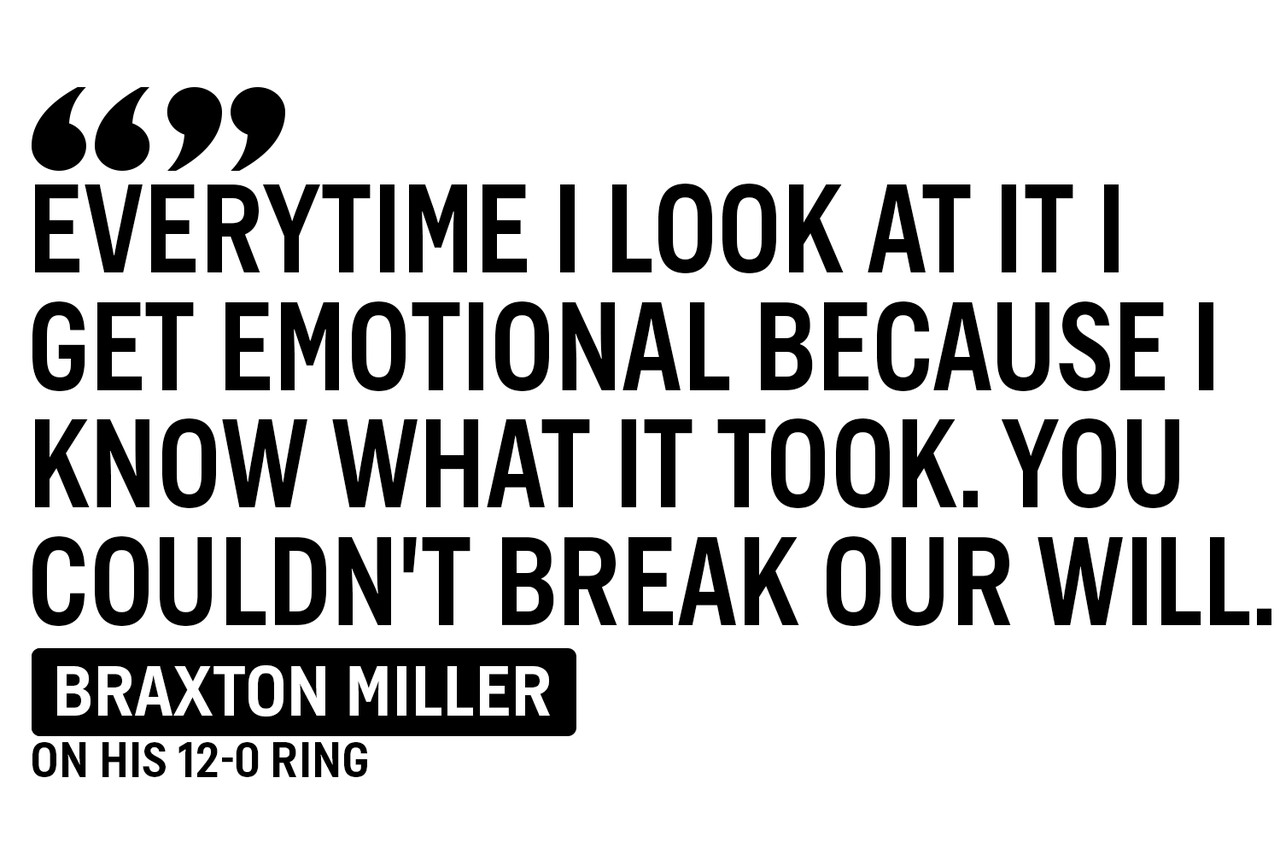 You can check out the entire fifth episode of Ring Chronicles with Urban Meyer and Braxton Miller here!