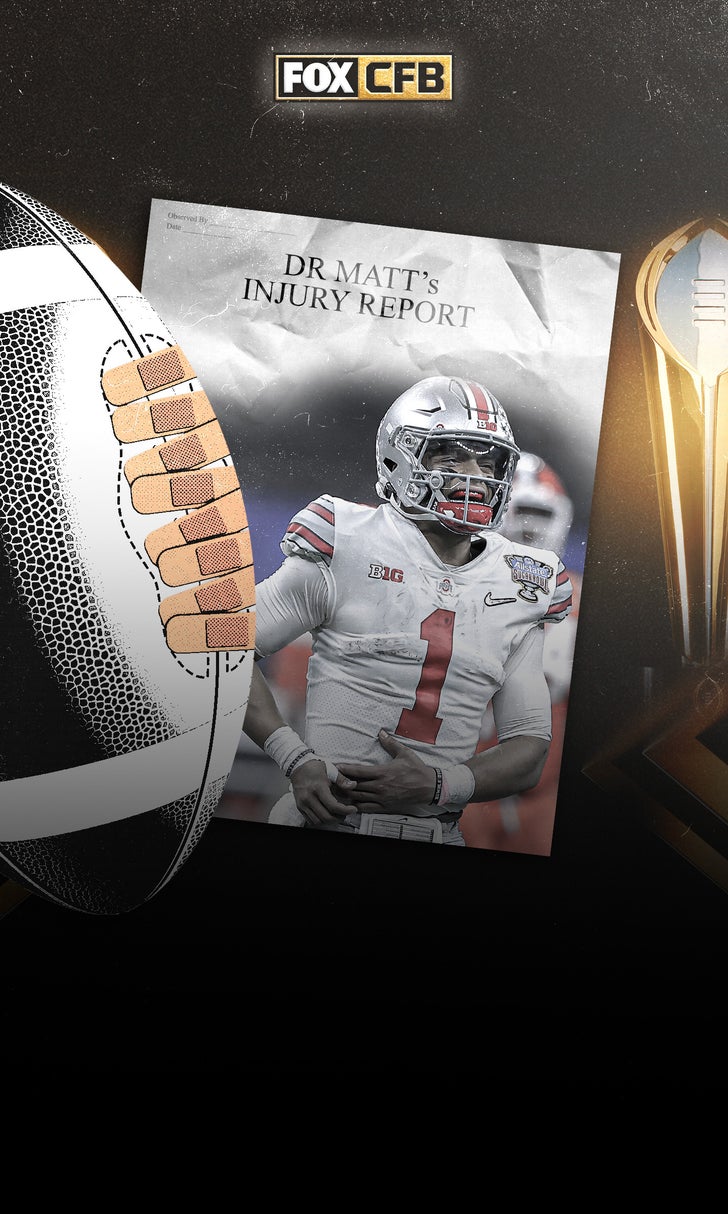 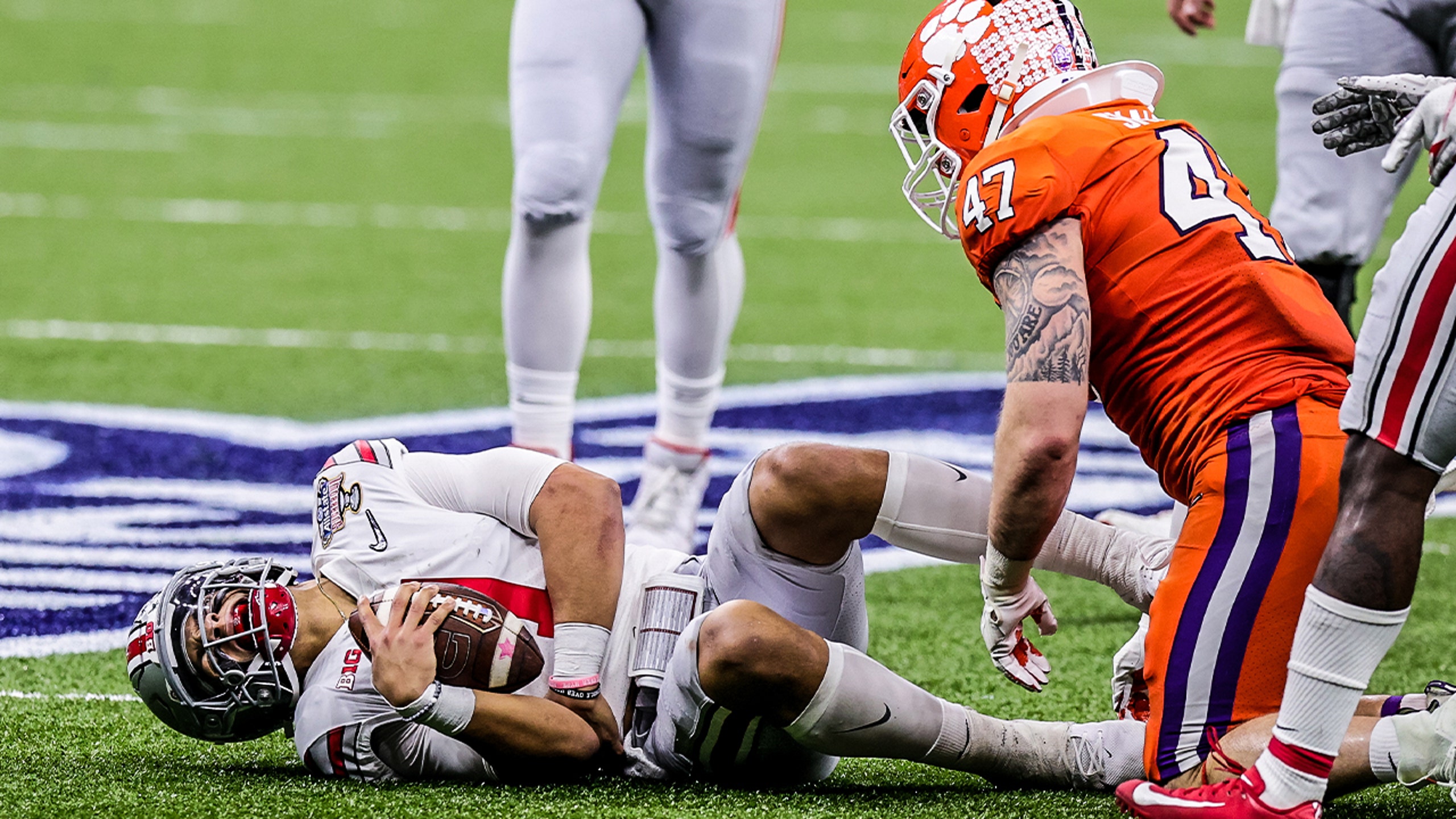 When the two top teams in all of college football clash on Monday night for the national title, two of the biggest stars will be facing injury questions.

Alabama wide receiver Jaylen Waddle could be making his comeback from an ankle injury suffered nearly three months ago, while Ohio State quarterback Justin Fields is dealing with a battered core, after taking a big hit in the College Football Playoff semifinal.

Before the National Championship Game, FOX Sports injury expert and former New England Patriots head team physician Dr. Matt Provencher broke down the latest on both injuries and what to expect from each star on Monday.

The Alabama wide receiver injured his right ankle on Oct. 24 against Tennessee, when he caught his foot between the turf and a defender's body while being tackled. From video analysis and also some level of confirmation from the team, we know this was a high-ankle sprain with some type of fracture.

The high ankle injury tears the syndesmosis of the ankle (a structure that keeps the tibia and fibula together), and sometimes, there is an associated fibula fracture (the bone on the outside of the ankle).

Waddle had surgery that same evening, most likely to stabilize the high ankle joint injury and also fix a small fracture. The goals of this procedure are to allow the high ankle injury to heal anatomically and in a reduced position – meaning in its normal, anatomical position. 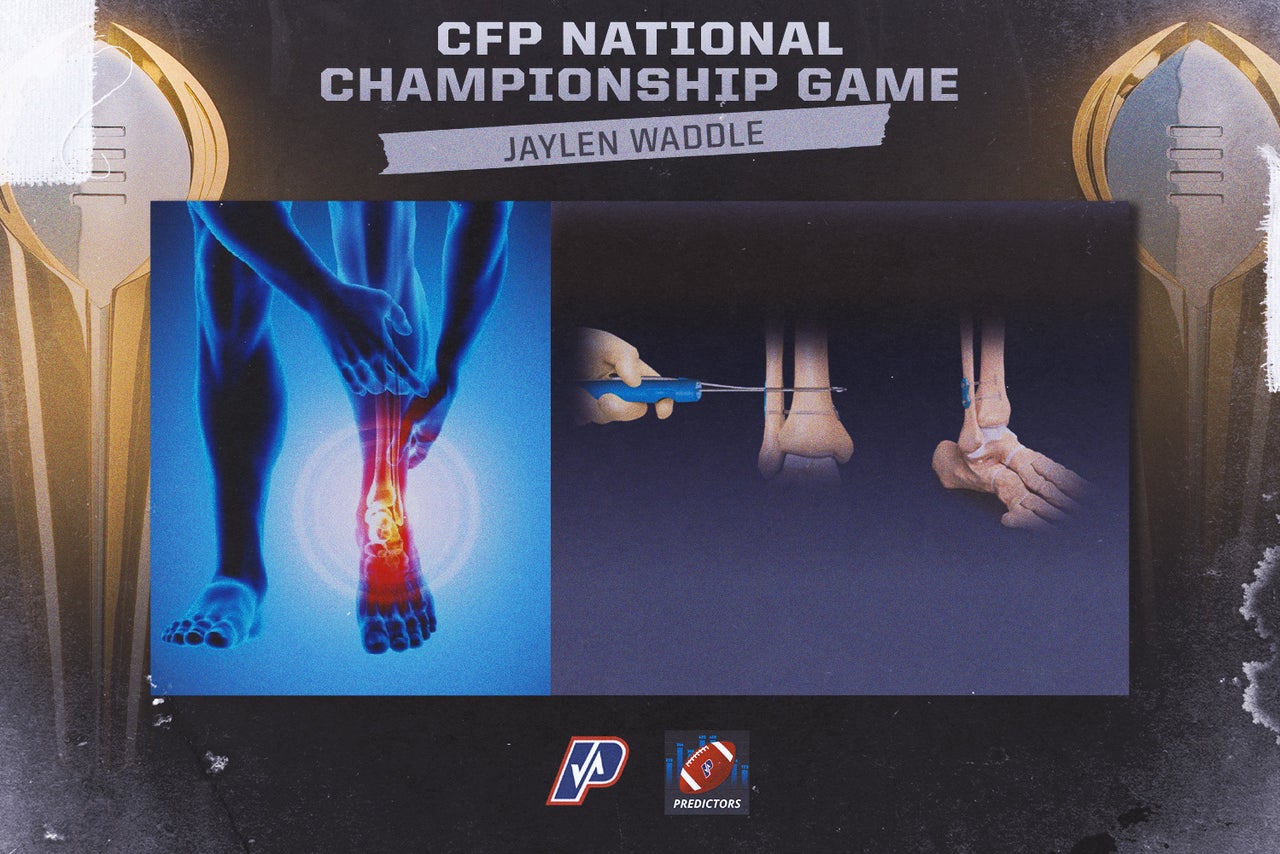 The treatment for this has been revolutionary in terms of foot and ankle surgery, in that it is allowing our athletes to return to play sooner and with more confidence. A recent example was Alabama quarterback Tua Tagovailoa, who had a similar injury (although likely without frature) and surgery in October 2019, then played three weeks post surgery when the Crimson Tide faced LSU.

Waddle officially returned to practice on Jan. 5, and the team was confident this week about a return for the national championship game on Monday. On Sunday, though, coach Nick Saban told reporters Waddle will be a game-time decision.

The reality is that although the junior will be just over 11 weeks out from the injury and surgery come Monday, he still may have some limitations in ankle mobility, ankle proprioception (the joint function and muscle firing capability around the joint), and overall strength.

From our data, after high ankle injuries, with or without surgery, the first game back is generally down about 8 to 12 percent in overall offensive productivity. However, given that he has had over 11 weeks to heal – much longer than others who have returned to play – the decrease in productivity numbers may be even less.

The star Ohio State QB was hit in his right flank, lower rib cage and upper pelvic area during the Clemson game on Jan. 1. By our video analysis, he took a direct helmet hit to the right external obliques and lower part of the rib cage with the crown of the helmet, as well as the facemask to the upper part of the pelvis. 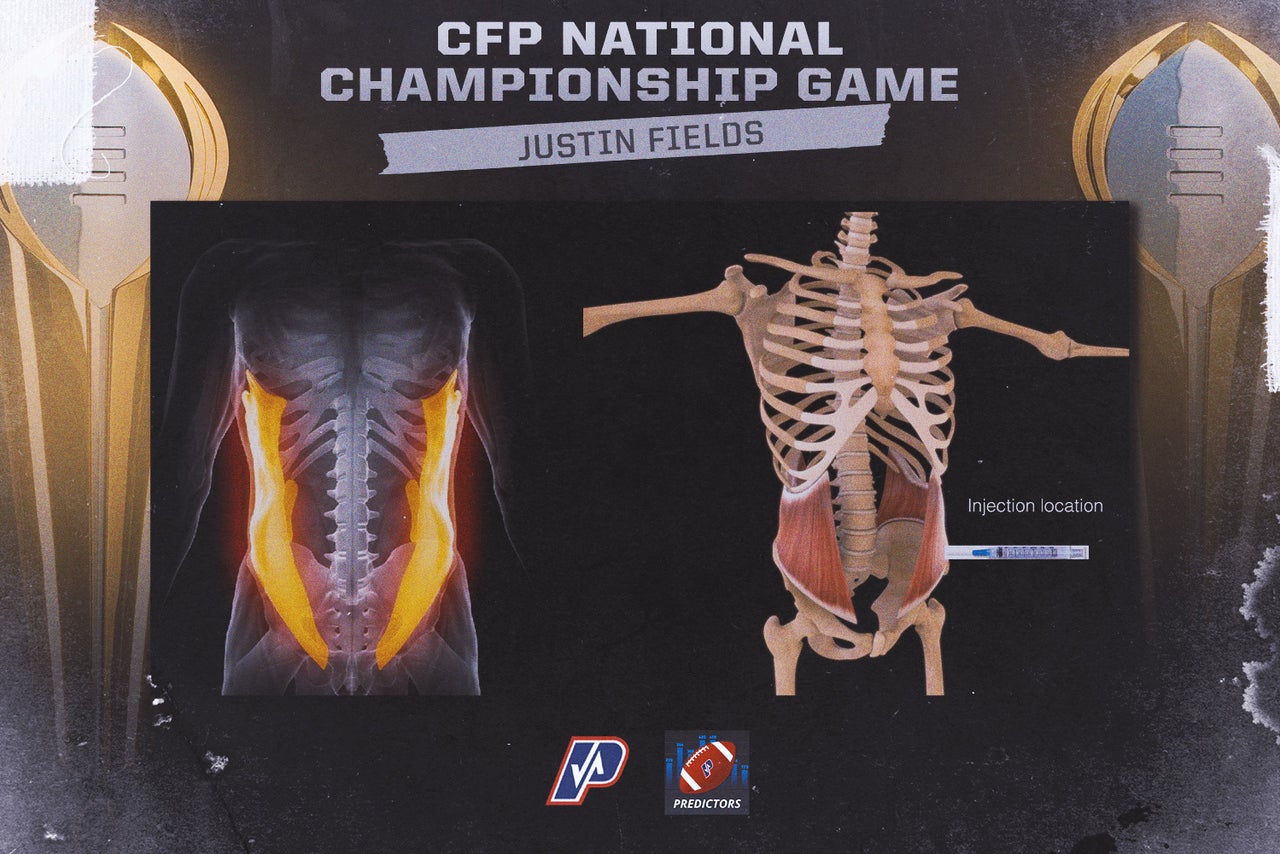 There are several structures here, anatomically, that could be injured with this direct blow, and the team is being quite tight-lipped about the exact injury at this time.

However, my best estimate is that he has injured his external oblique (bruise to the muscle, or partial tearing off the pelvis, or pelvic bone bruise). This is also known as a "hip pointer" – a bone bruise to the iliac crest which is the top of the pelvis and where the oblique muscles attach.

He could also have some very low rib partial fractures or rib cage cartilage/muscle bruising of the lowest ribs – specifically ribs 10, 11 and 12. This area also protects the kidney and has been termed a "kidney punch" by those in the boxing world to represent a bruise to the structures in this area.

The importance of the core in this instance cannot be overestimated. The core – including the obliques, lower ribs and upper pelvic bone – are all extremely important to generating strength, power and speed of throw. especially in a throwing QB.

This injury can be very painful, and I think that we saw this on subsequent plays in which Fields was clearly having issues with his right upper pelvis/external oblique area.

The good news is that these injuries, especially a hip pointer, can be safely and very effectively treated with focal injections pre-game that improves the core pain and limitations dramatically.

However, ten days is a short healing time when looking at return to play for core oblique injuries, hip pointers and lower rib issues. Thus, there will likely be some level of offensive performance decline – particularly long passes (ability to twist the core and contract the oblique muscles), accurate "bullet" passes, and effectiveness at the end of the game (as fatigue accumulates and pain resumes).