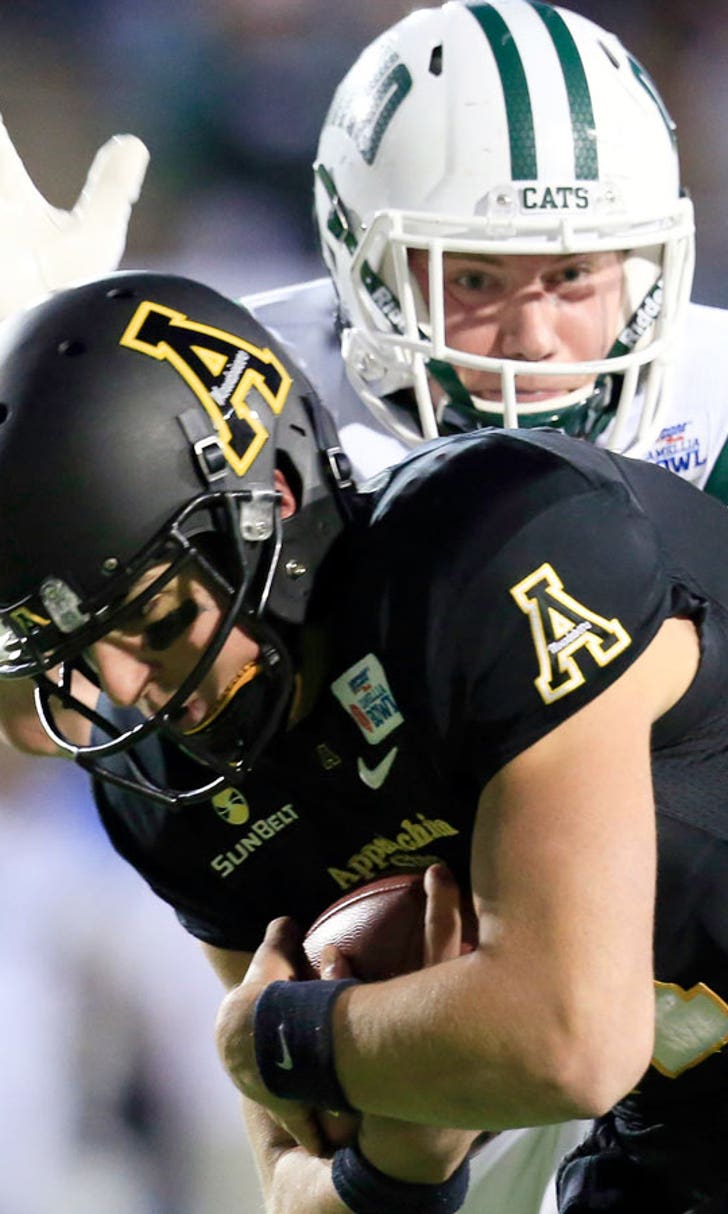 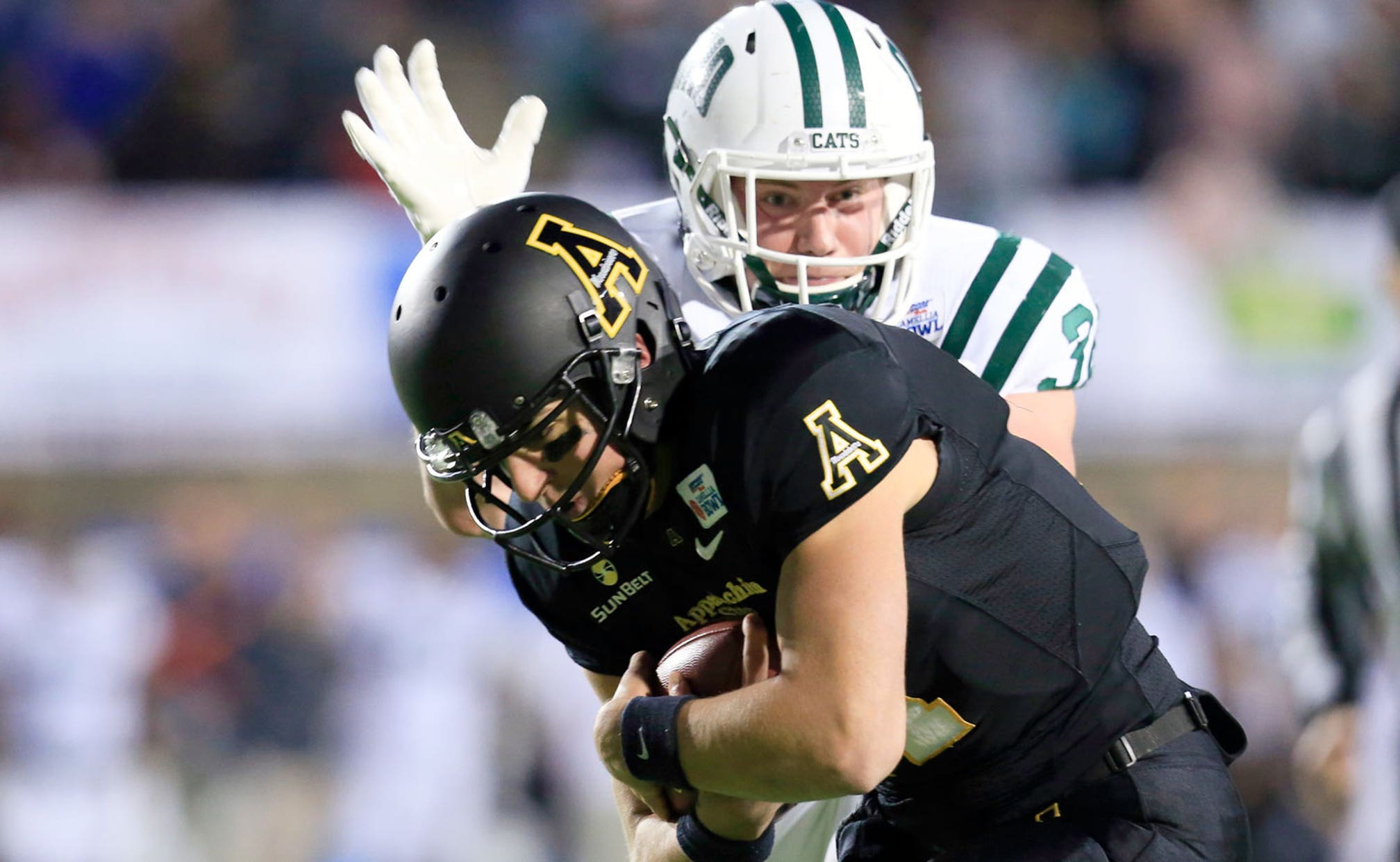 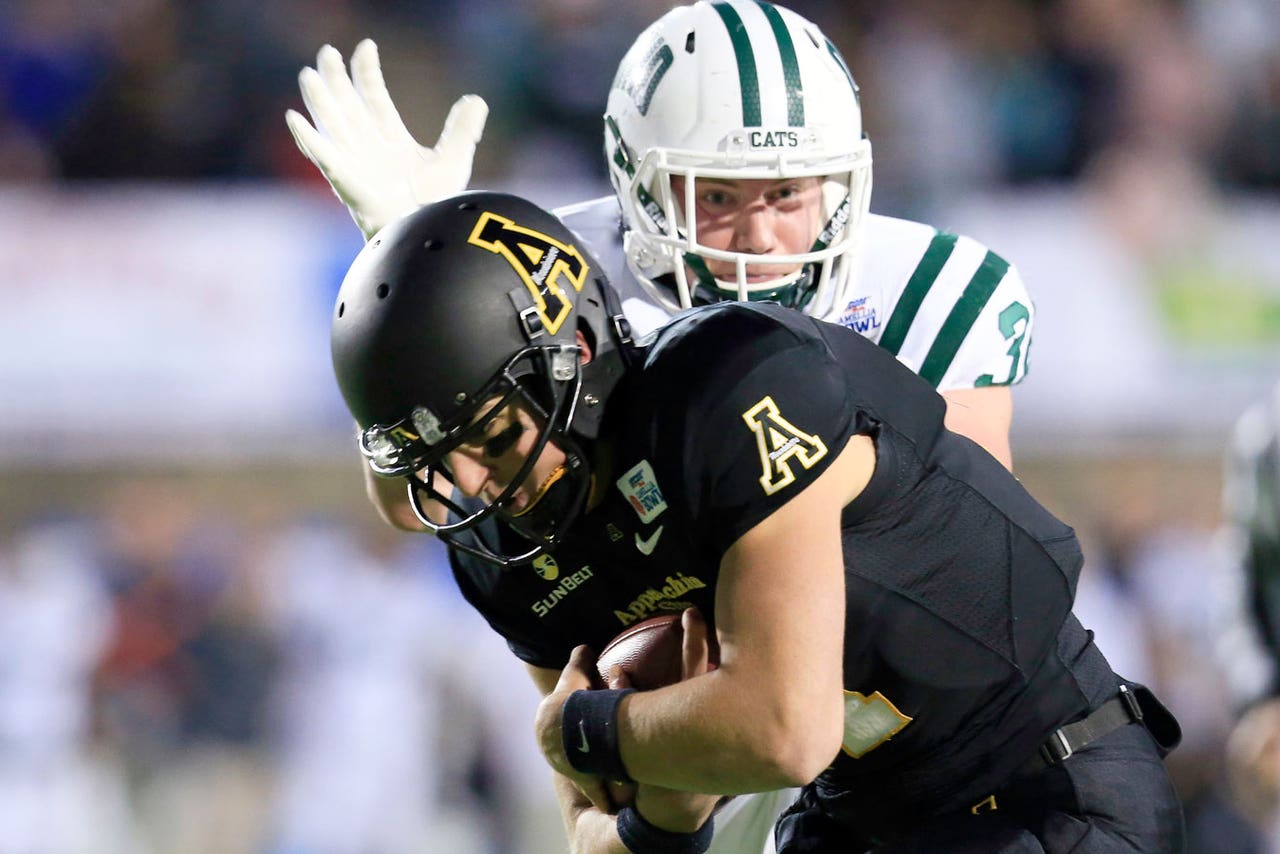 MONTGOMERY, Ala. -- Zach Matics capped a wild Camellia Bowl with a 23-yard field goal on the final play to lift Appalachian State to a 31-29 victory over Ohio on Saturday night.

The Mountaineers (11-2) moved from their own 21 in the final 1:42 after rallying from a 24-7 deficit in the fourth quarter only to lose the lead again. It was their first bowl game since moving up to FBS.

Quarterback Taylor Lamb had a 32-yard scramble then handed off to backup tailback Jalin Moore several times. Moore had a tackle-breaking 15-yarder and a 6-yarder to set up the kick by Matics, who missed two earlier attempts.

A safety and Josiah Yazdani's 21-yard field goal had given Ohio (8-5) the lead in a game where the Bobcats scored two defensive touchdowns after a sluggish start.

MVP Marcus Cox gained 162 yards on 24 carries for Appalachian State, which set a Sun Belt Conference record for wins in just its second season in FBS.

The Bobcats' final drive was finished by third-team quarterback Greg Windham after an injury to J.D. Sprague, who had taken over for an injured Derrius Vick late in the season.

Windham came in on a third down and was spun to the ground short on a run. On fourth and 1, he dropped the ball and scooped it up before hitting Kawmae Sawyer, who scampered down the right sideline for a 33-yard gain before getting knocked out of bounds to set up the go-ahead field goal.

The celebration was short-lived.

Appalachian State had started its own fourth-quarter comeback with a 97-yard drive and two touchdowns in a 42-second span before taking the lead. Lamb hit tight end Barrett Burns for a 17-yard touchdown pass, and they hooked up on an 8-yarder a couple of minutes later for a 28-24 lead with 11:56 left.

That gave Lamb a school single-season record of 31 touchdown passes.

In between, Cox scampered 26 yards down the left sideline one play after Latrell Gibbs' interception.

Mondo Williams then made a diving interception of another Sprague pass and Cox streaked through the middle for a 35-yard gain to set up Burns' second score.

Dominated most of the first half, Ohio scored 17 points over the final 1:31. Linebacker Quentin Poling returned an interception 20 yards for a touchdown 8 seconds after a 36-yard field goal by Yazdani.

The Mountaineers had raced to a huge edge on the stat sheet, but not the scoreboard. They outgained Ohio 188-33 deep into the second quarter but led just 7-0 thanks to those two missed field goals and a failed fourth-down attempt.

Applachian State players jogged to the locker room while a number of the Bobcats danced and pumped their fists.