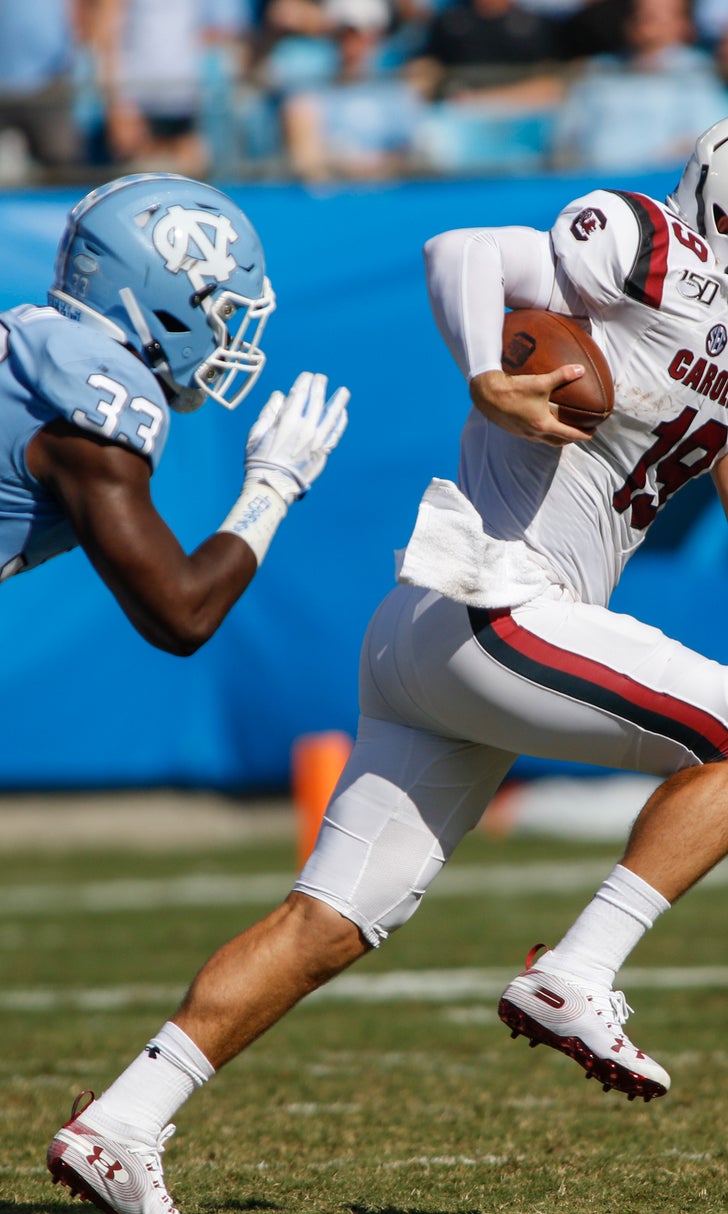 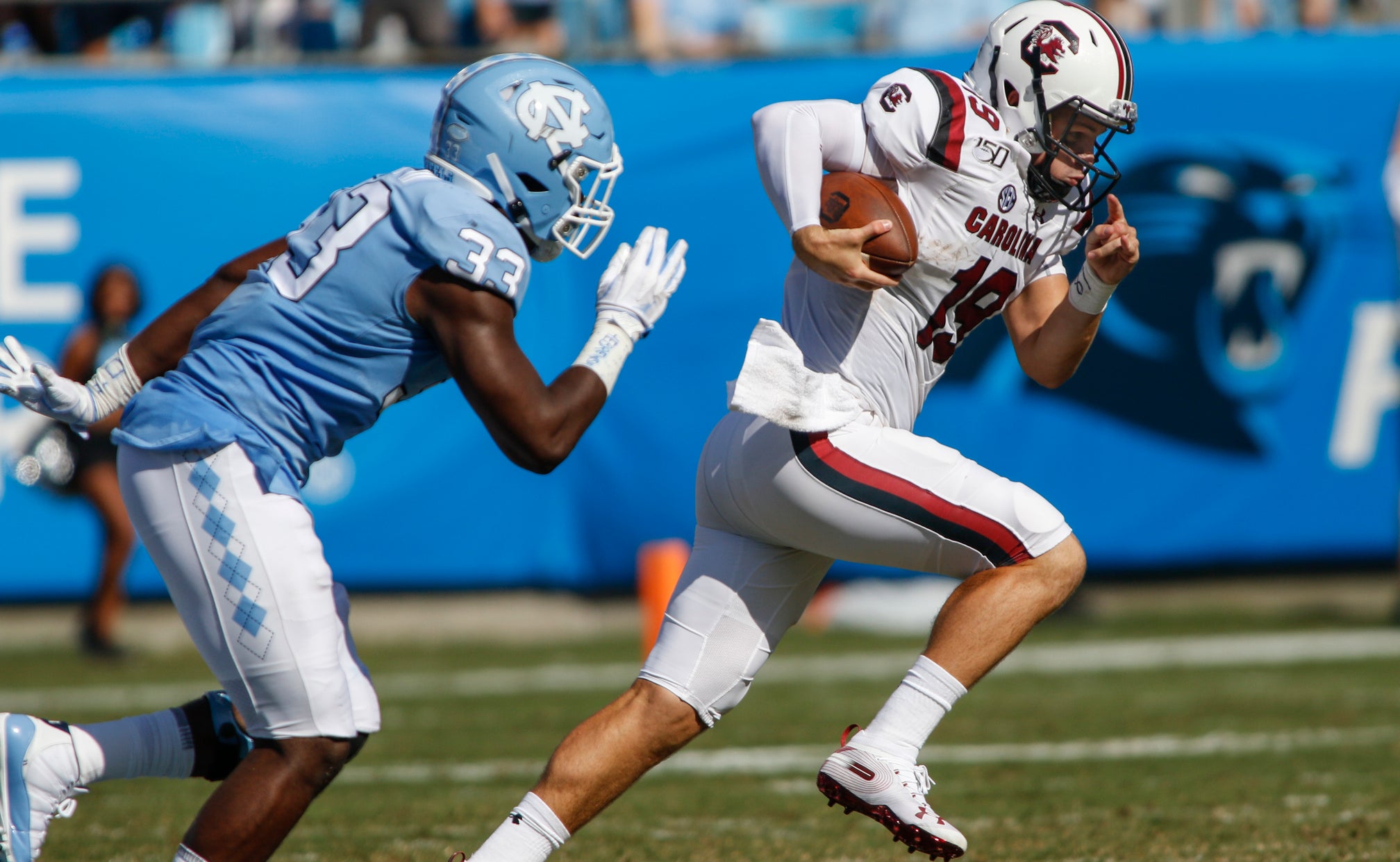 COLUMBIA, S.C. (AP) — South Carolina starting quarterback Jake Bentley will be out indefinitely with a broken foot, a person close to football program told The Associated Press on Monday.

The person spoke on condition of anonymity because neither the team, nor head coach Will Muschamp, has publicly discussed Bentley's injury.

It is not immediately known how or when Bentley got injured.

Bentley played throughout South Carolina's 24-20 loss to North Carolina on Saturday in the opener for both teams.

And while Bentley struggled with his accuracy, Muschamp said Sunday the offensive struggles — the Gamecocks led 20-9 in the third quarter — weren't all Bentley's responsibility.

"I know everybody wants to blame one guy for it, but that's not the case," the coach said. "He needs to play better at that position, but we need to play better around him and we didn't do that."

With Bentley out, the Gamecocks are expected to turn to backup passer Ryan Hilinski to face Charleston Southern at home Saturday.

Hilinski is a 6-foot-3, 230-pound freshman from Orange, California. He is the younger brother of Tyler Hilinski, the former Washington State quarterback who committed suicide last year.

"Ryan is extremely bright, extremely intelligent," Muschamp said. "He works hard at it, as far as the film work and different things are concerned."

Bentley, at 6-4 and 220 pounds, has started 33 games in his career since taking over the starting job as a freshman midway through 2016. He threw for 2,794 yards and 18 touchdowns as the Gamecocks went 9-4 during Bentley's sophomore year.

Bentley passed for 3,171 yards and 27 TDs last year. That included a career night against national champion Clemson, when Bentley threw for 510 yards and five touchdowns in a 56-35 loss to the rival Tigers.

He considered entering the NFL draft before choosing to return for his senior season. But that got off to a rough start against the Tar Heels.

Bentley completed 16 of 30 passes for 142 yards with a touchdown and two interceptions against North Carolina. Both picks came in the final three minutes after the Tar Heels had taken the lead.

Jaret with the Jets
Buffalo's Jaret Patterson smashed records last Saturday. His reward? An easy selection as Reggie's Playmaker of the Week.
3 hours ago