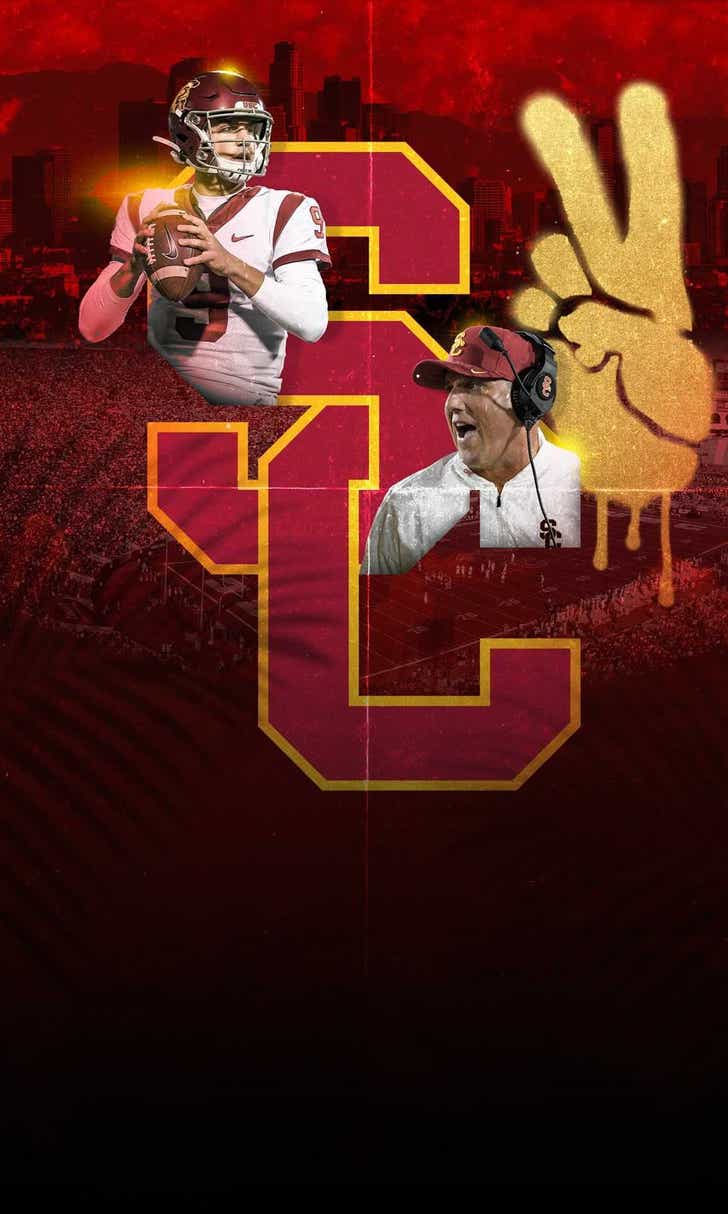 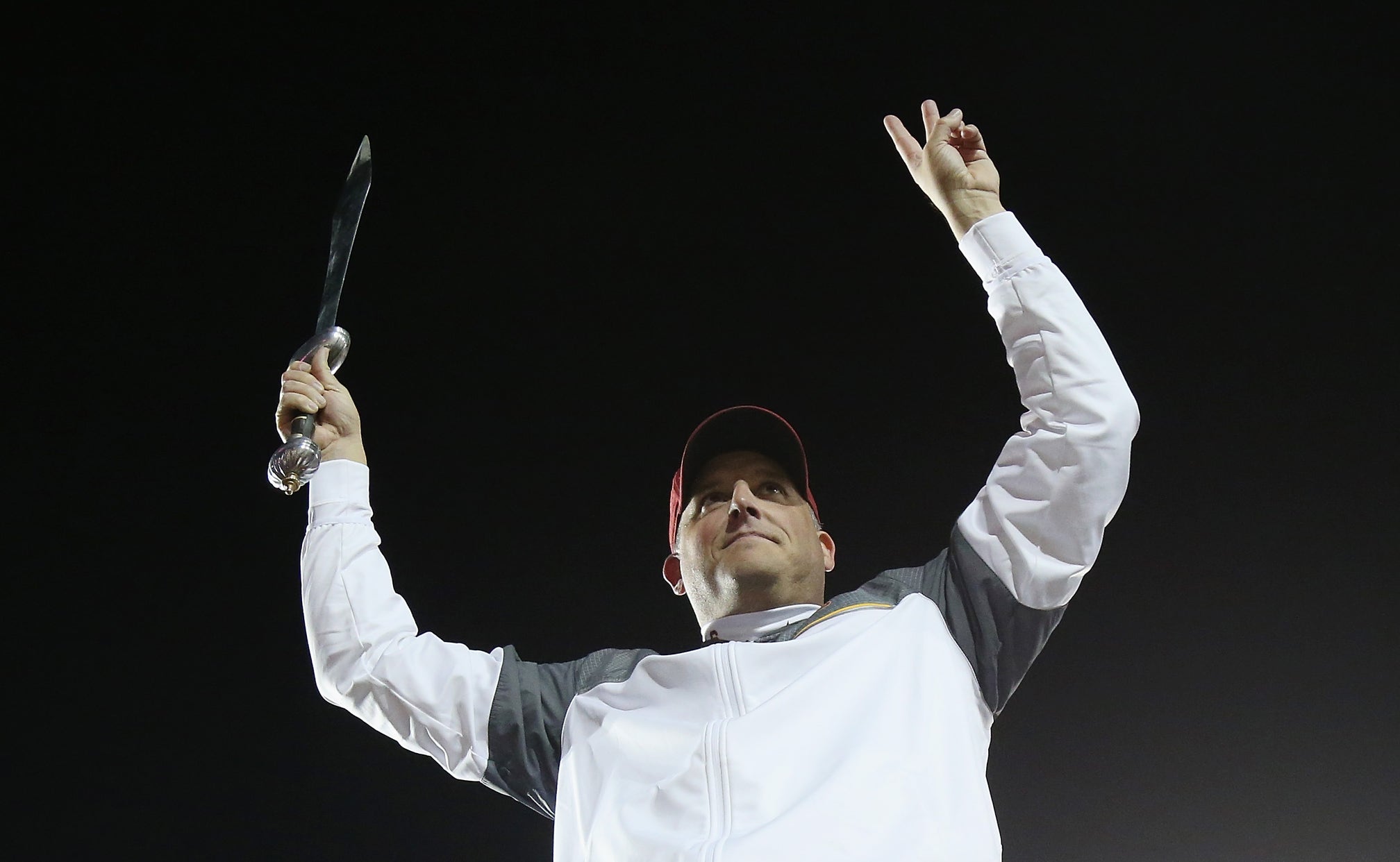 As USC prepares to travel to Tucson, Ariz., to play the Arizona Wildcats this Saturday, one of the last two Trojans to win the Heisman Trophy has no misconceptions about whether his alma mater can compete for a national title in 2020.

“Can they get into the (College Football) Playoff?” Matt Leinart asked, after listing a bunch of hopeful signs for USC. “That’s a whole different story. The unevenness of this season with scheduling and just where we’re at as a country in football is just different.”

Following a miracle victory over their biggest challenger in the Pac-12 South, the Trojans have a favorable schedule in this abbreviated season, and Leinart expects they likely will be favored in every game until a possible Pac-12 title tilt. 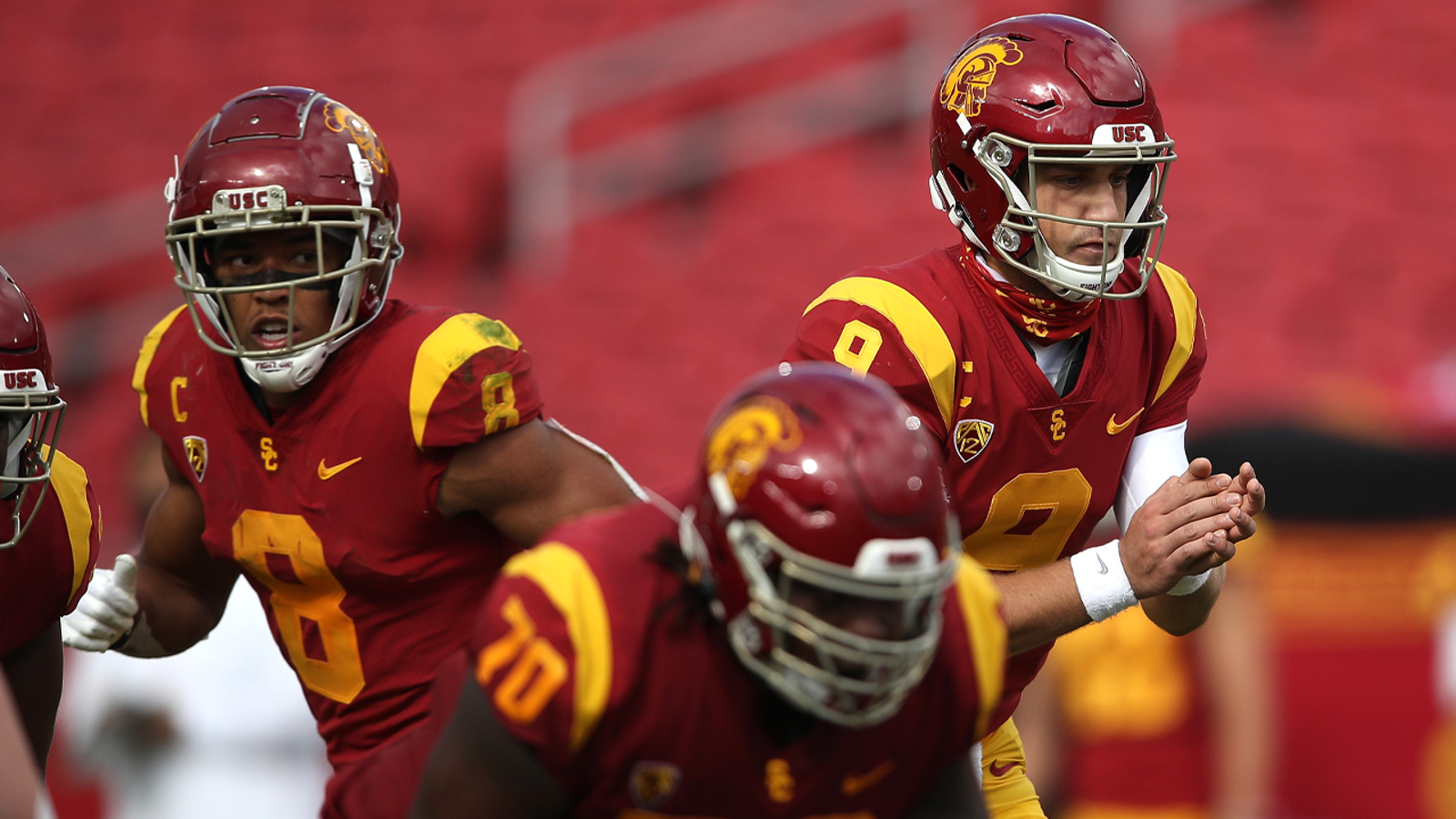 In the video above, RJ Young explains why this season is so pivotal for Clay Helton and how Kedon Slovis might be able to lead USC into contention for the College Football Playoff.

But going undefeated — and then getting the nod from the selection committee with just a 7-0 record— won't be an easy road.

If anyone knows persisting on a difficult road, however, it's USC coach Clay Helton. Not many college football coaches have reached the peaks he has climbed, nor trudged through the valley of the shadow of (coaching) death and survived it at the same program.

Yet that’s what Helton has done since assuming control of one of the most storied and well-branded programs in history at midseason in 2015. He has outlasted a school president, the athletic director who hired him and a 5-7 record two years after finishing the season as the No. 3-ranked team in the final AP poll.

And he has shown he can win even when winning looks impossible.

Helton's men of Troy trailed Arizona State 27-14 with 3:05 left at the Coliseum last Saturday. Their probability of winning that game stood at a miniscule 0.2 percent. Herm Edwards’ Sun Devils looked almost assured of beating the No. 20 team in the country.

Then the Helton Factor reared and razed ASU like Hector in the midst of his aristeia.

“It’s a win that I think will build a lot of confidence for our team,” Helton said. “When you have special seasons, you’re always gonna have one of those games that you’re going to have to pull out and have to dig deep and show your mental toughness, and that’s what I thought our kids did.

"I did not see any panic. I saw immense poise on the sidelines from our staff and players and just looking for the next opportunity.”

Helton walked into the locker room not only with a win, but a win against what is the toughest opponent on the Trojans’ abbreviated schedule.

If USC can win the division and beat the Pac-12 North champ for the 2020 league title, a conversation about including the Trojans in the Playoff would reach a fever pitch.

“I would say a 7-0 USC Pac-12 champ certainly deserves a seat at the table of that conversation for the Playoff,” said Leinart, who won the Heisman in 2004 and quarterbacked USC to national titles in '03 and '04. “Now do they get in? The cards are stacked against them.”

Helton has only won one conference title and has finished atop the South Division just twice. In fact, the Trojans have raised just one title banner in the last nine seasons.

There certainly won't be a case for holding up USC’s regular-season strength of schedule. Neither the Trojans’ game against ASU, nor their remaining contests feature a team in the current Top 25. Winning a handful of games in a row couldn’t hurt, though.

“Clay Helton has won a lot of games at USC,” said Leinart, a college football analyst for FOX Sports. “He’s a good football coach. I think the problem, and, obviously speaking for the fan base and what I see, is that they want to win titles. They want to win conference championships consistently, and with the resources, the facilities, the recruiting area, there’s not really a reason why they shouldn’t.”

However, if the 11th-ranked Oregon Ducks become roadkill during an improbable Trojan march toward an undefeated season, the Greek chorus would only get louder for a conference that hasn't had a playoff entry since Washington in 2016. And, after all, the Pac-12 is still a Power 5 Conference.

Powerful in money. Powerful in prestige. Powerful in television footprint. Powerful in NFL talent. Those are powers unbeaten BYU, Cincinnati and — Lord, bless ‘em — Coastal Carolina simply do not boast.

This would be a perfect year for Helton to deliver on the promise he has shown as a coach since delivering the first back-to-back 10-win seasons in Los Angeles since Pete Carroll stalked the sidelines. Nothing would make USC athletic director Mike Bohn look smarter than holding onto Helton after two down seasons than running the table in a year when COVID-19 is running everything else.

It’s bad enough that Helton held a commitment from Bryce Young — the No. 2 player in the 2020 class and No. 1 player in the state — until Nick Saban swooped in three months before the early-signing period began and stole him right out of noted USC pipeline and powerhouse high school Santa Ana Mater Dei.

“They’ve really struggled in recruiting as of late,” Leinart said, “although the recruiting has picked up here in the last year. They’ve made some new hires on that staff and more recruiting (staff members) on their team, which I think will help them in the future. But I think this is a big year for coach Helton, and he knows that.”

Even with USC’s recruiting taking a nosedive last year, Helton was able to flip losing offensive coordinator Kliff Kingsbury into hiring the next rising star in the Air Raid. New OC Graham Harrell proved his worth with three quarterbacks in 2019, settling on the one many thought was third-best in Slovis, and still managing to beat No. 10 Utah with the quarterback who was actually third on the depth chart in Matt Fink.

When the defense got spanked by Iowa 49-24 in the Holiday Bowl, defensive coordinator Clancy Pendergast got his pink slip and in slipped Todd Orlando.

Now, the Trojans have an eye on a conference title and perhaps a trip down the road to Pasadena. However, with the Playoff rotating to the Sugar and Rose Bowls this season, the selection committee would almost certainly send USC to New Orleans.

By that time, though, we’ll know what to make of Helton and whether his unlikely road will finally put him on solid footing in Los Angeles.

RJ Young is a Fox Sports contributor. His work has appeared in The New York Times, Grantland and OUInsider. You can find more of his work on The RJ Young Show podcast on YouTube. He doesn't like it when his socks get wet.