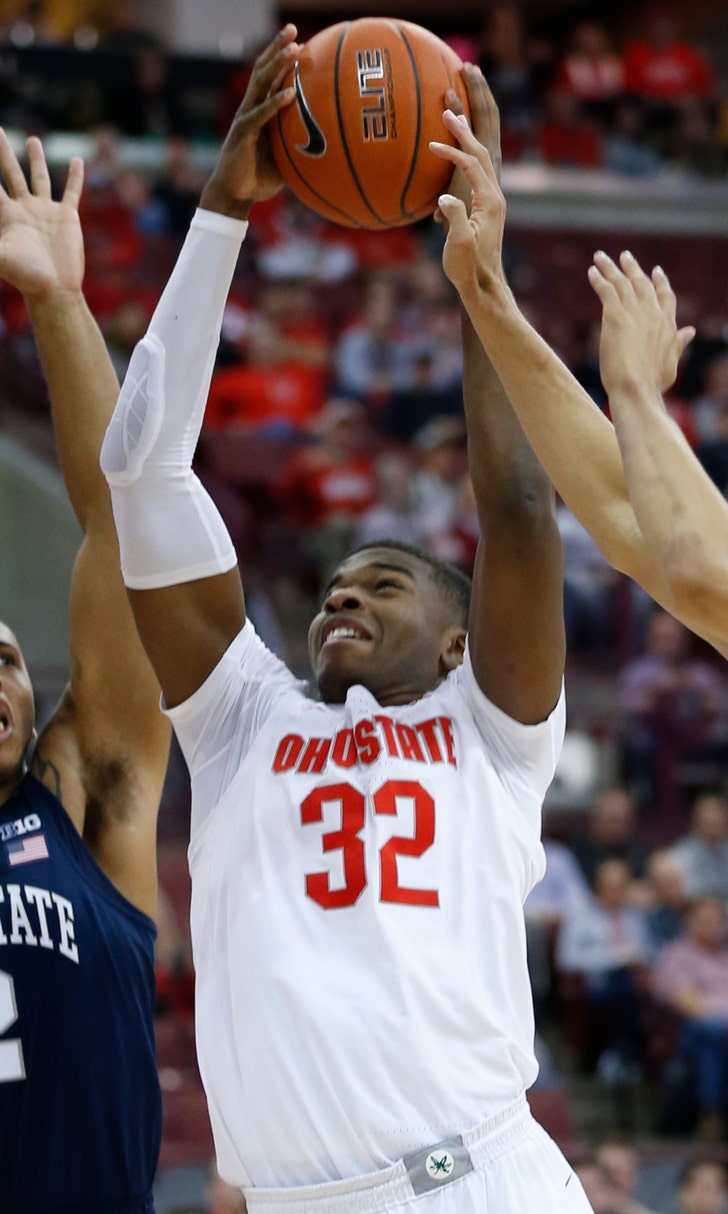 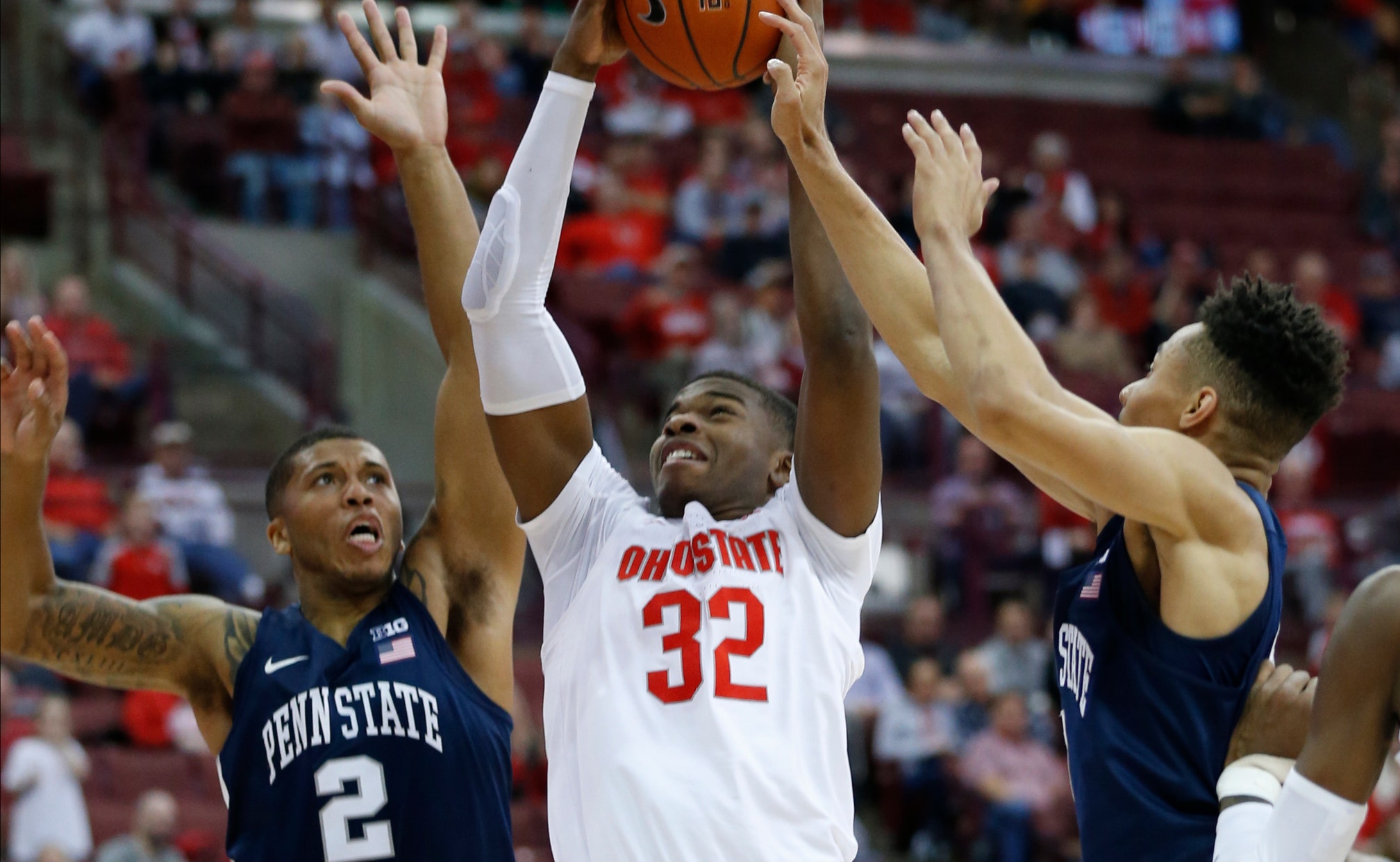 COLUMBUS, Ohio (AP) — Penn State pulled within eight points of Ohio State just 8 minutes into the second half, and it looked like the game was on.

The Buckeyes had other plans.

Kaleb Wesson scored 28 points and had 10 rebounds for his ninth career double-double, and No. 6 Ohio State scored 43 points in the game’s final 12 minutes to rout Penn State 106-74 on Saturday.

The Buckeyes scored 100 points against a Big Ten rival for the first time since 1991.

“I hit some shots today,” Wesson said. “My teammates found me in the right spots, which makes for easy basketball.”

“What makes Kaleb different and special, I believe, is his ability to play out on the perimeter, to play through him some as a passer in the high post or outside the 3, to pick and pop with him,” Ohio State coach Chris Holtmann said. “That’s his strength. That’s who he is a player. He is unique in that sense.”

Izaiah Brockington scored 19 points and Seth Lundy added 10 for the Nittany Lions (7-2, 0-1), who lost for the second time in four games and gave up 100 points for the first time since 2017. Penn State managed just 25 rebounds, far below its average of 44.

Senior Lamar Stevens, Penn State’s leading scorer averaging 17.9 points, managed just 11 against the Buckeyes and fouled out after getting a technical with 13:26 left in the second half.

Ohio State started the first half 1 for 6 from beyond the arc, but started draining 3-pointers in the second half, hitting 14 of 26 for 53.8 percent for the game. The Buckeyes were led by Washington, who hit four straight. Kaleb Wesson shot 4 for 6 from long range, including three straight in the second half. Ohio State now has back-to-back games with 10 or more 3-pointers.

“I thought in the second half we were playing much better, obviously until Lamar picked up his fifth foul,” Penn State coach Patrick Chamber said. “Even so there were a couple of minutes where we competed and we did some good things.

“Wesson was terrific today. He was making 1.5 (3 pointers) per game. We wanted to see if he could make 1 or 2 before we had to adjust. Obviously, he was feeling pretty good out there.”

Ohio State: Solidified its standing as a Top 10 team, dominating every facet of the game and dispatching Penn State with ease.

If enough voters saw Saturday's game, Ohio State could move up a slot or two.

The Nittany Lions have opened Big Ten play on the road for seven of the past nine seasons.

Ohio State leads the NCAA in biggest scoring margin over its opponents. In nine games, the Buckeyes have outscored their opponents by an average of 26.3 points.