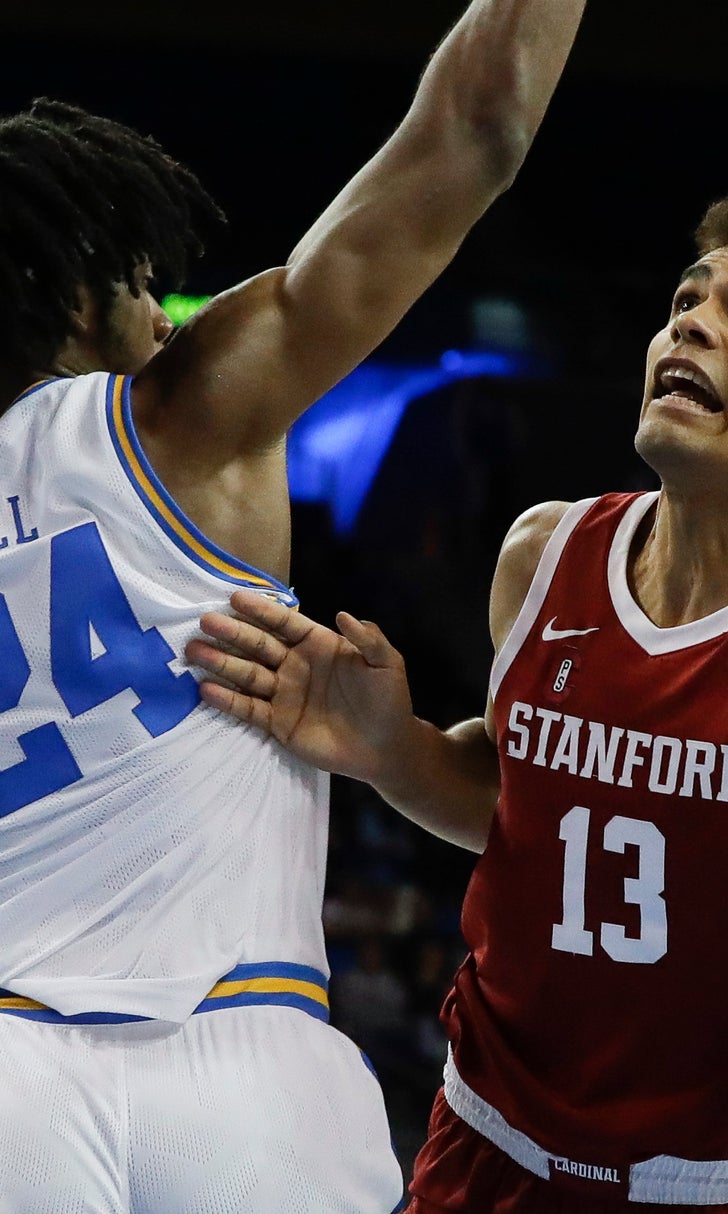 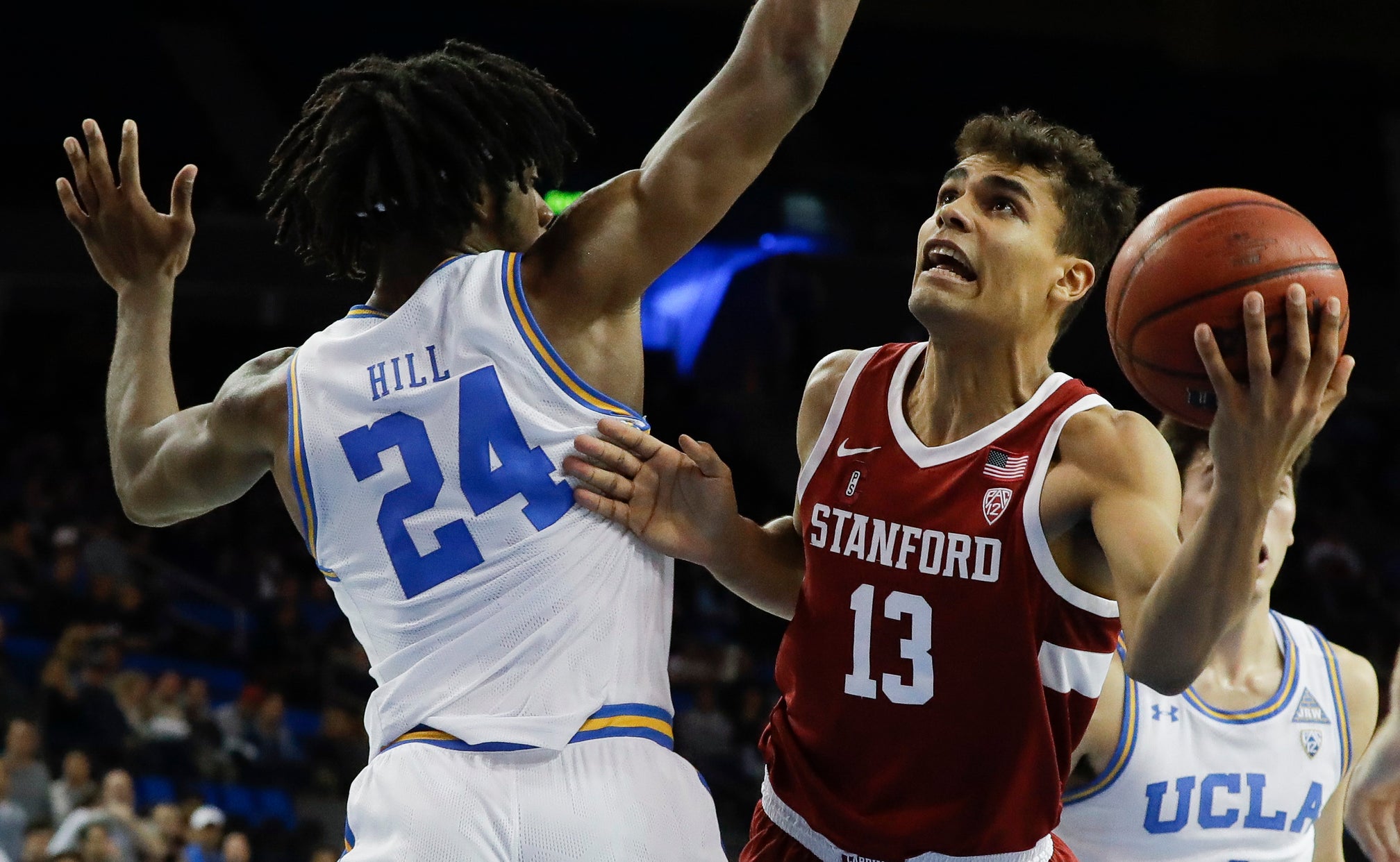 Then the Stanford freshman went out and made his own memories with a career-high 24 points, helping Pac-12-leading Stanford to a 74-59 victory over UCLA on Wednesday night for the Cardinal's first win on the Bruins' floor since 2004-05.

“This is a very tough place to play,” Terry said, citing former UCLA stars Westbrook and Ball. “We just kept fighting. We really came out in the second half and just fought.”

Fellow freshman Spencer Jones added 14 points for Stanford, which was playing its first Pac-12 road game of the season. Oscar da Silva was held to six points with four fouls. He came in averaging a team-high 16.5.

Jaime Jaquez Jr. scored 15 points and Jalen Hill added 14 with 12 rebounds for the Bruins (8-9, 1-3), who are mired in their second three-game skid of the season. They had won 13 straight home games against the Cardinal dating to 2005-06.

“These losses are getting tiring,” Jaquez Jr. said. “That's been the trend for the last three games, coming out strong and then in the second half not being there mentally.”

UCLA closed within one early in the second half on a layup by Jaquez. But the Bruins got no closer.

“It's tough right now,” Hill said. “We just got to dig down deep inside and find something.”

Stanford launched a 12-2 run, including seven in a row, to go up 50-39. Hill's offensive foul gave the ball back to the Cardinal and UCLA coach Mick Cronin was left shaking his head and smiling.

Cronin was about 20 minutes late to his post-game news conference, saying, “I was highly upset in the locker room.”

He proceeded to rip his team to reporters without ever raising his voice.

“As the game goes on our softness shows up. Our selfishness at times is evident on the offensive end," Cronin said. “We have guys that just refuse to listen and follow orders, so they don't get to play. I had to keep playing certain guys that I don't think deserve to play.”

In an effort to inspire his players, Cronin was called for a technical late in the game that led to two free throws by Terry. The Cardinal freshman scored 13 straight points, including a 3-pointer that beat the shot clock and extended Stanford's lead to 71-52.

“It's not like I want to get a technical foul, but the problem with me is I'm a fighter, I'm a competitor,” Cronin said. “Try to show your guys you got to compete.”

The Cardinal raced to an 18-9 lead to open the game, making 7 of 10 field goals while the Bruins missed seven of their first 10.

But UCLA turned things around quickly, putting together runs of 9-0 and 11-0 to take its first lead, 29-22. The Bruins made six consecutive field goals during one stretch of the 20-4 spurt in which seven different players scored. David Singleton had five points and finshed with 11 in his first start of the season.

Stanford regrouped and outscored UCLA 11-2 to end the half leading 33-31.

Stanford: The Cardinal is getting strong production from its youngsters as it enjoys its best start in 16 years. The team was picked to finish 10th in the league. “They're clearly a better basketball team than we are,” Cronin told reporters, “which should prove to you guys that recruiting and rankings are about as important as what's in your garbage can.”

UCLA's Chris Smith took a major step backward after three solid games. He had six points, six rebounds and four turnovers in nearly 25 minutes. The junior guard was coming off double-doubles in two of his previous three games, including 16 points and 10 rebounds in a loss to USC. Cronin said he was disappointed in Smith's effort rather than his numbers against the Cardinal.

Stanford: Visits Southern California on Saturday in the midst of a three-game road trip.

UCLA: Hosts California on Sunday to close their only three-game homestand of league play.

College Basketball's Top Plays: Thanksgiving
From a showdown between No. 1 Gonzaga and No. 6 Kansas to a litany of high-flying slams, here are Thursday's best moments.
14 hours ago

No. 1 Gonzaga Sets The Tone Vs. Kansas
The Zags' three-headed monster was more than the Jayhawks could handle in a Top 10 matchup that featured all the scoring.
21 hours ago