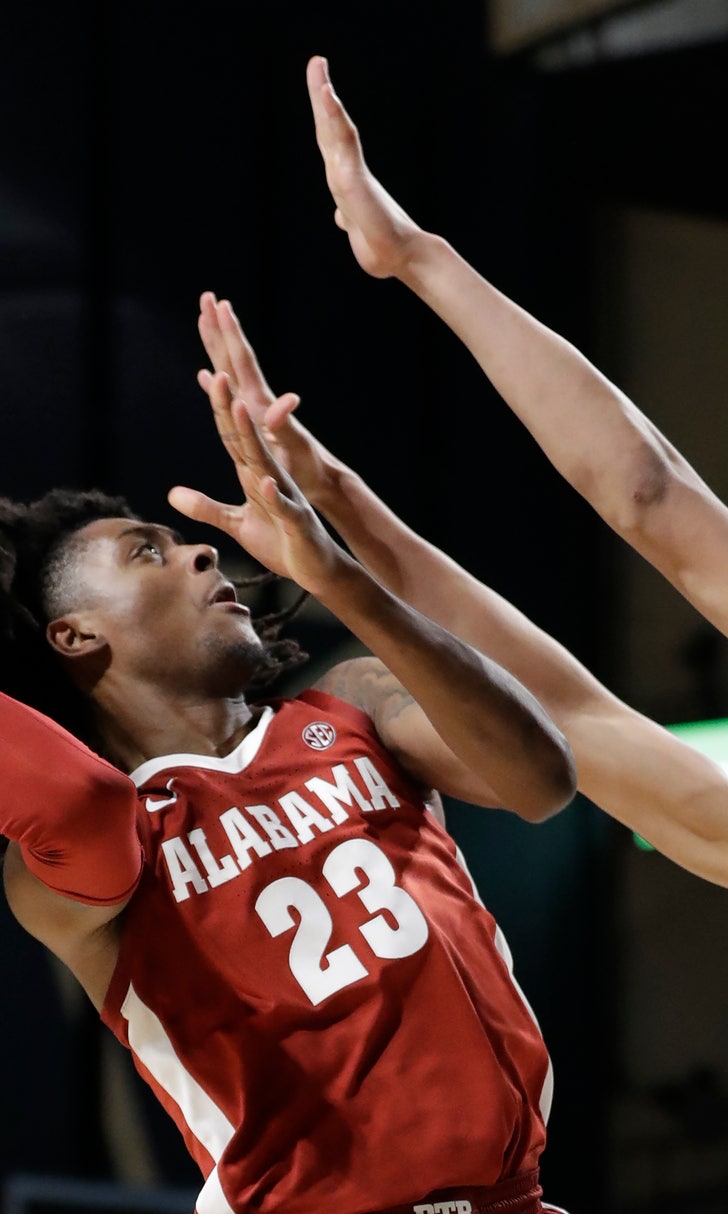 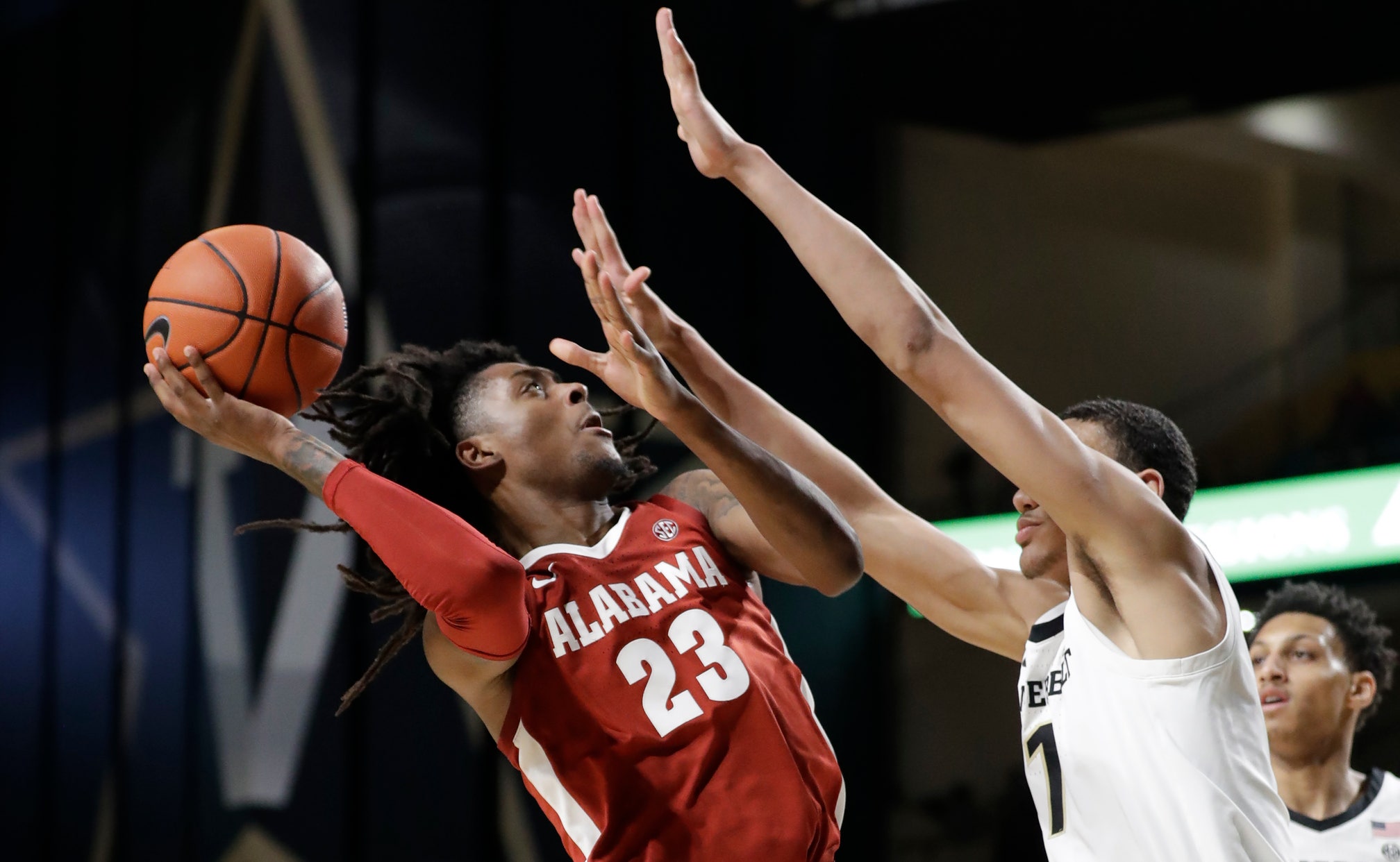 Wednesday was one of those nights as the junior guard scored 23 points, including five 3-pointers, and grabbed 10 rebounds to lead the Crimson Tide to a 77-62 win at Vanderbilt.

“He just catches fire sometimes,” Alabama coach Nate Oats said. “I mean, he might be the best shooter I’ve ever coached in my life. Once he gets going and gets in rhythm, shoot, that thing looks like it’s going in every time he releases it.”

“They’ve got some pretty good rims in here,” Petty said. “We got a lot of shots up and my shot’s been feeling good since the first day we got here, so I kind of figured it was going to be one of those nights.”

Jaden Shackelford scored 15 points and Herbert Jones had 10. The Crimson Tide (11-7, 4-2 Southeastern Conference) improved to 2-4 on the road with its ninth win in 12 games.

“I thought our guys competed,” Vandy coach Jerry Stackhouse said. “Obviously, we didn’t get off to the best start. Tonight, they came out making some 3s on us early.”

The Commodores lost their sixth straight, shooting just 31% from the floor.

Vanderbilt freshman Dylan Disu set a career high with 21 points and Saben Lee had 19 points, including a 11 of 12 showing from the foul line.

“The coaches, the staff and the players have been encouraging me to continue shooting,” Disu said. “I had a rough game last game. They trust me, so I decided to keep shooting.”

Alabama made 10 shots from 3-point range and outrebounded Vanderbilt 51-32.

Scotty Pippen Jr., who scored 10 points, hit a 3-pointer from the left wing with 5:34 left in the first half, ending a streak of 37 straight misses from beyond the arc for Vanderbilt. That brought a cheer from the crowd. The Commodores’ streak of 1,080 consecutive games with at least one 3-pointer ended in Saturday’s loss to Tennessee.

Vanderbilt, UNLV and Princeton were the only schools to make at least one 3 in every game since the inception of the shot in 1986.

On Wednesday, the Commodores missed 21 of 26 shots from 3-point range.

Alabama shot 50% from the floor during the first 20 minutes to take a 37-31 halftime lead.

Tide forward Javian Davis was helped off the court, favoring his right knee with 4:52 left.

“Javian, he’s got a knee injury,” Oats said. “He’s getting an MRI in the morning. I don’t even know what it is, to be honest with you. It didn’t look good coming off. He got hurt there in the offensive end.”

“It’s a major concern because we had this problem early in the year and it cost us a lot of games back when our defense wasn’t nearly as good,” Oats said. “Now our defense has gotten much better, so we’re able to weather the turnovers a little bit more because we can get stops in the half court, but if we turn the ball over like this we’re not going to be able to beat any good teams. We’ve got to get this thing figured out quickly.“

Alabama: The Crimson Tide led most of the way to earn a badly needed road win.

Vanderbilt: The Commodores ended their 3-point drought, but the SEC skid is almost the worst in league history.

Alabama hosts Kansas State (8-10) on Saturday. Kansas State’s loss to rival Kansas was marred by a bench-clearing brawl in the final seconds Tuesday.

Is OSU's Season in Jeopardy?
A COVID-19 outbreak in Columbus could spell trouble for the Buckeyes' season. The Big Noon Kickoff crew breaks it down.
12 hours ago

Tough To Go Against The Tide
Top-ranked Alabama has looked unstoppable. Can rival Auburn find any way to stop the Tide in Saturday's Iron Bowl?
2 days ago
those were the latest stories
Want to see more?
View All Stories
Fox Sports™ and © 2020 Fox Media LLC and Fox Sports Interactive Media, LLC. All rights reserved. Use of this website (including any and all parts and components) constitutes your acceptance of these Terms of Use and Updated Privacy Policy. Advertising Choices. Do Not Sell my Personal Info