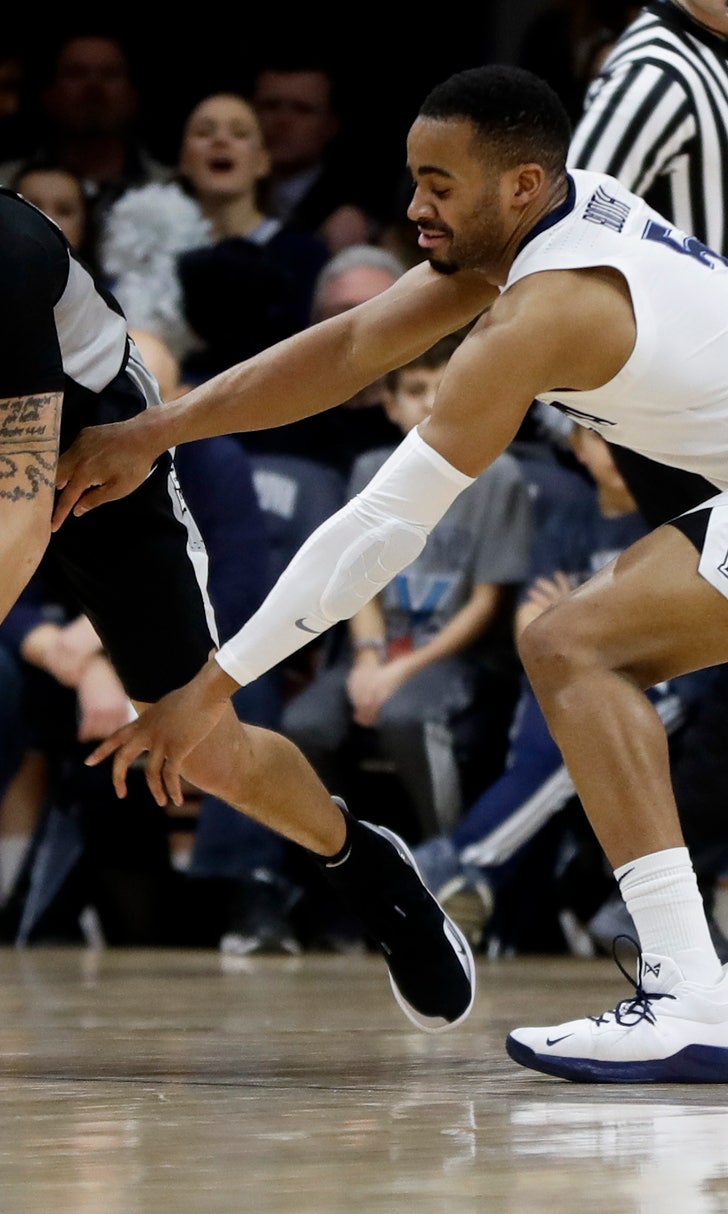 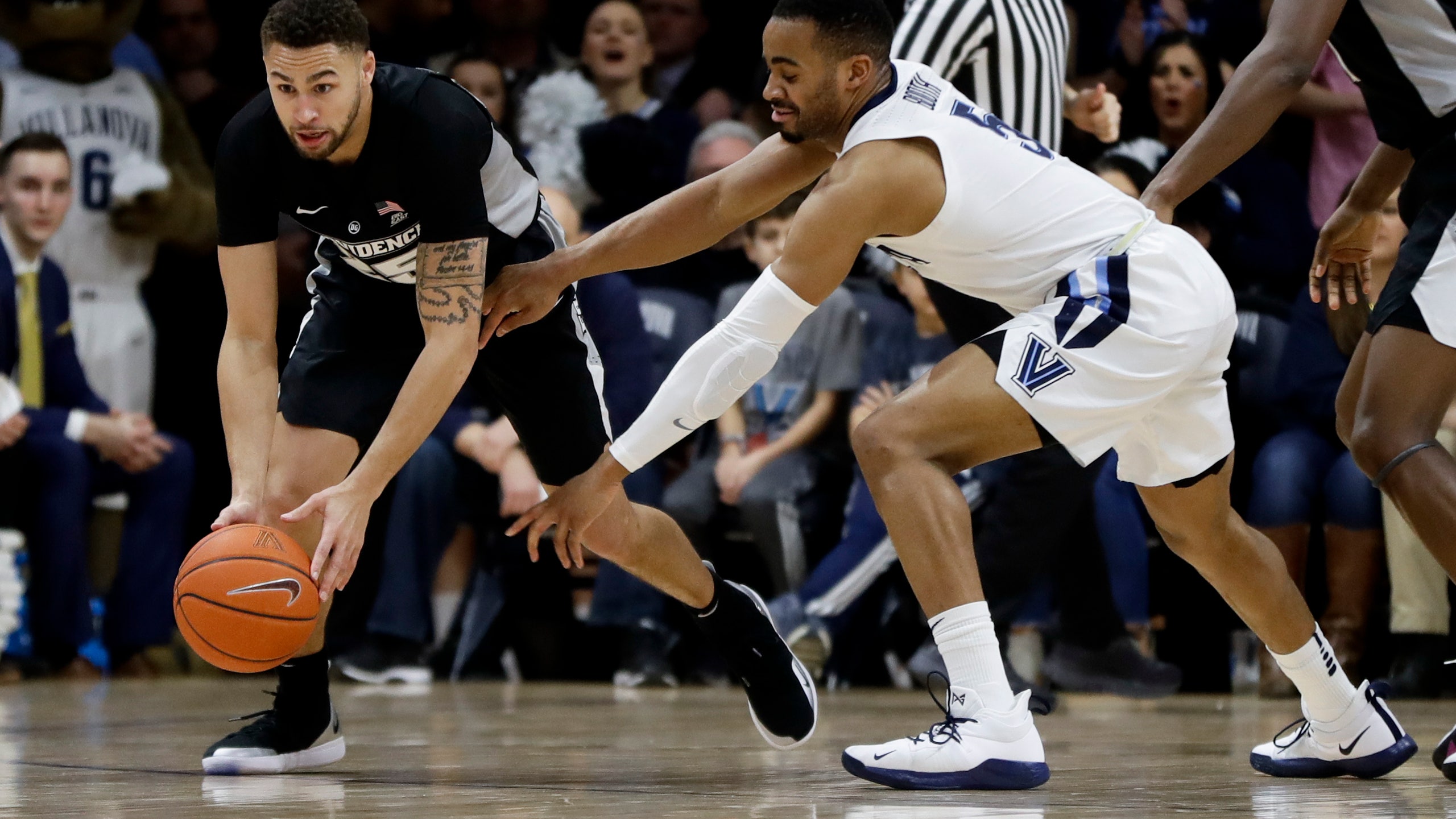 VILLANOVA, Pa. (AP) — By the time Eric Paschall and Phil Booth exited the game in the final minutes, some fans had already left the arena since the result was no longer in question. Those that remained made sure to give the two fifth-year seniors a hearty ovation.

Paschall scored 20 of his 25 points in the second half and No. 13 Villanova rebounded from its first Big East loss by running away from Providence 85-67 on Wednesday night.

Nate Watson led Providence (14-11, 4-8) with 18 points. The Friars have lost four of their last five but were coming off an impressive 14-point road win at St. John's on Saturday.

"They had a lot of adults on the floor," Providence coach Ed Cooley said. "Most old teams win. Not many young teams win, unless they're just the blue bloods of all blue bloods."

After two straight 3-pointers from Paschall put Villanova ahead 53-45 early in the second half, Providence scored the next 10 points, culminating with a steal and acrobatic reverse layup from Maliek White, to take a 55-53 lead with 10:29 remaining.

But Paschall delivered two more big threes - right in front of the 'Nova bench - to help the Wildcats close the game on a 23-6 run. Underclassmen Saddiq Bey and Dhamir Cosby-Roundtree helped seal the win with a 3-pointer and three-point play during the decisive spurt.

Pashcall shot 10 for 13 from the field and 5 for 6 from 3-point range. Cosby-Roundtree finished with 12 points and didn't miss a shot from the field (4 for 4) or the foul line (4 for 4) as Villanova shot 63 percent in the second half.

"We just knew we had to get better," Paschall said. "It was a whole bunch of little things we had to work on."

Providence junior Alpha Diallo, the eighth leading scorer and top rebounder in the Big East, was held scoreless until an emphatic dunk and three-point play with 1:38 left in the first half followed by a 3-pointer with 2.5 seconds left.

Providence: The Friars, who have made the NCAA Tournament and won at least 20 games in each of the last five seasons, continue to struggle to put together complete performances. "Unless we can turn my team into another team, that's just what we're going to have to deal with with this year's group," Cooley said.

Villanova: The Wildcats have a one-game lead on Marquette for first place in the Big East while no other team in the league even has a winning record. Villanova won the first four regular-season championships of the revamped Big East before Xavier took the title last season.

After shooting a perfect 14 for 14 from the foul line in the first half, the Wildcats were on the wrong end of the whistle during one stretch midway through the second half in which they were called for four fouls in one possession.

Wright said he was proud of how his players kept their composure after what he called a "rare" sequence, while Booth claimed to have barely noticed the uniqueness of the situation.

"We were more focused on what we did wrong that caused the fouls," Booth said. "You just gotta keep playing."

"He sat through a film session and said, 'I shouldn't have entered that room, I couldn't get out,'" Wright laughed. "But it's always good to have him. Our guys love him."

Villanova plays the first of three straight games on the road at St. John's on Sunday evening.