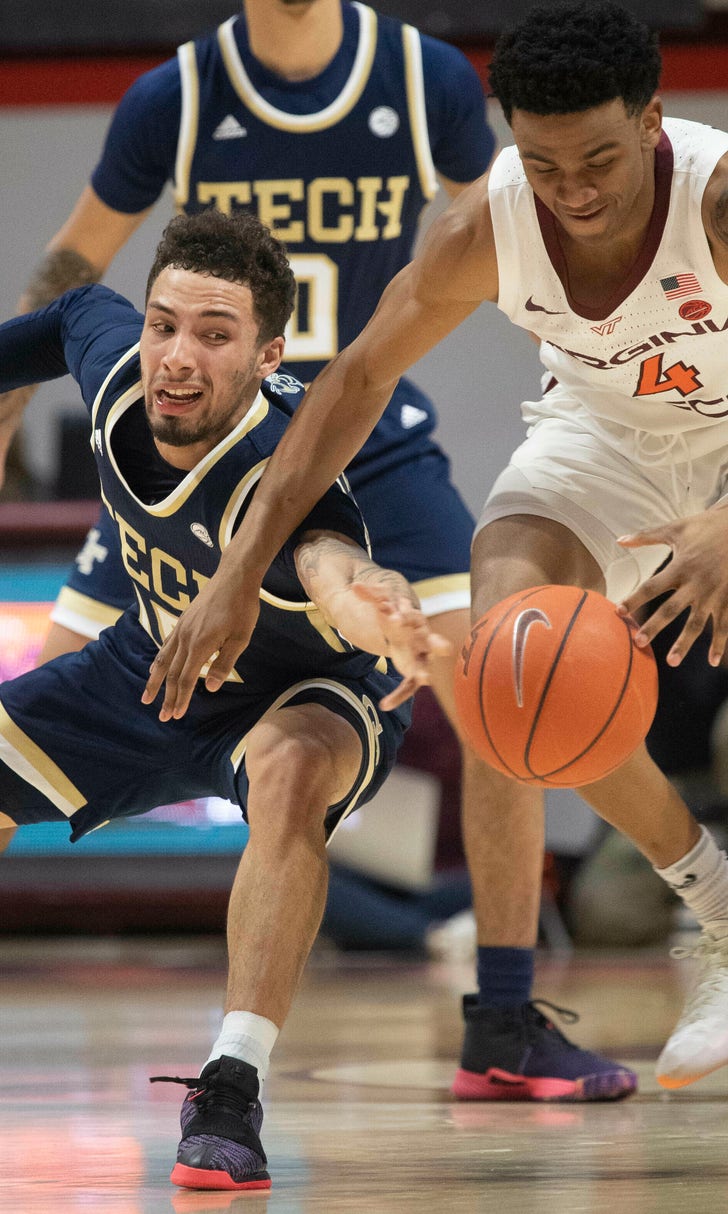 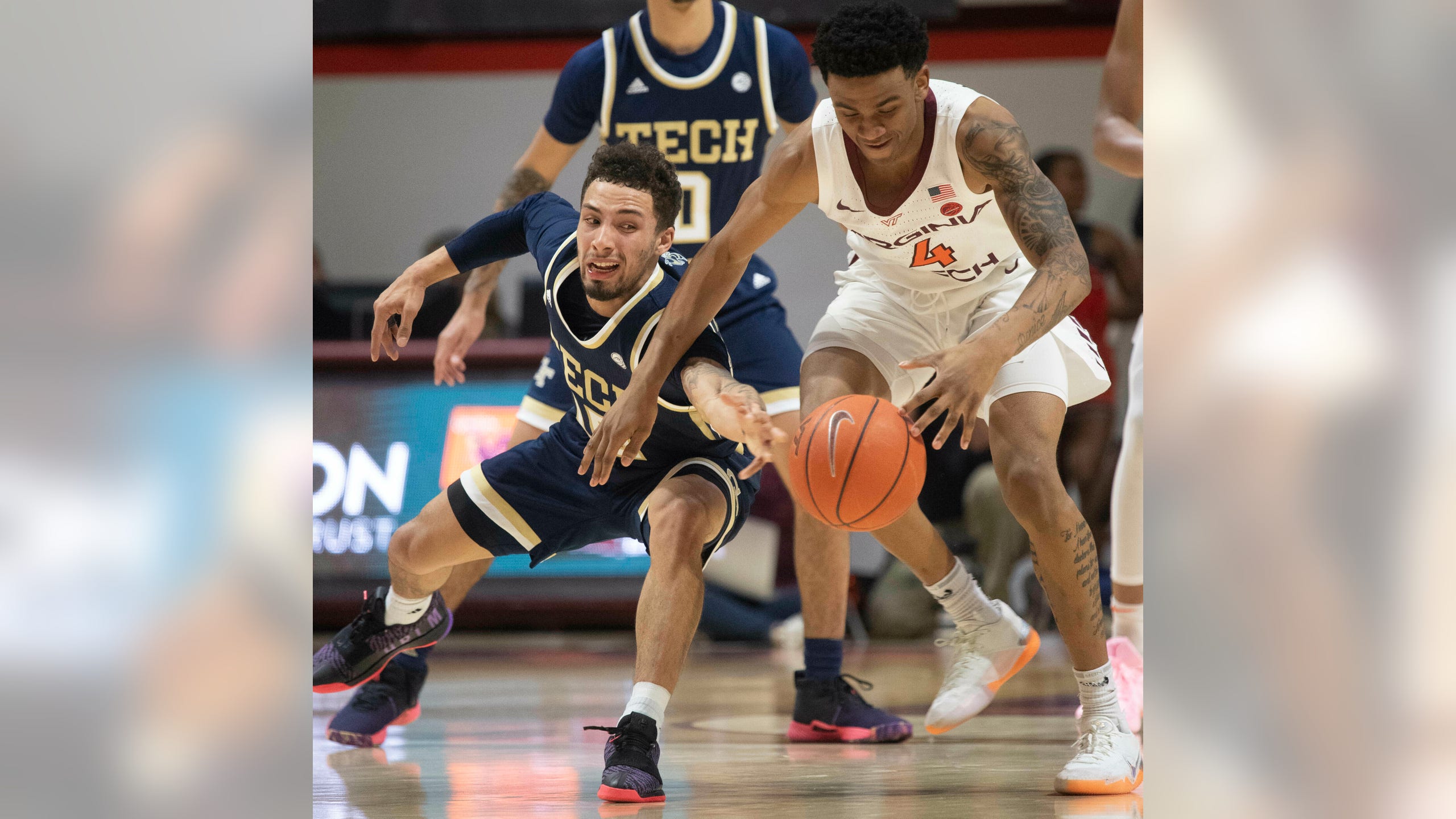 BLACKSBURG, Va. (AP) — Ty Outlaw admitted that he was excited about the prospect of playing Georgia Tech.

But Outlaw's reasoning wasn't because of the Yellow Jackets' sub-.500 record or their five-game losing streak. Instead, he cited a more tactical reason.

"I love it when they play zone," Outlaw said.

Outlaw did his share of damage against Georgia Tech's zone defense, scoring a season-high 20 points, as No. 22 Virginia Tech defeated the Yellow Jackets 76-68 on Wednesday night.

Outlaw, who entered the game hitting nearly 50 percent of his 3-point attempts, hit six 3-pointers for the Hokies (19-5, 8-4 ACC), who rallied from a three-point halftime deficit and snapped a two-game losing streak — their first losing streak of the season.

Kerry Blackshear Jr. and Nickeil Alexander-Walker each scored 16 points for the Hokies, who swept the season series and notched their sixth straight win over Georgia Tech (11-14, 3-9).

After hitting just five 3-pointers in winning an ugly game in Atlanta on Jan. 9, Virginia Tech hit 13 in the victory. The Hokies shot just 34.6 percent in the first half (9 of 26), but heated up behind Outlaw and Blackshear in the second half, shooting 59.3 percent (16 of 27).

The Hokies trailed 35-30 early in the second half, but a 3-pointer by Outlaw with 18:04 remaining arguably turned out to be the biggest shot of the game. It started a 17-2 run in which Virginia Tech scored on six of seven possessions to take the lead for good. Georgia Tech missed three shots and turned the ball over twice in that span.

"I can read it a little better than man," Outlaw said of facing a zone defense. "To me, it's a little slower pace and because I'm a shooter and some of my teammates are more playmakers than me, I know that I'll be on the receiving end of a lot of plays, so yeah, I do like zones."

The Yellow Jackets cut the lead to 49-48 on a 3-pointer by Devoe with 8:56 left, but the Hokies answered, with Blackshear converting a three-point play on the ensuing possession. Blackshear later added a free throw and Outlaw hit another big shot, connecting on a 3-pointer in a 7-0 run, and the Hokies never looked back.

Virginia Tech: The Hokies had been struggling without star point guard Justin Robinson, who missed his fourth straight game with a foot injury. In three previous games without him, they had averaged 54 points and shot 35.6 percent from the floor (32.8 percent from beyond the 3-point arc), but they got well against the Yellow Jackets, who came into the game ranked third in the ACC in field-goal percentage defense (38.9 percent).

Georgia Tech: The Yellow Jackets had failed to score 50 points in two of their previous three games, so 68 points and 11 3-pointers certainly were a step in the right direction. But their zone defense let them down in this one, as Virginia Tech's 13 3-pointers were the most against the Yellow Jackets this season.

Virginia Tech: After sliding in the polls following Saturday's loss at Clemson, the Hokies have a chance to move back up with a win at Pittsburgh on Saturday. The Panthers were in last place with a 2-10 conference record heading into Wednesday night play.

Georgia Tech: The Yellow Jackets aren't going to be in the national poll any time soon, but can play the role of spoiler, with games against ranked foes Florida State and Virginia remaining on the schedule.

After missing the previous four games with an undisclosed injury, Virginia Tech forward P.J. Horne returned to action, providing a much-needed bench option for the depth-shy Hokies. Williams inserted Horne into the game with 12:41 left in the first half. Less than three minutes later, Horne scored on a dunk - and received quite the ovation from the Virginia Tech faithful in attendance.

Georgia Tech guard Jose Alvarado came into the game averaging 13.7 points, but Alvarado scored just four points against the Hokies, making 2 of 10 from the floor. He also went 0 of 6 from beyond the 3-point arc. He is shooting just 26.8 percent from beyond the arc this season.

"I love him dearly," Pastner said. "He plays his tail off for me. He's just . we've got to get him to make a couple of 3's. He's just been in a deep slump and only he can get out of it. He's gotten good looks. He had a couple that rolled in and out, but in order for us, our team, to take the next step, he's got to make a couple of those."

Virginia Tech: The Hokies play at Pittsburgh on Saturday.

Georgia Tech: The Yellow Jackets play host to No. 17 Florida State on Saturday.