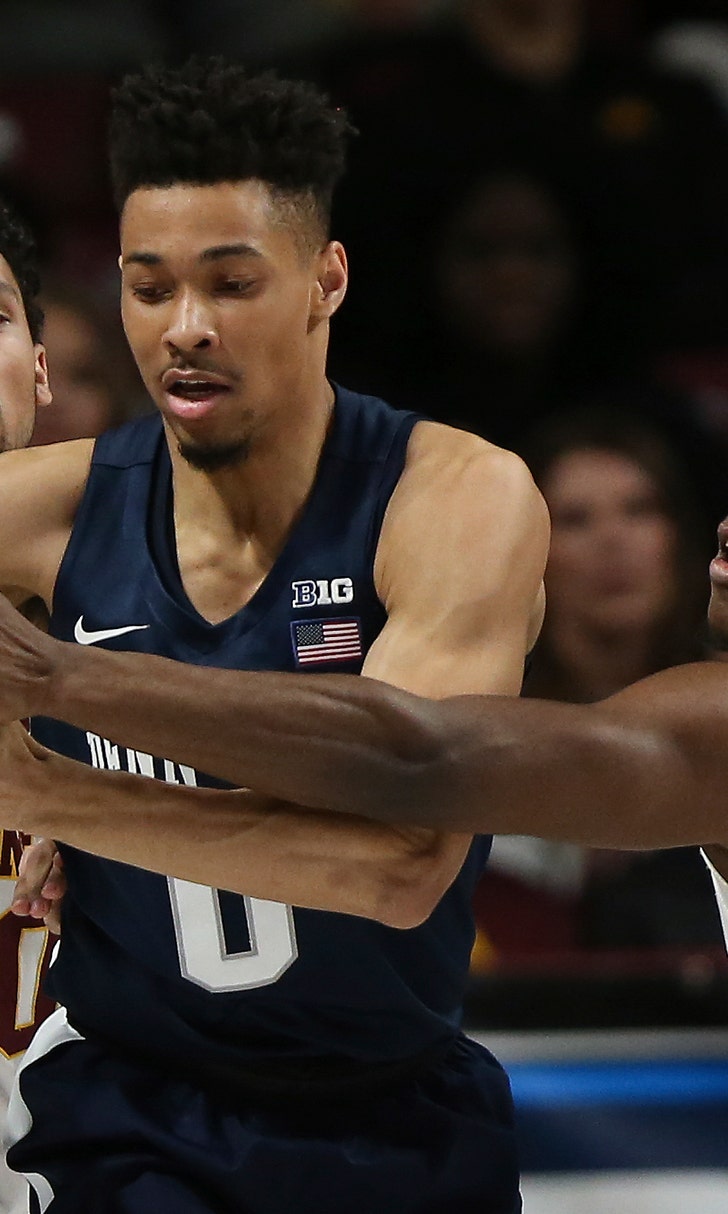 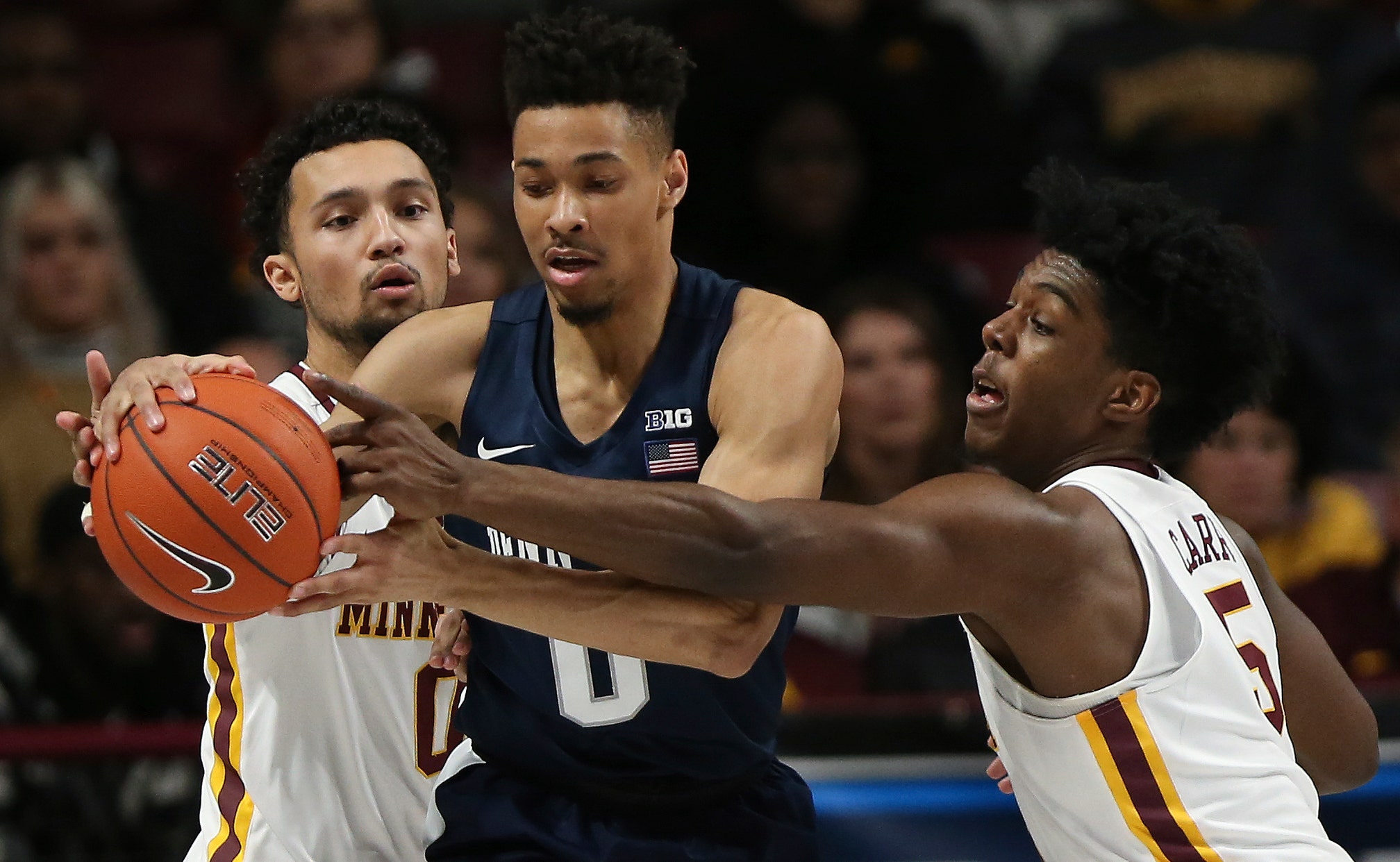 MINNEAPOLIS (AP) — Coach Richard Pitino implored his Minnesota team at halftime to increase its pressure on the defensive end after Penn State shot 60% from the field and didn’t have a turnover in the first half.

The Gophers didn’t start the second half the way Pitino envisioned but eventually started to hound the Nittany Lions’ shooters, and Minnesota came away with another conference victory.

Daniel Oturu had his sixth double-double in seven Big Ten games this season with 26 points and 14 rebounds, Marcus Carr added 27 points and Minnesota came from behind to beat Penn State 75-69 on Wednesday night.

Carr added nine assists and six rebounds for the Gophers, who trailed by eight points early in the second half before the Nittany Lions’ offense went cold. Penn State missed 13 straight shots at one point and went without a field goal for almost 12 minutes as Minnesota went on a 16-5 run.

“That was just unacceptable,” Carr said of the defense in the first half. “That was something we had to turn around very quickly. The first four minutes of the second half, we still weren’t getting it done. But after that, we buckled down and knew we had to get this tough win.”

Myreon Jones and Seth Lundy each had 15 points for the Nittany Lions, who have lost three in a row.

“Long, long season,” Penn State coach Patrick Chambers said. “We’ve had a lot of quality wins. Somehow, some way we’ve got to get together, try to regroup and get a win, stop this slide. A little resiliency, a little toughness – if we can do those things, we’ll come out on top.”

Penn State used a 10-2 run to take control early in the second half, with Lamar Stephens scoring six points during the stretch. Stephens’ jumper at 17:02 of the second half ended the run and the Nittany Lions didn’t hit a field goal again until Jones connected with 5:28 to play.

“I told them at halftime, you can’t allow the other team to dictate the rules, especially in your building,” Pitino said. “You’ve got to take it to them, and obviously our defense in the second half was exceptional.”

In its previous two losses, Penn State shot a combined 39 of 113 for 34.5% against Rutgers and Wisconsin.

“I thought our shooters had good shots,” Chambers said. “We had good shots. They’re just not going in right now. We’ve got to keep trusting those guys, keep giving them the green light.”

The Gophers were 23 of 29 from the free-throw line and outrebounded the Nittany Lions 48-32.

Minnesota: Another quality win added to the ledger for the Gophers. As Minnesota builds its NCAA tournament portfolio, Wednesday’s win currently counts as Quadrant 2 win in the NET rankings. It’s the second Quadrant 2 win this season to go along with Quadrant 1 wins against Ohio State and Michigan. The road doesn’t get any easier in the Big Ten, but the Gophers are battle tested as they go back on the road.

Carr, who played all 40 minutes, scrambled for a loose ball after a rebound and went straight down the middle of the court for a layup on the other end while being fouled. He converted the free-throw to give Minnesota its biggest lead of the game at 10 with a minute remaining.

Penn State’s alternating January schedule has it back home against No. 21 Ohio State on Saturday. The Nittany Lions lost 106-74 at Ohio State in December.

Minnesota is at Rutgers on Sunday. The Gophers are winless in five road games this season, including losses in their first three Big Ten road games.