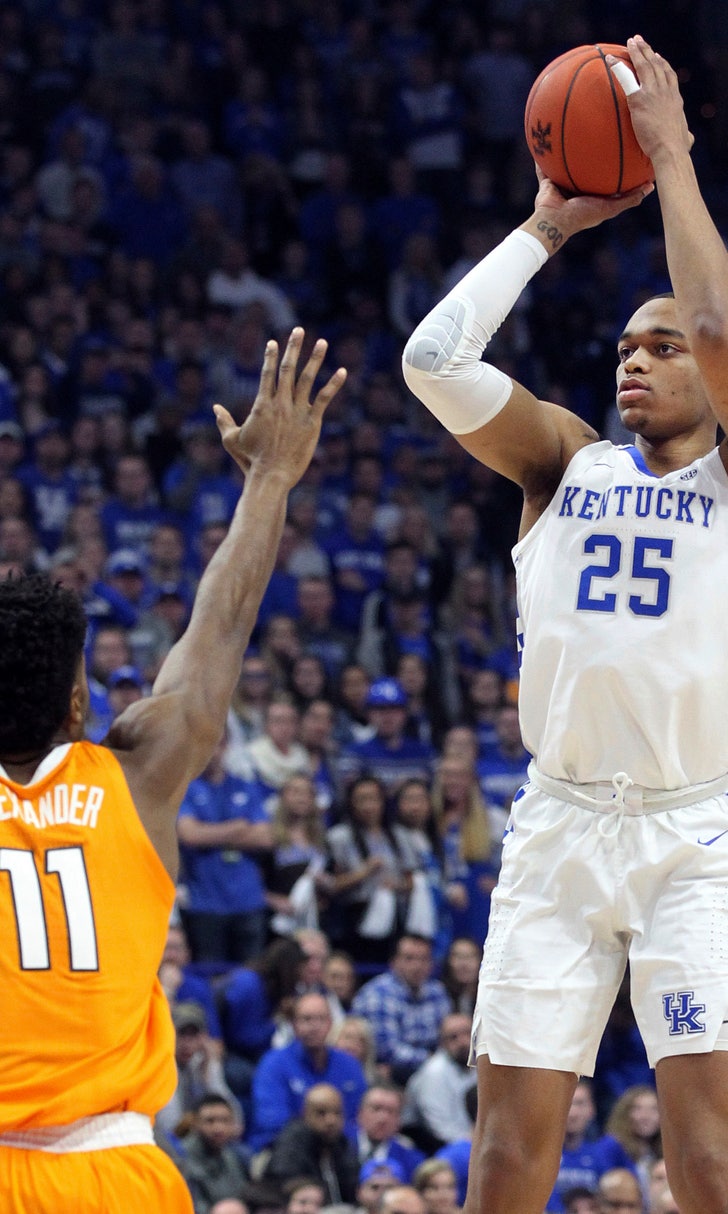 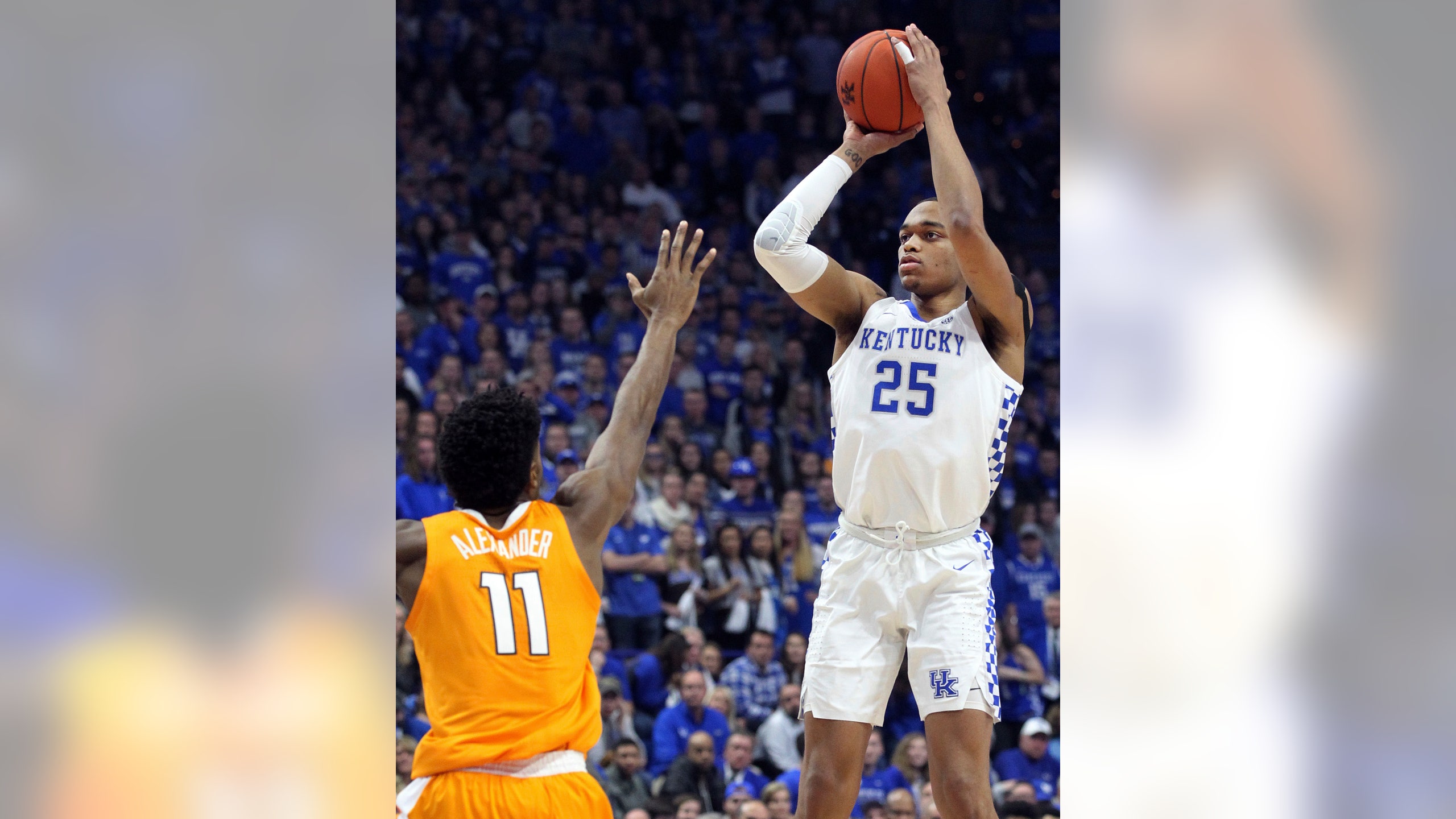 LEXINGTON, Ky. (AP) — No. 5 Kentucky got the strong start it sought against No. 1 Tennessee and for a moment was blowing out the Volunteers.

Most important was that the Wildcats finished off the Vols on a national stage, just what they needed days after letting one slip away.

The Wildcats used a 25-7 surge over a little more than seven minutes for a 62-38 lead, providing a cushion that withstood the Volunteers' 13-0 spurt soon after that cut the advantage in half. Kentucky maintained a double-digit lead to win the highly anticipated matchup of top-five schools.

"It shows everybody that we can still play with great teams in this league and also in the country," said Washington, who scored Kentucky's first seven points and finished 9 of 12 from the field for his seventh 20-point effort in the past eight games.

Johnson, meanwhile, made 8 of 14 with three 3-pointers as the Wildcats shot 55 percent. Tyler Herro had 15 points and 13 rebounds as Kentucky beat Tennessee 39-26 on the glass.

It was a big improvement from Tuesday night's 73-71 home loss to No. 19 LSU , a game decided on a last-second tip-in the Wildcats thought was basket interference. However, Kentucky played a big role with breakdowns and questionable shots that let the Tigers rally and eventually win the game.

The Wildcats rebounded with an effort that was thorough in many phases.

They outscored the Vols 36-20 in the paint and edged them 17-14 in second-chance points. And instead of letting Tennessee expand its one encouraging run, Kentucky did what it had to do to keep a double-digit advantage.

"I hit them right after the game with LSU and said, 'Hey, that was a tough loss,'" Kentucky coach John Calipari said. "But you know, we needed it. We need to go back to what we were, and sometimes you've got to get knocked in the head to know that.

"So the loss to LSU probably helped us win this game."

Other than managing to enter the break trailing 37-31 and that second-half run, Tennessee wasn't a factor.

Jordan Bone had 19 points and Admiral Schofield scored 17 for the Volunteers, who made the game's first basket but trailed afterward. Tennessee shot 35 percent in the second half and 41 percent overall in its first game against ranked team since beating then-No. 1 Gonzaga 76-73 on Dec. 9.

Tennessee will likely fall from atop the AP Top 25 with the loss. Kentucky should move up a couple of spots with its biggest win this season.

Tennessee: The Volunteers never got a chance to take the three-game lead they sought against Kentucky and must wait for the March 2 rematch in Knoxville to get revenge. That will require improved shooting and rebounding after a game in which they struggled at both.

"We had some shots early and didn't make them, and that's part of it," coach Rick Barnes said. "But they're not giving much room to work with."

Kentucky: The Wildcats needed this win on many ways after letting LSU off the hook. They still have ground to make up on the Volunteers but succeeded not only in getting ahead of Tennessee, but closing out the Vols. Reid Travis had 11 points and Ashton Hagans had seven assists.

The announced attendance of 24,467 was the third-largest in Rupp Arena history, and the noise made it hard for Kentucky's players to communicate with each other.

"There was one point in the first half I couldn't hear anything," Washington said. "I was trying to talk to Ash (Hagans), but I couldn't even hear myself. It was just great to have an atmosphere like that."

Tennessee hosts Vanderbilt on Tuesday night, seeking a season sweep after escaping the Commodores 88-83 in overtime on Jan. 23.

Kentucky visits Missouri on Tuesday night, looking to improve to 12-1 against the Tigers.