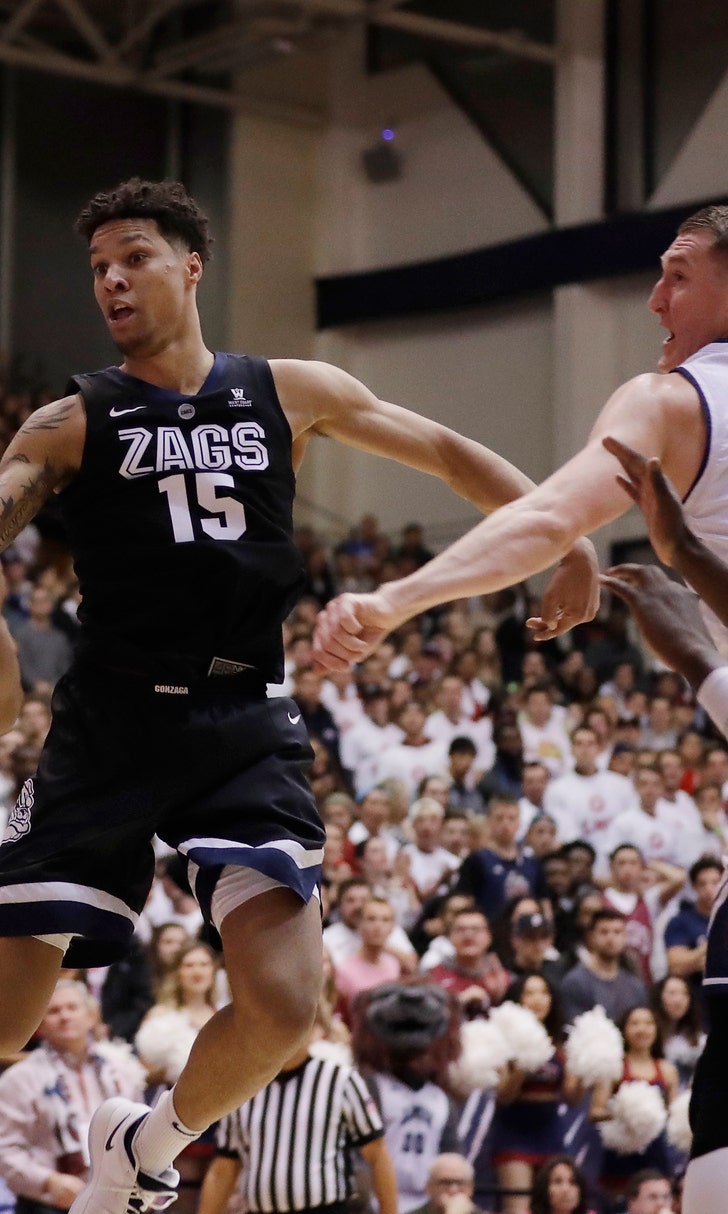 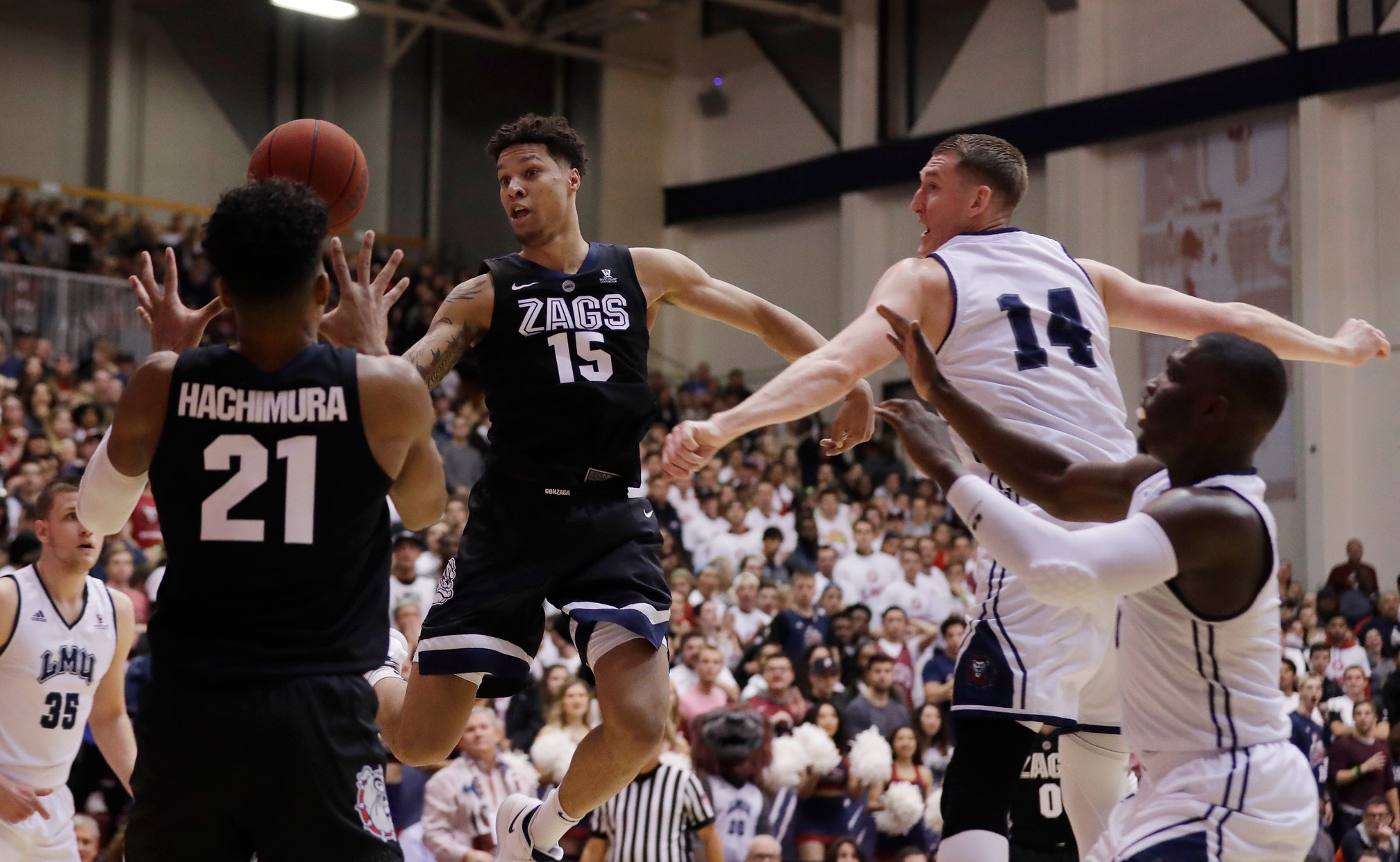 LOS ANGELES (AP) — Third-ranked Gonzaga was trailing midway through the second half and the nation's highest-scoring team was being slowed.

The Bulldogs came up with a late burst to extend their winning streak to 15 games.

Gonzaga closed the game with a 20-6 run to beat Loyola Marymount 73-60 on Thursday night. It was only the second West Coast Conference game that the Bulldogs (24-2, 11-0) have not led by at least 20 at some point.

"They were a tough out tonight. They would have been a tough out for a lot of teams tonight," Gonzaga coach Mark Few said.

Rui Hachimura led Gonzaga with 22 points and Brandon Clarke added 17 points and 12 rebounds for his eighth double-double of the season.

The game was close until late in the second half. Loyola Marymount took a 54-53 lead with 8:45 remaining on Joe Quintana's 3-pointer, before the Bulldogs took control.

James Batemon's jumper brought Loyola Marymount (17-9, 5-7) within 60-58 with 4:59 remaining but Gonzaga scored 13 of the game's last 15 points. The game was similar to Gonzaga's Jan. 12 victory at San Francisco, where it trailed late before going on a 17-2 run in the final four minutes.

"They did a good job taking us out of our normal pace of offense," said Zach Norvell Jr., who had 13 points, including a pair of 3-pointers late in the second half. "Once we settled down and found holes, we were able to pick them apart."

Gonzaga finished 21 of 22 from the foul line.

The Bulldogs came in leading the nation with 91.4 points per game but had their lowest-scoring half of the season, as they led 32-31 at halftime. It was only the fourth time this season they have been held under 80 points in a game.

Gonzaga opened the second half with 3-pointers by Josh Perkins and Corey Kispert. The Lions fought back though and kept it close until the final six minutes.

"We just stayed poised and not get caught up in the moment. We did a good job of having a mature approach and getting stops on our end," Clarke said.

Dameane Douglas led Loyola Marymount with 13 points, Batemon added 12 and Mattias Markusson and Eli Scott scored 11 apiece. The Lions had a 15-6 edge in offensive rebounds and controlled the inside with a 38-30 edge in points in the paint. They also had an 18-2 advantage in second-chance points but were 1 of 14 on 3-pointers.

"We didn't allow them to push it out until the end. The bottom line is we missed some layups late. Against a team that is third in the country, those are empty possessions," Loyola Marymount coach Mike Dunlap said. "Statistically there is a lot to put your teeth into that positive, but how do you take it the rest of the season and go forward?"

Gonzaga: The Zags came into the game as the nation's top shooting team (52.8 percent) but were just 9 of 28 in the first half. They improved greatly in the second half, going 14 of 22.

"Loyola beat us up and was physical. We settled too much in the first half and missed a bunch of layups," Few said. "We settled things down and got to the rim a little bit more and guys made 3s in the second half."

Gonzaga: Travels to San Diego on Saturday night. The Bulldogs won the first matchup 85-69 on Feb. 2.