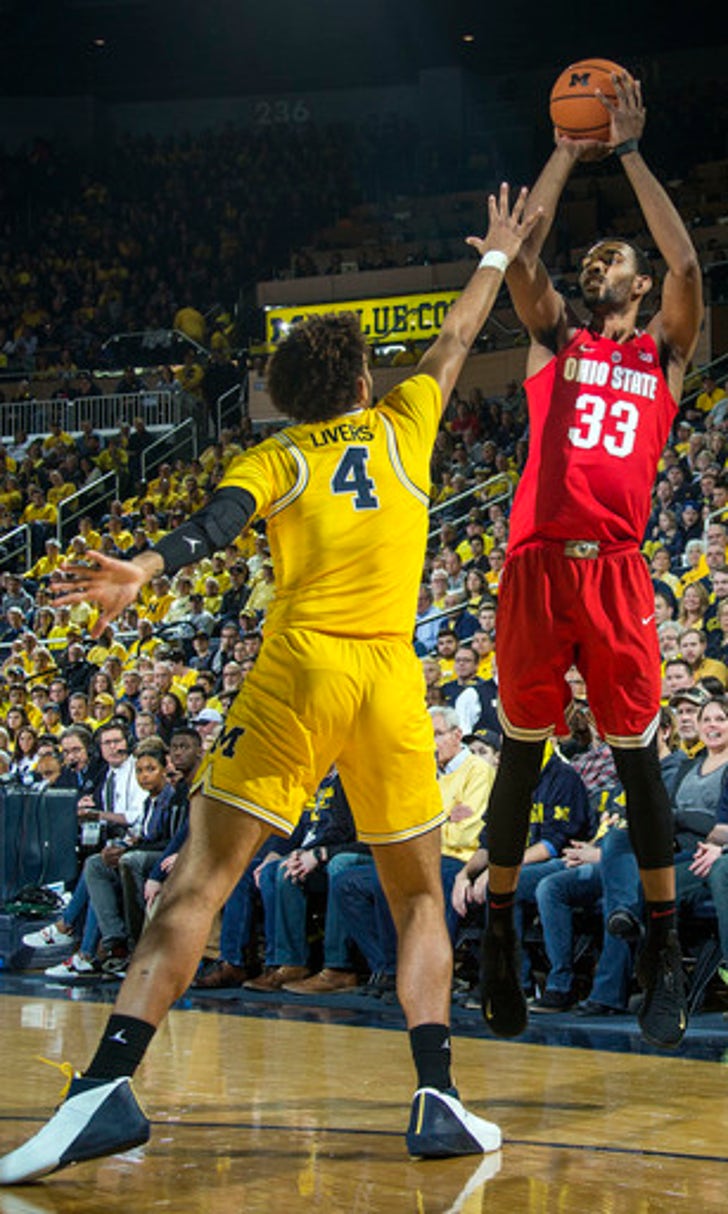 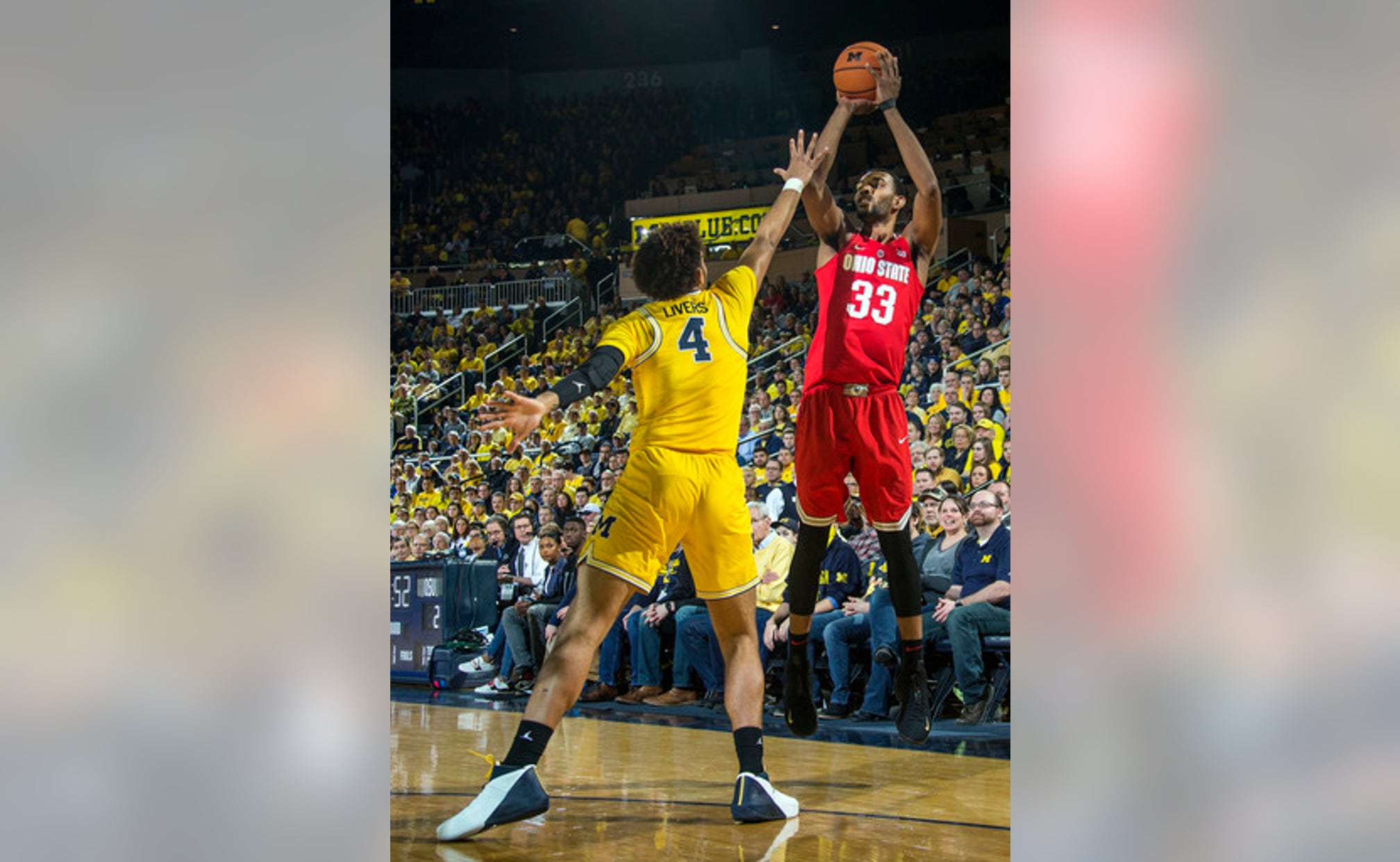 ANN ARBOR, Mich. (AP) Jordan Poole went on a scoring tear, sending Michigan's seniors out with a win in their last home game.

The freshman guard came off the bench and scored 12 of his 15 points in the first half to help the 22nd-ranked Wolverines take the lead, and they never trailed in the second half of a 74-62 win over No. 8 Ohio State on Sunday.

''We're starting where they're ending,'' Poole said. ''Them going out on a great note, especially against a Top 10 rivalry team, it's awesome.''

The Wolverines (22-7, 11-5 Big Ten) beat a rival and helped out another one, giving No. 2 Michigan State a one-game lead atop the conference standings with two games left in the regular season.

Michigan coach John Beilein said the win makes up ''a little bit'' for a one-point loss to No. 6 Purdue as his team aims to improve its seeding for the Big Ten and NCAA tournaments.

The Wolverines have won three straight for the first time since ending a seven-game streak on Jan. 6.

The Buckeyes (22-7, 13-3) have fallen out of first place by losing consecutive Big Ten games for the first time this season.

''If this beats us down, shame on us,'' Ohio State coach Chris Holtmann said.

''I'm not worried about him,'' Holtmann insisted.

Jae'Sean Tate had 20 points and 15 rebounds for the Buckeyes, whose last lead was 18-17 midway through the first half.

Ohio State: Bates-Diop is in a shooting slump. He made as many shots (two) as he had turnovers in the first half against Michigan and finished with just five baskets on 17 attempts. Bates was 4 of 11 and scored 10 points in the last loss to Penn State and has missed more than half his shots in three straight games. The redshirt junior forward did score a career-high 35 points two weeks ago against Illinois and is averaging nearly 20 points a game.

''Teams are being really physical and crawling into his space and bodying him up on drives,'' Holtmann said. ''He's got to do a better job of adjusting to that.''

Michigan: Poole's play is encouraging for a team with its leading scorers averaging just 10 to 14 points a game in the Big Ten. He scored in double digits in three of his first seven games, including a 19-point performance against Indiana, but had 10 or more points in just four of the next 19 games. Poole hadn't scored more than eight points in his previous eight games and was averaging 4.6 points during the low-scoring stretch.

Austin Hatch was included in Michigan's pregame and postgame ceremonies to honor its seniors.

The former player survived two deadly plane crashes, killing members of his family, after committing in high school to play for the Wolverines. Hatch, who is from Fort Wayne, Indiana, was on the team his freshman year and later was a student assistant before leaving the program to focus on academics.

''I'm extremely grateful and I've done my very best to show my appreciation by how I approach everything here,'' Hatch told the crowd .

Ohio State senior guard Kam Williams fouled out with four points after scoring just two points against Penn State in his return from a three-game suspension for violating team rules.

Ohio State guard Andrew Dakich, who graduated from Michigan, was booed when he checked into the game in the first half and every time he had the ball. He missed all three of his shots against his former teammates and was scoreless with one turnover in 22 minutes. Dakich is averaging three points, two assists and 18 minutes a game after not averaging a point or more than 5 minutes a game in any of his three seasons with the Wolverines.

Michigan: Goes into Big Ten tournament after two road games on Wednesday night against Penn State and Saturday at Maryland.