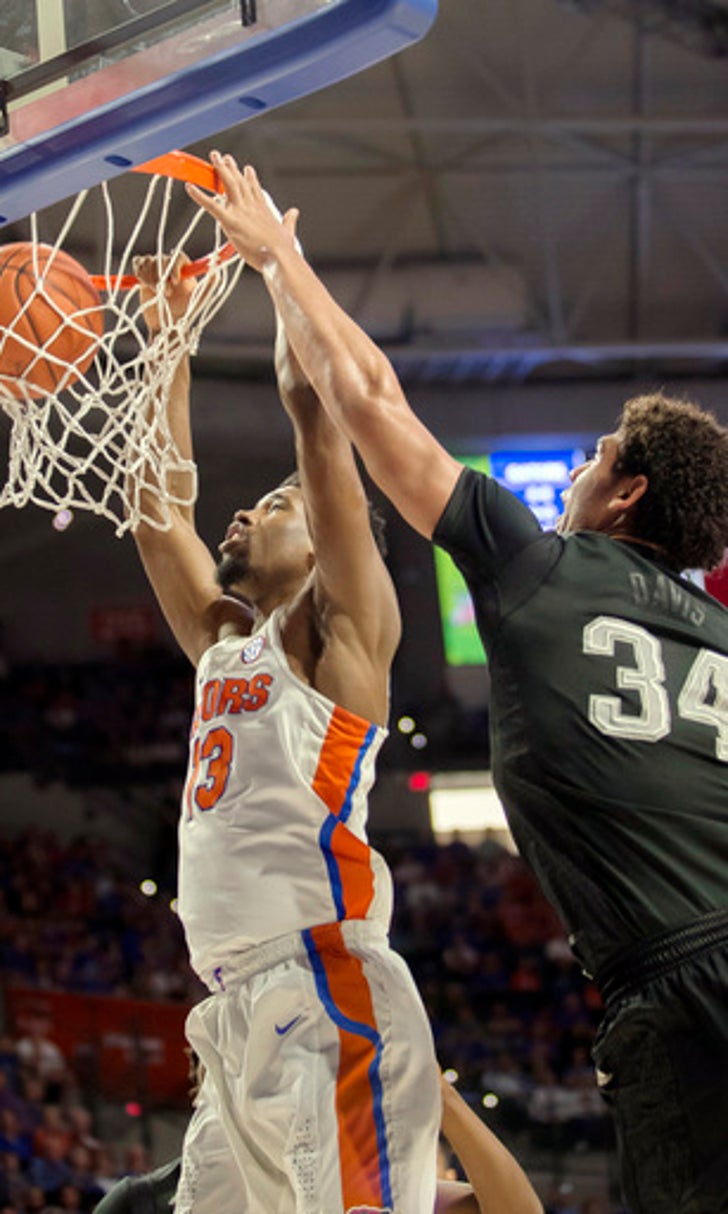 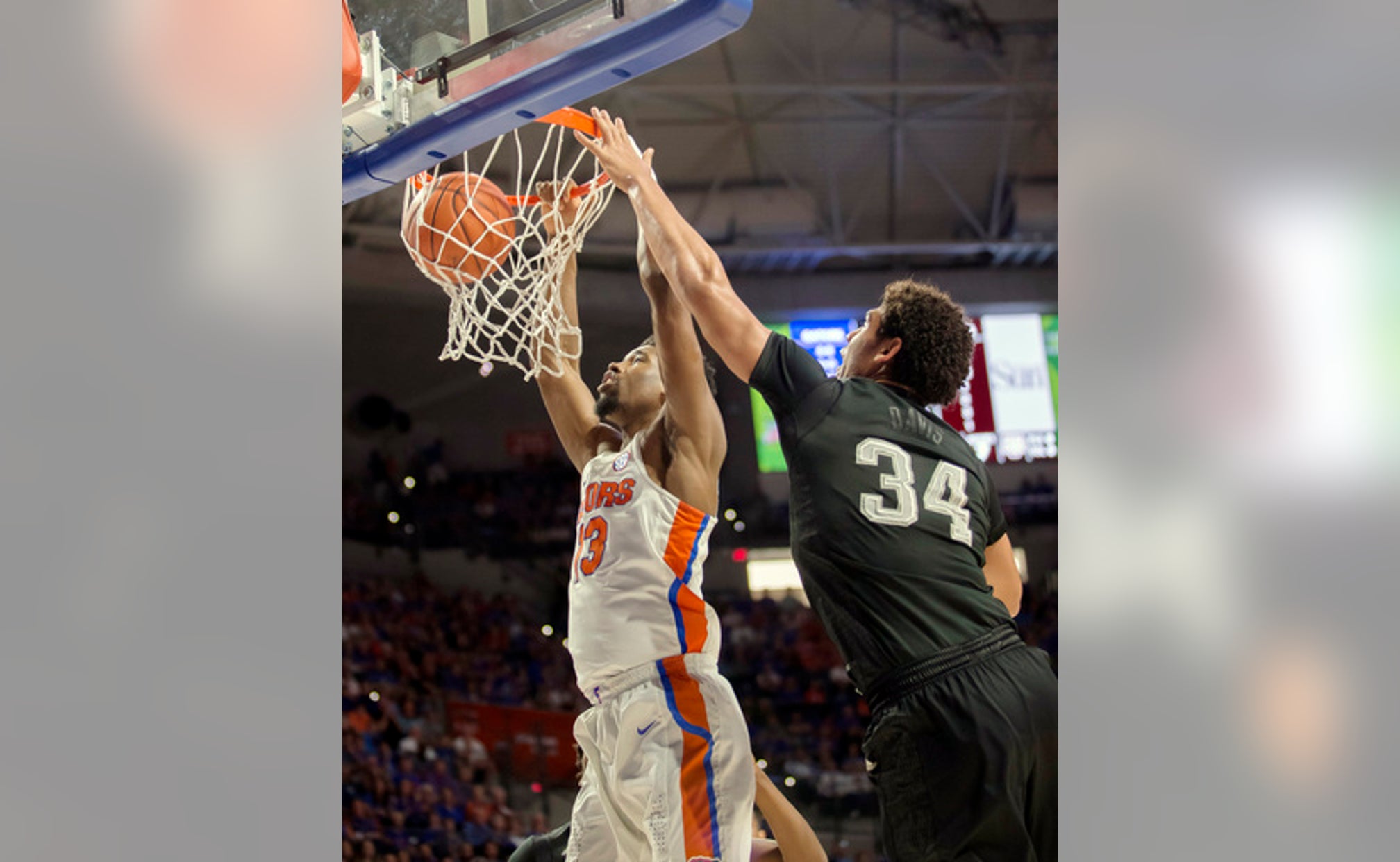 John Egbunu notched his first double-double of the season, finishing with 11 points and 10 rebounds, as the Gators (20-5, 10-2 Southeastern Conference) won their sixth consecutive game. After winning each of the last five by double digits, this one was considerably closer than most expected.

The Aggies (13-11, 5-7) led 42-41 midway through the second half and looked like they might get their first win in five tries against a ranked team this season. But Florida used a 24-10 run to take the lead and pull away. It started and ended with 3-pointers by Leon, who finished one point shy of tying his career high.

The senior made 7 of 15 shots, including four from behind the arc.

Barry made all four of his under-handed free throws and broke the school record for consecutive makes from the charity stripe. He has made 39 in a row, topping the former mark (37) set by Taurean Green during the 2005-06 season.

Chris Chiozza was the fourth Florida player in double figures, finishing with 11 points.

Robert Williams led the Aggies with 18 points and 12 rebounds, the freshman's seventh double-double of the season.

Texas A&M's undoing was 20 turnovers. It surely didn't help that the Aggies made 4 of 18 from 3-point range and finished with just nine assists.

Texas A&M: The Aggies have a talented frontcourt and really took it to the Gators inside. But they have little talent outside and even less depth in the backcourt.

Florida: The Gators have to be glad they have no more noon tips during the regular season. They played their third in the last five Saturdays and struggled again. Florida needed overtime to beat Georgia on Jan. 14 and lost to Vanderbilt on Jan. 21. The Gators led by 11 early against the Aggies, looking like they had solved their early start issues, but went into a lackluster stretch that allowed Texas A&M back in it. Coach Mike White even changed up the team's routine by going with a lighter practice Thursday and no early morning shootaround on game day. It didn't really work.

Florida plays at Auburn on Tuesday.