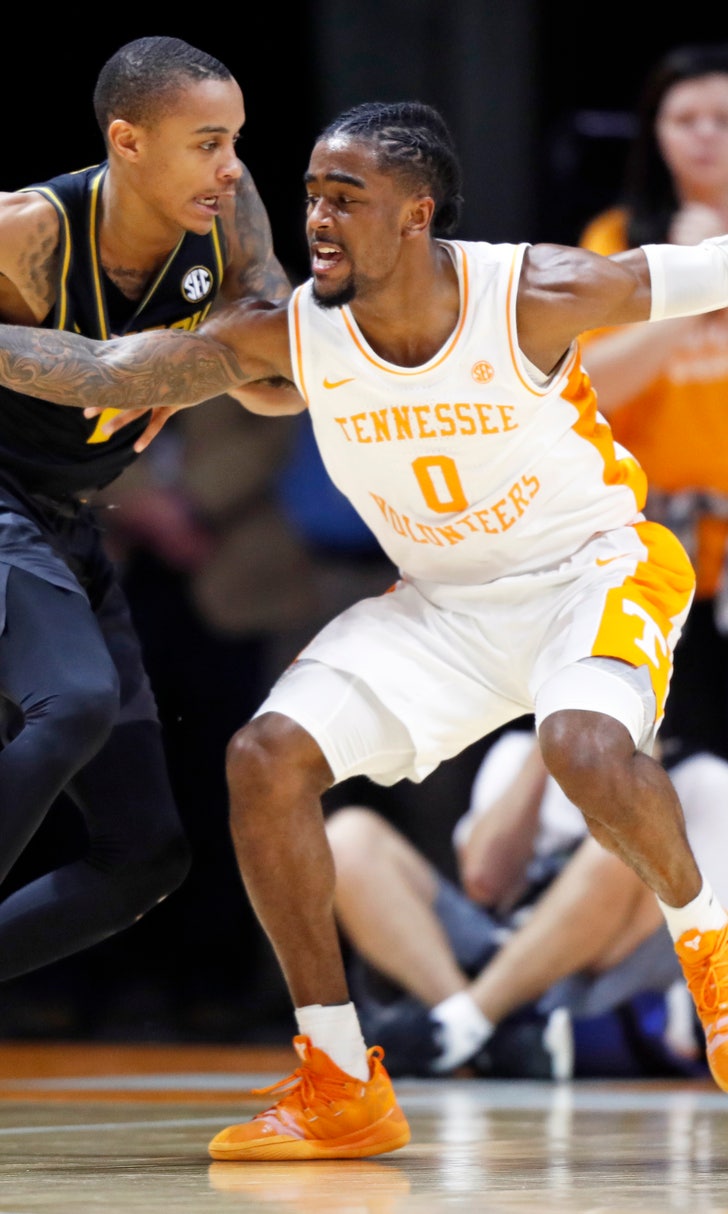 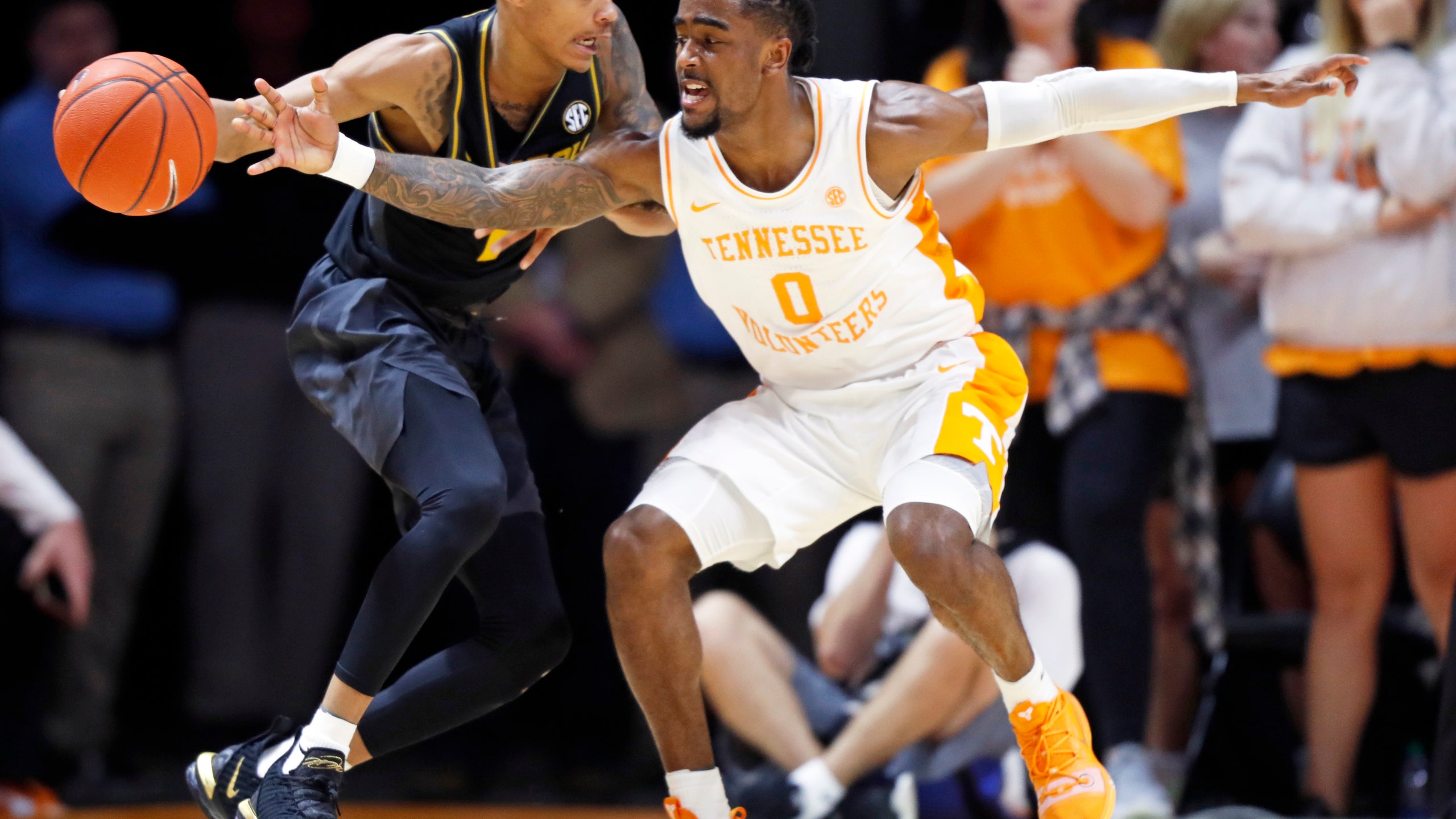 Admiral Schofield and Grant Williams scored 13 points each as the top-ranked Volunteers defeated Missouri 72-60 on Tuesday night to earn their 17th straight victory, extending a school record. Barnes' only other 17-game winning streak came in 2009-10 at Texas.

"You've got to give these guys credit," Barnes said. "They've done the work, put it in. Now we're getting toward the end of the regular season, we're halfway through the conference season, I guess. It's only going to get tougher, and I think we know that."

Martin coached Tennessee to a 63-41 record from 2011-14 but never completely won over the fan base. He left for California after leading the Vols to an NCAA regional semifinal appearance, turning down an offer of a raise and an extension.

Although Martin had split two meetings with Tennessee since taking over Missouri's program in 2017, neither of those games was in Knoxville. Before the opening tip, a "Thank You Cuonzo: Welcome Back to Rocky Top" message appeared on the video board.

"It felt good," Martin said. "A lot of good relationships, and I've maintained those. You try to keep it within a game, but it was good emotions for me. It really was."

Javon Pickett scored 12 points, Jordan Geist had 11 and Xavier Pinson added 10 for Missouri, which lost for the fourth time in the last five games.

Tennessee earned this latest win even as Barnes conceded his team looked lethargic at times.

"I don't know if it was because it was a 9 o'clock game or what, but it kind of felt like everybody was tired or something like that," Bowden said. "But it's just about us going about our business and doing what we've got to do."

After trailing by as many as 12 in the first half, Missouri chipped away and got Tennessee's lead down to 39-35 after Jeremiah Tilmon's tip-in with 18:29 left. Tennessee responded by scoring 11 straight points and stayed in front by at least eight points the rest of the way.

"It wasn't for us about playing the No. 1 team," Martin said. "It was a team in our league, a talented team, an experienced team, battle tested. I thought the effort was there, but we just didn't have enough."

Missouri: Tilmon's ability to stay on the floor and avoid foul trouble offers encouragement for the rest of the season. Tilmon played just nine minutes before fouling out of an 87-63 loss to Tennessee on Jan. 8. The 6-foot-10 forward had eight points, five rebounds and only two fouls in 27 minutes Tuesday. After struggling with foul trouble much of the season, Tilmon is averaging 14.3 points over his last four games.

Tennessee: The Vols' bench got a boost from Yves Pons, who scored six points and had back-to-back baskets during Tennessee's 18-2 run in the first half. Pons, who made 13 starts before moving to the bench on Jan. 26, had gone scoreless in the previous four games.

Andy Katz's Tiers: Best Of The Rest
Gonzaga and Baylor are known commodities, but which other teams look poised to make a Final Four run? Andy Katz breaks it down.
4 hours ago

All Aboard the Baylor & Gonzaga Train
When it comes to college basketball, Gonzaga and Baylor appear to be head and shoulders above the rest, Mark Titus writes.
22 hours ago