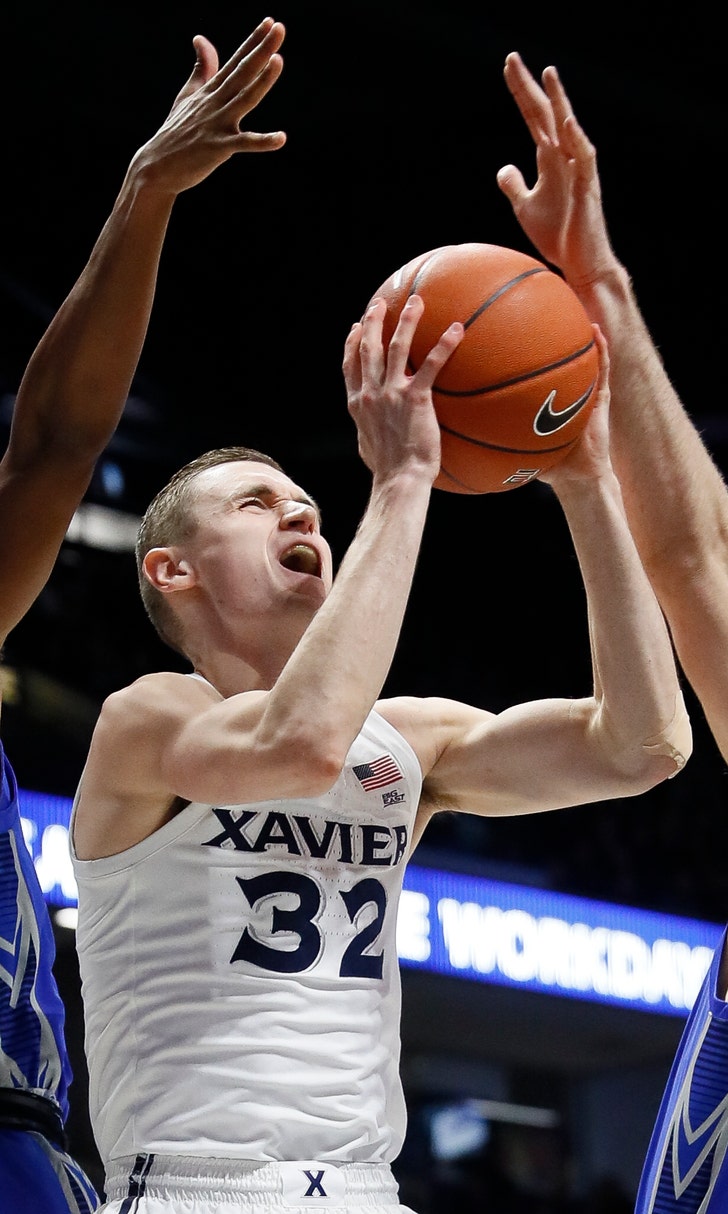 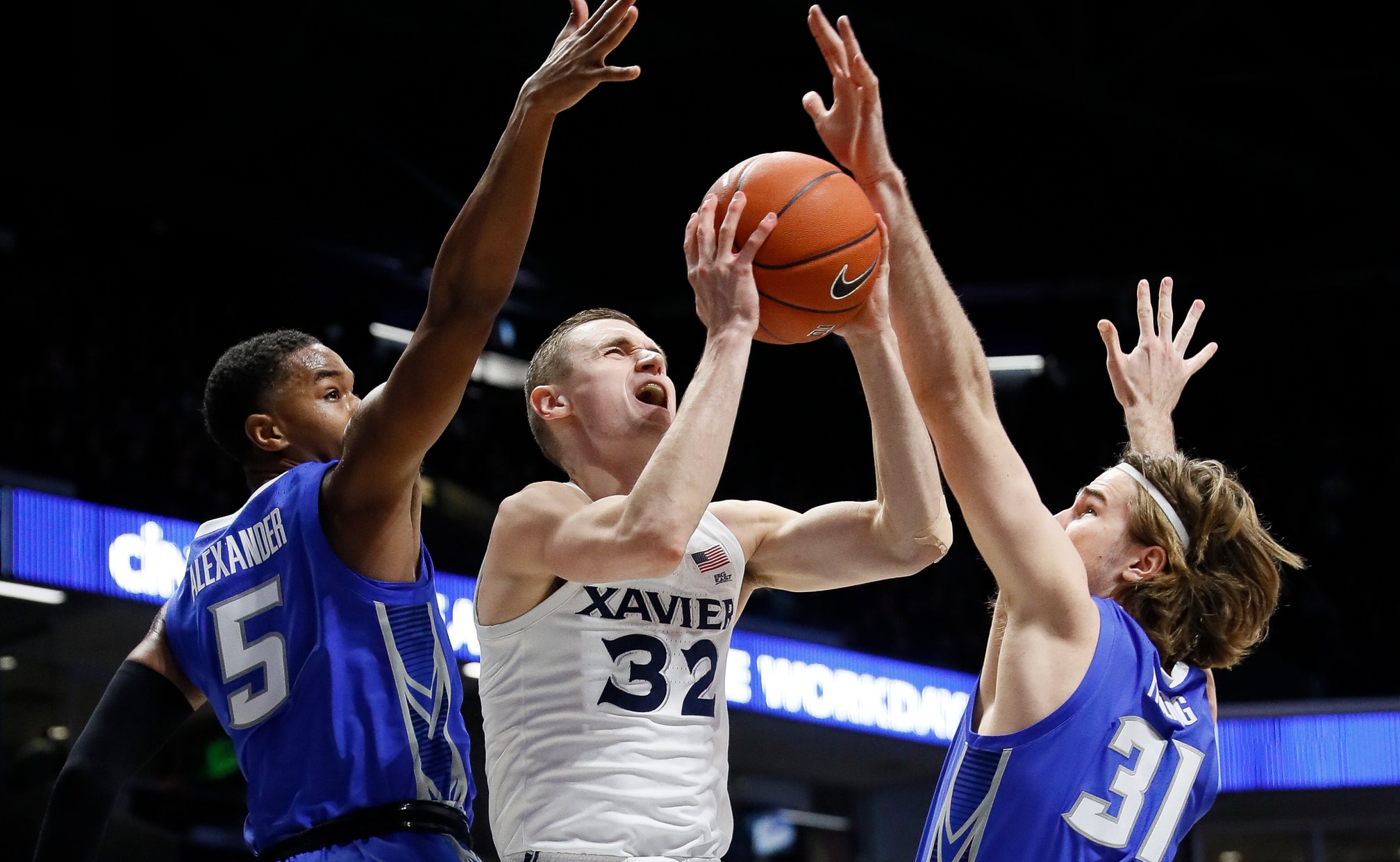 Marshall made a pair of 3s as Xavier rallied to tie it in regulation and added two more baskets in overtime Wednesday, sending the Musketeers to a 64-61 victory over Creighton that ended their six-game losing streak. For a month, they'd been trying to explain how they let games get away.

"It's really fun not to do that," Marshall said.

Marshall finished with 23 point, including a career-high five 3s, in a matchup of the Big East's bottom teams. His four big shots at the end made the difference against a team that won by 22 points at Creighton only 10 days earlier.

"Marshall was pretty good tonight, and he didn't have that kind of game at our place," Creighton coach Greg McDermott said.

The sophomore forward led them out of their slump.

"We made a foolish turnover on an inbound situation," McDermott said.

In overtime, Marshall hit a pair of jumpers that put Xavier up 64-61 with 23 seconds left. Davion Mintz missed a pair of 3s in the closing seconds, leaving Creighton (13-12, 4-8) with its fourth loss in five games. Martin Krampelj led the Bluejays with 18 points.

"It feels pretty good to get a win," Marshall said. "Now that we've got a win, we've got to get another one."

Xavier dominated inside while taking a 36-30 halftime lead. Tyrique Jones had 10 points, and the Musketeers scored 20 of their first 26 points in the paint.

The Musketeers missed their first six shots to start the second half and had a pair of turnovers. Ty-Shon Alexander's 3-pointer put Creighton up 42-41. There were four ties and four lead changes as it went to overtime.

Creighton: The Bluejays came in fifth nationally with 11.1 3-pointers per game, but couldn't get enough of them, especially at the end. They went 7 of 15 from beyond the arc in their 22-point win over Xavier earlier this month, but were only 9 of 29 in the rematch.

Xavier: Another loss would have put the Musketeers in rare territory. They've dropped seven straight games within a season only eight times in their history. The school record is 13 straight losses in 1972-73.

Ty-Shon Alexander has made a 3 in all 24 games this season, extending his streak to 28 games. It's the longest active streak in the Big East and three shy of the Creighton record set by Booker Woodfox in 2008-09.

Creighton came in fourth nationally in 3-point shooting percentage and fifth with 11.1 3s per game. Xavier was last in the Big East in 3-point defense.

Xavier plays at Providence on Saturday. Providence won at the Cintas Center 64-62 on Jan. 23.