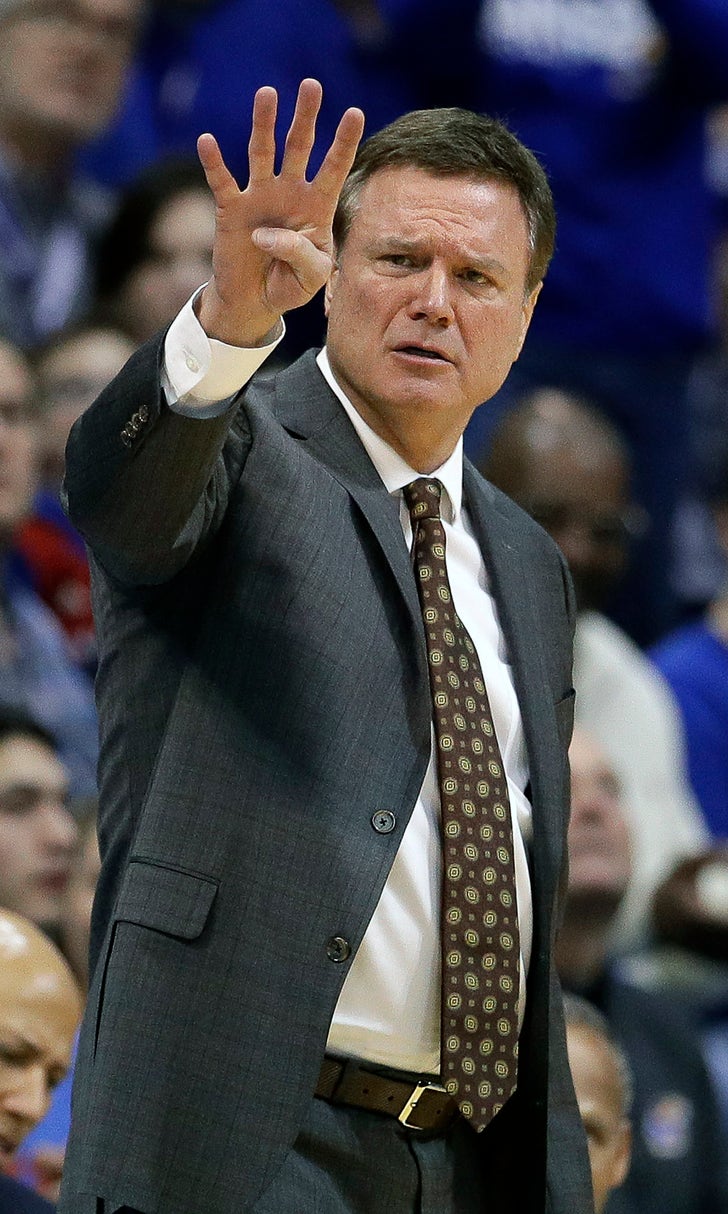 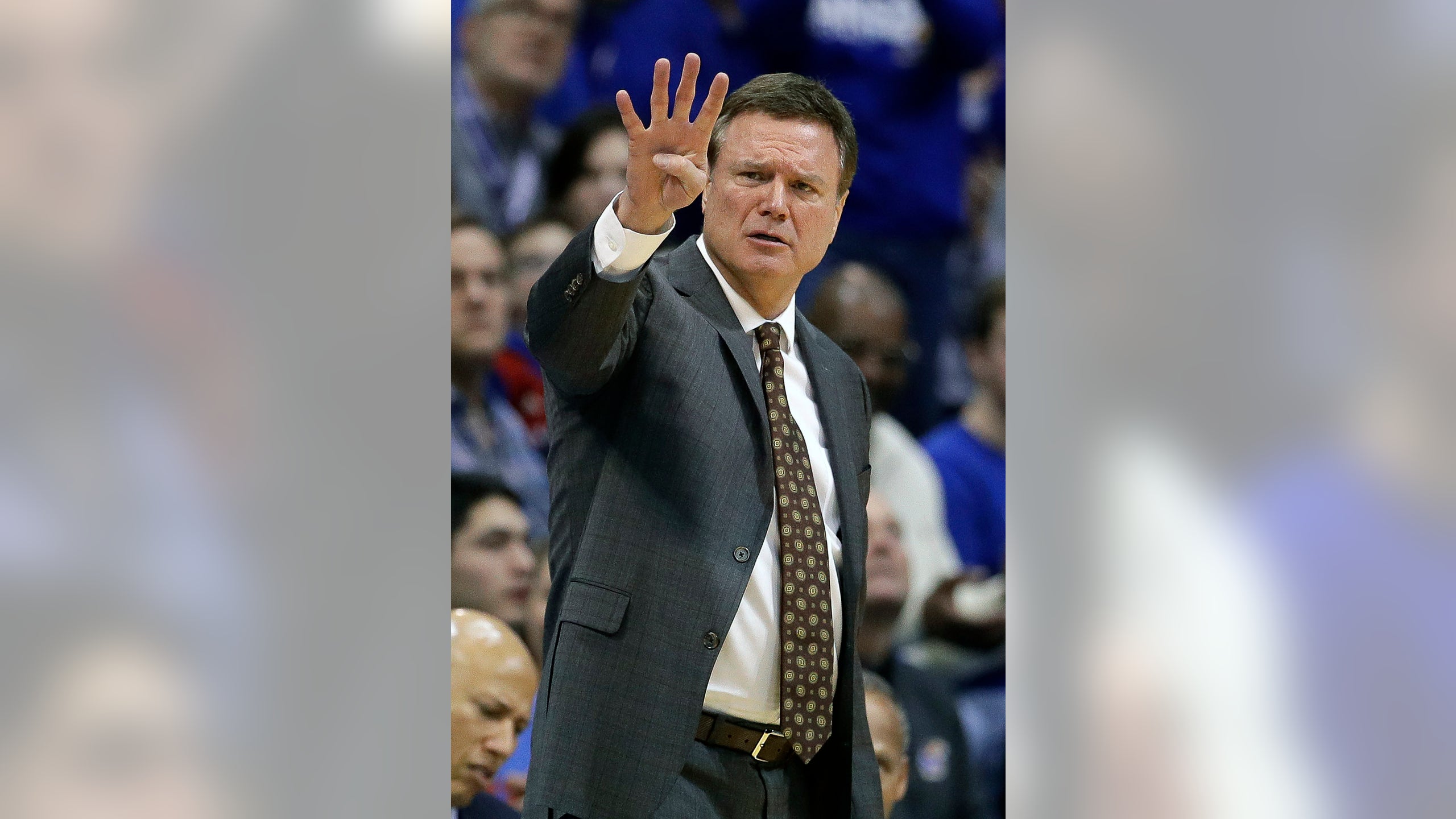 LAWRENCE, Kan. (AP) — Take the eight players combined that West Virginia and Kansas currently have sitting on the bench — or at home — and you'd have a team capable of winning the Big 12 title this season.

Might even have a team capable of winning the NCAA title.

You'd have a bruising 7-footer in Udoka Azubuike and shot-blocking extraordinaire in Sagaba Konate. You'd have strong forwards in Wesley Harris and Silvio De Sousa. Marcus Garrett would provide a lockdown defender, Esa Ahmad some experience, and Beetle Bolden and Lagerald Vick would handle the rock.

That's an eight-man rotation that was piling up an average of nearly 82 points per game this season, one that could rebound and defend and provide the intangibles as well as anyone.

No wonder Bob Huggins and Bill Self have been stressed out lately.

The Mountaineers were already without Konate, who has been dealing with a knee injury the past 15 games, and Bolden, out the past four with an ankle injury. But it was just this week that Huggins kicked Harris and Ahmad out of the program for violating team rules, leaving him with a vastly different roster than he anticipated as West Virginia heads to Allen Fieldhouse to face the Jayhawks on Saturday.

"It's completely different," he acknowledged. "We've lost the guys who have really been the leaders, so those other guys are going to have to step up."

Things appeared to reach a nadir for the Mountaineers last weekend when they were run out of their own building in a 75-53 loss to Texas. But the discord reached another level when Harris and Ahmad, their lone senior, were sent packing. Huggins refused to discuss the specifics during the Big 12's weekly teleconference, but he did say that practice has been better this week — that those left have showed some newfound resolve.

"It's hard to make drastic changes on a couple days of practice. We'll just have other people step up and do what those guys did," he said. "Practice has been good. Enthusiastic."

Perhaps surprisingly, Self also said this week that practice has been better of late.

The Jayhawks have been without De Sousa all season, though only recently did the NCAA confirm his ineligibility due to impermissible benefits. Azubuike has been gone for a couple weeks after the big man needed surgery for a hand injury. Garrett is still recovering from a high ankle sprain.

Vick is on indefinite leave to deal with personal issues, and several people close to the program speculated this week that the senior guard may not return at all.

Yet the No. 14 Jayhawks (19-6, 18-4) have managed to avoid the same freefall that has brought down West Virginia (10-14, 2-9) this season. They held serve at home against Oklahoma State, picked up a key road win at TCU and have kept alive their hopes of a 15th consecutive conference title.

Most coaches would hardly call it "fun" to adapt to life without two projected starters and two crucial bench players.

"I think the last week or so has been a lot of fun to be honest with you," Self explained, "just kind of tinkering and seeing guys develop right before your eyes."

One big reason Kansas has weathered the roster change has been Ochai Agbaji, who was expected to redshirt this season. Self decided to pull the redshirt in January, shortly after Azubuike went down, and the under-recruited freshman has blossomed into one of the Jayhawks' best players. He's had at least 20 points in three of his last five games, and two double-doubles over the same stretch.

So yes, West Virginia and Kansas will look much different Saturday than Huggins and Self envisioned when the season began. But Huggins almost chuckled when asked about the Jayhawks' troubles, and Self was not going to buy the fact that the Mountaineers are in turmoil.

"He'll have them ready," Self said. "They were going through some crap and ... there were so many changes in their roster, sometimes those are hard to come back from in a short amount time, but usually when you have some time to practice and do some things, sometimes those things can become advantages for you, too, to make the team closer."