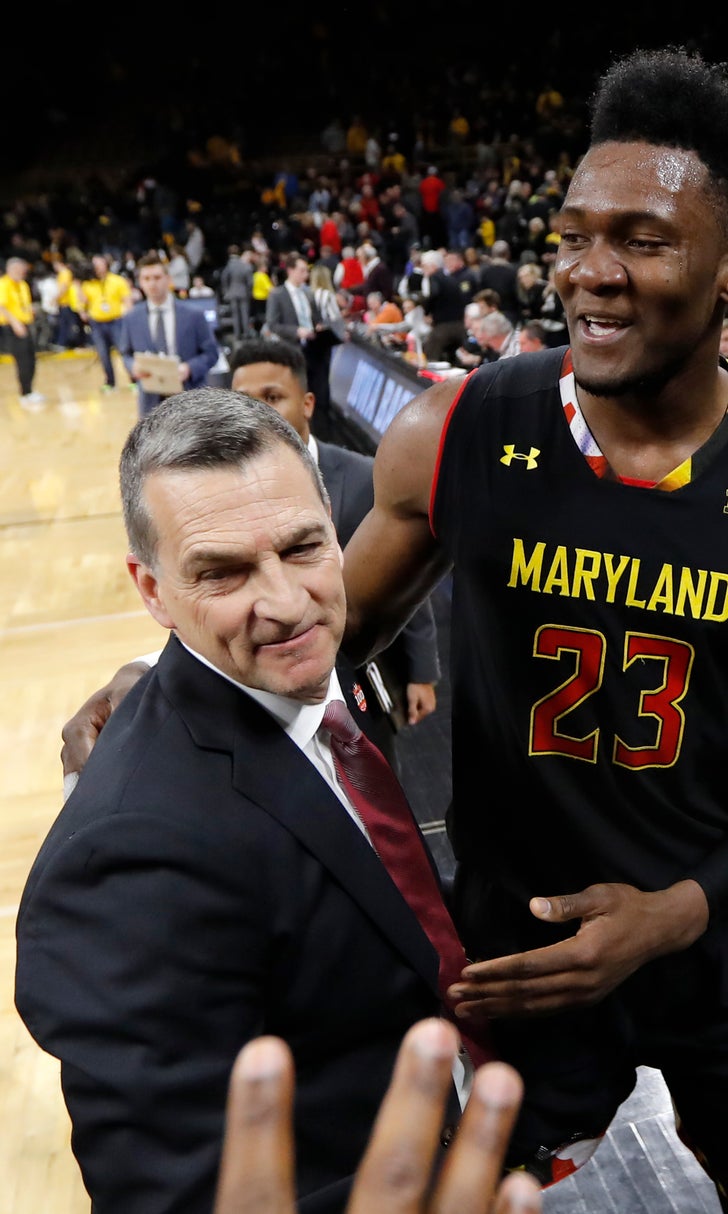 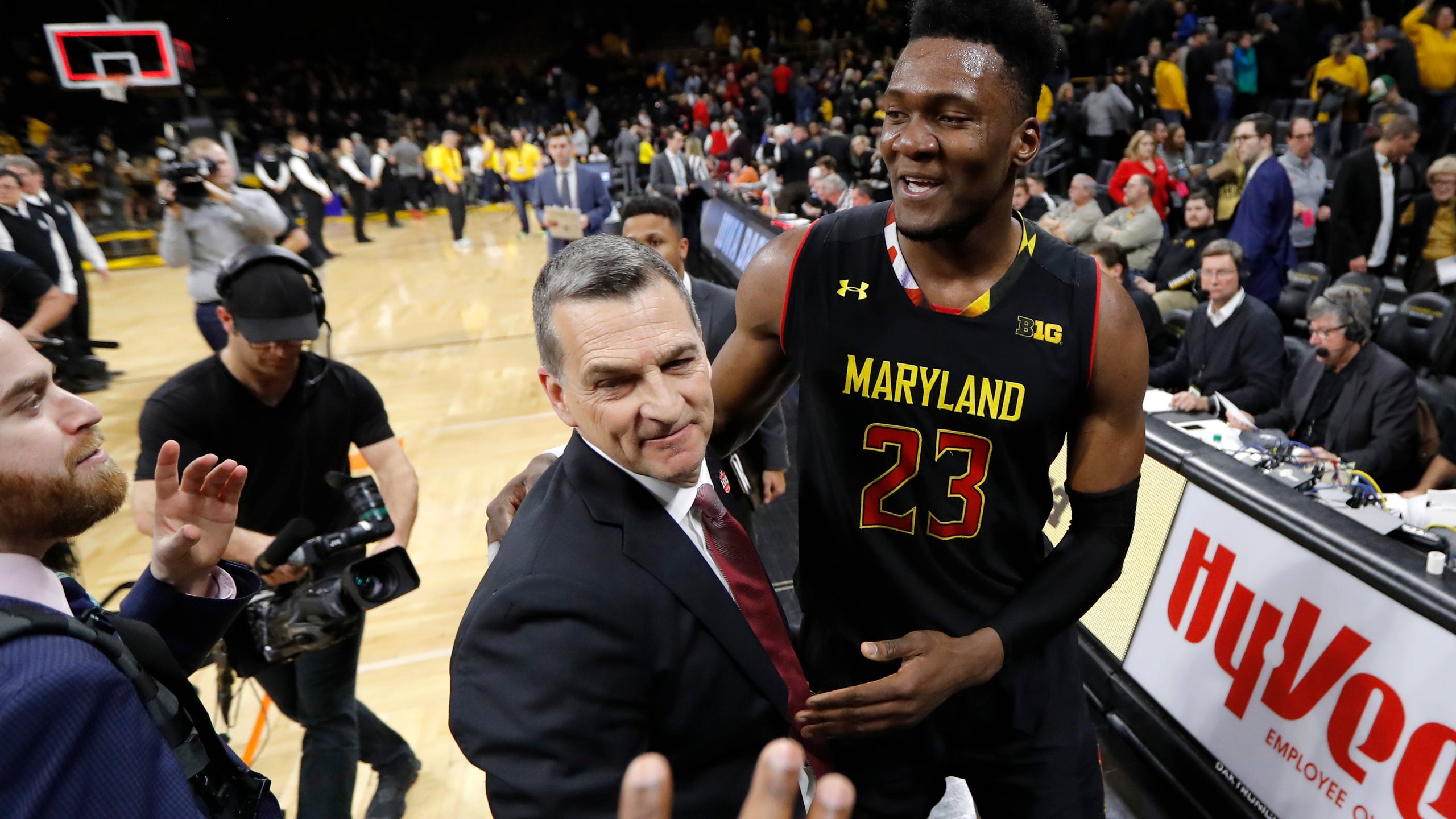 previous story
Chatting on the bases is good-natured, a learning experience
next story
Penguins avoid being swept by Devils, beat New Jersey 4-3

Fernando’s putback lifts No. 24 Maryland over No. 21 Iowa

The No. 24 Terrapins were ready in the final 7.8 seconds, and they turned the No. 21 Hawkeyes away from a third-straight buzzer beater with a 66-65 victory on Tuesday night.

"The kid's made some incredible shots," Turgeon said. "I just hoped the luck ran out — well, I wouldn't say it's luck, he's a big-time shooter. I think Anthony (Cowan) got a finger on it on the way up.

"It bounced our way tonight."

Bruno Fernando scored 11 points for Maryland (20-7, 11-5 Big Ten), the last two of which came on a putback with 7.8 seconds to go that gave the Terrapins their winning margin.

Maryland gave up an 11-point lead over the final four minutes, but held on against an Iowa team that had won its last two games via buzzer-beater and had two looks at the basket in the final seven seconds. The Terrapins got 17 points from Anthony Cowan, who shot 5 of 10 from 3-point range and had eight rebounds. Eric Ayala added 11 points and Fernando had 11 rebounds.

Despite Iowa's furious comeback effort, which included Bohannon being fouled on a 3-pointer, Turgeon was happy with how his team responded to Iowa's getting back in the game.

"They shoot five free throws, we've had the ball for 20 seconds and there was still 3:57 to go and it's a two-point game," Turgeon said. "It was crazy how fast we lost it. But my guys were tough tonight.

"Iowa missed about seven wide-open 3s for us. And we started to make shots. We got ourselves going and got our defense going."

Hawkeyes head coach Fran McCaffery couldn't pinpoint a major difference in a reason for this outcome being different than the previous pair, other than the final possession was emblematic of the entire game.

"It was kind of the whole game," McCaffery said. "Shots by good shooters weren't going in. There was a lot (of options at the end). I think (Bohannon) felt like he was free enough to pull. He wants to be the guy shooting it in that situation."

Iowa: The Hawkeyes couldn't make another miracle, and finally were bit by inconsistent play they were able to overcome previously. Iowa held Maryland without a field goal for nearly six minutes to open the game, but allowed the Terrapins to shoot nearly 52 percent in the second half.

Maryland: The Terrapins had 10 offensive rebounds, including the big one by Fernando. Maryland also forced 17 Iowa turnovers and scored 20 points off those turnovers.

Iowa: The Hawkeyes dipped slightly last week after narrow wins, but a loss to a ranked team shouldn't be the biggest indictment.

Maryland: A road win against a ranked team should boost the Terrapins next Sunday, provided Turgeon's team holds serve at home against Ohio State.