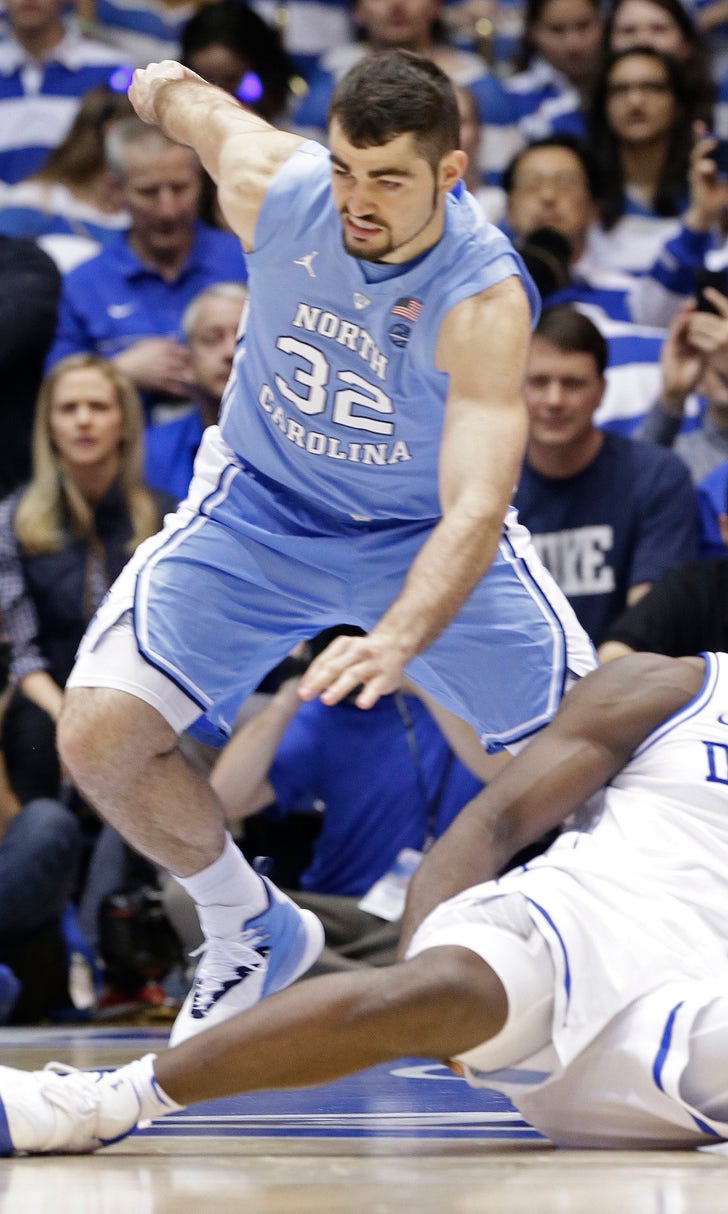 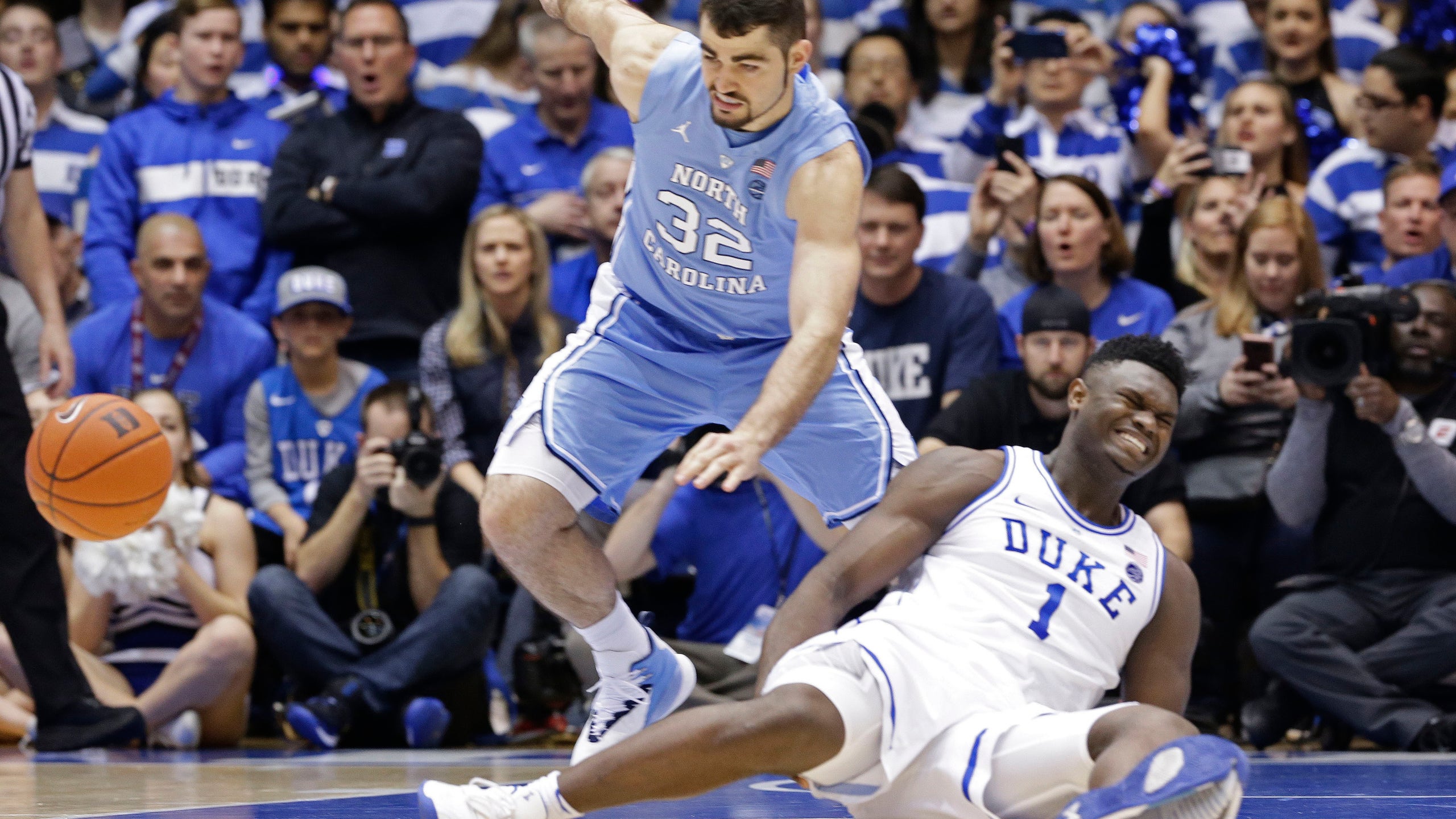 Duke star Williamson limps off after shoe appears to break

DURHAM, N.C. (AP) — Freshman sensation Zion Williamson was knocked out of the North Carolina-Duke rivalry game with a knee sprain after his Nike shoe blew out during the top-ranked Blue Devils' opening possession Wednesday night.

While describing the sprain as mild and the knee as stable, coach Mike Krzyzewski said he doesn't know how much time Williamson will miss.

Williamson grabbed his right knee in pain after slipping awkwardly and falling when his left shoe fell apart as he planted hard while dribbling near the free throw line. The blue rubber sole ripped loose from the white shoe from the heel to the toes along the outside edge, with Williamson's foot coming all the way through the large gap.

Nike said in a statement that it was "concerned" and wished Williamson a speedy recovery. It said it was "working to identify the issue."

Williamson, the ACC's second-leading scorer at 22.4 points per game and arguably the most exciting player in college basketball, walked off with a slight limp but under his own power before heading back to the locker room with no shoes on his feet.

No. 8 North Carolina took advantage of Williamson's absence to beat the Blue Devils 88-72.

Duke is four years into a 12-year deal with Nike as the exclusive supplier of uniforms, shoes and apparel. The private school didn't disclose terms of the 2015 contract extension.

Nike has had an exclusive deal with the university since 1992.