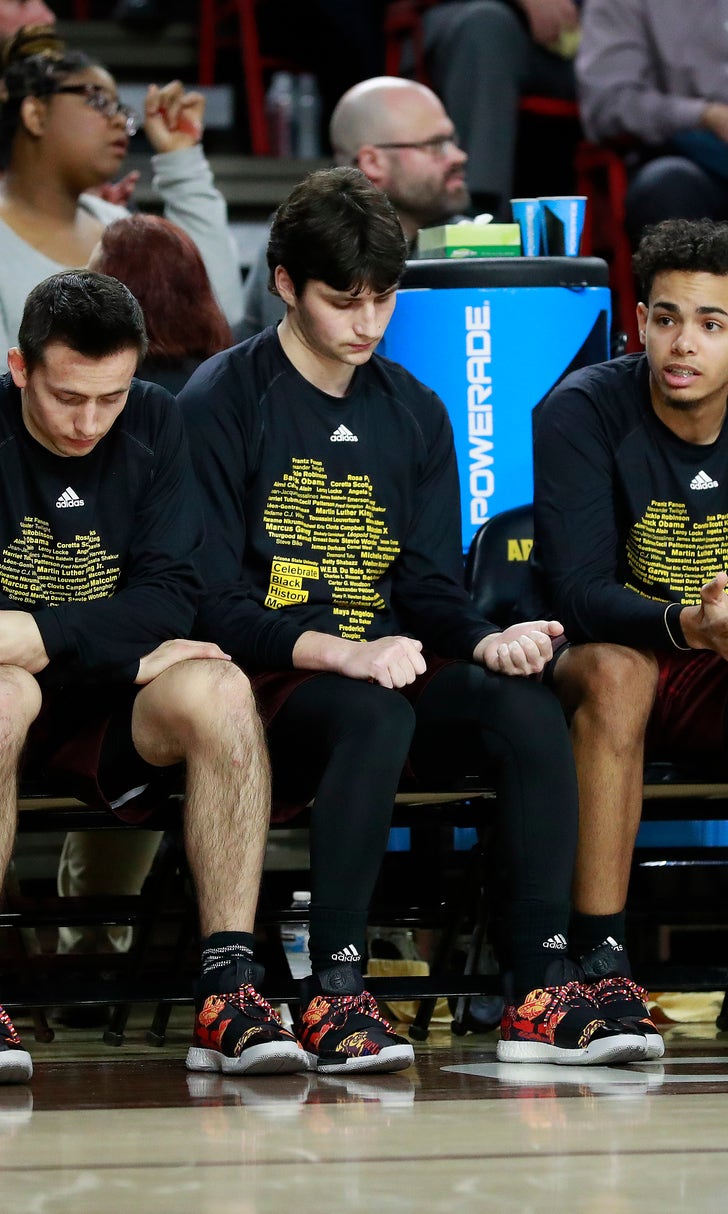 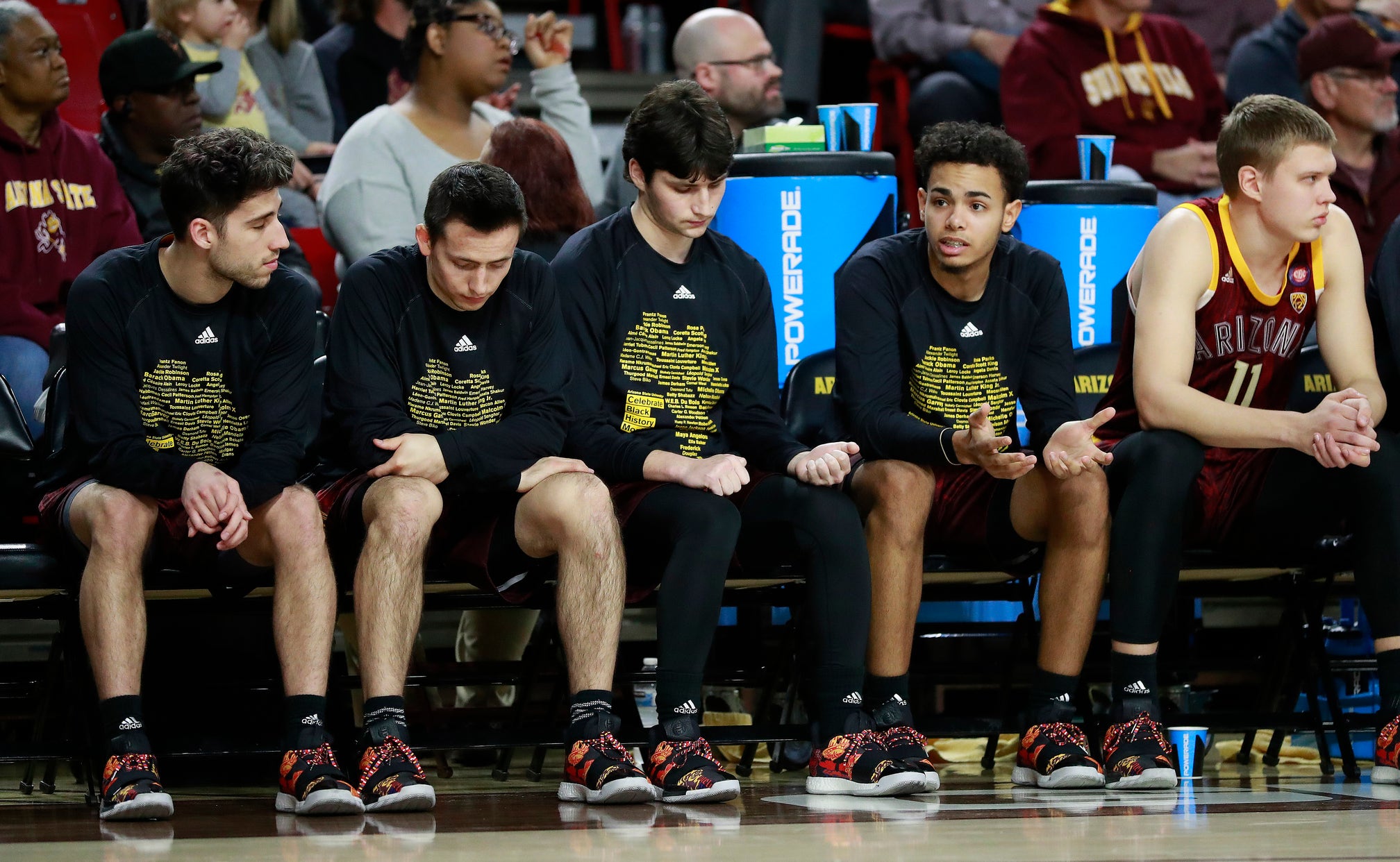 Decision when to empty the bench not an easy one

TEMPE, Ariz. (AP) — The score climbs as the clock ticks down. Many fans have started to leave or are already gone. The regulars start to come off the floor, sometimes individually, sometimes as a group after their day's work is done.

At the end of the bench, a group of players sit at the edge of their seats, anticipating an opportunity to enter a game that's long been decided. Those precious seconds at the end of a game are their chance to play after all those long hours of practice.

The wait can seem like an eternity for the walk-ons.

"It's usually around two minutes left when you know, OK, game is out of hand, we might have a shot to get in here," said Arizona State junior walk-on Grant Fogerty. "You see the score, you see the time and you hope coach comes to get you."

The problem for walk-ons: most coaches don't take out their rotation players until there's about a minute left in the game, no matter the score.

Whether it's fear of a massive comeback, wanting starters to finish off a complete game or trying to keep their team's efficiency rating up, coaches find it hard to pull that take-out-your-starters trigger.

Typically, there's no set plan for removing the starters, no specific threshold to reach. It's almost always done by feel, occasionally predicated on what the opposing coach does.

"I kind of play it by ear," Arizona State coach Bobby Hurley said. "Some of it is, has the other coach taken out his top players? If I notice that right away, I'll immediately want to put in some of my reserve players."

Hurley had a chance to pull his starters in the Sun Devils' Jan. 19 game at Oregon.

Tied at halftime, Arizona State went on a 19-0 run to take a 19-point lead with four minutes left. The lead was 13 with two minutes left, 15 with a minute left, yet the walk-ons remained on the bench until the final buzzer of the Sun Devils' 78-64 win.

"We kind of talked about playing 40 minutes and I felt like we were right there to play 40 minutes," Hurley said. "I just wanted the guys who were out there to just finish the game."

Tennessee coach Rick Barnes probably could have pulled his starters right after halftime in a Jan. 5 win over Georgia.

The Vols had a 32-point halftime lead and stretched it to a whopping 49 points with seven minutes left. Even with the score so lopsided, Barnes was reluctant to take out his starters, waiting until the 1:37 mark to fully empty his bench. Tennessee led by 44 at the time and won 96-50.

Barnes mentioned a game the week prior, when UCLA pulled off an epic comeback against Oregon, rallying from eight points down with 45 seconds left in overtime to win 87-84 in overtime.

"I've seen too much in my lifetime," Barnes said. "As a coach, I'm telling you, you never feel good until you know it's over."

The NCAA's new evaluation tool, the NET rankings, also plays a factor in when coaches empty the bench.

The rankings cap victory margin at 10 points, but there is no limit on offensive and defensive efficiency. So while running up the score will do no good for margin of victory component past 10 points, it certainly could help efficiency-wise. That's why coaches have been calling what seem like unusual timeouts late in games that are all but decided and keeping their starters in longer during blowouts.

"Decimal points, maybe it does matter because we don't know the formula," Virginia Tech coach Buzz Williams. "Some of the smart people are hinting that it does matter."

Sometimes it comes down to where to spread those extra minutes.

The starters and key reserves typically get the same minutes every game. The players further down the bench, deeper in the rotation, may not get regular minutes. At times, those players are going to be counted in key situations; an injury to a key player, foul trouble, playing in the grind of the conference tournament. For a player who may get two or three minutes a game regularly, playing an extra four or five, even in a blowout, can make a difference.

"I've told our guys up through 10 or 11, you're going to be the game at important times for us, so I do feel like I'm going to get them a few more minutes than some other guys do," North Carolina coach Roy Williams said. "At the same time, those walk-on guys, I probably give them a few more minutes than other guys do. It's just about development with the guys I'm going to need."

That leaves walk-ons like Fogerty waiting at the end of the bench for what feels like an eternity. His primary role is to run the scout team in practice, show the starters the upcoming opponents' plays, provide encouragement and enthusiasm.

The reward for all that work is a chance to play in a game and their teammates go wild when they do get in, particularly if they score or make a defensive stop.

"If I get in, if I don't, it's not that big of a deal to me," said Fogerty, who scored his first career basket at Stanford on Jan. 12. "Of course I want to play, but as long as we win, that's all that matters to me."