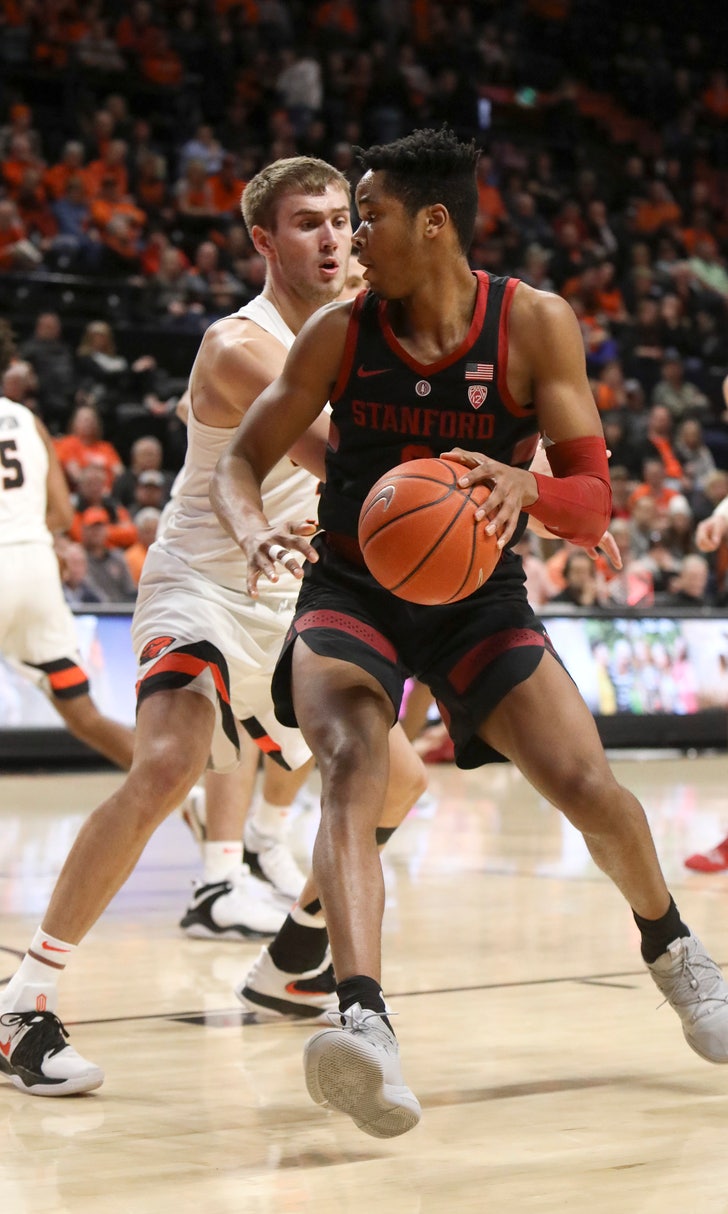 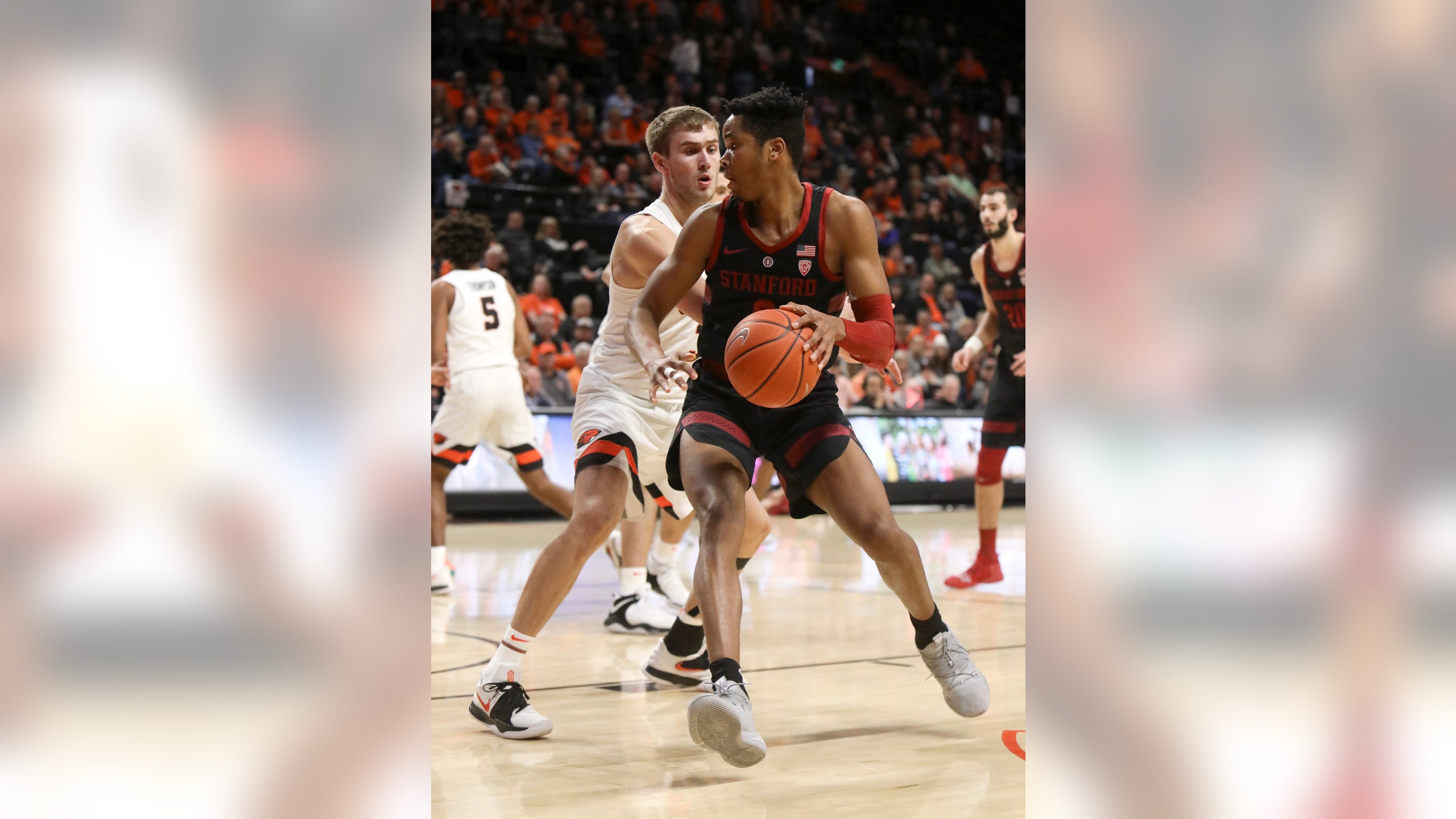 CORVALLIS, Ore. (AP) — A key component of Stanford's game plan was to come out confident and attack the basket, Oscar da Silva said.

"I tried to be aggressive right from the get-go. I tried to take it at their bigs, get into their zone from the high post, and that worked really well," da Silva said.

The sophomore guard tied a career-high with 23 points and had nine rebounds and a career-high seven assists as Stanford handled Oregon State 83-60 on Thursday night.

Josh Sharma added 20 points and eight rebounds and Daejon Davis had 11 points with three 3-pointers for the Cardinal (12-10, 5-5), who have won four of their last five.

"We're growing up. Slowly but surely," said Stanford coach Jerod Haase, whose shirt was soaked from a postgame celebration. "Overall, we're trending the right way. The guys are playing hard, they're playing together, and they believe in what we're doing,"

"The guys played well and I allow them to throw a lot of water on me when they do that."

"Disappointing loss. Disappointing effort. We all need to take blame for it. We had a great opportunity tonight and Stanford came in and did a woodshed job on us," Oregon State coach Wayne Tinkle said.

Stanford shot 54 percent, including 8 for 15 on 3-pointers, compared to 38 percent and 1 for 12 from long range for Oregon State.

The Cardinal also outrebounded the Beavers 41-26.

Both teams struggled on offense at times in the second half, with Oregon State going more than eight minutes without a field goal.

Stanford: Davis, the team's starting point guard, left the game early in the second half and did not return after suffering an apparent injury during a head-to-head collision with an Oregon State player. He played only 13 minutes. . Sharma came into the game leading the Pac-12 in field goal percentage at 66.4 percent. He shot 8 for 10 on the night, as well as 4 for 5 on free throws.

Oregon State: The Beavers could have put themselves in sole possession of second place in the Pac-12 with a win. . Oregon State entered the game leading the Pac-12 in field goal percentage at 47 percent.

HEAD OF THE SNAKE

Details about Davis' injury weren't available immediately after the game, but Haase hoped he would play Sunday against Oregon. Da Silva said Davis' absence provided a lesson for the team. "Even without Daejon, the head of the snake, we can play a solid half of basketball," he added.

Haase said da Silva had a chemistry midterm after the team arrived late Wednesday night, then took a biology midterm Thursday morning. "I've already contacted his professors, and we're going to find out more ways to get him midterms before the Oregon game, as well," Haase quipped.

Oregon State was coming off its first road sweep in a decade, over the mountain schools, so the poor performance against Stanford was a total surprise to Tinkle. "I don't know if we got a little too giddy after that road trip. I know the coaching staff didn't. The last thing we said in the locker room after the Utah win was how we have to stay hungry," he said.

Stanford: At Oregon on Sunday.

A Case of the Blues
On Monday, the three most famous blue blood programs – Duke, UNC and Kentucky – made history for all the wrong reasons.
13 mins ago