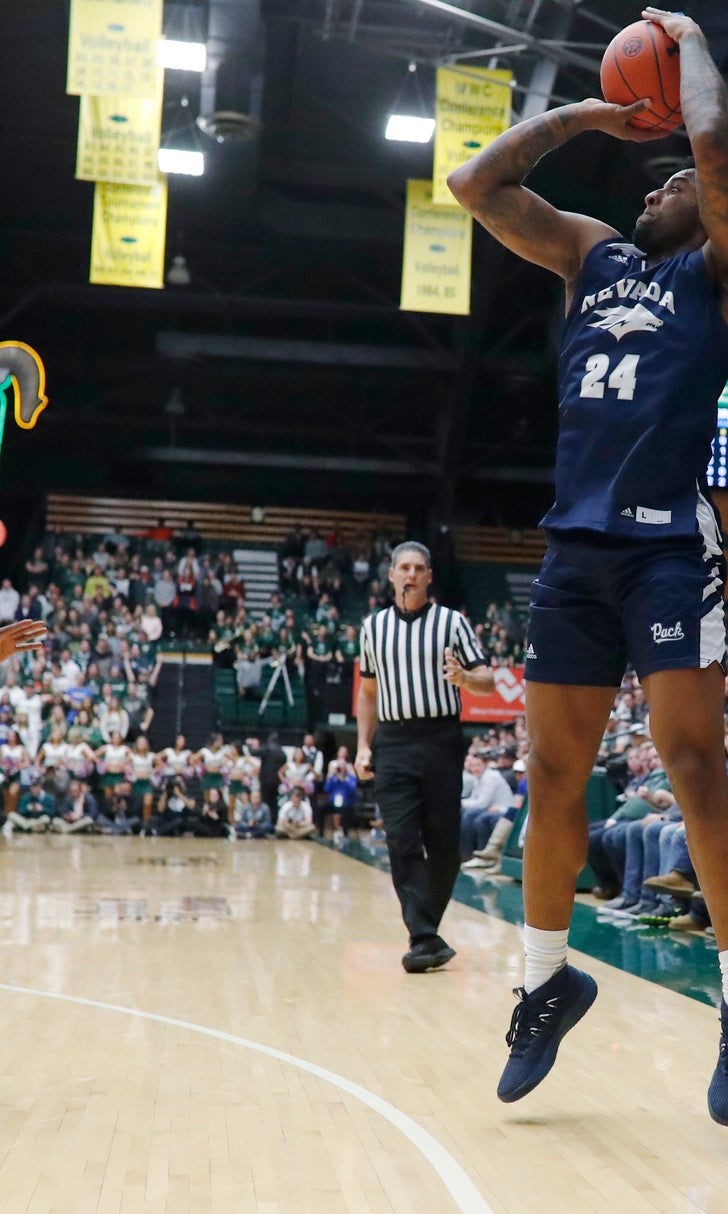 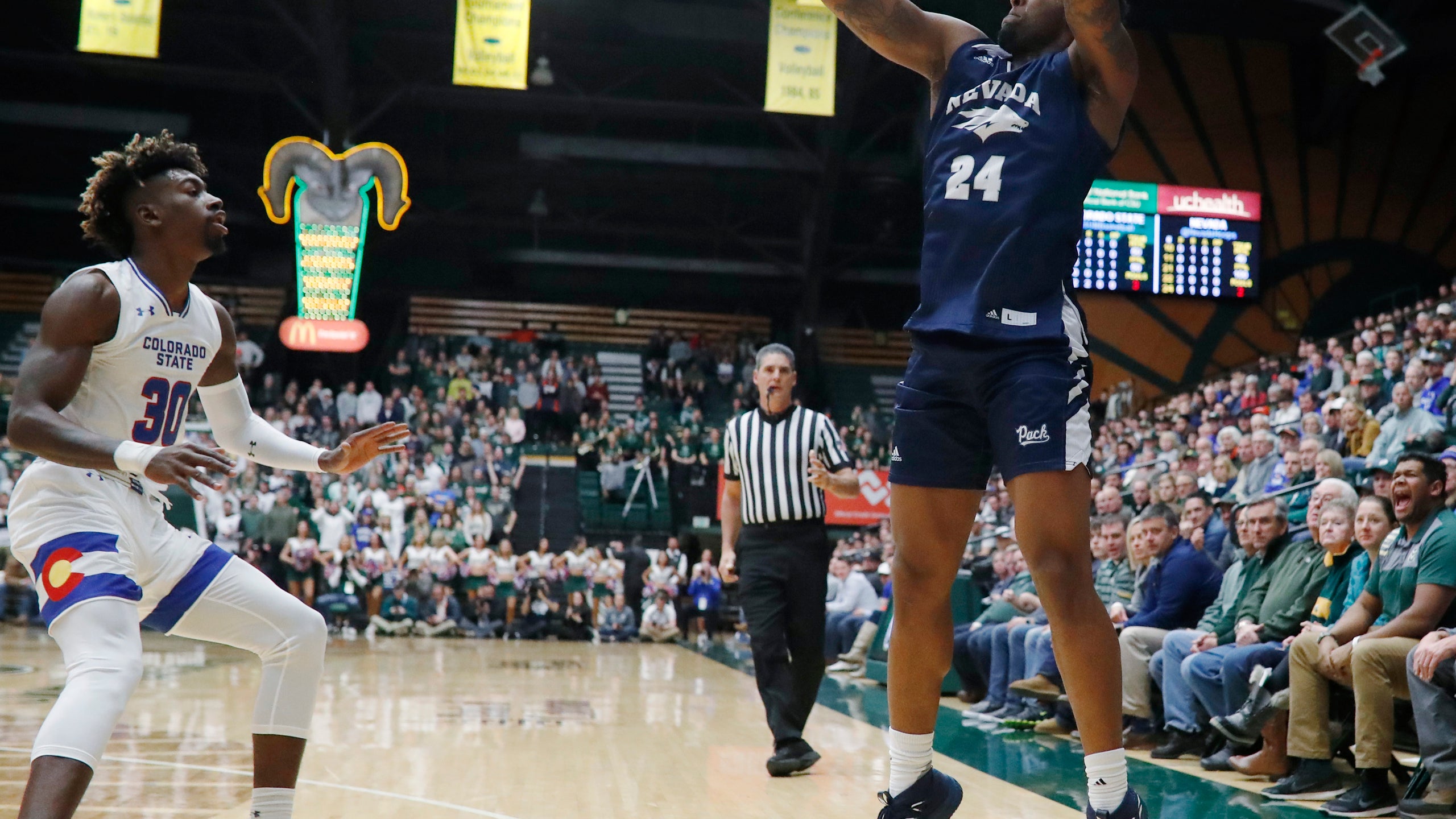 Caroline scored 30 of his season-high 40 points in the first half and No. 6 Nevada beat Colorado State 98-82 on Wednesday night for its eighth straight win.

Caroline finished five points shy of his career high set Jan. 7, 2017, at New Mexico, the only team to beat the Wolf Pack this season. He added 12 rebounds for his 14th double-double of the season, and his 41 career double-doubles are the most in Mountain West Conference history, breaking a tie with Kawhi Leonard and Andrew Bogut.

"That's pretty good company," Wolf Pack coach Eric Musselman said. "Once he got rolling, there was no stopping him."

"It's a tough team, it's a rivalry game and they got us by 30 (the first time), so we feel like we've got something to avenge," Caroline said.

"I told our guys I thought this game was here for us," Colorado State coach Niko Medved said. "They're very talented, they've got guys that can make plays, but we fractured a little bit defensively. Our transition defense was poor."

Caroline was 11-of-19 shooting on the night. He hit his first six 3-pointers and had as many points as the Rams (20) midway through the first half. He was 9-of-11 shooting overall and added six rebounds in the first 20 minutes.

"I just got hot," Caroline said. "I tried to take the shots I like and take shots to stay in rhythm. I didn't want our offense to get out of rhythm."

"Jordan Caroline, I hope I never have to see that guy again," Medved said. "He is something. He is just a monster. It's a brutal matchup, not just for us but for anyone, but especially for us right now. When he's shooting the ball from 3 like that, it's really hard to find answers."

Carvacho had 14 points and eight rebounds at the half, and his teammates picked up some of the slack after the break. The Rams trailed by 17 at one point but cut it to five on Adam Thistlewood's 3-pointer and to three on Carvacho's layup with 12:45 left.

Martin's two free throws midway through the second half made it 76-66, but the Rams cut it to seven with 3:59 left. Caroline hit five free throws in the final 3:32 to help put it away.

Nevada scored 11 straight points from the line before Martin's dunk. Jazz Johnson, who had 15 points for the Wolf Pack, hit four after Hyron Edwards was hit with a technical.

"I don't think the final score is at all indicative of the game," Medved said. "It's unfortunate at the end with some free throws and some things."

Nevada: The Wolf Pack might have been guilty of looking ahead to the rematch with New Mexico. But Nevada withstood the Rams' rally in the first eight minutes of the second half to go into Saturday's game with its winning streak intact.