previous story
What’s Next For Giannis & The Bucks?
next story
Clippers Claw Their Way To 3-1 Lead
College Baseball

The NCAA dismissed the ACC men's basketball coaches proprosal for an expanded 2021 NCAA tournament that would include all 346 Division I teams.

Dan Gavitt, the NCAA senior vice president of men's basketball, issued a statement on Thursday, saying that the organization is not planning to expand the field.

Duke head coach Mike Krzyzewski led the creation of the proposal, and all 15 ACC coaches unanimously voted in support of an all-inclusive tournament on Wednesday.

The push comes in response to the potential of a conference-only for the upcoming season amid the coronavirus pandemic.

Krzyzewski released a statement on the proposal.

Wake Forest coach Steve Forbes followed with his own statement on Twitter.

FOX Sports college basketball analyst Andy Katz was skeptical on the idea but did credit ACC coaches for attempting to create an opportunity for college players. 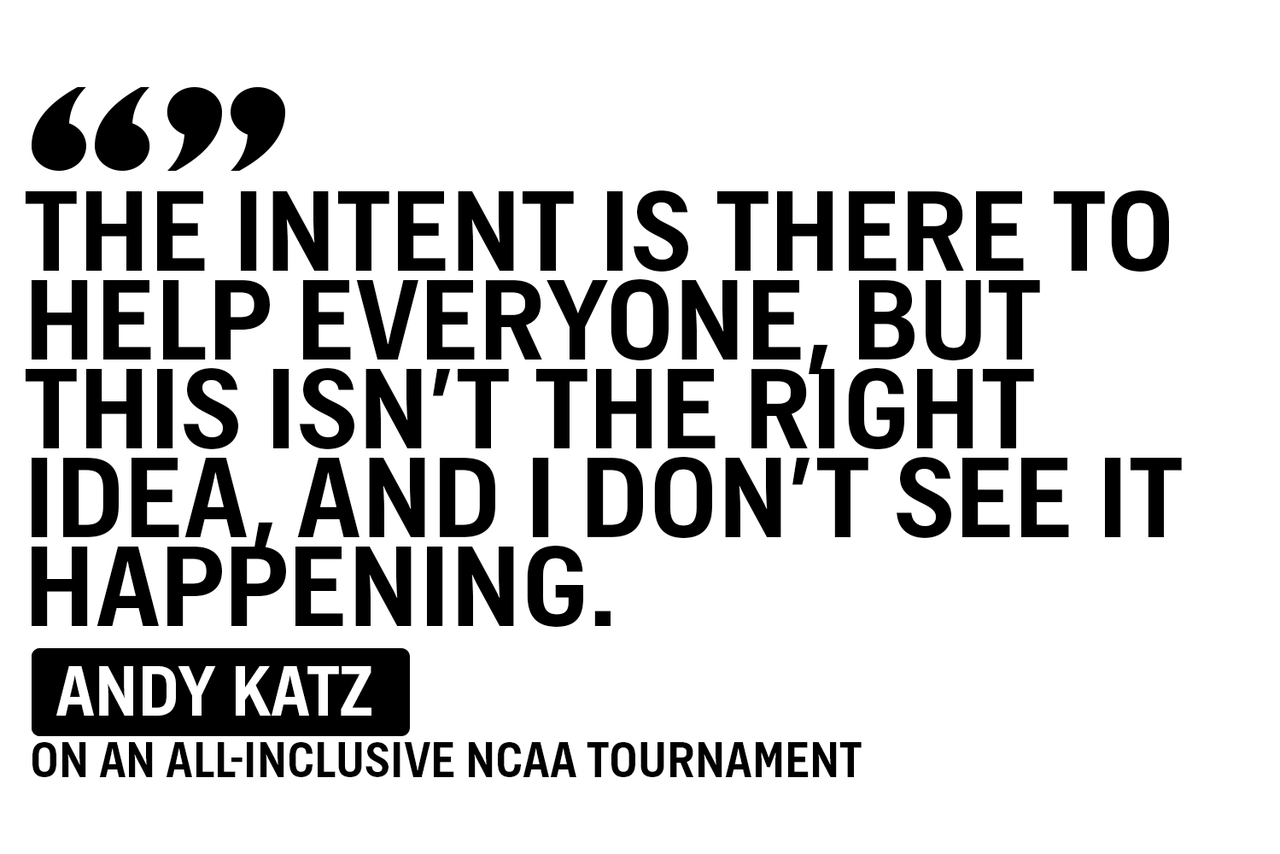 "The NCAA tournament is about merit. You earn your way in. It is not a participation trophy. Second point – what you do for the men, you have to do for the women. To have that many D1 men’s teams and women’s teams would not be endorsed certainly during a pandemic ... No. 3, by doing that you would devalue the regular season."

The NCAA is exploring the idea of various NBA-style "bubble" proposals with possibly fewer teams than the typical 68-school format.

"Starting with 64 teams is tough. Thirty-two, OK, maybe that's a manageable number. Sixteen, certainly manageable. But you've got to figure out those logistics. There's doubtlessly ways to make that work."

The college basketball season was slated to start on Nov. 5, but the men's and women's oversight committee voted in favor of a Nov. 25 start. That proposal will move to the Division I Council, which will meet on Sept. 16 to discuss the upcoming season.

Get more from College Baseball Add to your favorites to get information about games, news and more.
in this topic

Louisville Cardinals
share story
those were the latest stories
Want to see more?
View All Stories
Fox Sports™ and © 2020 Fox Media LLC and Fox Sports Interactive Media, LLC. All rights reserved. Use of this website (including any and all parts and components) constitutes your acceptance of these Terms of Use and Updated Privacy Policy. Advertising Choices. Do Not Sell my Personal Info