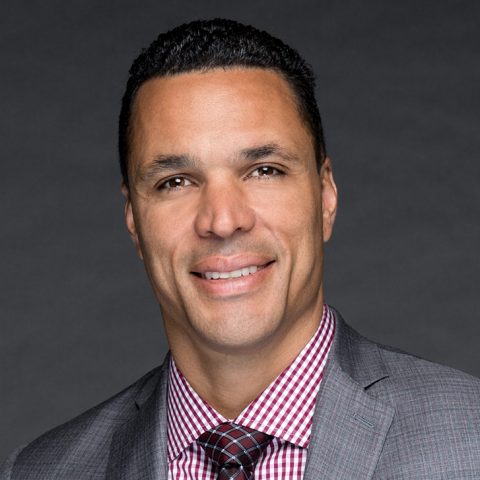 Last fall, Gonzalez joined FOX’s THURSDAY NIGHT FOOTBALL pregame show, which received a 2020 Sports Emmy Award nomination for “Outstanding Studio Show–Weekly,” alongside Michael Strahan, with a rotation of Howie Long and Terry Bradshaw. Gonzalez, a unique athlete, and the greatest tight end in NFL history, was inducted into the Pro Football Hall of Fame in 2019.

Gonzalez offers a fresh perspective and insightful analysis on FOX NFL KICKOFF, drawing on his 17-year NFL playing career, where he established himself as one of the greatest tight ends in history. Following retirement after the 2013 NFL season, Gonzalez took his talents to television, appearing as a regular studio analyst on “The NFL Today” (2014-16), and contributing to other NFL-related programming on CBS. Gonzalez’s career spanned 17 years in the NFL, 12 with Kansas City after being its first-round pick in 1997, and five with Atlanta before his retirement. He is the NFL’s all-time leader in touchdowns (111) and yards (15,127) by a tight end. Gonzalez also is the NFL’s all-time leader in consecutive starts (120) and Pro Bowl appearances (14) by a tight end and ranks second overall among all players in catches with 1,325 on his record. Known for his strength and durability, Gonzalez missed only two games during his 17-year career.

In September 2019, Gonzalez launched “Wide Open with Tony Gonzalez,” a podcast which has been ranked within the top 50 Health & Fitness podcasts on the Apple platform. The podcast is an unrestrained and raw look into how to embrace the revolutionary changes taking place in the world of health, mindset, wellness, family and more. Notable guests include Scooter Braun, Jessica Alba, Strahan, Gary Vaynerchuk and more. The podcast can be found on all major podcast platforms including Apple and Spotify.

Gonzalez attended the University of California, where he played football and basketball and majored in psychology. During his junior season, he recorded 46 receptions for 699 yards and five touchdowns, earning him first-team All-Pac 10 and first-team All-America honors. He also was a starter for the California basketball team that year, averaging 17.1 points and seven rebounds, and helped lead the team to the Sweet 16 in the NCAA Men’s Division I Basketball Championship.

Gonzalez’s philanthropic endeavors include a partnership with the Boys and Girls Clubs; Shadow Buddies, an organization that provides emotional support through education regarding illness, disability or medical treatments, as well as being named an ambassador for Scholars’ Hope, working with underserved children in Huntington Beach, Calif. He is very active in the health, wellness and fitness space. Gonzalez was an investor and trainer in the fitness app FITSTAR, which was acquired by Fitbit in March 2015. The “Sporting News” named Gonzalez the #1 NFL Good Guy in 2004. Additionally, he won a Presidential Volunteer Award for his work on the “Books and Buddies” project, which sought to promote understanding between teenagers and seniors. Gonzalez and his wife, October, reside in Los Angeles with their four children.