Michael Waltrip: Why it’s time to address the noise issue in NASCAR

Excuse me, please.  While it’s quiet, I would like to have everyone’s attention.  There is a roaring debate going on about noise and NASCAR. And since this has been my home for the past 30 years, it matters to me when fans are getting their information from the ill-informed.

Earlier this week, someone leaked a story to the Sports Business Journal that NASCAR wants to make the cars quiet. That is wrong, totally wrong. These cars cannot and will not ever be “quiet.”

When I was six years old, my grandma took me to Ellis Speedway to watch my brother race. For 30 minutes she explained to me what was about to happen. She covered everything, 10-lap heat races, 25-lap feature, rivals, racing, strategy and, oh yeah, trophies which were handed out by pretty trophy queens.

One thing my grandma could not fully explain to me was the sound. That magnificent thunderous sound of full throttle racing engines that echoed through the entire valley. I was hooked on everything, the cars, the speed, the magnificent sound … and the trophy queens. And for the past five decades, racing is all I think about.

That first moment you see those cars, smell that rubber burning and hear those roaring V8s, that’s when racing penetrates your skin and becomes a part of your DNA. That moment should and will NEVER go away.  But there is a big difference between an exhilarating moment in time versus four or five continuous hours of a wall of noise at decibel levels that far surpass comfort and teeter on just plain cruel.

For some time now, I’ve been engaged behind the scenes with industry leaders about the sound of our cars. When I was asked about what we could do to make the sport more enjoyable for the fans, I mentioned the noise. I had a friend who recently purchased an open air pit road suite at Charlotte Motor Speedway. All during the pre-race activities and during the driver introductions, he and his company’s guests were thrilled. Right on top of pit road. Right in the middle of the action. A beautiful scene. And when the command was given to start the engines, the anticipation went through the roof. His guests were screaming words like ‘incredible’, ‘amazing’ and ‘freakin’ awesome’! The newbies couldn’t wait until they dropped the green flag. Then, they could not wait until there was a break from the noise.

Anyone who knows me, the way I built my race shop, the way I engage on social media, the main reason why I am blessed to be TV Michael, is all because of how I can see the sport through the eyes of the fan. I am a fan. I have been a fan since Ellis Speedway and very few people can say they have been at a race track for 50 years. I can! 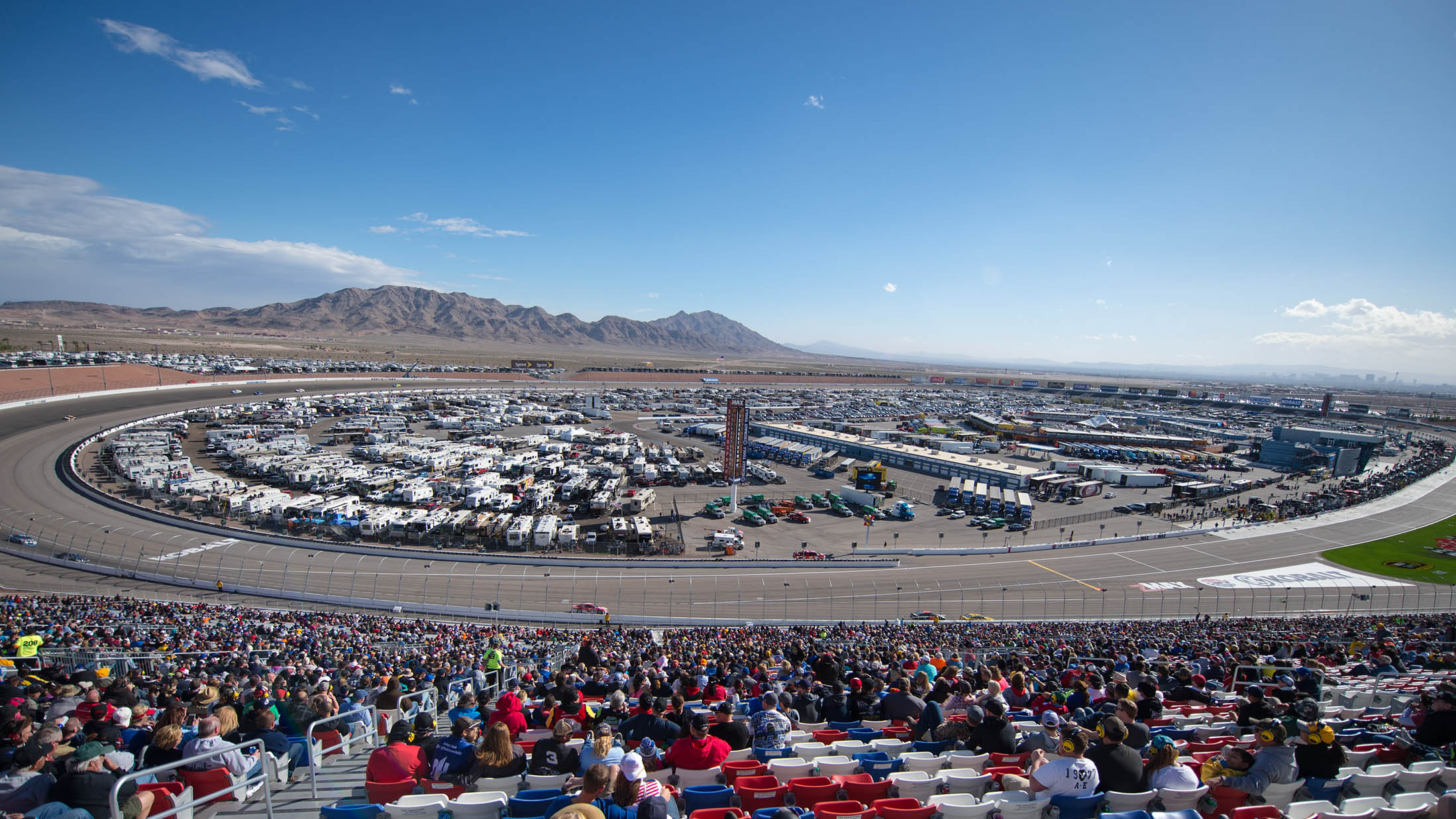 Recently there have been several reporters sound off about this topic. Crank ‘em up, they say. The noise makes our sport, they say. If you don’t like it, stay home and watch on TV, they say. Funny, and sadly, when I talk to people who have spent their entire lives in this sport, often times they ask, “What did you say?”

Everyone is entitled to their opinion on this subject, just like I am. But make sure you understand clearly what you’re talking about in the real world. There are two ends of the spectrum here – Quiet and NASCAR. I’m sure there’s plenty of room in the middle to make everyone happy. Fans are the consumers of our sport, so let them be heard.

Or, I have a suggestion. Do what I did last fall when I left the friendly confines of the TV booth and headed to the grandstands for the final Cup series practice. I was on a mission to find that guy with a scanner and a headset. Didn’t take long. There he was in his Dale Jr. hat and Jimmie Johnson t-shirt. I sat down next to Ron from Vermont, and his young son. I asked, “How are you doing?” and he about jumped out of his seat. He said, “Hey Mikey, what the hell are you doing down here?” while taking his headset off.  I told him I was taking a survey.

“Ron, do you think the cars are too loud?” I asked.

“No” Ron said as he put his headset back on.

I tapped him on the shoulder and asked, “So, why are you wearing those headphones?”

“So I can hear the drivers,” he said.

“Wouldn’t it be better if you could listen to the drivers and talk to your son during the race?” I suggested.

“Yeah, that would be cool.” Ron and I looked at his son sitting next to us, and although the 10-year-old had no idea what we were discussing, he flashed us both a thumbs up.

I personally want to see what the OEMs can do. The technological advancements made by these manufacturers has to be incredible. Heck, in 1990, I had a jet boat that could be heard from one side of Lake Norman to the other when I wanted to hit the throttle. But when I rolled into a marina, I could hit a switch and the noise would be so muffled it wouldn’t upset the other boaters. That was 27 years ago. I can only imagine what has been developed since then.

Is there a way that decibel levels decrease as RPMs go up? Can we make each individual make of car sound different? Can a Chevy, Ford and Toyota have its own distinctive and identifiable sound?

One thing for sure, the cars have become faster, more aerodynamic, safer, more technologically advanced and more reflective of the car you see in the show room. Another fact, they have continually become louder.

I cannot wait to see what we can do collectively to tackle this issue. And it is just that, an issue. And it is time we addressed it so that the fan who spent a week’s pay to buy his family tickets and travel to the races can comfortably talk to his family while they are enjoying the incredible racing we are seeing these days.

I love when my daughters and grandkids come to a race. It’s how I was raised. When they are there, it makes me feel like a kid again, seeing NASCAR through their eyes. But when the engines crank, it’s not their eyes I think about, it’s their ears.

We have created our playoffs, elimination rounds and now stage racing. To date, each and every one of these have been positive for this sport and the competition is greater than ever.

So, when it comes to the noise, PLEASE, do not let this go in one ear and out the other!  That’s another thing my grandma told me about. 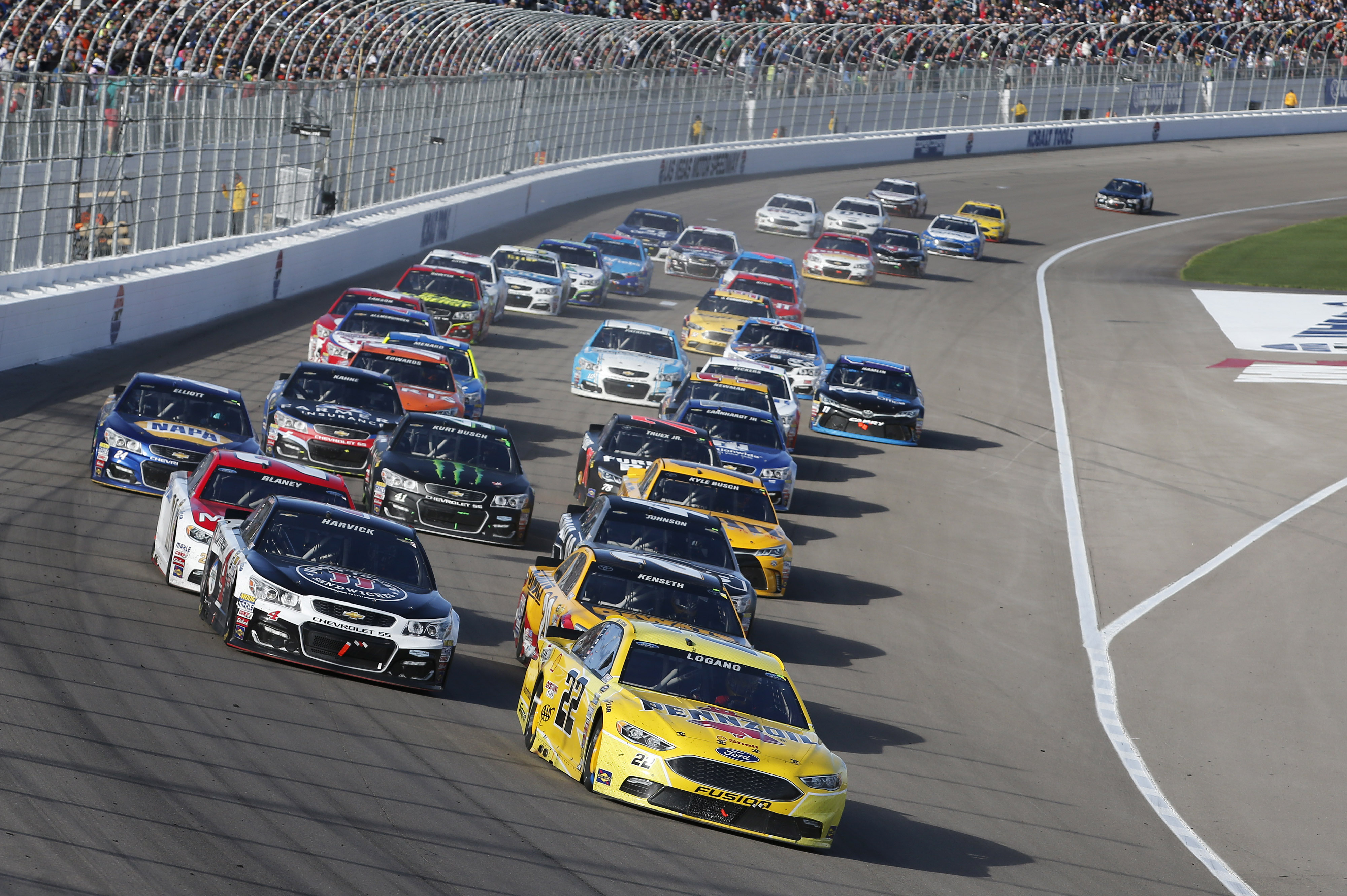