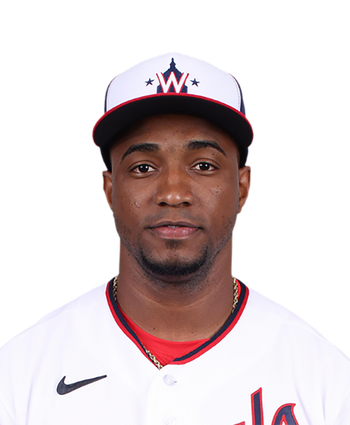 Manager Dave Martinez suggested Wednesday that Trea Turner, rather than Robles, was the most likely option to serve as the Nationals' leadoff man to begin the season, Jesse Dougherty of The Washington Post reports.

Martinez indicated early on in camp that Robles would receive a look atop the lineup, and that's held true so far, with the speedy outfielder serving as a leadoff man in three of his four appearances. However, only one of those turns atop the lineup have come when Turner has also played, and Martinez spoke Wednesday of a desire to keep Turner and Adam Eaton alongside one another at the top of the order when the season gets underway. Robles should still have ample running opportunities even if occupies a spot in the bottom third of the lineup like he did for most of last season, but fantasy managers might have to temper expectations about him taking a major step forward in terms of runs (86 in 2019) and RBI (65).