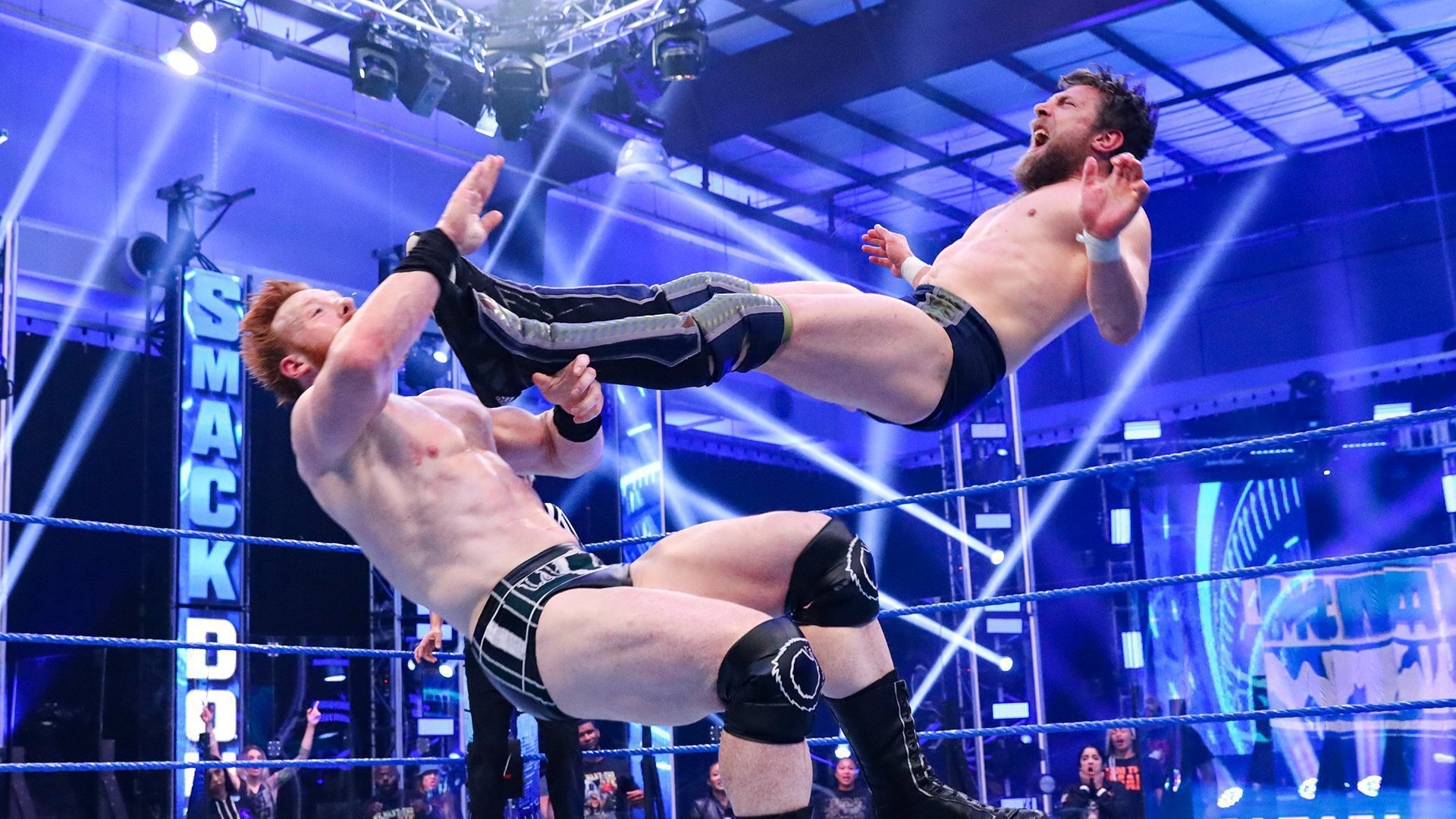 The shocking arrest of Jeff Hardy following a hit-and-run attack on Elias flipped the night upside down, as Sheamus won a 10-Man Battle Royal to reenter the Intercontinental Championship Tournament but was defeated by Daniel Bryan in the Semifinals. Also, Matt Riddle made his SmackDown debut, and Lacey Evans and Sonya Deville battled in a fiery showdown.

After SmackDown opened with the unfortunate revelation that Elias had been struck by a car and Jeff Hardy was arrested as the main suspect, it was announced that a 10-Man Battle Royal would be held to decide Daniel Bryan’s opponent in the Intercontinental Championship Tournament Semifinals. King Corbin dominated with four early eliminations, but Jey Uso ended his reign over the match with a well-timed Superkick. Sheamus and Jey Uso were the last men standing, and a battle on the edge of the ring concluded with a definitive Brogue Kick that brought The Celtic Warrior back into the mix for the Intercontinental Title.

Sonya Deville has been riding high due to her recent dominance over former best friend Mandy Rose and was set on continuing her climb against another “bleached-blonde Barbie Doll” in Lacey Evans. Both Superstars came out ready to brawl, as the match was defined by intensity from the opening bell. Not even the ring could contain the fiery clash, as Deville and Evans traded attacks from outside the ring, and the match ended in a double count-out.

“A Moment of Bliss” brought a celebration of two dominant tag teams as The New Day joined Alexa Bliss & Nikki Cross, but Bayley & Sasha Banks couldn’t let the party happen without putting the proper respect on the original Women’s Tag Team Champions. An impromptu challenge from Bayley set up a showdown between The Boss and Little Miss Bliss . The SmackDown Women’s Champion and Cross sat on commentary for most of the match, but they couldn’t stay outside the action for long, as a brawl between the two allowed Banks to capitalize for the win.

Cesaro’s underhanded elimination of Shorty G in the 10-Man Battle Royal fueled the persistent Superstar to challenge The Swiss Cyborg. Cesaro’s power looked like it would rule the match, but an acrobatic counter roll-up from Shorty G secured the win and left him smiling up the ramp.

Sheamus earned new life in the Intercontinental Championship Tournament by winning a 10-Man Battle Royal. While AJ Styles was happy to accept a bye into the finals, Daniel Bryan wanted to fight his way in, and it was a fight that Bryan got. An angry Celtic Warrior brought anger and energy into the ring and appeared headed for a victory until Jeff Hardy reemerged on the ramp. Bryan capitalized with a Running Knee, and The Charismatic Enigma entered the ring to furiously attack Sheamus following his arrest earlier in the night.

Elias
share story
Fox Sports™ and © 2021 Fox Media LLC and Fox Sports Interactive Media, LLC. All rights reserved. Use of this website (including any and all parts and components) constitutes your acceptance of these Terms of Use and Updated Privacy Policy. Advertising Choices. Do Not Sell my Personal Info