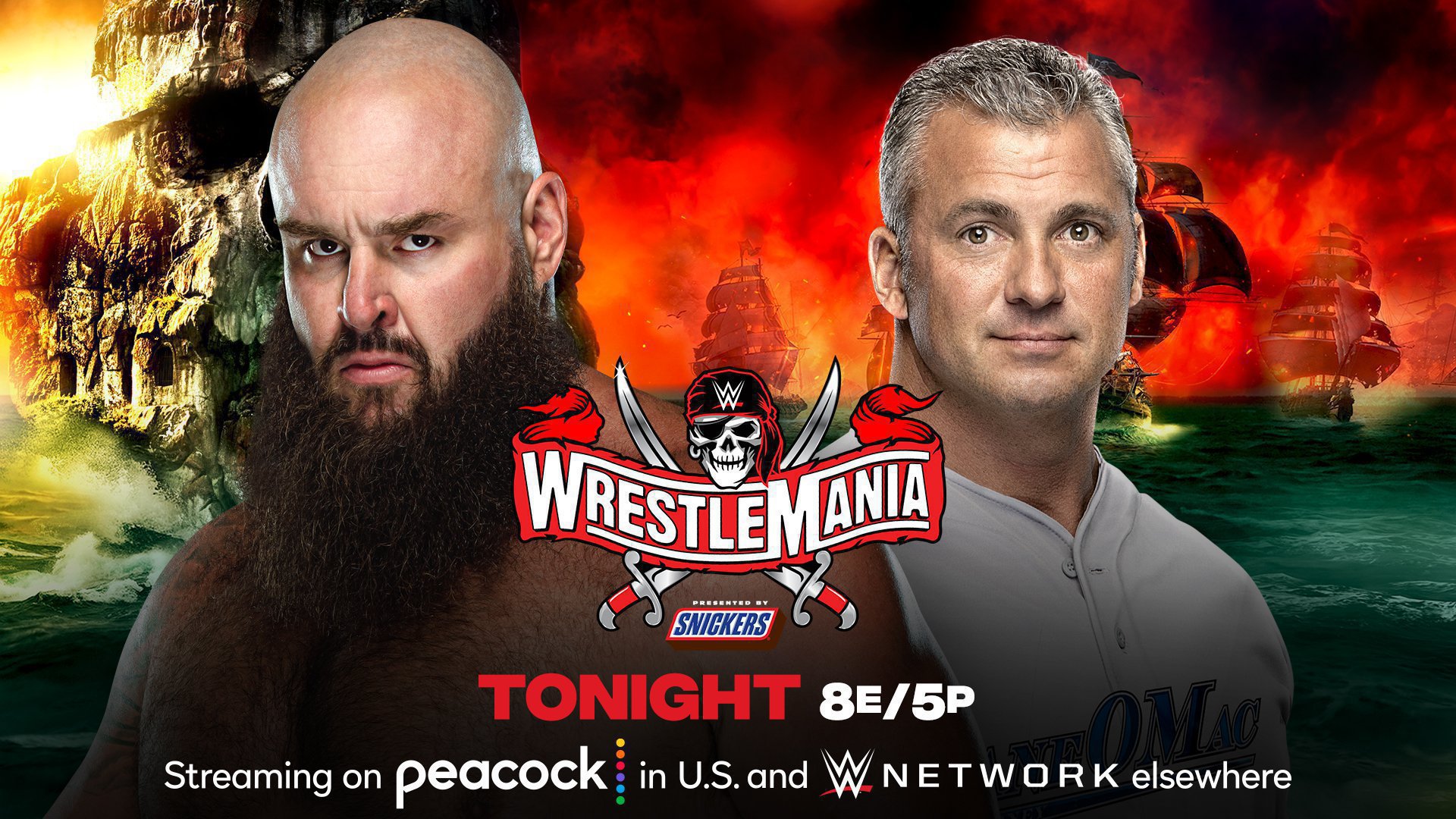 Shane McMahon has drawn the ire of Braun Strowman in recent weeks and will now have to enter the ring with a Monster at WrestleMania inside a Steel Cage.

Shane O-Mac tried various attempts to calm Strowman’s frayed nerves over the WWE Title picture and teach lessons in conflict resolution, but the only possible resolution will come inside the squared circle. After Strowman demanded an apology on Raw, McMahon appeared to initially acquiesce, but he quickly turned to poking The Monster Among Men with insults of his intelligence.

The following week, an incensed Strowman had a new demand – a match with McMahon. Before the opening bell, The Monster came out mauling, but McMahon zoomed in on Strowman with repeated blows with a camera before an elbow drop through the announce table and buckets of slime brought the humiliation to a new level. Strowman sought payback at WWE Fastlane, but his plans were foiled when McMahon suffered an apparent knee injury.

On the March 29 edition of Raw, an enraged Monster Among Men held Shane-O-Mac to his word that he could have any match he wanted by choosing the match stipulation for their WrestleMania showdown: A Steel Cage Match!

How will Strowman respond to McMahon’s bullying when they meet inside the unforgiving steel?

Don’t miss the showdown at the special two-night event, streaming live tonight and tomorrow, beginning at 8 p.m. ET/5 p.m. PT exclusively on Peacock in the United States and WWE Network everywhere else.

World Wrestling Entertainment
share story
Wazito FC don't train to only defeat Gor Mahia in FKF Premier League - Kimanzi ' Goal.com Wazito FC coach Francis Kimanzi insists his team is training to be competitive in the FKF Premier League and not to beat only Gor Mahia.
8 MINS AGO • GOAL.COM
If you want to see the future Detroit Tigers, head to Akron now The Detroit Tigers are starting to look like a baseball team. The arrival of Casey Mize, Tarik Skubal, and Matt Manning has finally given Ti...
10 MINS AGO • MOTORCITYBENGALS.COM
Opens scoring in win Garcia went 1-for-4 with a solo home run in Wednesday's 4-3 win over Pittsburgh.
Impact Garcia's blast, his first of the season, kicked off the scoring in the second inning, as the White Sox snapped a five-game losing skid and salvaged the final game of their road trip. He started at second base, which has been occupied primarily by Danny Mendick since Nick Madrigal suffered a season-ending hamstring injury. Mendick was given a breather Wednesday amid a 1-for-14 skid. Garcia has caught fire the past month, batting .299 (20-for-67) with a .785 OPS while playing multiple positions in the outfield and infield.
11 MINS AGO • ROTOWIRE
Fox Sports™ and © 2021 Fox Media LLC and Fox Sports Interactive Media, LLC. All rights reserved. Use of this website (including any and all parts and components) constitutes your acceptance of these Terms of Use and Updated Privacy Policy. Advertising Choices. Do Not Sell my Personal Info