GELSENKIRCHEN, Germany (AP) — Schalke won a Bundesliga game for just the second time in 15 months as Suat Serdar scored the only goal in a 1-0 win over Augsburg on Sunday to delay the last-place club's seemingly inevitable relegation.

A goalkeeping blunder handed Schalke the lead when Augsburg's Rafal Gikiewicz dropped a none-too-threatening cross from Klaas-Jan Huntelaar at Serdar's feet. The midfielder marked his 24th birthday by knocking the ball past the prone Gikiewicz for his first league goal since January 2020.

It marked the first win for Schalke under coach Dimitrios Grammozis, who said the feeling was “like when you fall in love for the first time.”

Grammozis started with on-loan Arsenal players Sead Kolasinac and Shkodran Mustafi on the bench and only brought them on in the 74th and 78th minutes, respectively. Schalke's only other win in the Bundesliga this season was an unlikely 4-0 victory over Hoffenheim under then-coach Christian Gross in January. Augsburg is 11th.

Schalke needs 13 points from its last six games — the same number as it's earned all season so far — to stand any chance at all of survival. Schalke has been a fixture in the top tier of German soccer since 1991 and was in the Champions League as recently as 2018-19. The club is already focusing on plans for life in the second tier while trying to stem heavy financial losses.

Mainz won 3-2 at Cologne with a stoppage-time goal from Leandro Barreiro to rise to 14th and leave Cologne in the relegation zone. Cologne is winless in eight league games amid speculation over the future of coach Markus Gisdol. Mainz struggled in the first half of the season but has 22 points from 14 games since Bo Svensson arrived as coach in January.

Mainz took the lead in the 11th with Jean-Paul Boetius' shot going in off the crossbar before Cologne responded with Ondrej Duda scoring from the penalty spot in the 43rd after Phillipp Mwene handled the ball. Cologne led for four minutes with a header from Ellyes Skhiri in the 61st before a swift reply from Mainz on the counterattack with Boetius crossing low for Karim Onisiwo to tap the ball in at the far post.

Just as it began to look as if Mainz would settle for a 2-2 draw, its counterattacking skill cut the Cologne defense open again. Moussa Niakhate dribbled through the center and played in Mwene on the left. He squared for Barreiro to hit a low shot from the edge of the box which slid inside the post.

Cologne defender Kingsley Ehizibue was taken off with a suspected concussion after colliding with Mainz's Jonathan Burkardt. Later, Burkardt left the pitch arm-in-arm with two Mainz staff members after Cologne defender Jorge Meré's arm struck him in the head.

FC Augsburg
event_recap
share story
'Undisputed' crew reveals confidence levels in Paul George ahead of NBA playoffs Which Paul George will show up in the playoffs? Skip and Shannon discussed the LA Clippers superstar on "Undisputed."
6 MINS AGO 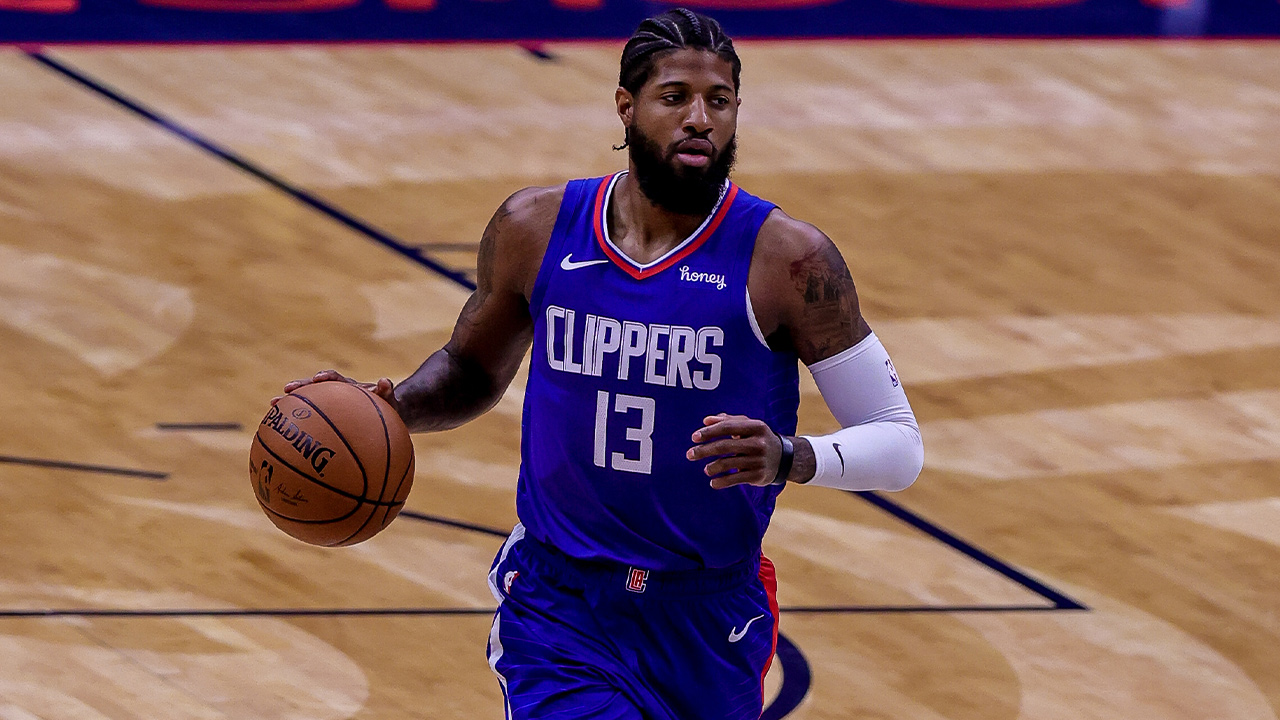